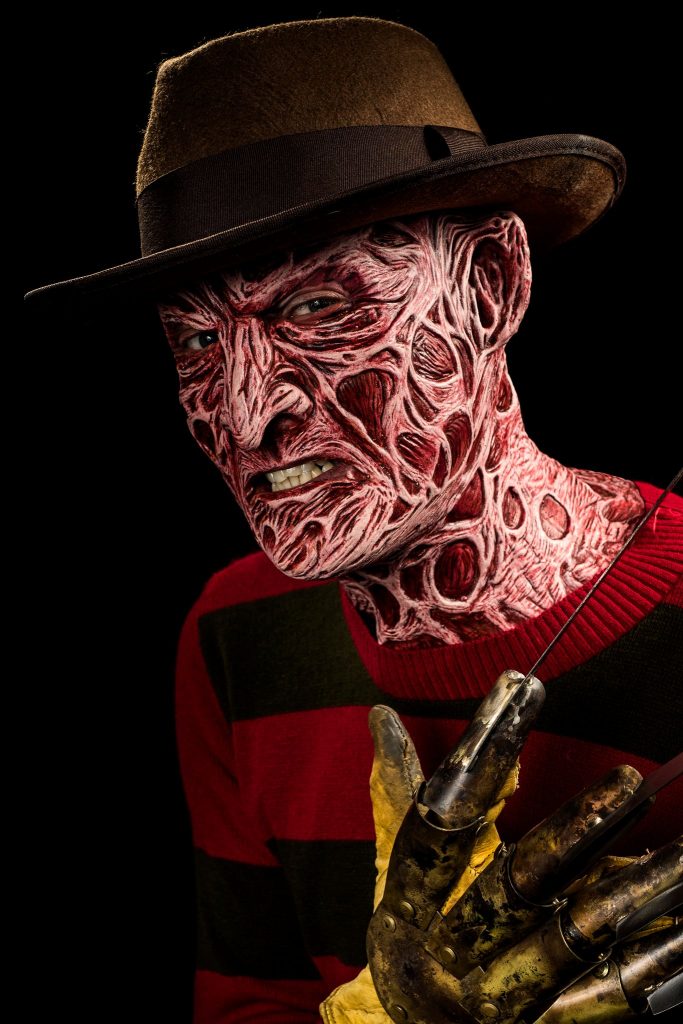 This was a bit of fun. Something to prove I don’t just “work” and I have a real life outside the studio, or something like that. A horror cosplay shoot organised by the wonderful Hazel Riddle, friend, photographer and a general tormentor.

I wanted to keep the original dark theme of the movie within the image, which is straightforward in a studio environment. Just shoot at a low ISO and a high shutter speed. Job’s a good’un.
A very simple three light setup with two accent lights either side of the subject and about two feet beyond him. Frame left accent is an Elinchrom ELB400 placed quite high to catch the rim of the hat, firing at an output of 4.0 through a 40cm gridded beauty dish, enhancing the texture and shape of the hat.

Frame right accent is marginally above his ear height, and was designed to give texture and shape to the cheekbone and edge of his eye area, jawline and ear. This was another ELB400 firing through a honeycombed stripbox. (Originally tried another gridded beauty dish, but found the light path a little too restricted).

Keylight was a 70cm gridded beauty dish, immediately to my left and above my head. This was an Elinchrom BRX500Ri with an output of 4.5 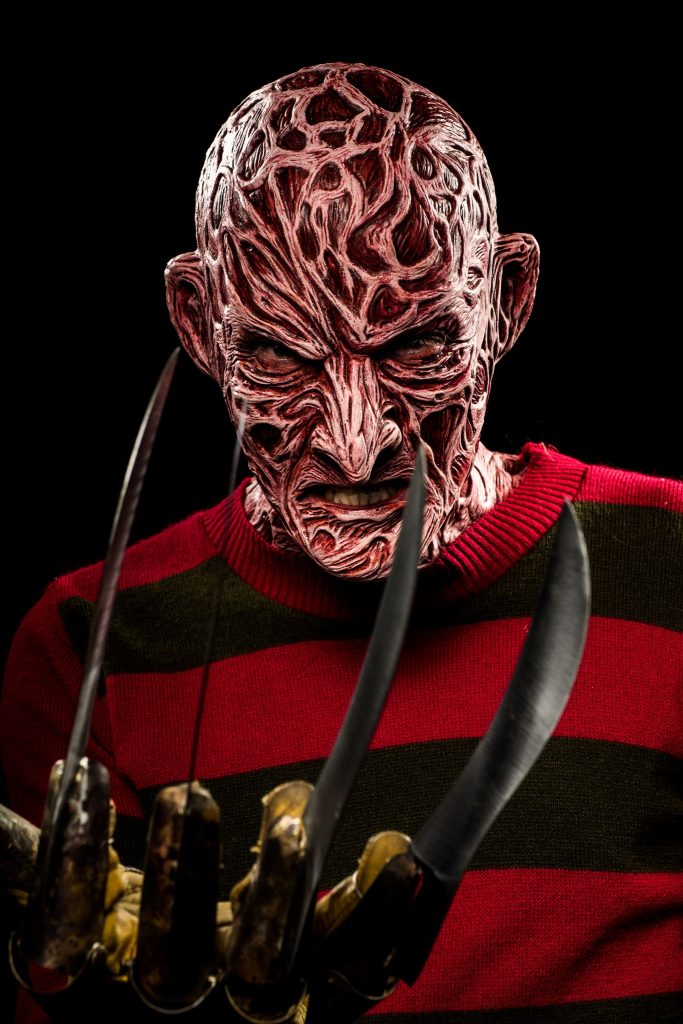 This second image has a similar setup, although the frame left accent light was lowered to provide shape and texture across Freddy’s head, and swapped out for another honeycombed stripbox 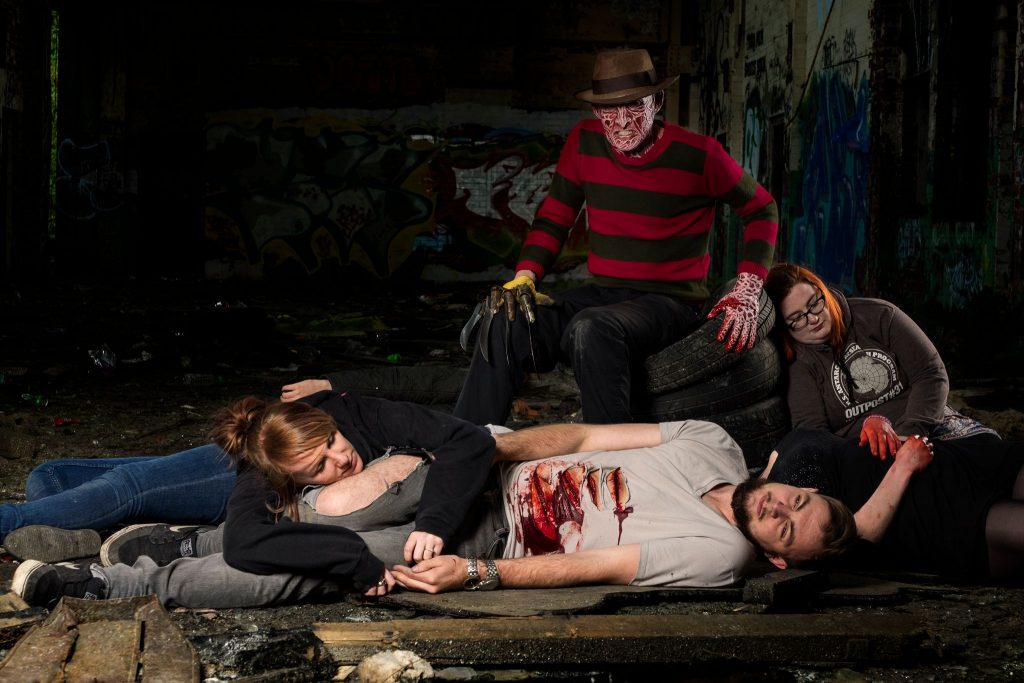 Final image was a little later the same day, out on location. Driving through town with Freddy sat in the back seat was kinda weird, and disturbed a few passing drivers.

This time it was three ELB400 units. The two accent lights either side are still gridded stripboxes, but the frame left is horizontal to provide accent across a broader depth. The frame right is just out of frame, and gives good shaping to Donna and Freddy. Frame left Accent is set to an output of 5.0 due to the distance. Whereas the frame right is at an output of 3.0.

Thanks to Chris Sutcliffe who played Freddy, and put up with far more than he should have done.

Many thanks to Donna who also photographed and played dead.

Talking of corpses, the gashed chap at the front is none other than Joe Lord, making a special cameo appearance.

And of course, it just wouldn’t really have been the same without Tamsin Greenbank, who did a sterling job on the makeup and SFX

Special thanks has to go to Hazel Riddle, for getting me to do something other than work. Well, kinda

Bus man’s holiday, and all that.

Incidentally, would you like to see what we did with Batman?