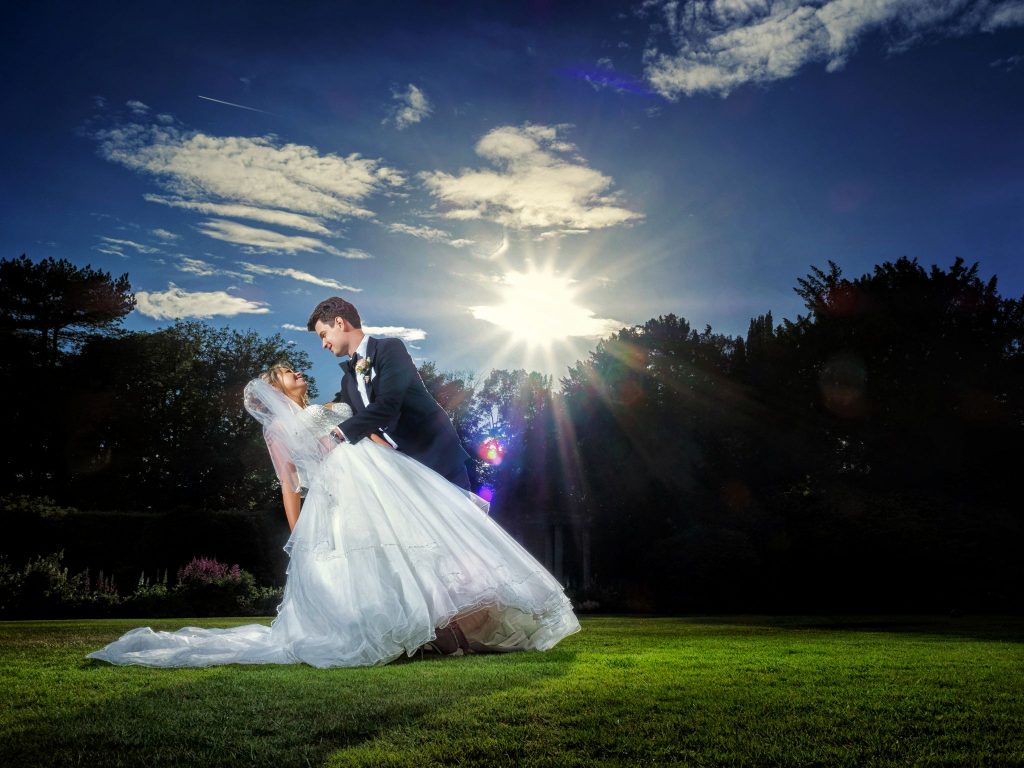 I do enjoy working at Eaves Hall, whether it’s photographing their food, their rooms, or as in this case, a wedding. The venue allows a vast array of opportunities for the creative photographer.

The above image was late afternoon, during the bridal portrait session. We had glorious skies with interesting clouds, and I really wasn’t going to let that kind of opportunity pass me by.

The first thing I needed to do, was carefully coach Andy with regards to the pose. After the first attempt, he was able to see how it looked on the back of the camera, and was then able to adjust his position accordingly.

Now, to the lighting.

Obviously, the sun was going to play a major role, and I wanted to deepen the blue of the sky for maximum effect. Using the E-M1 mkII, I have a maximum sync speed of 1/250th sec, which means I needed to rely on a low ISO of 64 and raise the aperture as high as feasible, which turned out to be f16.

A side effect of using a small aperture such as f16 is the fact you get a nice sunburst.

I placed an Elinchrom ELB400 frame left at a height of around six feet, and firing through an 18cm reflector at an output of 5.0.

Frame right, I placed another ELB400 at a height of six feet, and again firing through an 18cm reflector. This time, as it was further away from our couple, the output was set to 6.0 (full).

To my immediate right, I had a third ELB400 at a height of five feet, firing through an 80x80cm folding softbox at an output of 5.0.

This is the obligatory behind the scenes image. 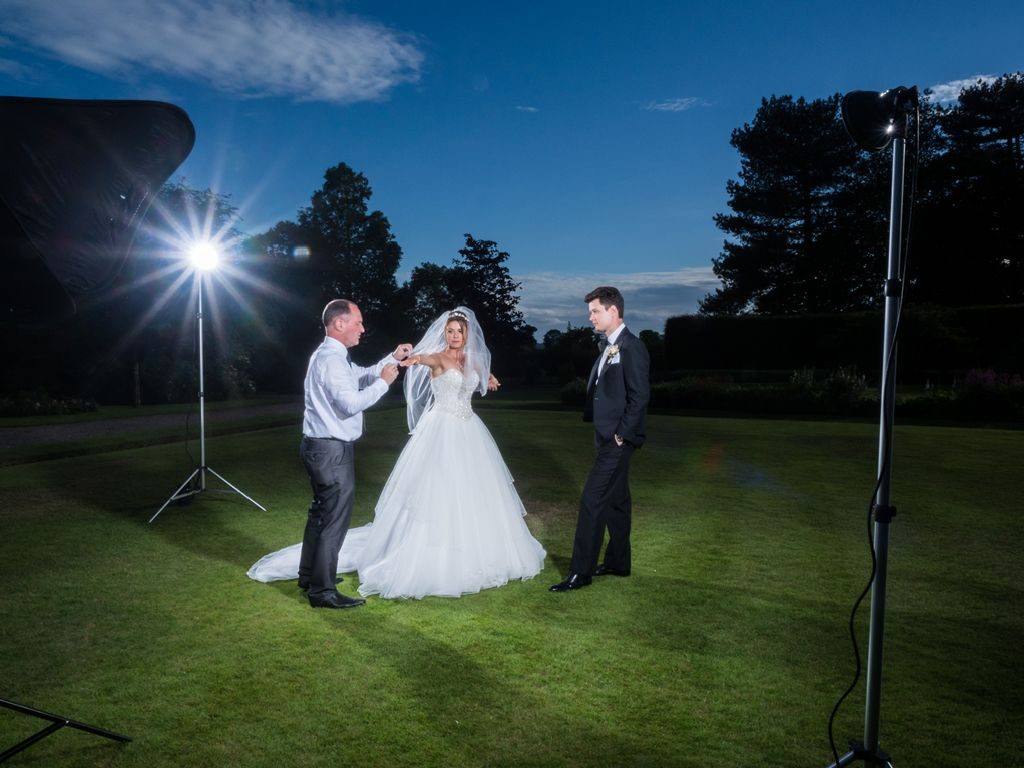 Eaves Hall is a stunning venue, and details can be found at www.eaveshall.co.uk

my wedding work can be found at weddingsbymichael.co.uk