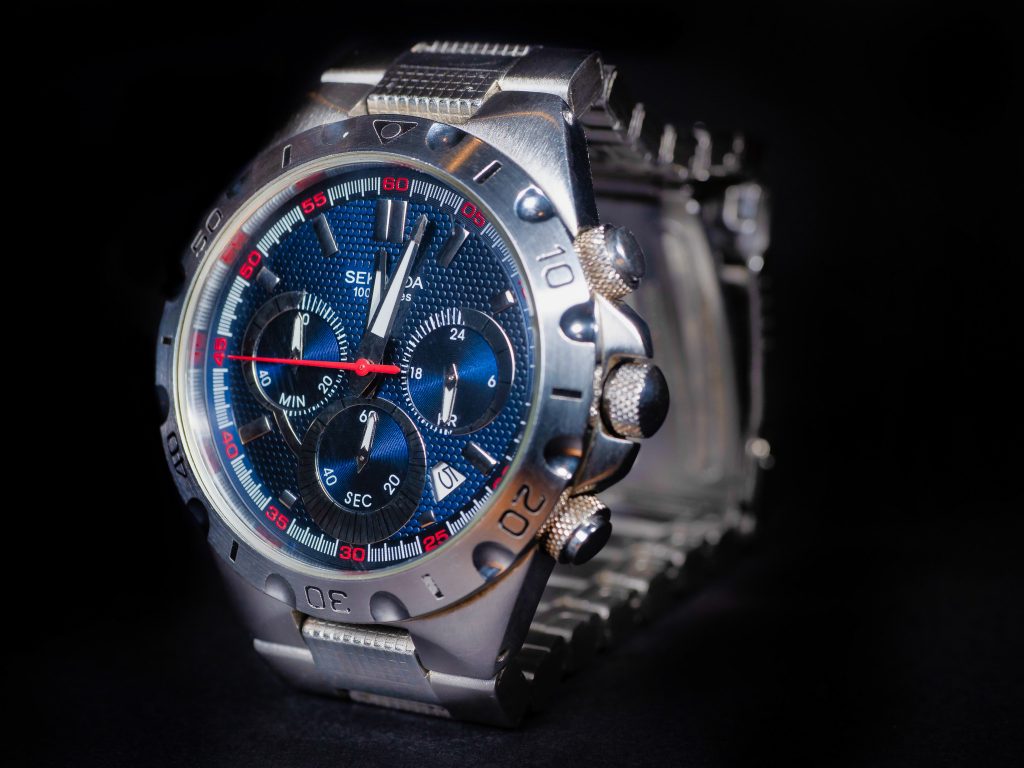 So, we are in the middle of Covid-19 lockdown. The kids are running riot, and I’m all out of duct tape. The wallpaper hasn’t changed in the last hour, and my slippers are wearing thin from all the pacing up and down. Talking of wearing thin, my Mrs.’ patience is pretty much getting the same way due to the aforementioned pacing and grinding of teeth.

Can you even begin to imagine the enthusiasm I might have, when I’m contacted by Mr. Rowley of The Flash Centre, asking if I could put together a very simple example image, that can be reproduced in the home. The idea being to encourage folk to do something whilst waiting for their release date.

I wanted to restrict my lightsources to something that most photographers would have, which I felt would be two speedlights. I have some cheap speedlight mods, but I will also suggest DIY alternatives for those that are stuck.

Okay, if we are going to use just two speedlights and a couple of simple mods, then I thought we should use a subject that may be thought of as being a little more difficult. Besides, I was wearing my watch at the time I was starting to set this up, and I didn’t fancy wading thigh deep through the kids’ bedroom, in an effort to find a suitable toy figure that was still complete. Not to mention I’d likely get drawn in to play with dollies or tea parties. Again!

The above image is the final shot. Very simply staged and lit. In my search for props/staging/subjects/food, I found two printed images in black card folders, around A3 in size(ish). These were utilised as the base and backdrop, being careful to choose the sides with the least marks or greasy fingerprints. I then carefully placed the watch so I could see both the face, bezel and strap through the viewfinder. This was on the kitchen table, by the way. I didn’t bother turning off the kitchen lights, as I was intending to shoot above the ambient anyway. At an ISO of 200, a shutter speed of 1/250th of a sec, and an aperture of f5.6, I basically got a black frame. This confirmed I would get no contamination from the ambient light.

My keylight was to be placed frame left, and pretty much alongside the camera. I wanted it to be on axis with the watch face, so as the angle of incidence of the light path would mean the light would be reflected towards the source, rather than towards the camera. This would ensure I didn’t get a white glare across the glass, obliterating the details of the watch face. This is a basic speedlight. And by basic, I mean it’s a manual only model, available for two & six on most interweb auction sites, blah blah blah. With regards to the modifier, and because this was to be my keylight, I wanted a fairly broad, soft light. I have a rather old Lumiquest Ultrasoft, which is basically a bounce card with diffuser panel. There are a shedload of similar modifiers available on same said auction site. There are also other speedlight diffusion/sofboxes available.

If you don’t have anything, try taping some white card/stiff paper at 45 degrees to the head. This broadens, and therefore softens the light. For added diffusion, shoot through a single layer from a tissue.

The speedlight output was at minimum, which was 1/128th. Triggering was via radio receiver, but in this scenario, using slave mode, and triggered by an on camera flash set to minimum would easily have worked too.

Now, my accent light needed to go across the face, so it would pick up the detail on the dial and just lift enough detail on the bracelet to stop it disappearing into the darkness. Again, another cheap manual speedlight, triggered by a radio receiver. I have a few grids specifically for speedlights, and used one here, so as to prevent the light flooding the whole scene In particular, I wanted to keep the light off the background, keeping it black. Output was again set to 1/128th.

If you don’t have a grid, make use of a toilet roll inner, and leave it long. You will have to bodge the mount, and use masking tape to fix it in place, and occlude any of the speedlight face that may allow the light to escape. The reason I said leave it long, is because it will act as a long snoot, keeping the light tight, allowing much greater control over the intended target area. Mind you, considering the panic buying of toilet rolls that has gone on in the UK, you may need to be a little creative and come up with an alternative. Or simply roll your own with some card or paper.

And to make it far easier to understand what the hell I’ve been babbling on about, here are the behind the scene images I seldom remember to take. 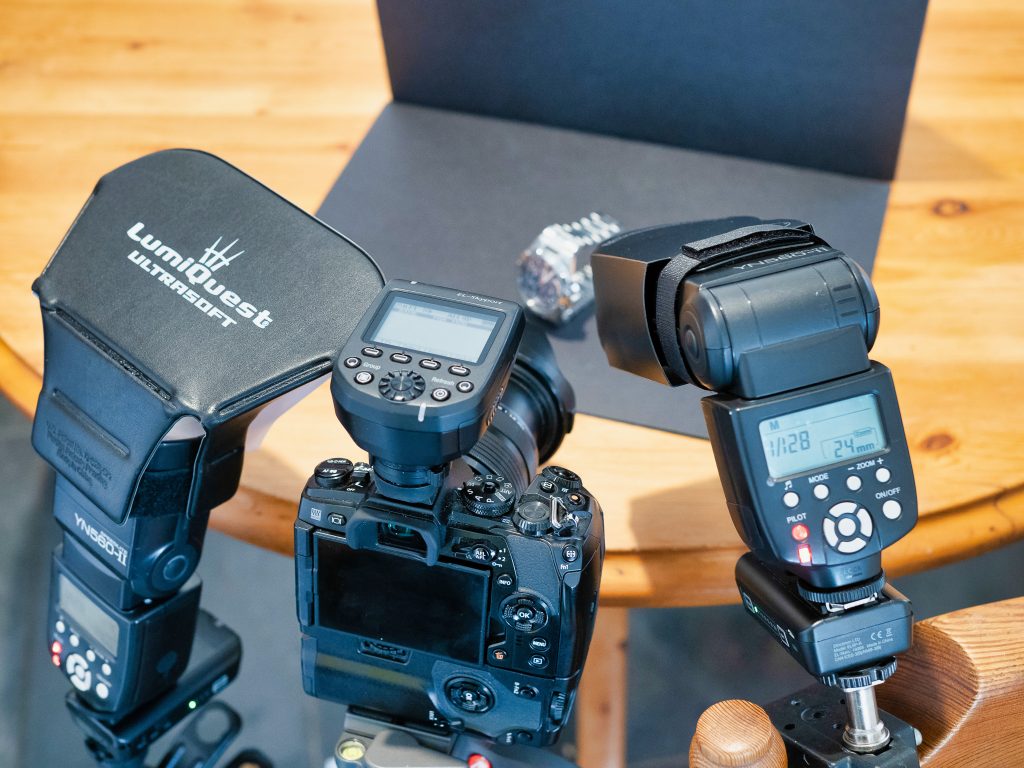 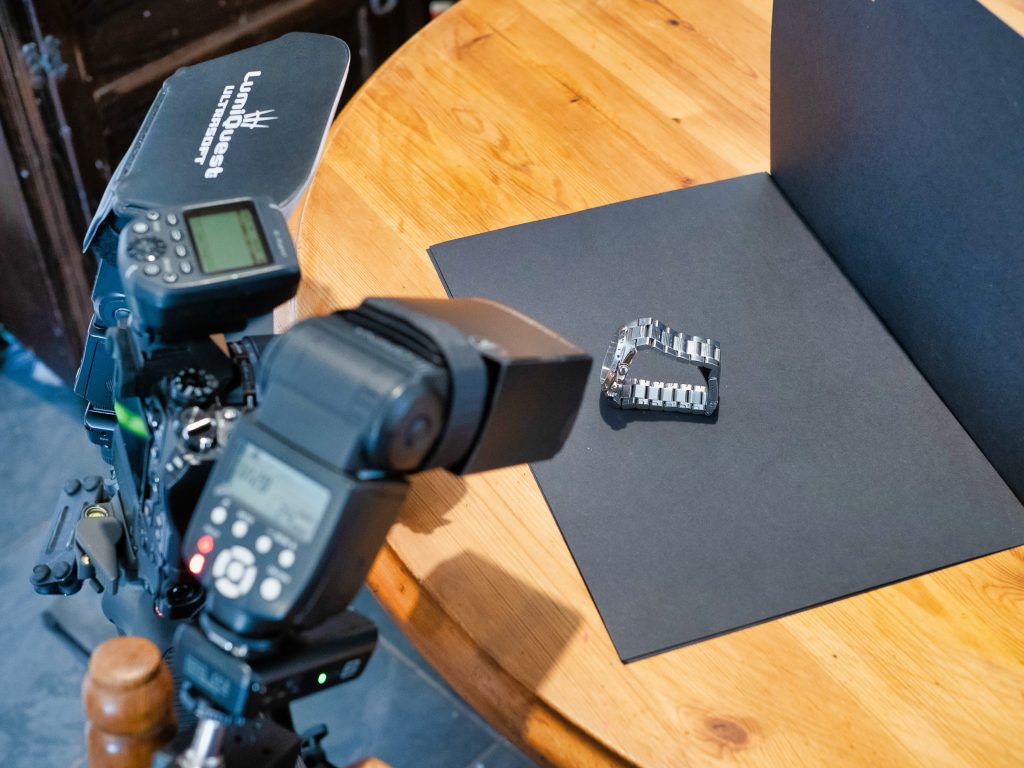 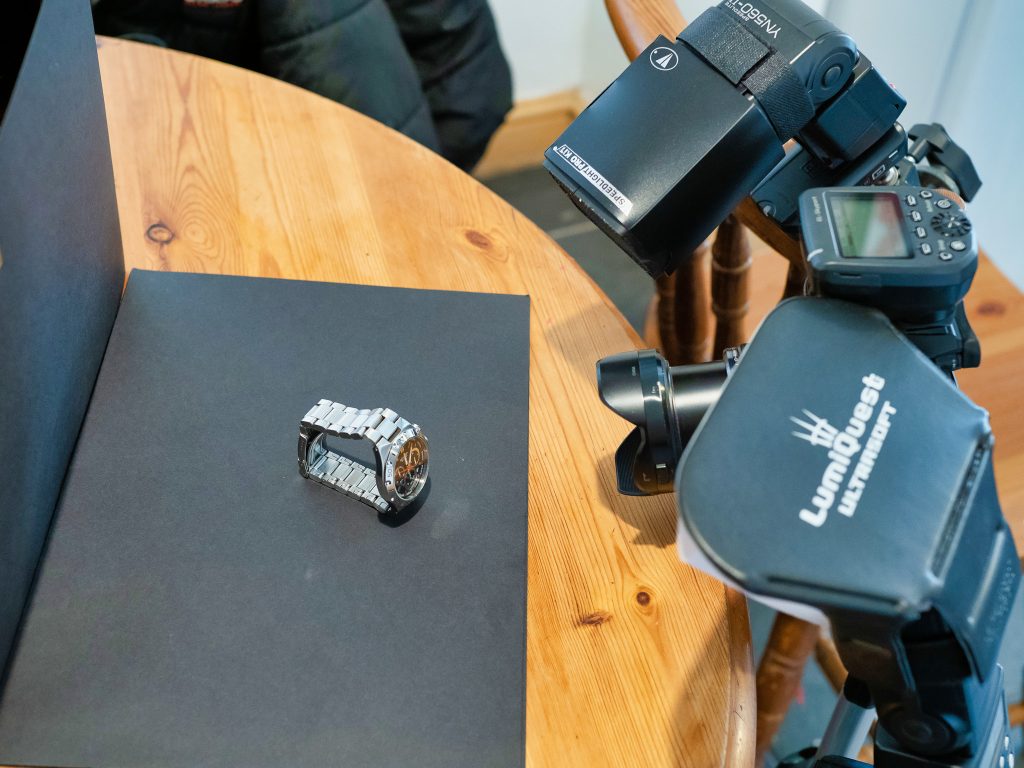 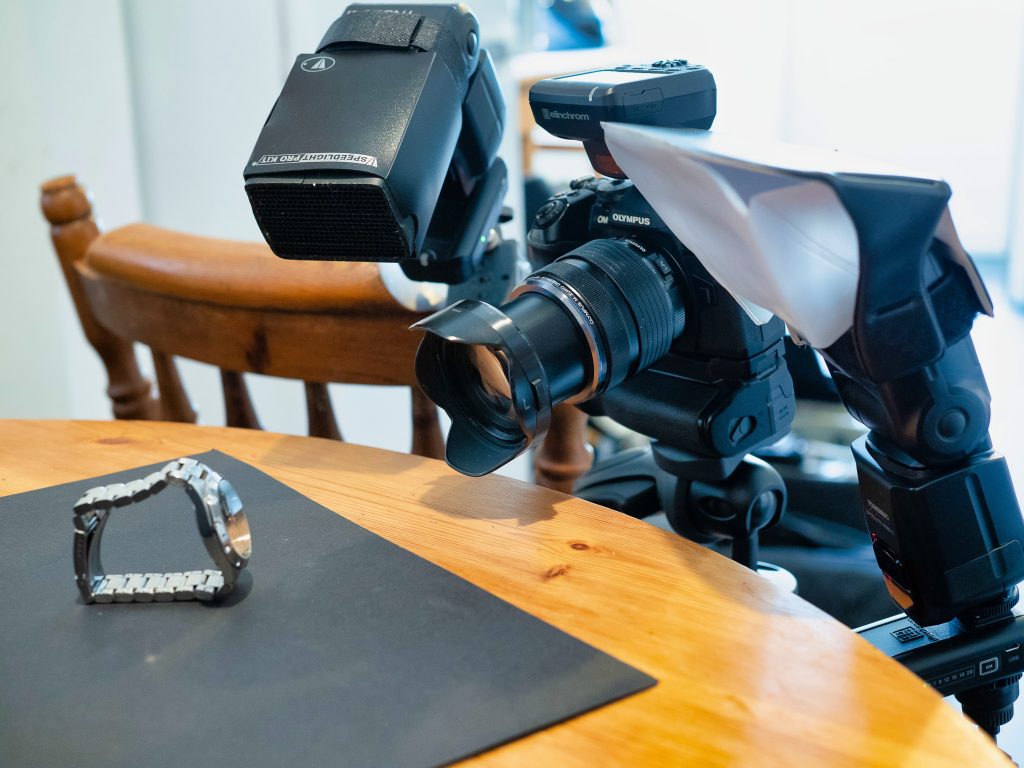 Well, that was fun, and it kept me entertained for a few hours. More importantly, it reminded me why a camera fits my hand far better than a dolly.

See you on the other side…