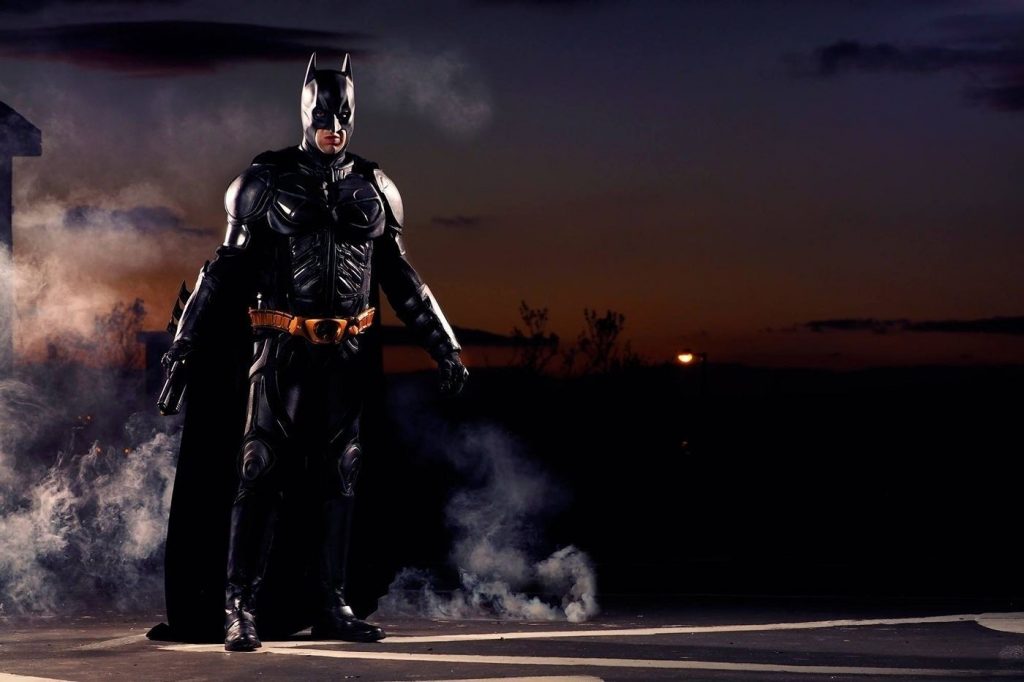 First things first. I very rarely get to shoot anything purely for myself. Everything tends to be client driven. This shoot, however, was organised by one of my crew, Wayne Myers, and I think it was basically to stop me being so grumpy. Well, for a few hours at least!

This image was from a shoot at the tail end of summer 2015 and was the first real outing for the Olympus OM-D E-M1 and 40-150mm f2.8 Pro lens. Basically, I wanted to create a cinematic look, with the hallmarks of the DC comic hero’s stomping ground.A number of things were needed, such as an interesting sky, although not necessarily a sunset. A good overcast sky, with lots of texture would have been equally good. The other main contributing ingredient, was a US style street setting, and it was this bit that had me a little worried. My studios are near Burnley, where the closest we get to anything remotely American is a McDonalds and a KFC.

This required a bit of homework first, so Wayne and I headed out to an abandoned power station about 20 minutes away. The flat roof had some interesting paintwork, and also elevated us above any UK distinguishable street furniture or landmarks.

The next thing we needed was distance. Enough distance that I could use a long lens to help isolate the subject, and again, add to that cinematic feel. Once happy with the location, we then arranged a date, dependant on weather, workload and availability of all parties involved.

Our Batman is Steve Hird, in a £2000+ costume. The attention to detail is incredible, and he certainly looks and sounds the part. Well, at least until you saw him arrive in an older car, chauffeur driven by his wife, because the suit isn’t quite as flexible as it needs to be to drive. The fact he needed to be pulled from the car by his wife kinda ruined the illusion.

The first thing I needed to do, was to find out where I was at with the ambient light levels. Because I’m lazy, I set the ISO to 400, and took a single shot in program mode. This told me the camera believed a well exposed image should be taken at 1/25th sec and f2.8.

I now switched to manual mode and dialled in 1/25th sec, f5.6 at ISO400, which effectively underexposed the scene by two stops. This means the rooftop is basically a silhouette, but the sunset has become much richer in colour, whereas there wasn’t a great deal of colour there to begin with.
Okay, onto the lighting…

The main light is a Godox Witstro 360Ws, firing through an 80×80 folding softbox, just outside the frame (frame left), and firing at ½ power. It was roughly eight feet from Steve.

There are two accent lights, one either side of Steve, and both above head height. They were both Godox Xenergiser 600Ws, firing through high intensity reflectors (which intensify the light, effectively adding 2.5 stops to the light intensity). Each of these lights were a little further back than Steve (about two feet further back from the camera than the distance to Steve) and both were firing at 1/8th power output.

Now, the above image is actually a little later into the shoot, and the light was disappearing fast! I had to drop the shutterspeed to a handheld 1/6th second, an aperture of f5 and ISO at 400.

The final touch was to ignite a couple of smoke pellets, again to add validity to the suggested US street scene. 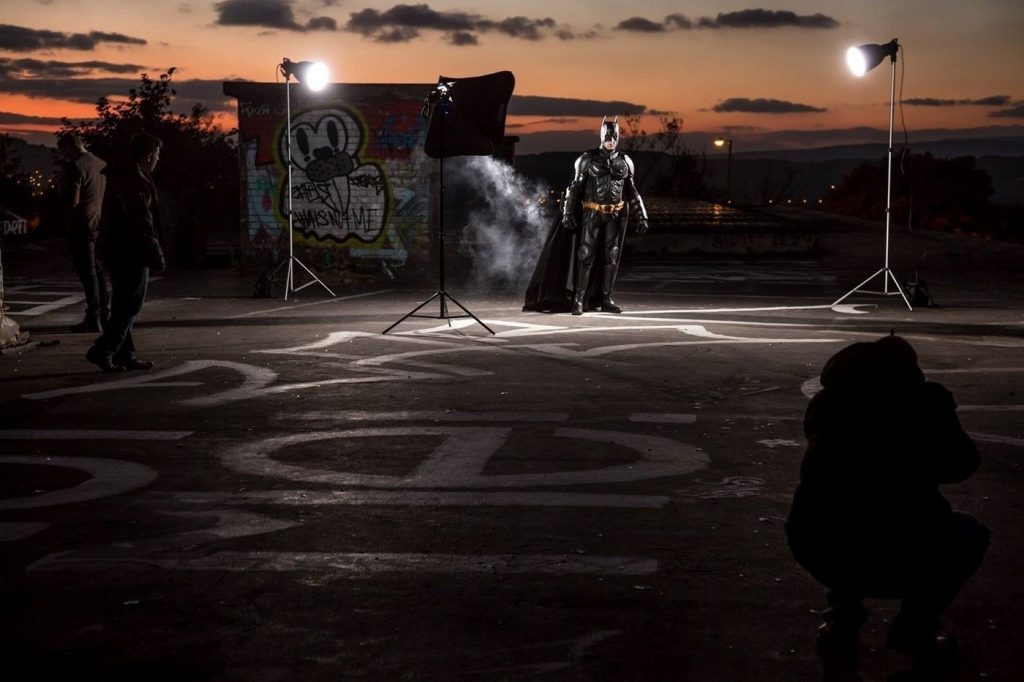 This is a behind the scenes shot, kindly provided by Victoria Jackson. Far left is Chris Lewis and Wayne Myers. The guy with the broad backside in the lower right corner is me, and the pimple on my head is the radio transmitter aerial.

Notice the lack of colour saturation in the sunset, and also the extra detail discernible in the background, which is something I wanted to avoid. Victoria basically took this at what was determined to be the correct setting for the ambient. 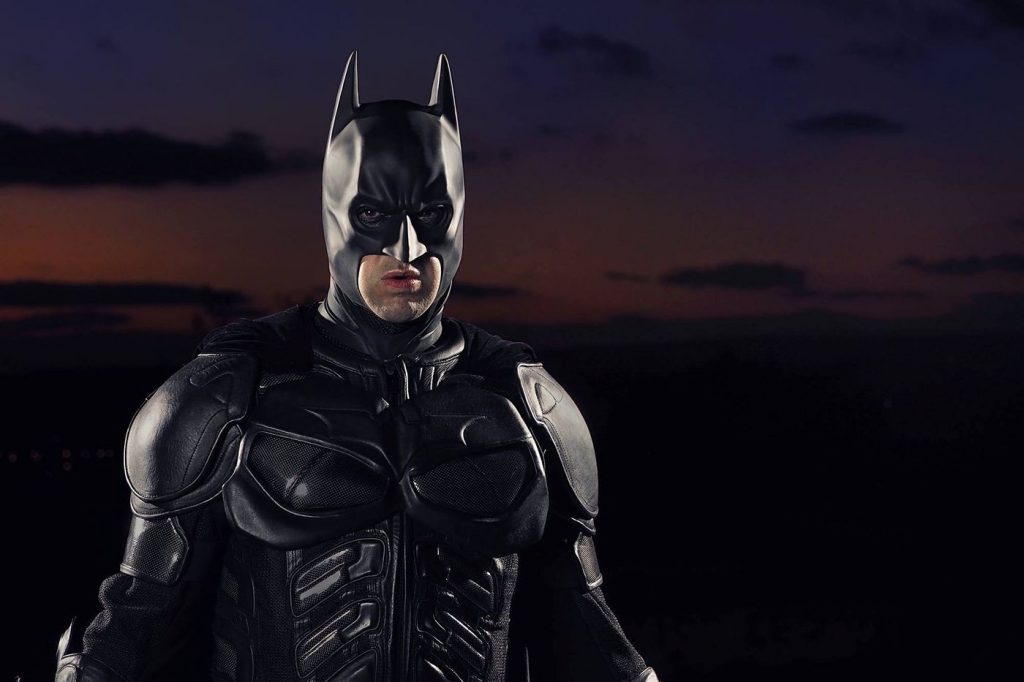 This is the image from the earlier part of the shoot, where the lighting was set as above, and I was much closer, concentrating on a close up for Steve. The ambient light wasn’t too bad here, and this is where I originally started out with a shutter speed of 1/25th sec ISO400 and f5 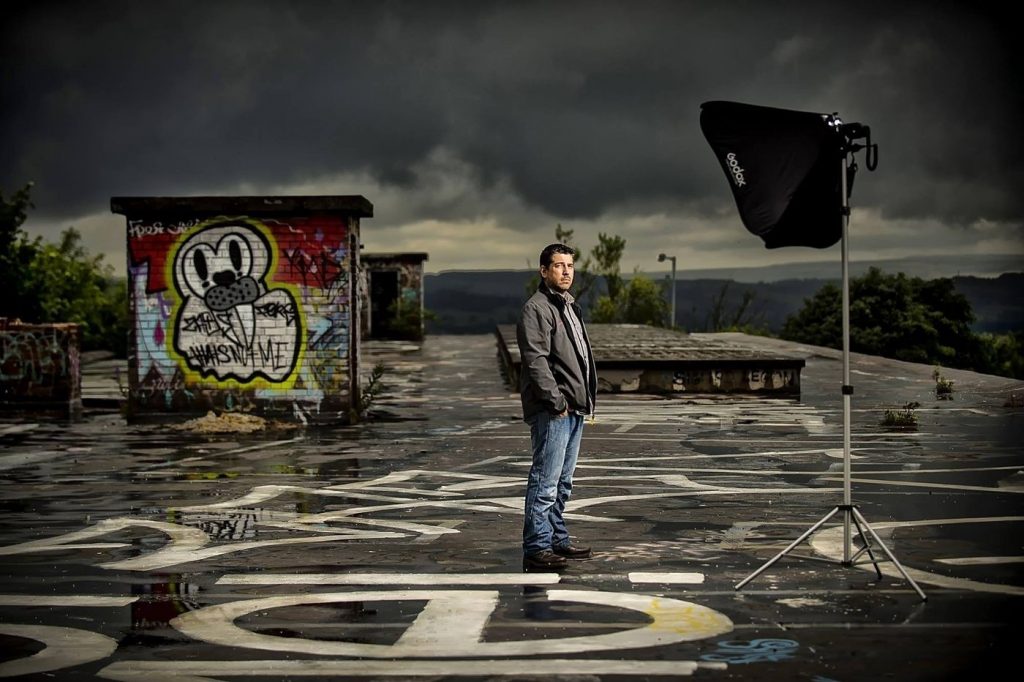 This is the original test shot from the scouting trip, some weeks before. Mr. Myers is playing the part of the light test dummy with awe inspiring accuracy!

And just as a bit of a throwaway, the last image below was shot from ground level by Wayne when we first arrived for the shoot. All ambient, and basically created for Steve to use as a header for his charity dedicated facebook page etc. 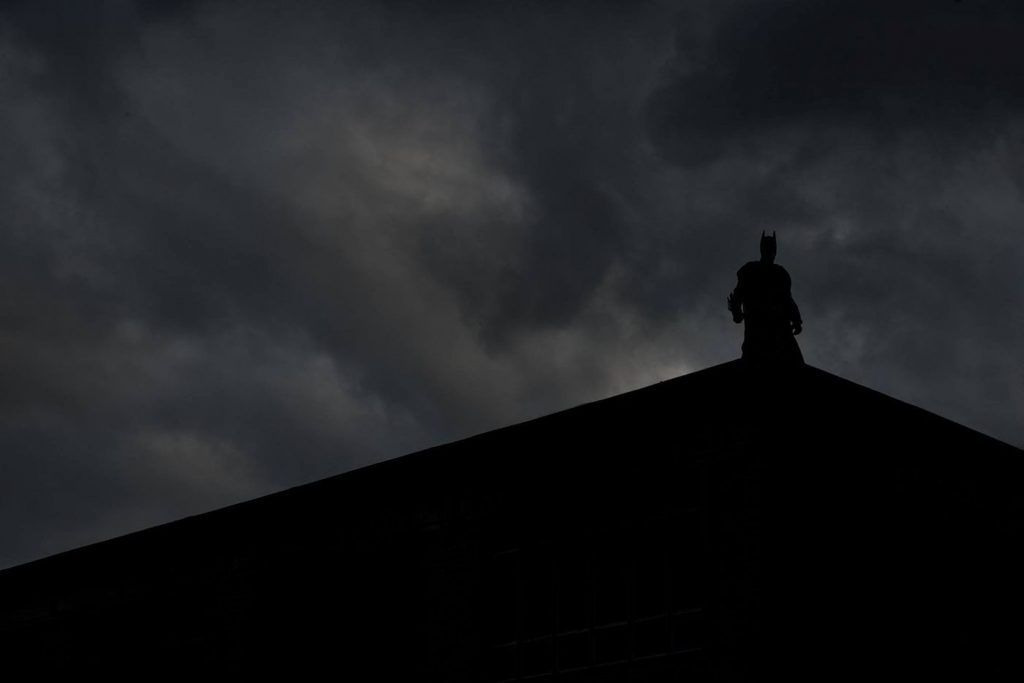 Apparently, Steve has quite a collection of costumes, and it looks like we’re going to get to do it all again