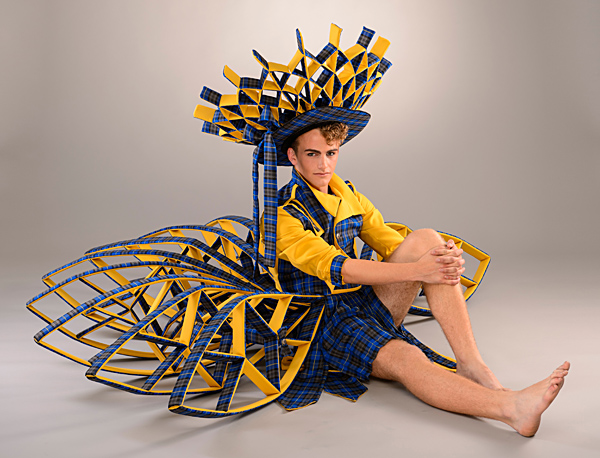 After spending most of the day shooting fashion on location for Adnan Bayyat, we then started work on the Couture collection at the studio, and there was an awful lot of it too. It was certainly going to be a long day. All the collections needed to be photographed in one day, as the London Fashion Week with Fashions Finest was looming.

We chose to use a light grey background, mainly because it was neutral, and wouldn’t impact in any way on the outfit colours or textures. Lights tended to be Lencarta Elite Pros or Superfasts.

Lets start with the background lighting. You can see a central spot on the background, although a little high in this instance as it was set for the model standing, and basically, I forgot to lower it. The light is provided by an Elite pro 600 firing through a gridded high intensity reflector at ½ power and is positioned off to the right. The rest of the background is evenly lit by two Elite Pro 300 heads, one either side, and both firing into white reflective umbrellas with an output of ¼. They were positioned at about six feet tall.

Accent lighting, although fairly subtle here, was provided by two Elite Pro 600 heads, firing through strip boxes and each at around 1/8th output. The heads were placed either side and slightly further back than the model.

The main light was provided by a SuperFast 600 firing at ¼ output into a very large 165cm jumbo para umbrella, which provided the softest of light.

I also set up what our cousins from across the pond would refer to as a “kicker light”. Basically, a 60×60 softbox lay on the floor, which means it naturally has an elevation of about 45 degrees. This lifts the shadows under the chin and eyebrows. It also lifts the light a little on the lower limbs. This had a Superfast 300 firing through it at just under ½ power. The kicker light was turned off for the above image, as our model was quite close to it, and there was a fair bit of difference in brightness from his foot to his face. The kicker was used in all other images, and the lighting and camera settings changed very little between images, if at all. 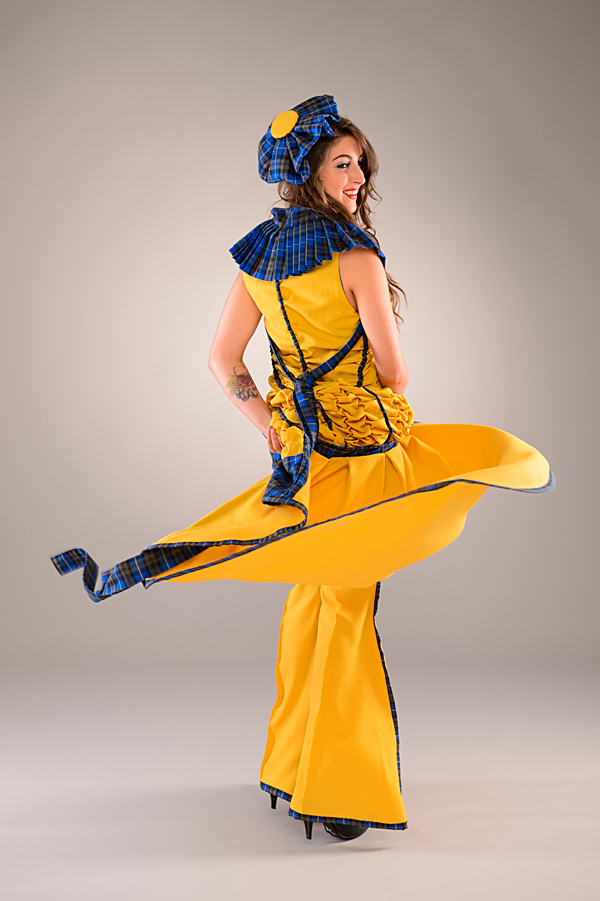 The attention to detail that Adnan has put into these outfits is clearly visible, but what can’t be seen to the casual onlooker, is the extent to which these outfits were actually finished. All the models remarked on how comfortable they all were, and believe me, that’s not something you tend to hear in a fashion shoot! The outfits all had a sense of movement about them, even when still, but particularly when the model moved. Erm… not sure I explained that too well 🙁

Anyway, I wanted to capture the motion of this dress top as the model span around. The fabric was quite light and span out to a beautiful circle. 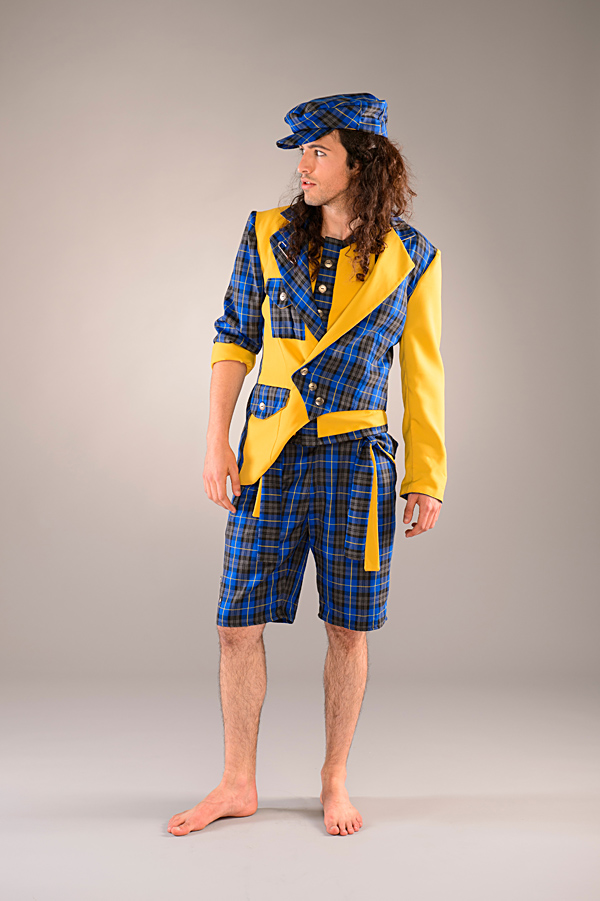 One of our gentlemen models 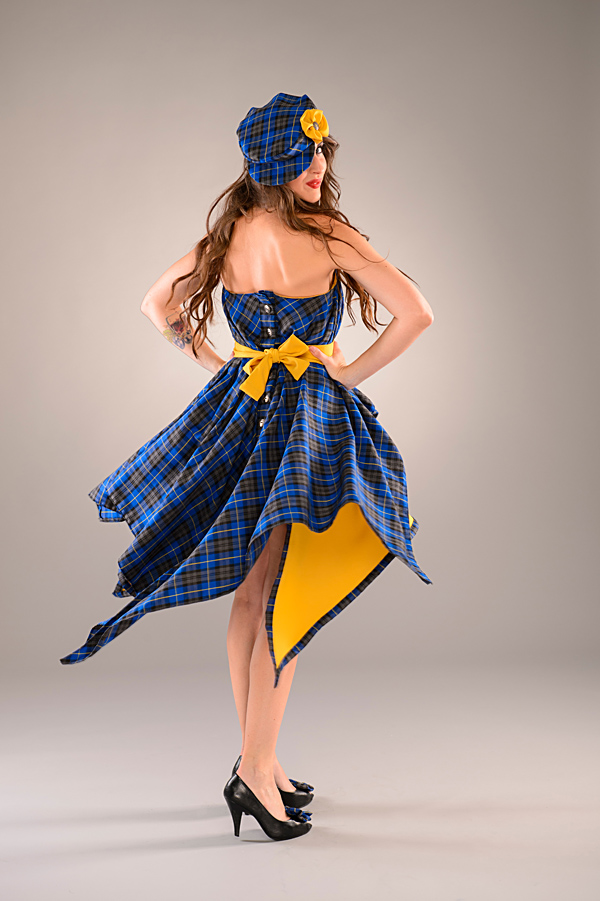 Similar reasoning with this one, as with the yellow outfit above. 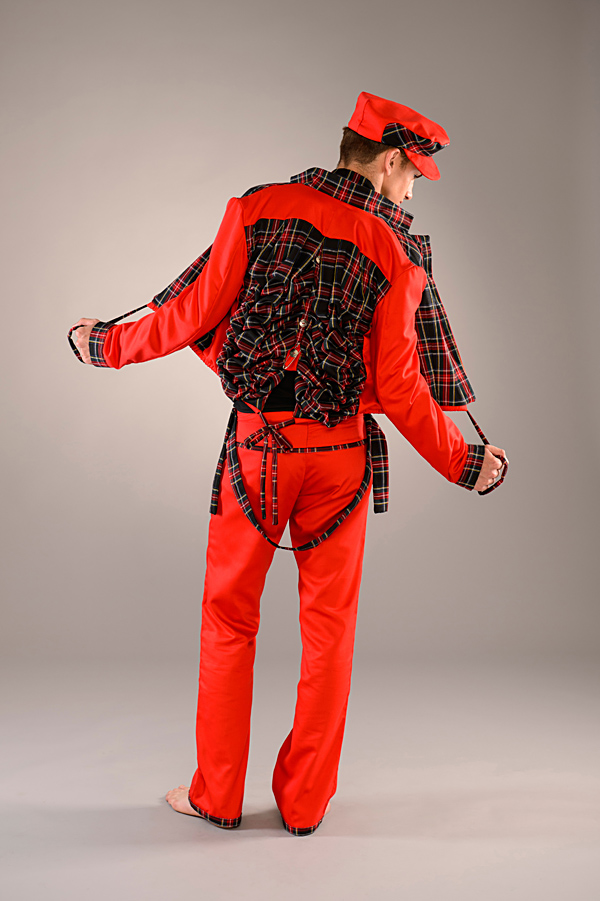 This was to emphasise the amount of detailing in the outfit, and believe me, there was an awful lot of detail. 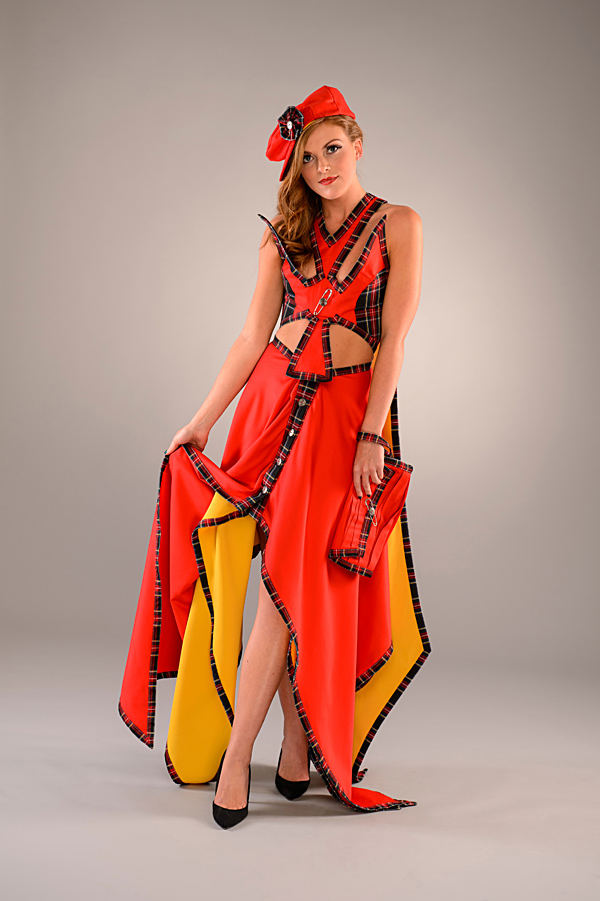 Again, although Jenny is stood still, there seems to be movement in the outfit, and it seemed quite free flowing. 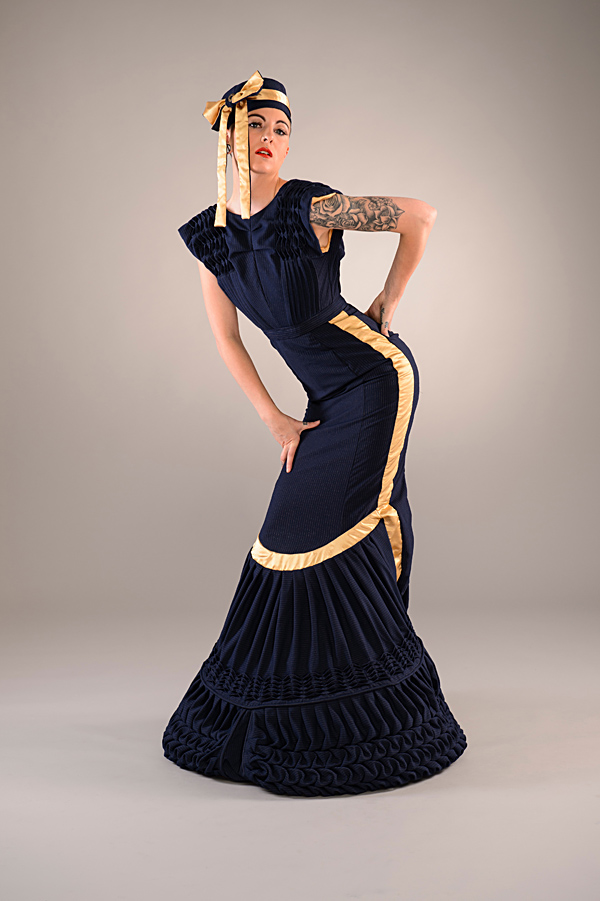 This outfit wasn’t part of the Couture collection destined for London Fashion Week, but was part of a previously shown collection that Adnan didn’t actually have any promotional images for. This particular dress looked nice on the hanger, but took on a life of it’s own when Emma wore it. Very Vogue like and it suited Emma admirably. 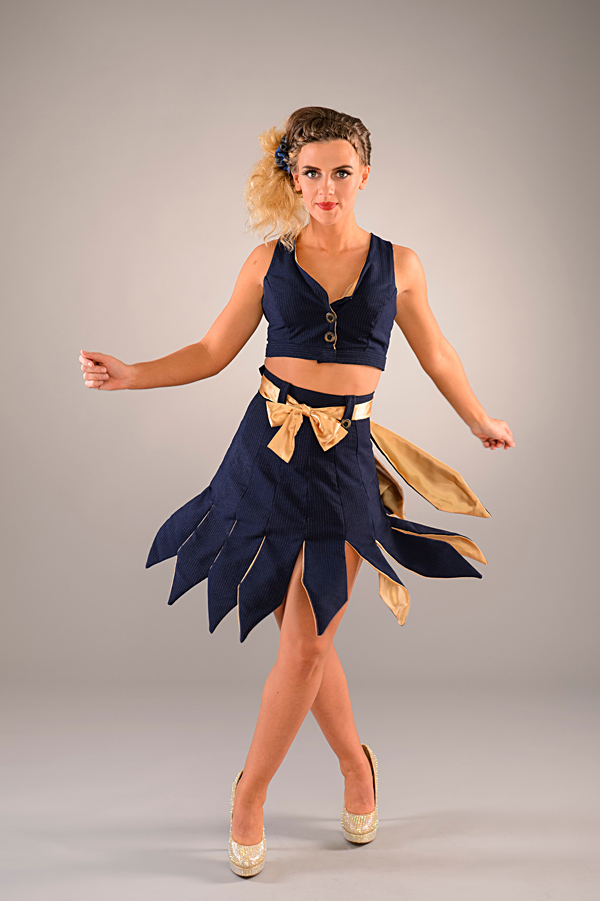 A second outfit from the blue collection, and shot here to show the free movement in the skirt as Josie span around. 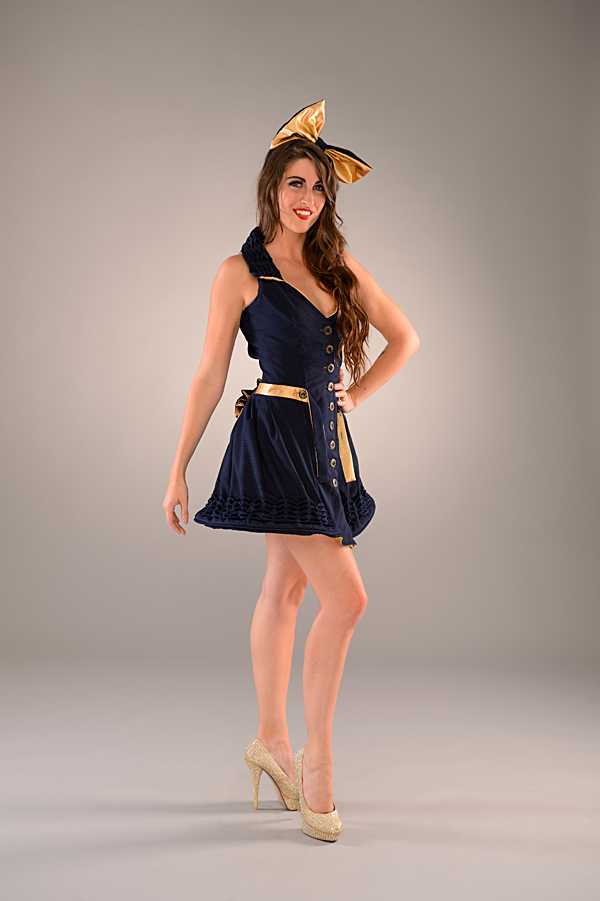 Yet another from the blue collection. The cheeky bunny outfit as I called it on the evening, although I’m not sure Adnan approved 🙁

This was the longest shoot I have worked on. We started at 0800hrs and finished at 0100hrs the following morning. That said, it was one of the most enjoyable days too.

Fashions Finest can be found at www.fashionsfinest.com