Location Portrait With The Elinchrom ELB1200 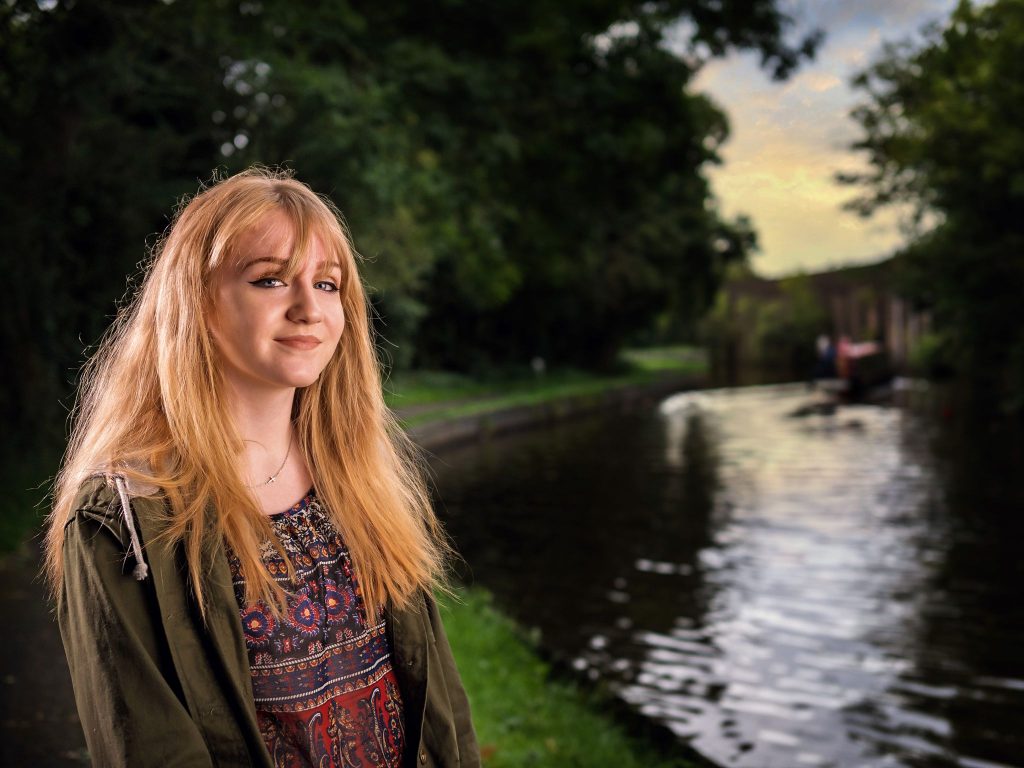 Whilst I only had the ELB1200 Action and Pro head to play with, I fancied my chances with pushing the Pro head as far as I could with the Skyport HS transmitter.

I was intending to take the Olympus 25mm f1.2 to it’s maximum aperture, or close to it, for a nice shallow depth of field. To begin with, I used only the ELB1200 and Pro head with an output of 5.0 (Equivalent to 200Ws), firing through a Rotalux 175cm Octa. To reduce the ambient and retain colour in the sky, I managed to push the Pro head to a shutter speed of 1/2000th sec, but I felt the image just wasn’t “there”. I definitely needed an accent light, as Kirsten didn’t “pop”, and the whole image kinda left me feeling a little bleurgh!

I added an ELB400 with a single HS head firing with an output of 3.0 (Equivalent to 100Ws), through a 65° reflector with a grid fitted. And that was a bit of an eye opener! Yes, the accent light made a huge difference to the aesthetics of the image. But more than that, the HS head on the ELB400 delivered a lot more light at a lower setting, when compared to the ELB1200 Pro head.

Considering the distance from the heads to Kirsten was pretty much the same for both, and the ELB400 was firing at two stops less, it just delivered far more light. I know the Pro head is designed as a do-all, so it’s quick enough to do some action stopping stuff, aswell as some high sync stuff. But there has to be a trade off to be able to do both, and it was certainly obvious here. I know I was pushing the Pro head to get the shutter speed, but it really makes me hanker after the HS head for the ELB1200.

Now that, I gotta see. 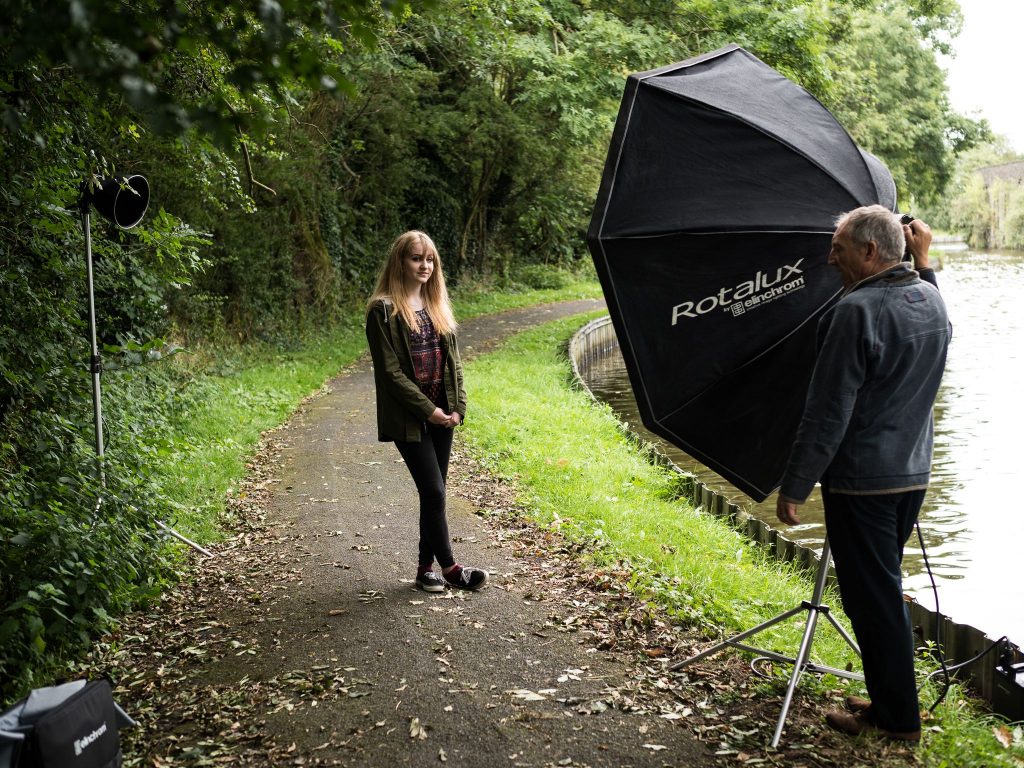 This is the ambient shot, which demonstrates the standard light levels I was working with. As you can see, there’s no detail in the sky at all, hence the need to reduce the ambient by under exposing.

This is with the ELB400 and ELB1200 firing, and the camera setting as per the top image. You can see the difference compared to the ambient shot quite clearly. 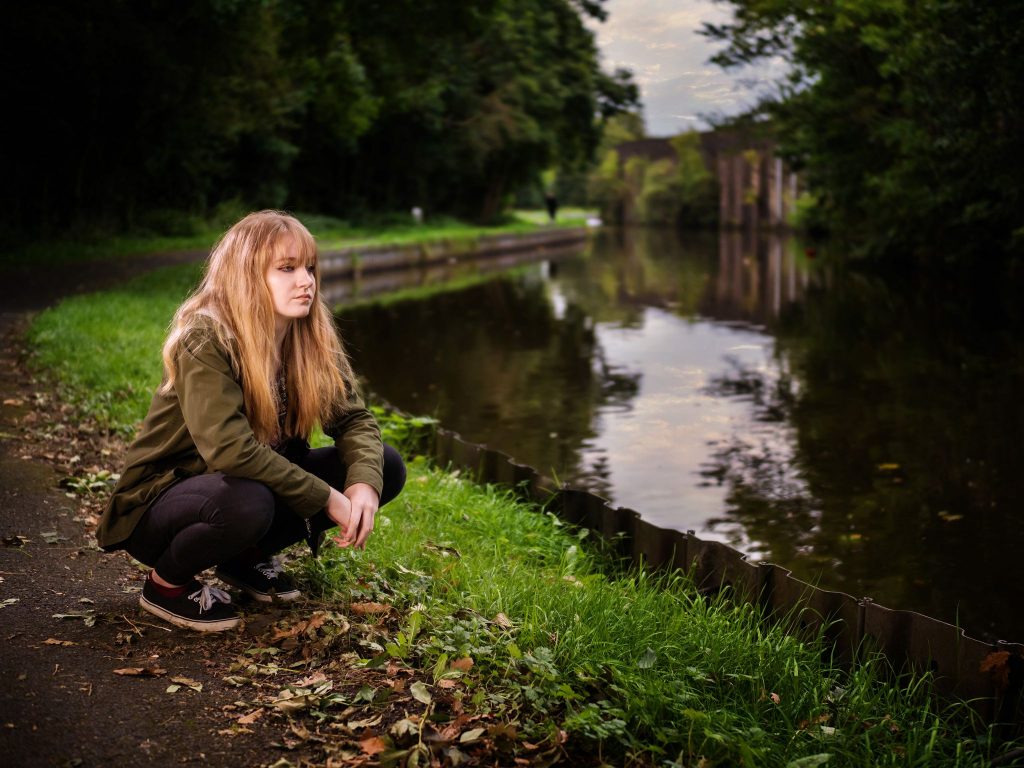 This image is actually my first shot. I had started out at my intended aperture of f1.2, but found I couldn’t quite drop the ambient as much as I would like with the later images, as I was really pushing my luck at 1/1600th sec here. I later reduced it to 1/1000th sec to secure more output from the Pro head. Lighting output was the same as the top.

This is nothing more than a simple pull back, giving an overall view of the lighting setup for the previous image. Lighting and camera settings are the same. 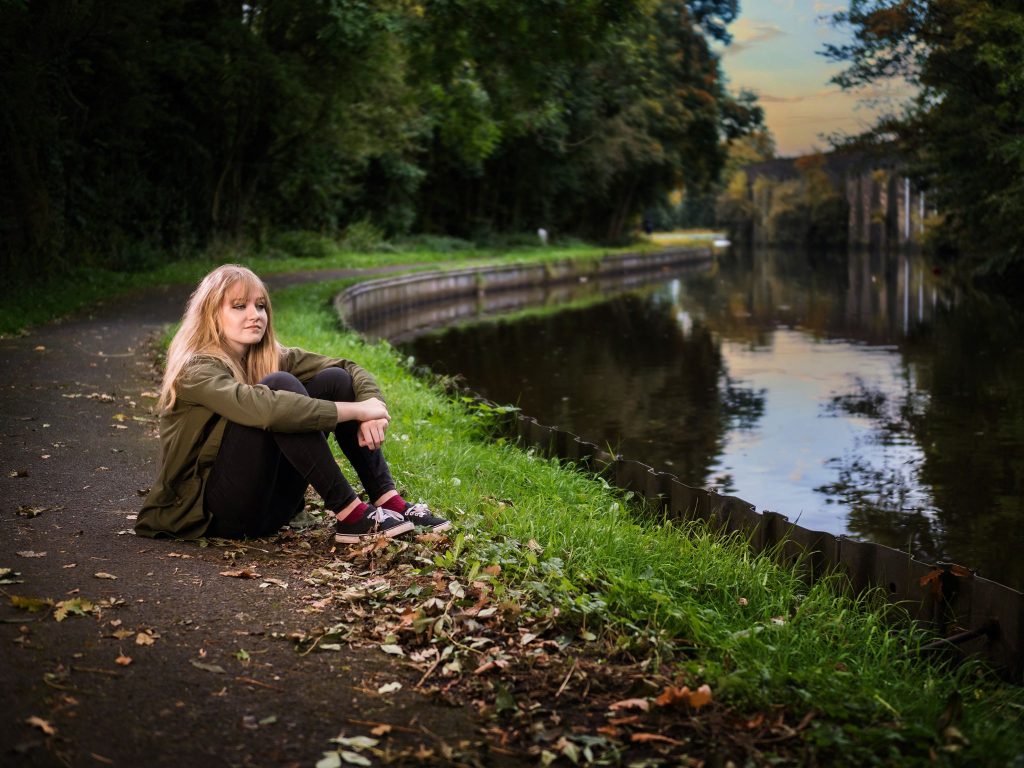 This is a closer shot image, and I had slowed the shutter to 1/1000th sec here, as I felt I was pushing the Pro head too far, and not getting the best out of it. The aperture remained the same at f1.2

It was after this image, I took the one at the top of the post, and I shut the aperture a little to f1.8 to help reduce the ambient a little more.

Many thanks to David Hargreaves for assisting on the day. He can be found at kerrydavidphotography.smugmug.com

My model is Kirsten Bradley.

Also present on the day, and lurking in the background, was Joe Lord, shooter of things that move. He can be found at voyeurclub.co.uk

And when the video is ready, I’ll let you know.

The video can be found here.