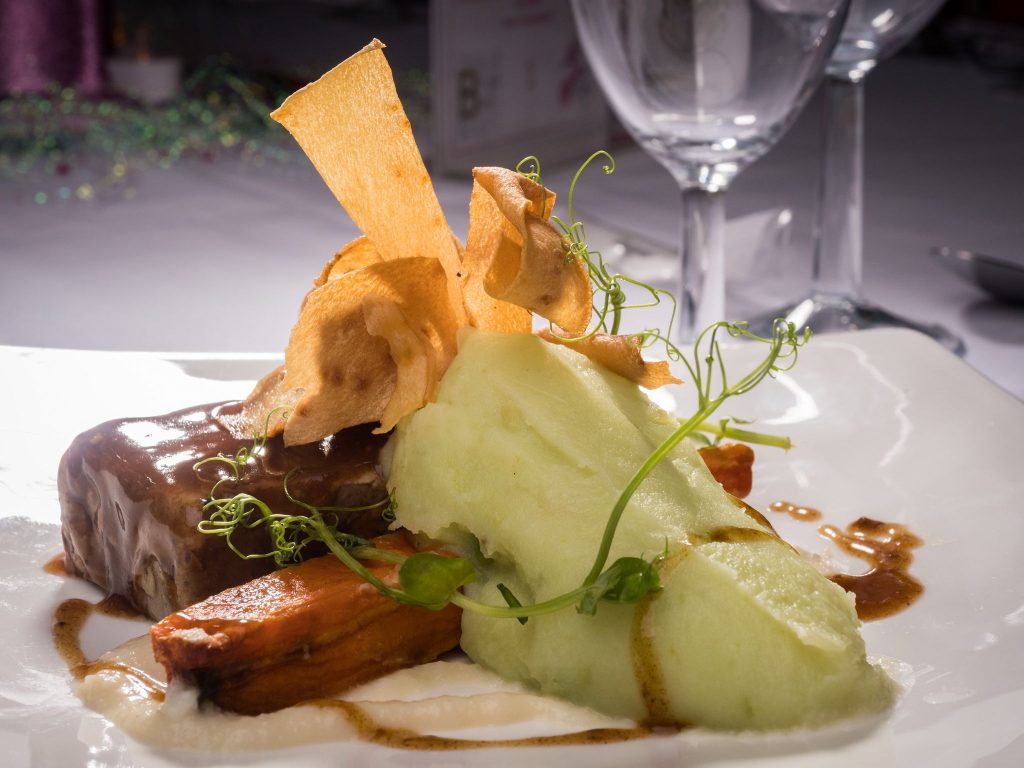 The Enterprise Vision Awards recognise women in business from across the North West of England.

Besides the recognition afforded to the winners of these prestigious and coveted awards, it’s also a damned good night out. From my perspective, I not only get to photograph some interesting food, I also get to meet some amazing people. It’s an extremely tiring event, and I’m fit for nothing the following day, but the elation and happiness amongst the contestants and winners, is just so ruddy contagious. I wish it could be bottled.

Anyway, less blathering and on to the above image.

Pressed lamb, no less. I was really pressed for time with the food images. A last minute room change at the venue caused any amount of headaches and issues for the organisers and venue alike. And whilst everyone went above and beyond to sort the challenges, I think we all found time to be a little tight on the evening. The preparation of the food took longer than it had previous years, and I literally had five minutes to photograph two dishes, with only ten minutes to set up.

For the accent light, I placed an Elinchrom ELB400 on the far side of the table, with an action head afixed to a makeshift boom arm. Boom arm sounds quite grand, and is possibly a little too generous for my dirt-cheap aluminium monopod, affixed to the top of a lightstand with a Manfrotto clamp. The head was firing through an 18cm reflector with a 30° grid fitted. Output was set to 1.0 (Equivalent to 12Ws).

This was to generate the specular highlights seen on the lamb, parsnip and gravy etc.

My keylight was another ELB400 sat immediately alongside me, frame left. It was firing another action head through an 80x80cm folding softbox that was almost over the food, but not quite. The softbox was angled sharply downward. The output was set to 1.5Ws (Equivalent to 18Ws). 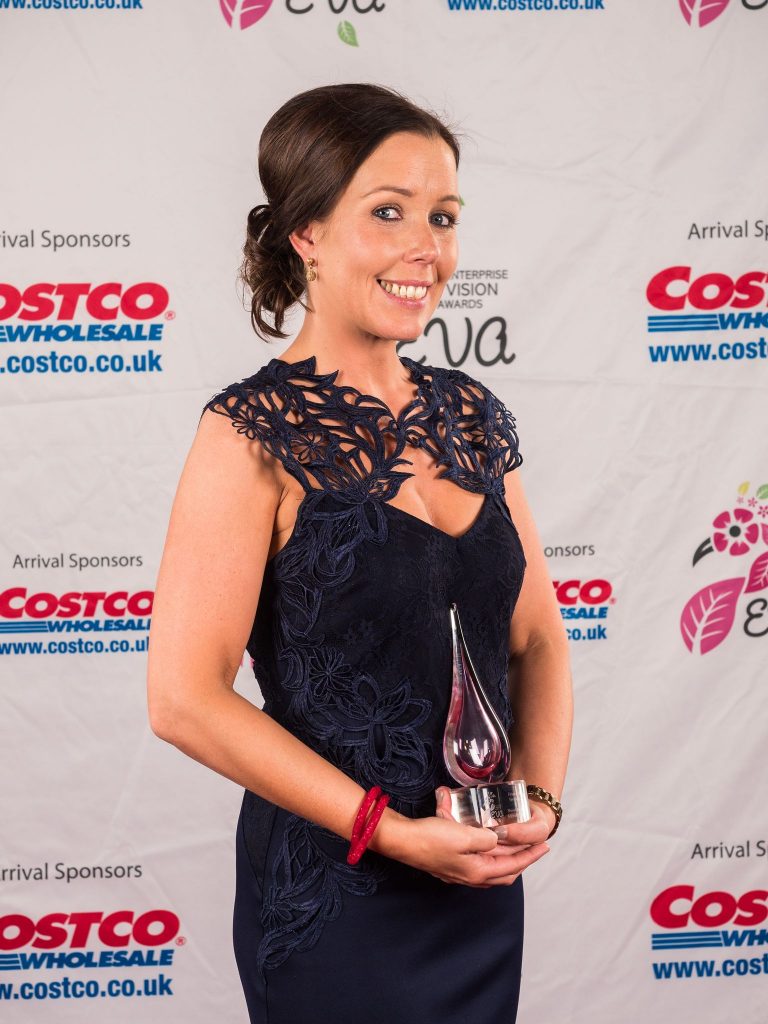 These images utilise my typical event setup, although on this occasion the set up needed to be done very quickly.

A four light set up, with two accent lights at the rear, and two keylights at the front. All lights are ELB400, with the two accents firing through 30x140cm honeycombed stripboxes, each either side of our subject and a little further back. They were firing at an output of 3.0 (Equivalent to 50Ws).

The two keylights are either side of me, and each firing through 90x90cm Lastolite Ezboxes. Again, both were firing at an output of 3.0 (Equivalent to 50Ws).

Very straightforward, and the ELB400 units would easily churn out well over a thousand flashes without so much as a stutter at that kind of power level.

Pink Link can be found at pinklinkladies.co.uk

The Enterprise Awards can be found at enterprisevisionawards.co.uk

And the collection of images from all and sundry can be found here.