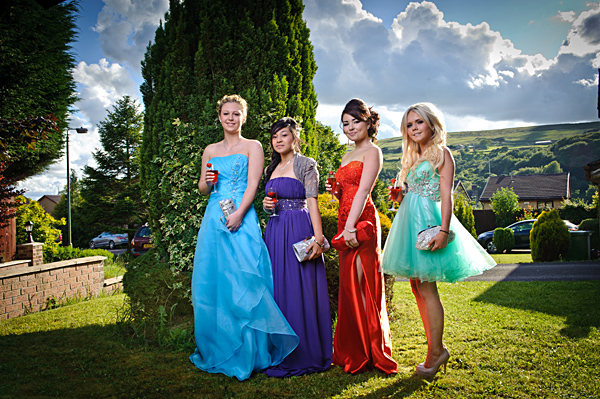 Four young ladies to photograph, before they are whisked away to enjoy their prom evening.

The late afternoon sun gave a nice rimlight, and I preferred it that way, rather than have the girls face the sun and squint against the glare.

This of course created silhouettes of the girls, and to combat this, I used a 120cm folding octabox mated to a Lencarta Safari Classic head. The octabox was around six feet away, camera left, and about six feet from the girls. The stand was at full height at 2.6m with the octabox angled down towards the girls. Due to the strong sunlight and the distance between the head and the girls, I had the Safari at full power. 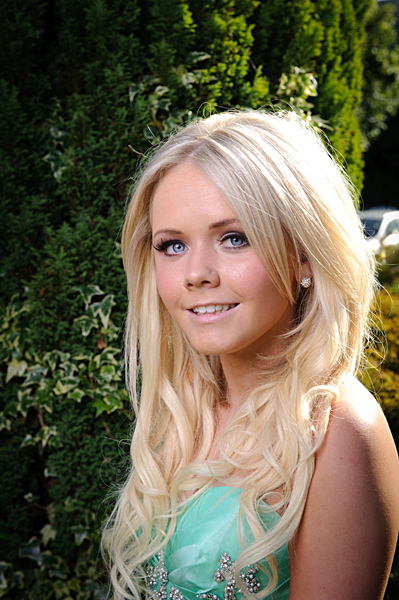 This portrait or headshot was lit in a similar fashion, but the sun was utilised as a great hair and rim light. The octabox remained at the same distance, giving me identical settings to the previous image. It also meant the catchlight in Libby’s eyes was at the classic 11 o’clock position and at a suitable size. If the octabox had been brought much closer, the catchlight would have grown accordingly, and given the game away far too easily.

We can also offer on site printing for Prom nights via our specialed event photography site, Events by Michael