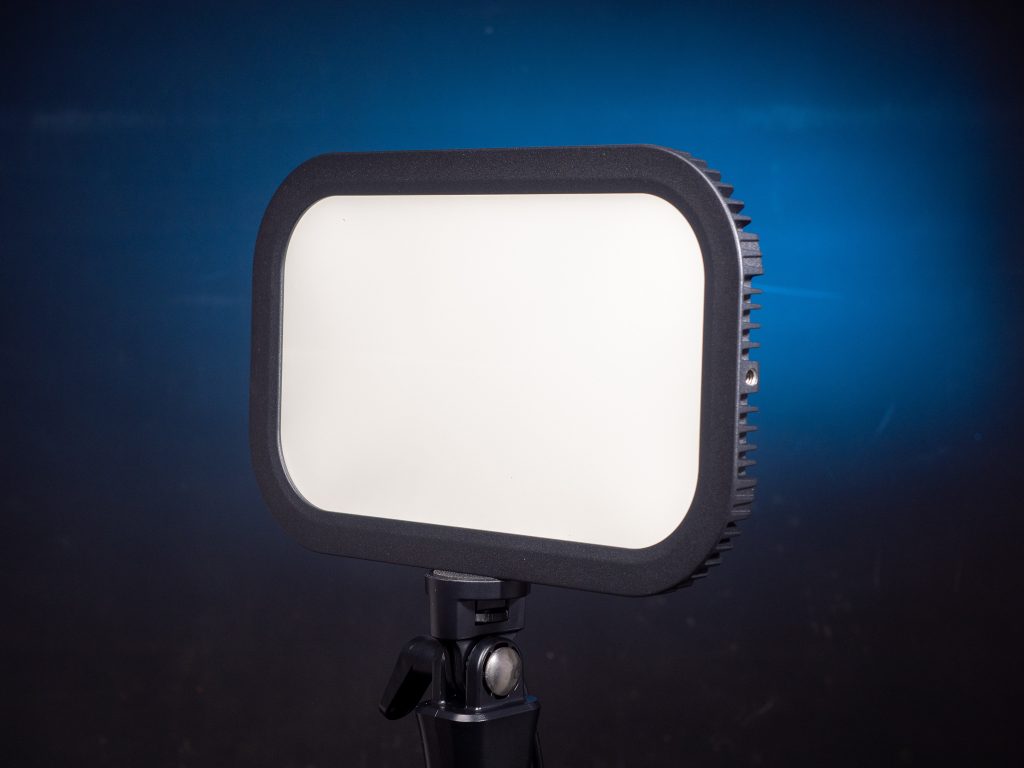 As a lot of you will know, my main strength is lighting, and this is what attracts my clients. It tends to be strobe lighting in some form or other, and I’ve tended to leave the LED panels generally to the videographers. I mean, they’re the folks that actually need constant light, right?

I was asked to review Sirui E30B Bi-Colour Soft LED Panel, and yes, that’s a really long title for what turns out to be a fairly compact, but powerful LED panel. It arrived in a rather understated brown box, along with a mains power supply, a lightstand adaptor, a branded case/bag and the warranty card. I scoured the box for the instruction manual, before resorting to my old friend, Mr. Google.

Actually, I should have simply gone straight to the Sirui website, as it’s fairly straightforward to find on there. And talking about straightforward, so were the instructions. It gave a comprehensive, yet brief overview of the product, specifications, abilities etc. Now, if I were to be brutally honest, I would say the E30B is actually so straightforward to use, you could quite easily figure it out without the manual. It really is that intuitive. However, the manual points out there is an app available, allowing you to remotely control the unit. It details downloading and then connecting to the unit. Without the manual, I wouldn’t have known about the app, or how to activate the bluetooth option on the E30B. (You press the “SET” button for a few seconds. Doing the same again turns it off).

Let’s get to the light itself. It has a stippled black plastic case, which is finned around the outside, which is great when working with sweaty hands, believe me. The edge of the case sports three mounting points, each able to accept the industry standard 1/4-20 mounting screw. The same size as most cameras and tripod plates etc. 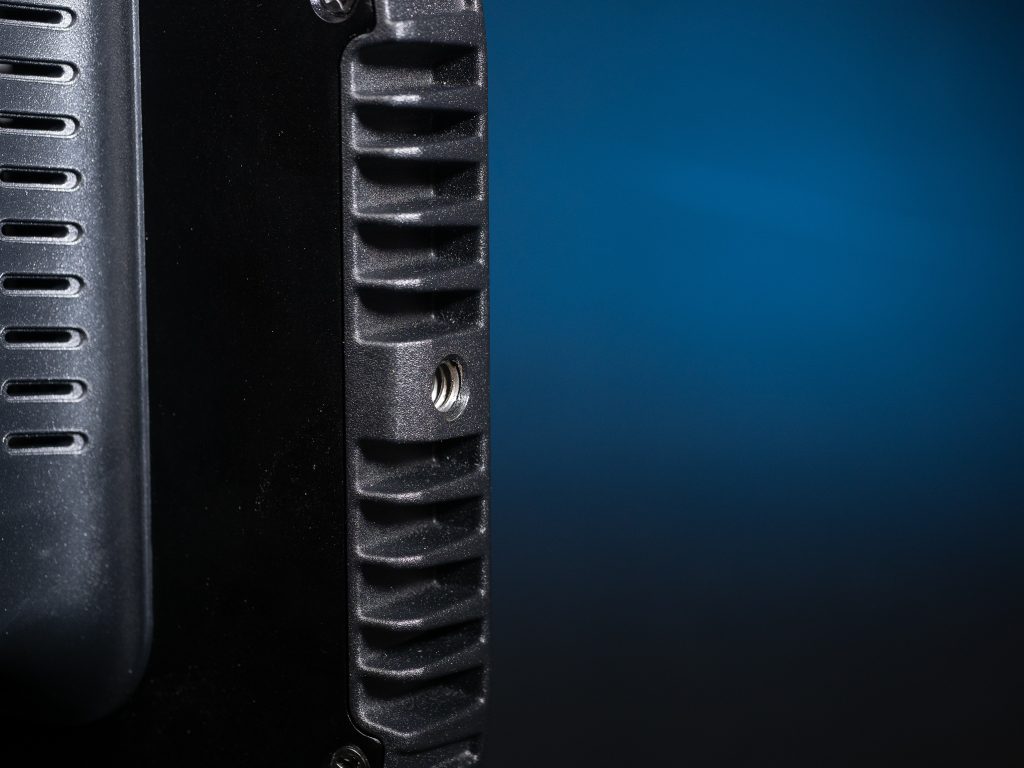 The choice of three mounting points allows the panel to be set either in landscape orientation, or portrait. This means you can utilise as much of the light as possible, depending on how you are shooting. There really is nothing more frustrating than having to use a panel in landscape orientation, when shooting portrait. A fair amount of light would fall outside the frame, and you are likely not going to get quite the coverage you might want along the top and bottom of the frame. Whereas a lot of videographers would use DSLRs/Mirrorless cameras for their work, I know a huge number of photographers that simply use a phone to create quick behind the scenes videos, my wife being one of them. Having a portrait orientation option makes their life a hell of a lot easier. 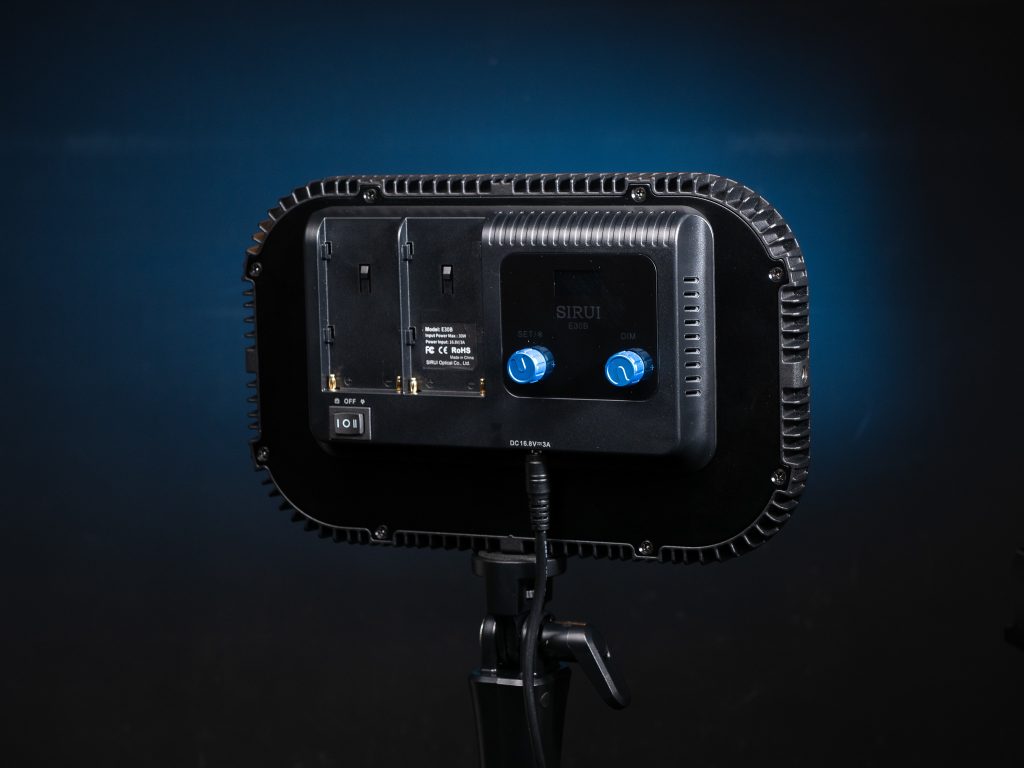 The rear of the panel is pretty self explanatory. Two battery slots for fully self sufficient use out on location. And you do need both those slots filled to use on battery. It won’t operate on just one battery. Underneath the battery slots is the power switch. Left to run on battery, right to run off mains, and central to switch off. The right half of the rear panel is the two control dials, and a small display panel. 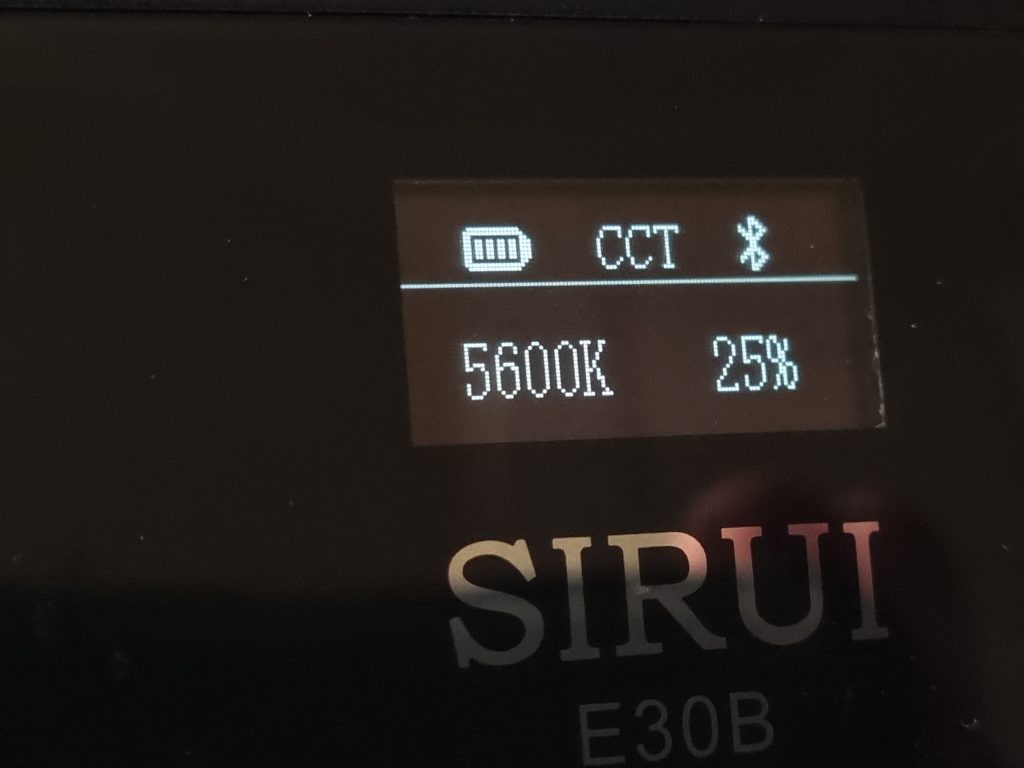 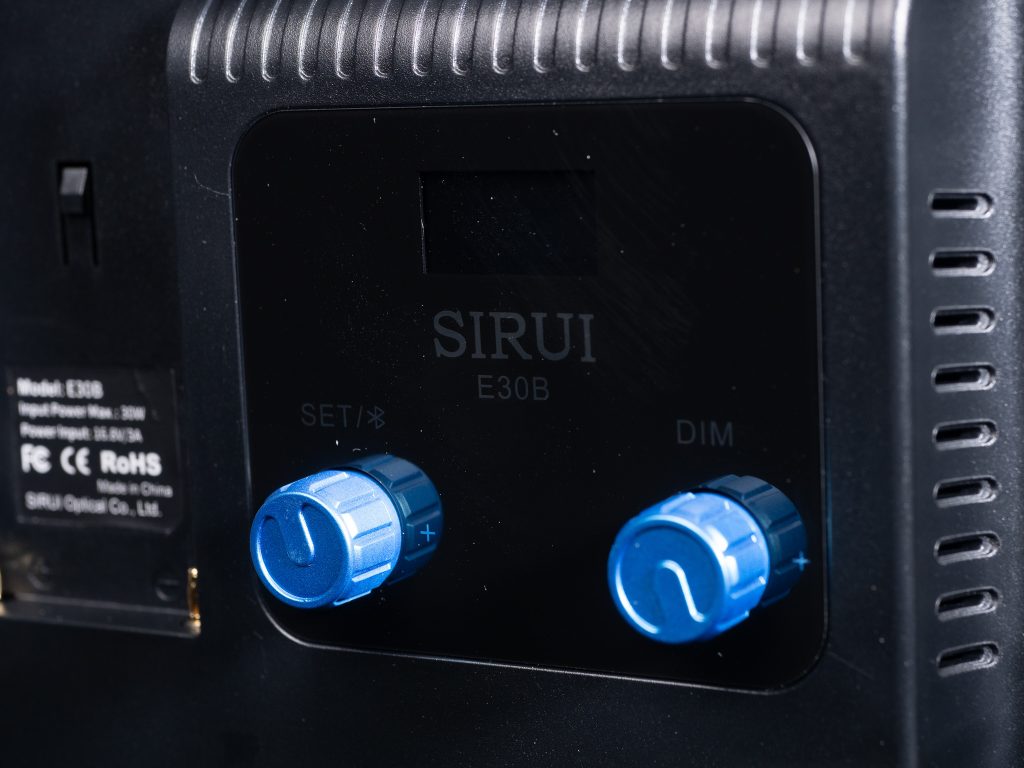 There’s a set of vents either side of the raised battery/control panel, which helps the unit stay cool.
And the mains power socket is clearly marked at the bottom of the panel, just below the SET button. 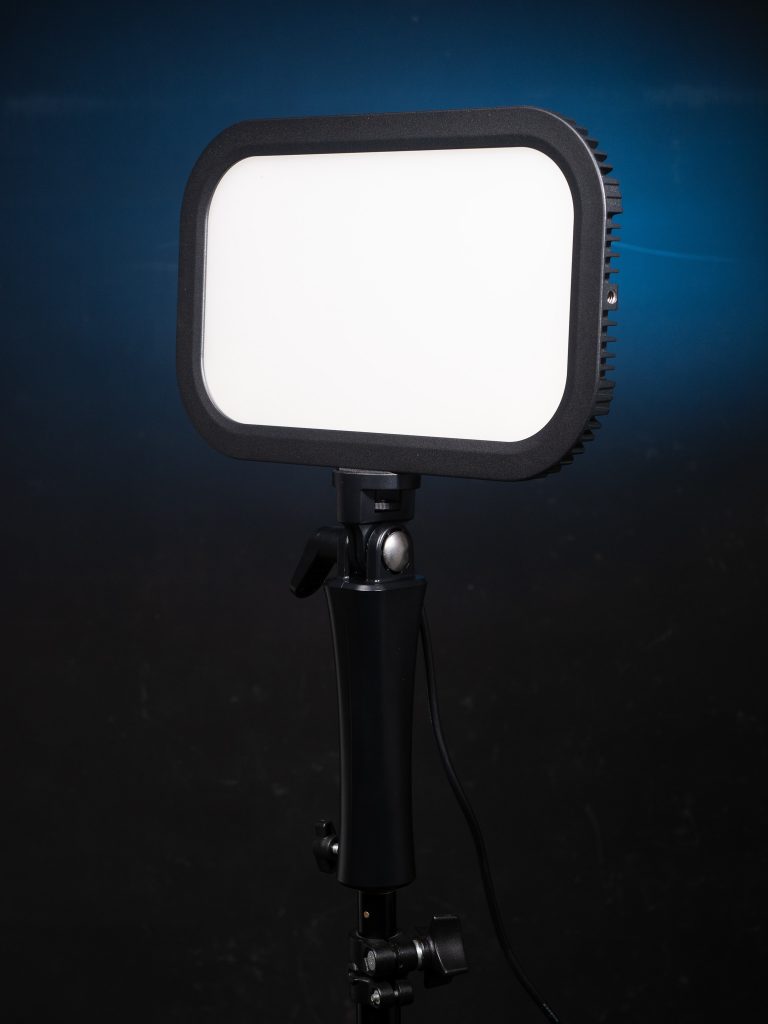 The light stand adaptor is long enough to double as a handle, if you need to go “freestyle”. There is a tilting platform for the E30B, although it’s in one plane. If you find you need to switch from landscape orientation to portrait, you would either change mounting points, or loosen off the lock and rotate the panel 90º and then tilt it on it’s side.

I had a play with the unit for a while, before downloading the manual, and I managed to find my way around the settings very easily. Press the SET button briefly, and it enters the FX mode, allowing you to select from a dozen special effects, such as lightning, candle, flash, broken bulb etc. Each special effect has three options, which is selected using the DIM button.

Obviously, as a stills photographer, these are unlikely to come in handy for me, but I can certainly see them being useful for videographers.

Easily found on both Google Play and the App Store, the app makes operating the panel even easier. Once the bluetooth option is activated on the panel, simply pair it to your phone and then start the app.

The initial screen lets you select which light to adjust, and also gives you battery condition information.

Moving to the FX options, and you have greater control over each of the effects than through the panel, and quicker to operate too.

I’d been shooting some shirts for Edinburgh Outdoor Wear, and once finished, I was post processing the images when I was asked about a couple of images for social media, so they could promote the product.

Damn! Everything was cleared up and put away, and it was going to be a real pain having to drag it all out and start over.

Except the E30B was sat on the side after having a play with the app. I stuck it on a lightstand, on top of a tripod ball head (I’ll come to that later), whacked it up to full and angled it down towards the shirt. 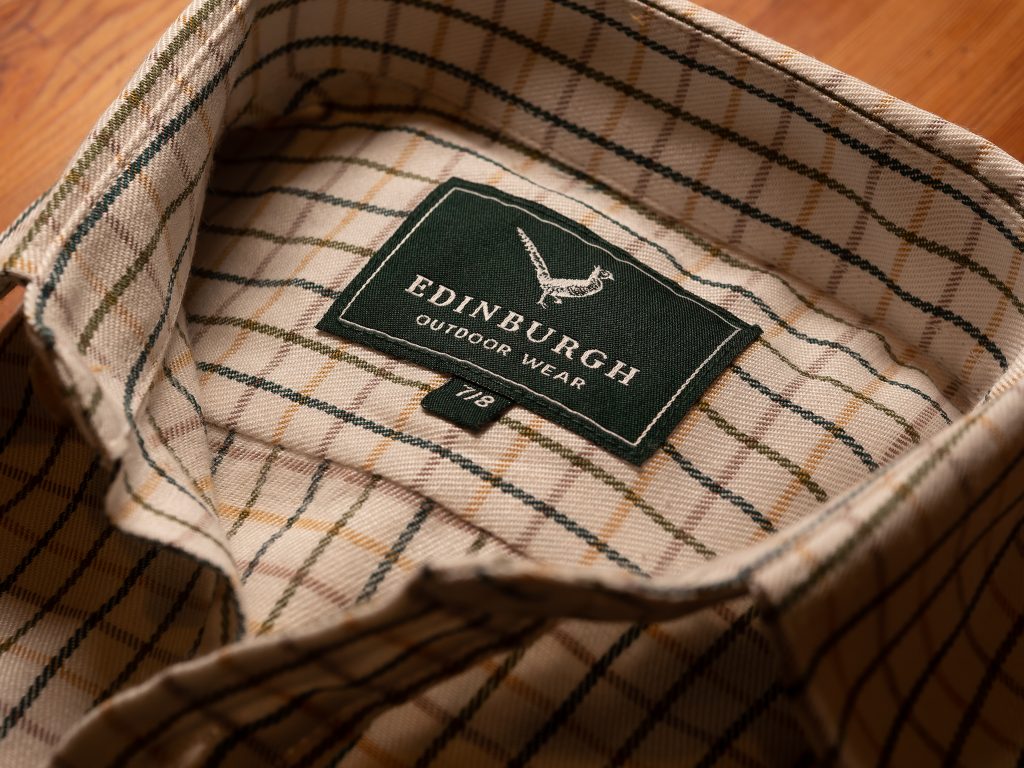 I found I got a really nice soft light, with a lot of detail in the image, and I love the contrast. I was actually surprised by the brightness of the light for stills too, as the camera was set to 1/125th sec f5.6 and ISO200

Pocket embroidery detail, with enough contrast to really nicely show off the texture. Bearing in mind this is a single light setup, where I would normally use a key and an accent light. The time saving in setup really is worth considering. More than that, it takes a lot less space. 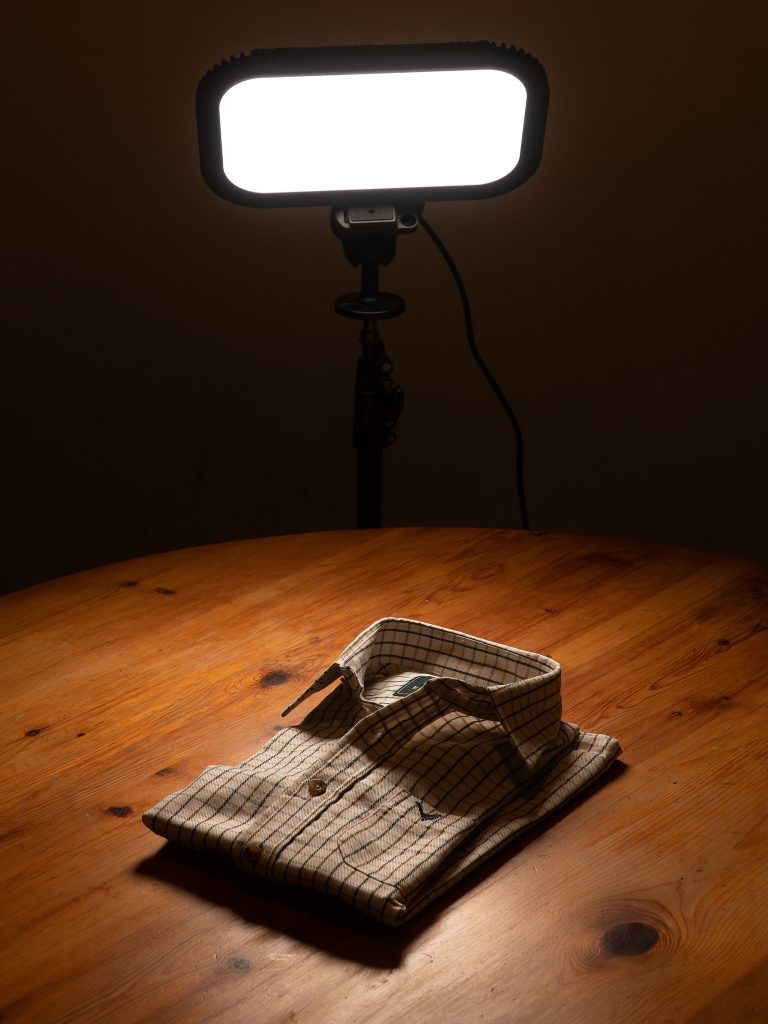 This is the behind the scenes, or pull back. Product photography on a table top, with no real extra space needed for the lighting. Previously, I have found LED panels to create fairly harsh lighting, but the E30B seems to break the mold. I’d expect it would create a rather complimentary lighting scenario for portraiture. 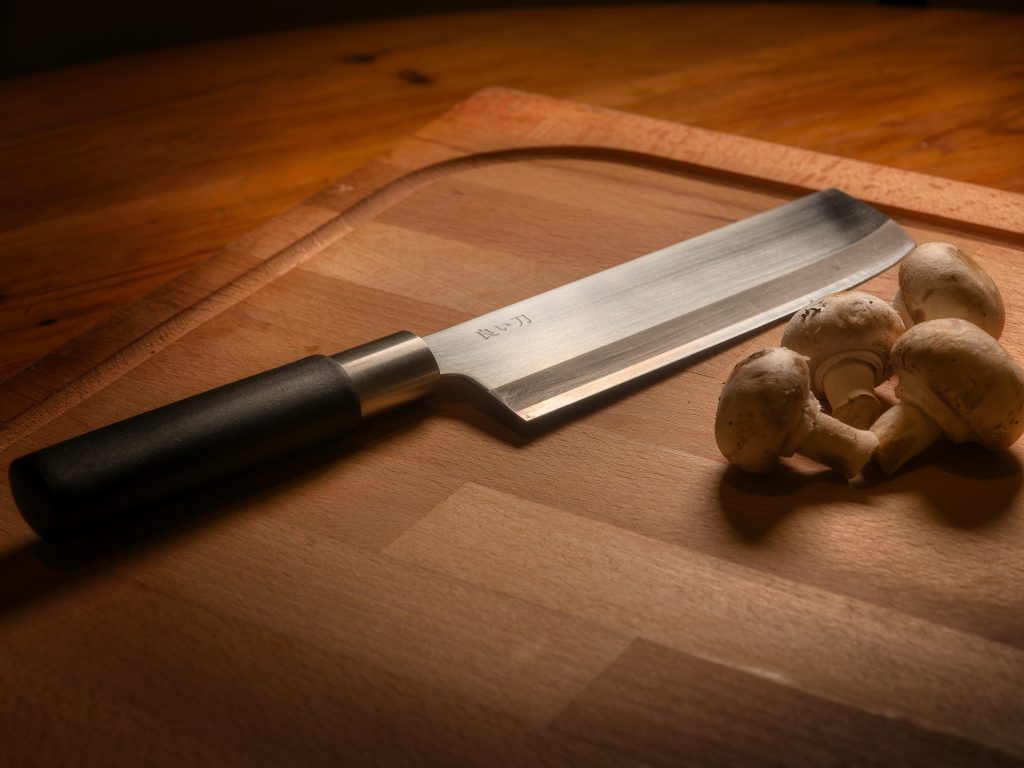 And this was a further test image for myself. I wanted to see how well I could control the light to create a rather moody product shot, particularly when such a wide dynamic range is needed. The reflection of the blade was where I concentrated the lighting level. I wanted it to be exposed to just short of blowing out, so I could pull back the detail of the metal itself. I wanted the light to fall off towards the camera, retaining the viewers focus on the blade itself. The mushrooms were simply props.

The camera was set to 1/160th sec f5.6 and ISO400, and I’m very pleased with the result. Not only the image itself, but the very quick deployment of the E30B, and how the light is soft enough not to require modding with a diffusion panel etc.

Now, do you recall that in setting up for the shirt detail shots, I mentioned making use of a tripod ball head? 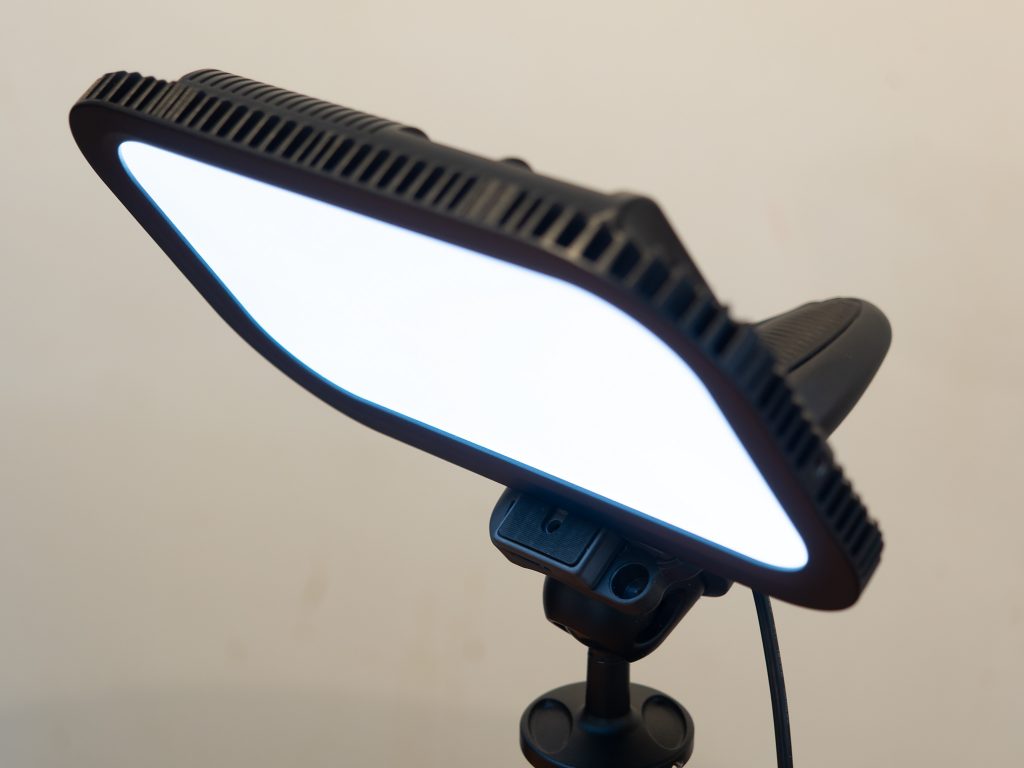 The reason for this was purely personal choice. I wanted to be able to quickly change the position of the E30B, allowing me to angle down, or flip it vertical. The supplied handle/mount is excellent, and in most situations would be more than adequate. I simply needed the flexibility and speed. 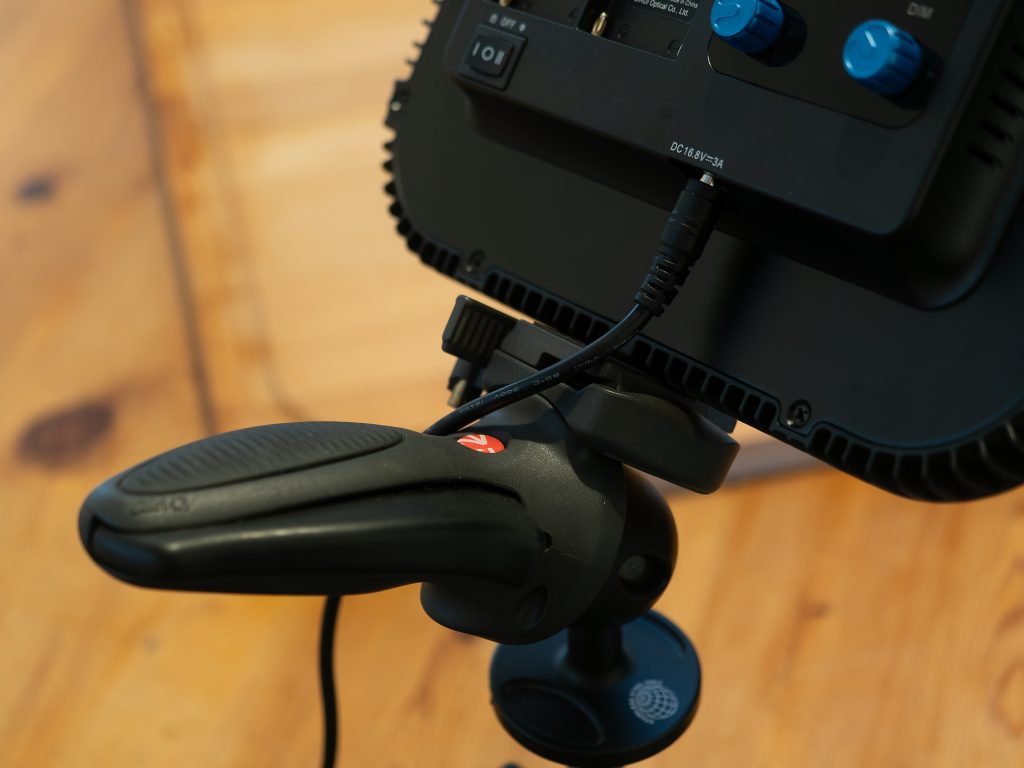 So, what about video work?

I’ve mentioned the fact the FX menu would be of use the the videographers, rather than stills work. However, the E30B proved ideal for my wife’s work. Helen shoots dance and performing arts, and makes use of behind the scene videos to promote her work.

Here, the E30B was placed frame right, and you can see the light increase as Tilly moves towards the centre of the backdrop, prior to her jump. It was actually fairly bright at this location, but we often end up in fairly dim areas when using the mobile studio at the competitions Helen photographs, and the E30B will be absolutely invaluable. Helen’s work can be found at www.helenrosephotography.co.uk

Okay, as I pointed out before, I’m a stills photographer, that uses strobes for lit work. LED panels are for videographers. Well, that’s what I used to think

The E30B is compact, well appointed with features and extremely easy to operate. The app makes its use even easier. The option for either battery or mains power means there is no limit on use when working indoors with mains available. And the battery option means location work is no barrier.

If you are a stills photographer and considering lighting for food or products etc, but intimidated by the idea of strobes or speedlights, then this is your go to panel. Seriously!

One of the biggest benefits of constant lighting is “what you see is what you get”. And if you haven’t used lighting before, you will find it much easier to learn, when you can actually see what the light is doing.

Will I be using it? Yes, for small products work, as I love the softness of the light, the quick deployment, and very simple operation. I also like the fact I can set the whole lighting scenario exactly as I want, before I touch the shutter. The ability see exactly what the camera is about to capture definitely shortcuts the “setup to captured image” timescale.

Further details can be found on the Sirui website.