Using One Speedlight for Bridal Portraits 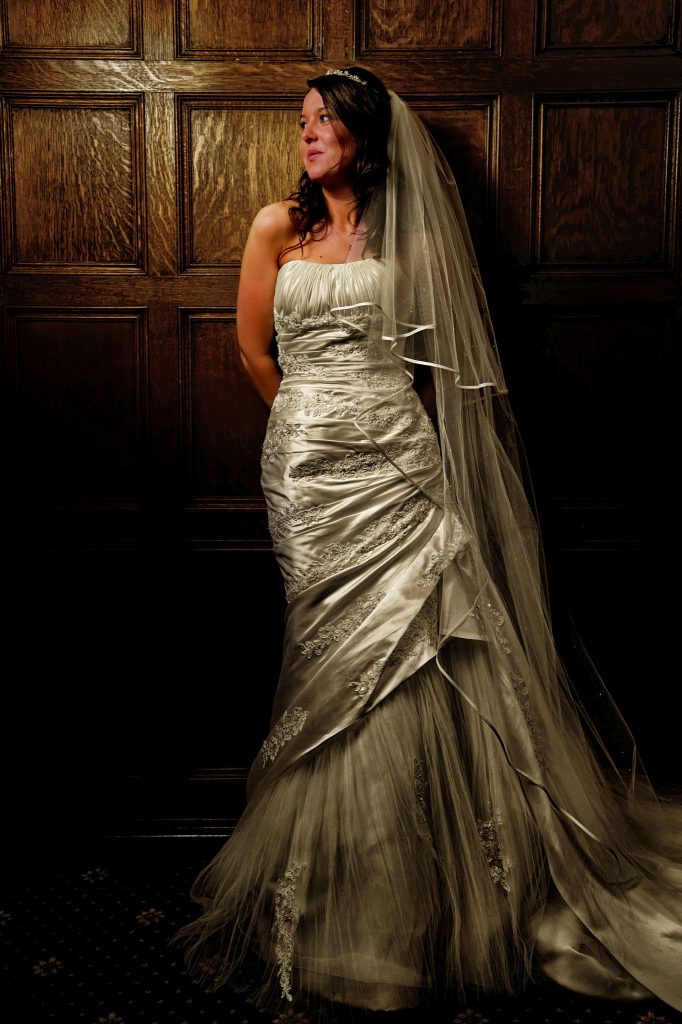 Lets talk budget stuff. One speedlight. What can we do with one speedlight? Well, in this instance, we used it to create a nice directional light which defined the texture and shape of the dress.

The speedlight was firing through one of those cheap folding softboxes. The 60x60cm variety with the most basic of brackets to attach the speedlight. Now, there was a standard lamp off to the right that had one of those strong orange glows to it, from a tungsten bulb. Strong enough to tint the gown, even when the ISO was turned down to 100 in an attempt to kill the ambient.

To combat it, I attached a CTO gel to the front of the speedlight using a stofen type diffuser and then re-attached the speedlight to the softbox. I then set the white balance to tungsten, to match both the standard lamp and the gel’d speedlight.

Due to the low ISO, I had to fire the speedlight at ¼ power, even though it was fairly near to our bride. It was also hand held, rather than placed on a light stand, and it was above head height, frame left and angled down towards our bride.

Whilst the speedlight here was triggered by a basic radio trigger system, you could manage to get around that by using a long sync cord or even trigger the speedlight optically if you have an onboard flash set to manual and turned down to 1/128th. This way it won’t add to the image, but would trigger the main flash.

A basic speedlight and folding softbox should cost you £60 or less, but the results can increase your appeal exponentially.