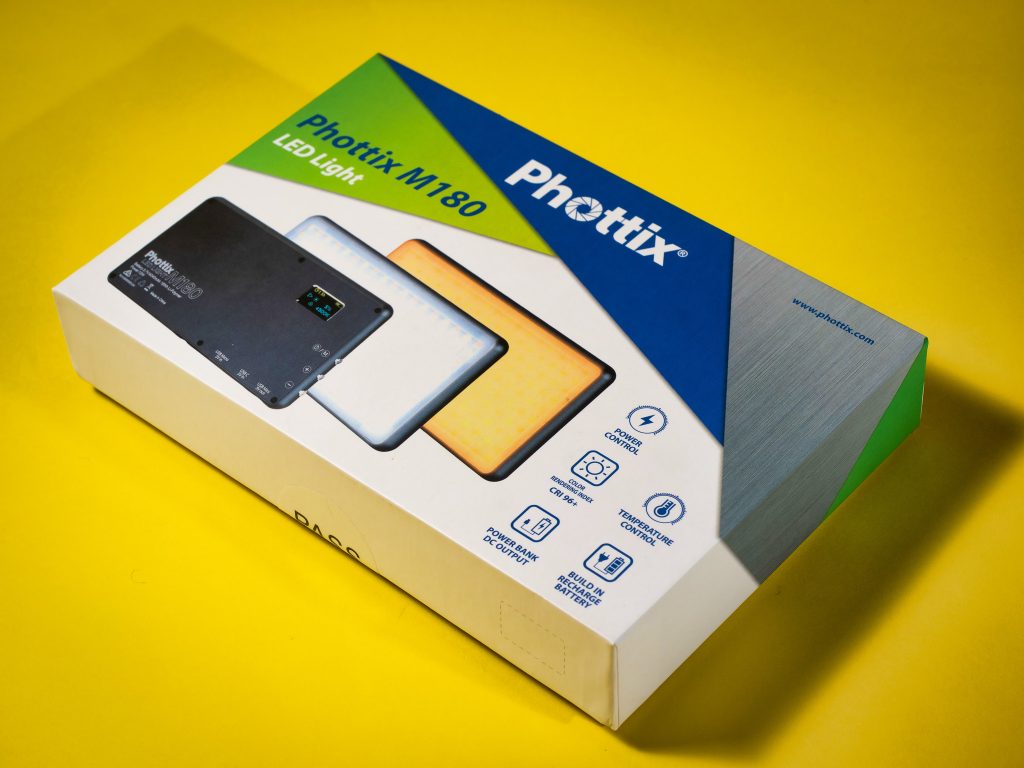 Now, bearing in mind I’m a dedicated, stills only type of guy. (who said pedantic?) I firmly believe video is for someone else to do, mainly because they will do it far better than I could. So, why am I having a play with the Phottix M180 LED panel? 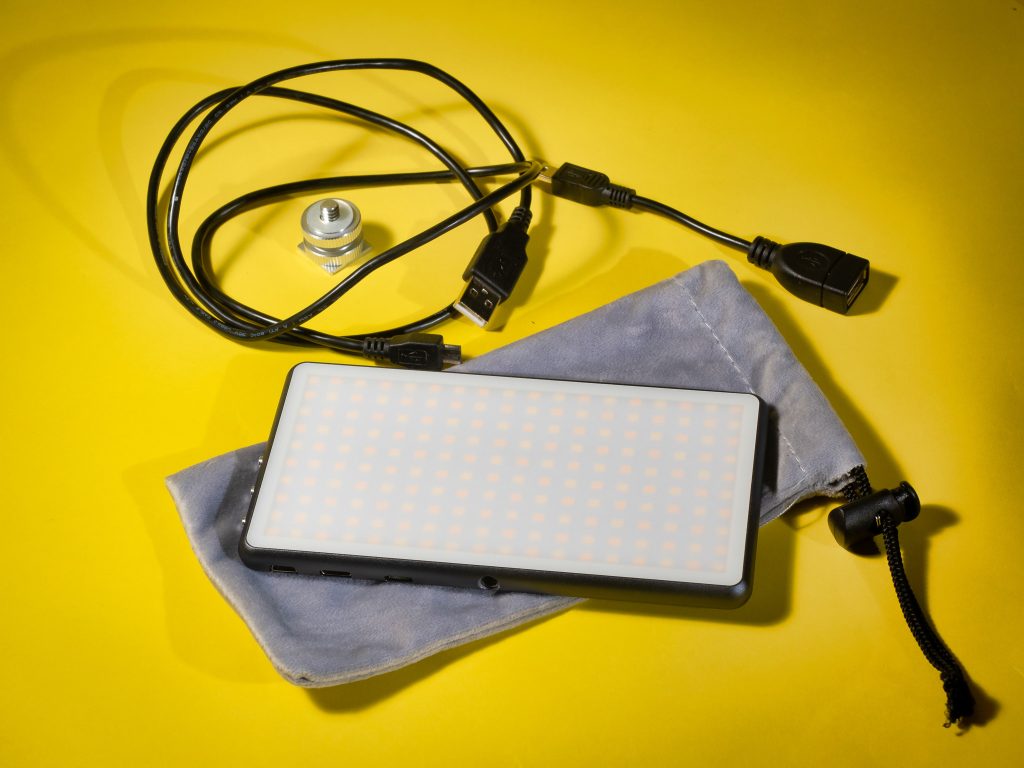 My first encounter with this little item was when I bumped into Simon Burfoot. I mistook it for his phone, as it was lay face down on his desk. Nope, definitely an LED panel. No battery socket though, and that kinda threw me. It’s a self contained unit, with it’s own Li-Ion 4040mAh internal battery. 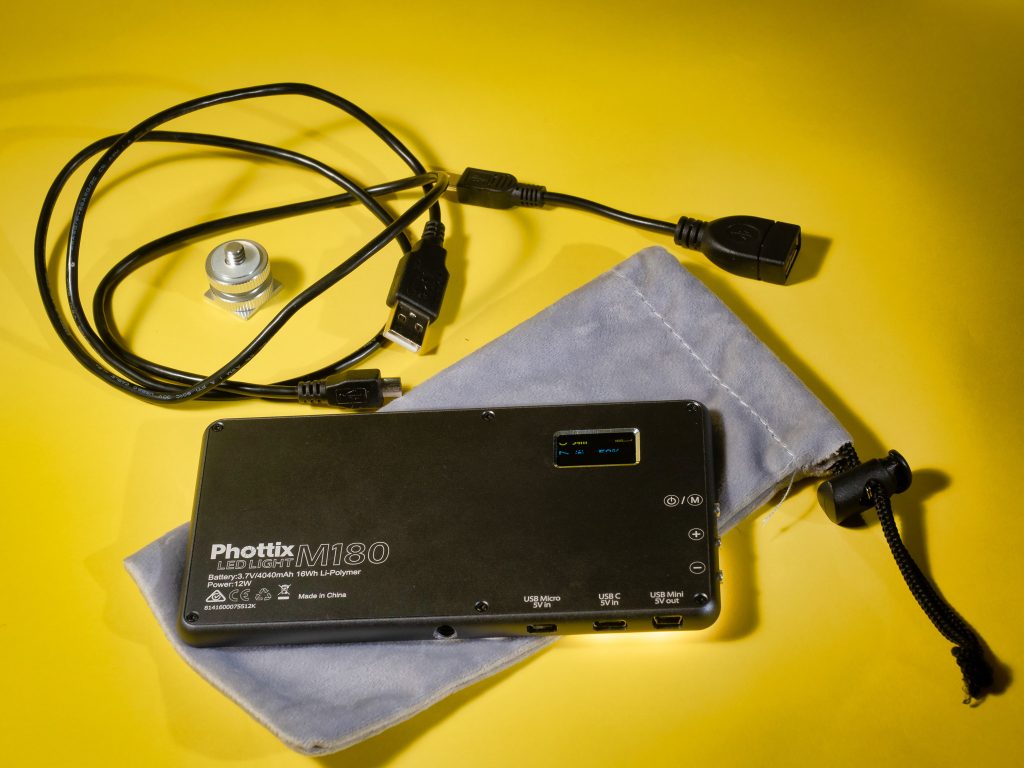 Picking the unit up, it has a similar feel to a smartphone, with a metal case and plastic front panel. The weight isn’t much different either, at less than half a pound (under 200gms). You can pack it in any place you might carry or store your smart phone. From any trouser or jacket pocket, to the slimmest of spaces in your kit bag. 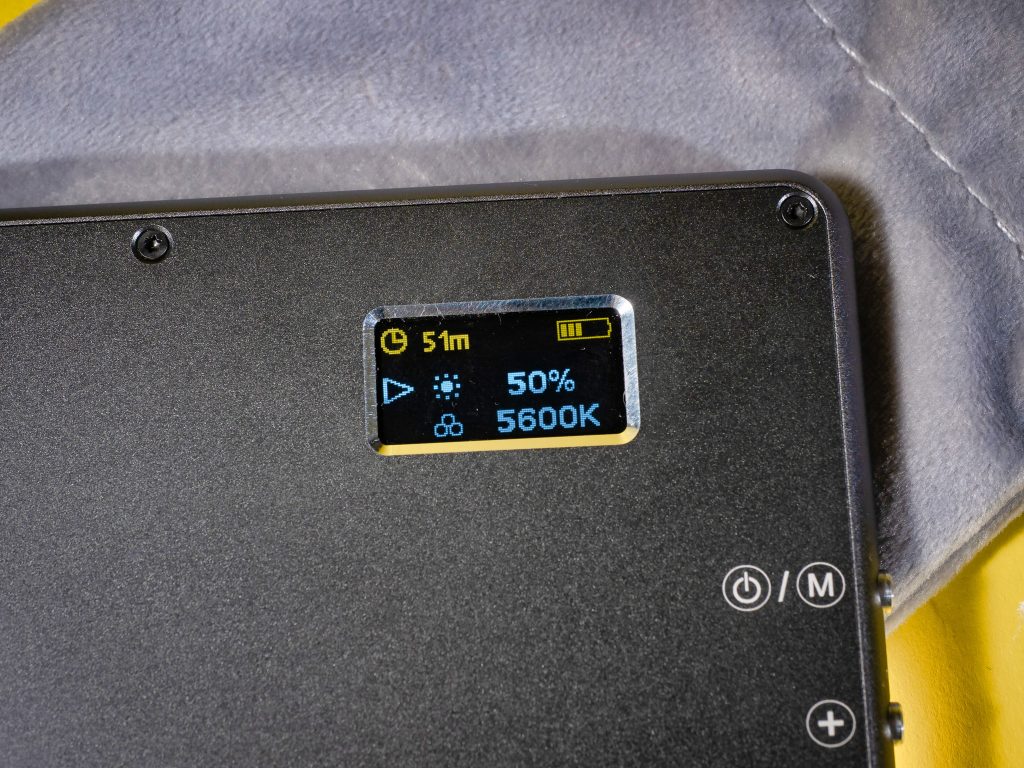 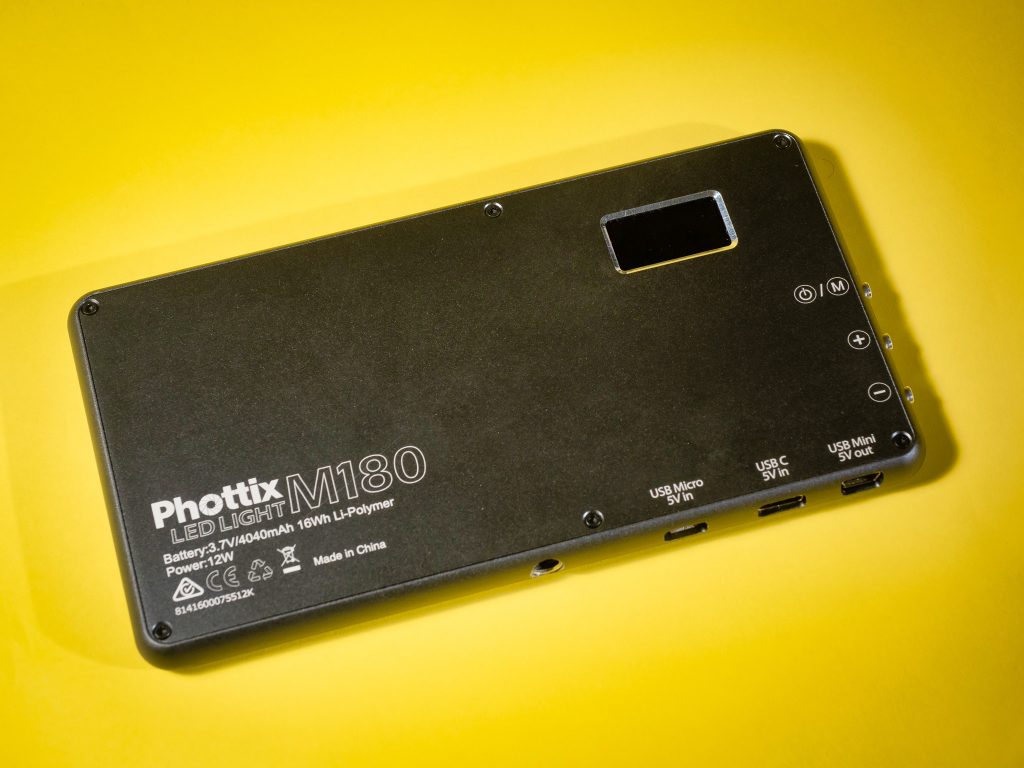 So we have a constant light source that can be toted around conveniently, easily packed away and no additional power source required. So, what else does it have up its sleeve?

On the rear panel, there’s a small lcd information panel. For a small display, it’s very clear. The information shown at the top, is the battery life in both graphic bar, and time remaining, which is a nice touch. Underneath that we have the brightness value. This can be set from 5%, through to 100%. And I have to say that at 100%, it’s incredibly bright for such a compact panel, putting out 1600Lux at 0.5m. The bottom line of the display gives the colour temperature, which is adjustable from 3200k, through to 5600k. So it can provide quite a nice warm source, through to matching standard flash colour temperature. 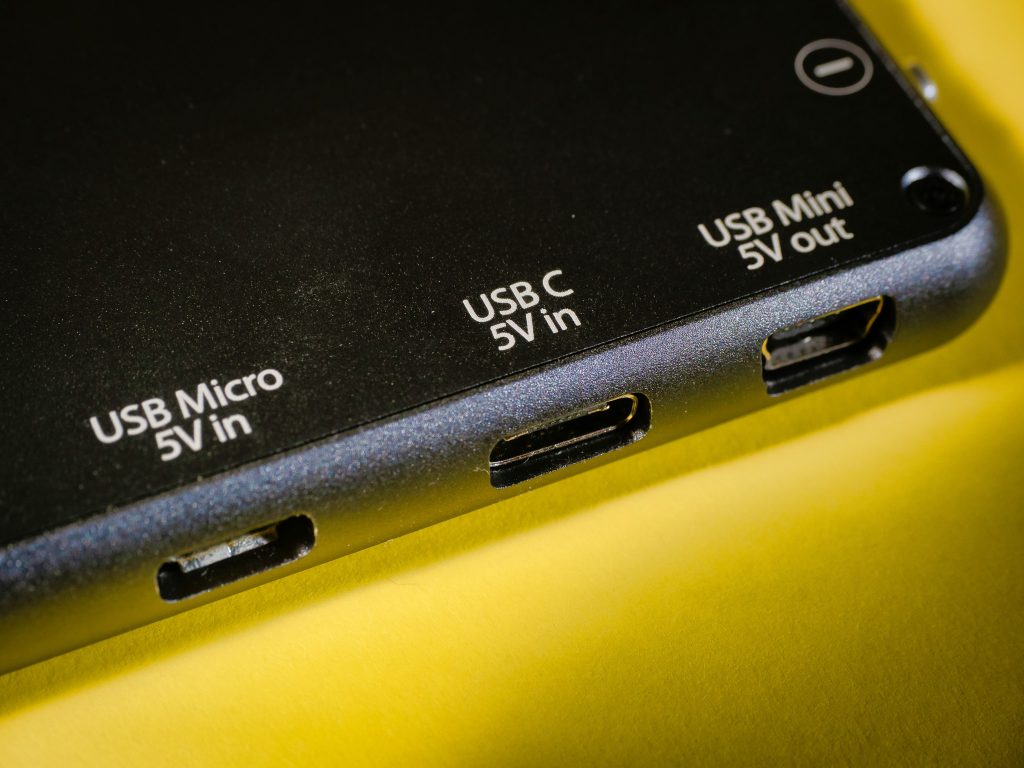 This threw me for a sec. Three USB ports. One each of micro, C and mini. A bit overkill, don’t you think? Hmmmm

Well, type C isn’t necessarily in every household at the moment, but a USB micro lead can be found pretty much everywhere. Fair enough. However, the mini USB port ain’t what it seems. It’s an “out” port, unlike the other two. Ah ha!, The M180 is not only a rather rugged and compact LED panel. It’s also a charger unit for anything that requires a USB 5v power source, such as your phone. More interestingly, unlike a lot of duel purpose products, this unit can be used as a light source whilst being used as a charge source. I’ve had other products that have boasted a USB out socket, but they couldn’t be used in their primary function if they are being used as a charger. This may not sound like a big deal, but there are cameras that charge via their USB port, Fuji included. Do you see where I’m going?

With a fully charged unit, you can film your subject and charge the camera whilst using the M180 light panel. Now that’s pretty cool. It comes with a short adaptor lead, that turns the mini port into a full sized USB socket. Nice touch. The Colour Rendition Index is 96+, which is pretty respectable. 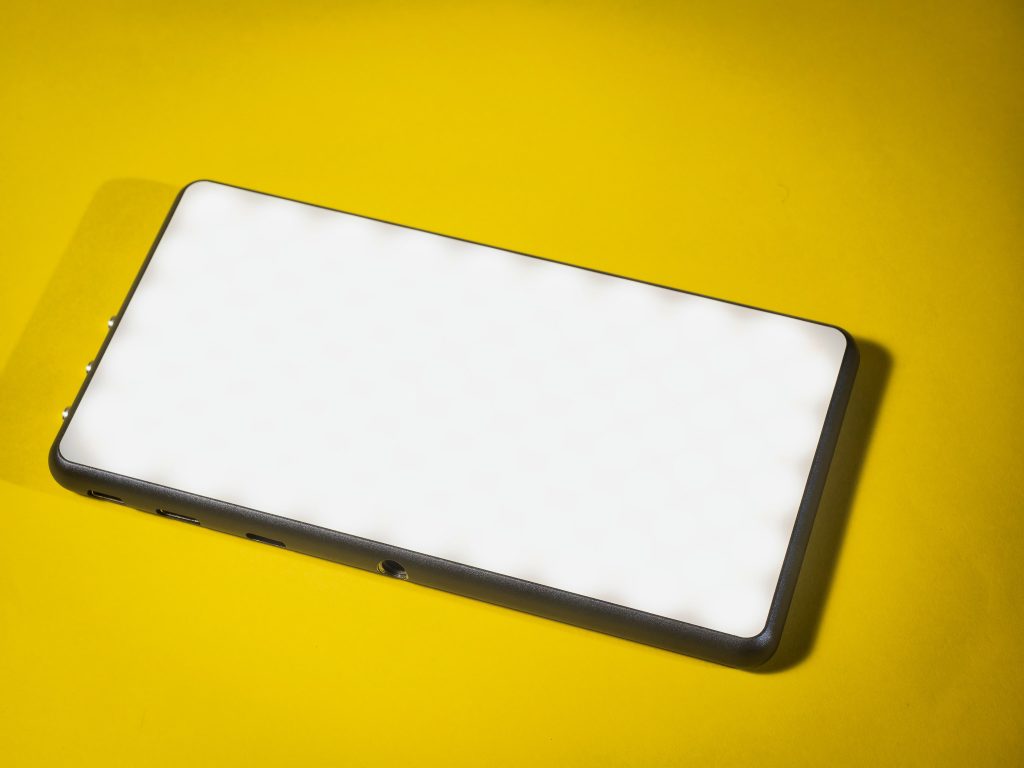 Bearing in mind I’m purely stills, rather than video, how do I make use of it?

Well, it’s replaced my usual powerpack that I carry in my camera case. It’s there to charge such things as my miops triggers, my phone and various other bits n pieces, including a couple of small cameras. Probably a little expensive if that were it’s main role, but I’ve found it extremely useful for macro or close up work. Even on the occasional food shoot, where it’s been an additional accent light when working really close to the dish. And if you’re a video junky, then you really should take a look at it. Seriously! 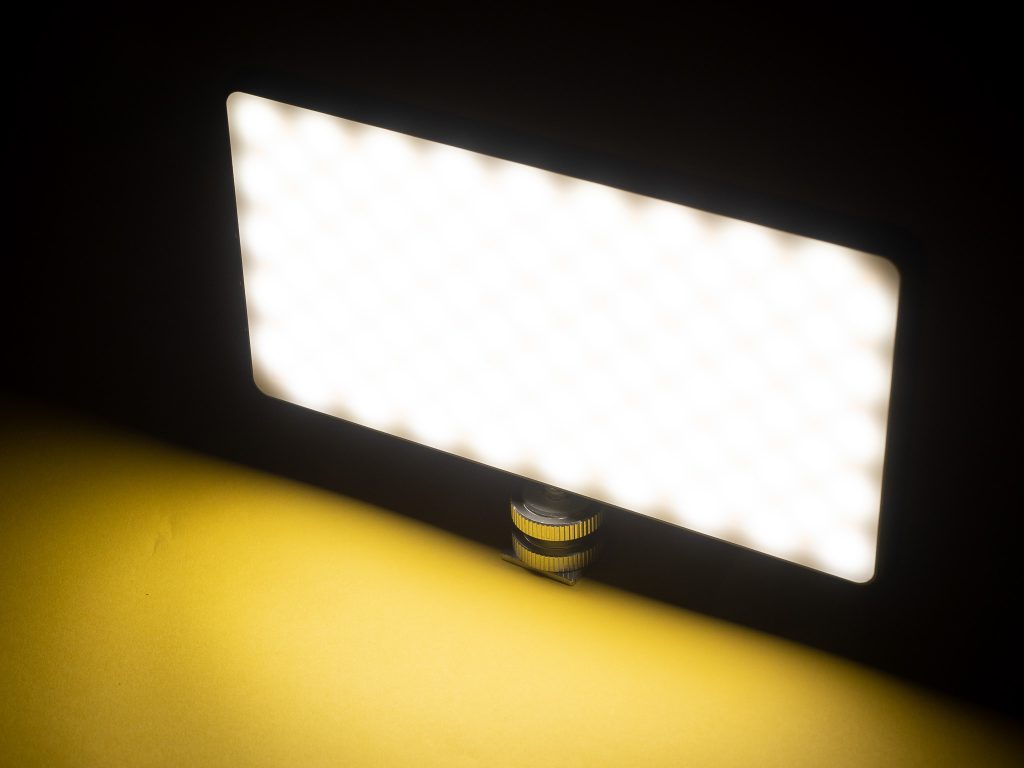 If you’re interested, mine came from The Flash Centre