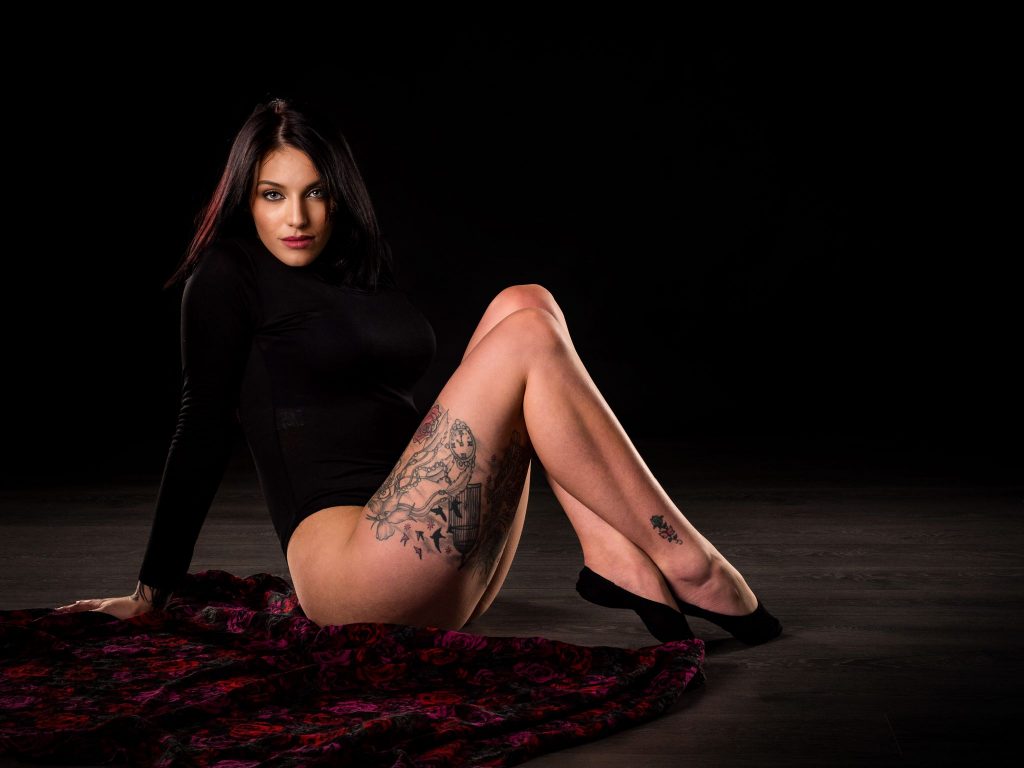 Model portfolio shoots are often daunting for both the model and the photographer. Often, it’s the first shoot for a model wanting to start a new portfolio. For the photographer, it can be a lot of work building the relationship and helping the model find their feet and feel comfortable.

I was extremely lucky with Rebecca. She had asked if I would photograph her as she would like to become a model. One look at young Rebecca and you would have to agree it’s a good career choice. She’s also confident and very easy to get on with. Having said that, she had an ace up her sleeve she hadn’t mentioned.

As we started her first set, she slipped from pose to pose. A little stilted to begin with, but within fifteen minutes, she became fluid. A new portfolio? Yeah, right!

Young Rebecca had modelled as a child and teenager, and whilst she may be 26 (don’t tell her I told you!) and not modelled for quite some time, her previous experience soon kicked in.

Right, lets get to the above image.

I wanted to isolate Rebecca, keeping her the centre of attention. To this end, I basically ensure the ambient light within the studio would have no impact on the image. To achieve this, I used an ISO of 200 and a shutter speed of 1/125th sec. With regards to the lighting, I had an Elinchrom ELB400 frame left and further back than Rebecca. It was firing at and output of 4.0 through a honeycombed stripbox, providing the rim light along her arm and hair. You can also see it picks up and highlights the folds in the scarf on the floor at that side of the frame, along with giving her hand and fingers definition and form.

Frame right is another ELB400 placed beyond Rebecca, although not quite as far back as the one frame left. In fact, you can see the light from it is more of an accent light than a rim light, as it comes around a little further, providing shape and texture to her legs, along with some to her sweater. On reflection, I think I should possibly have had a little more light to better define her sweater. Output was at 4.5 and through another honeycombed stripbox.

My keylight was an Elinchrom BRX500Ri firing through a honeycombed 40×53 inch softbox on a boom arm, allowing me to shoot under it. It was angled down towards Rebecca and firing at and output of 5.0 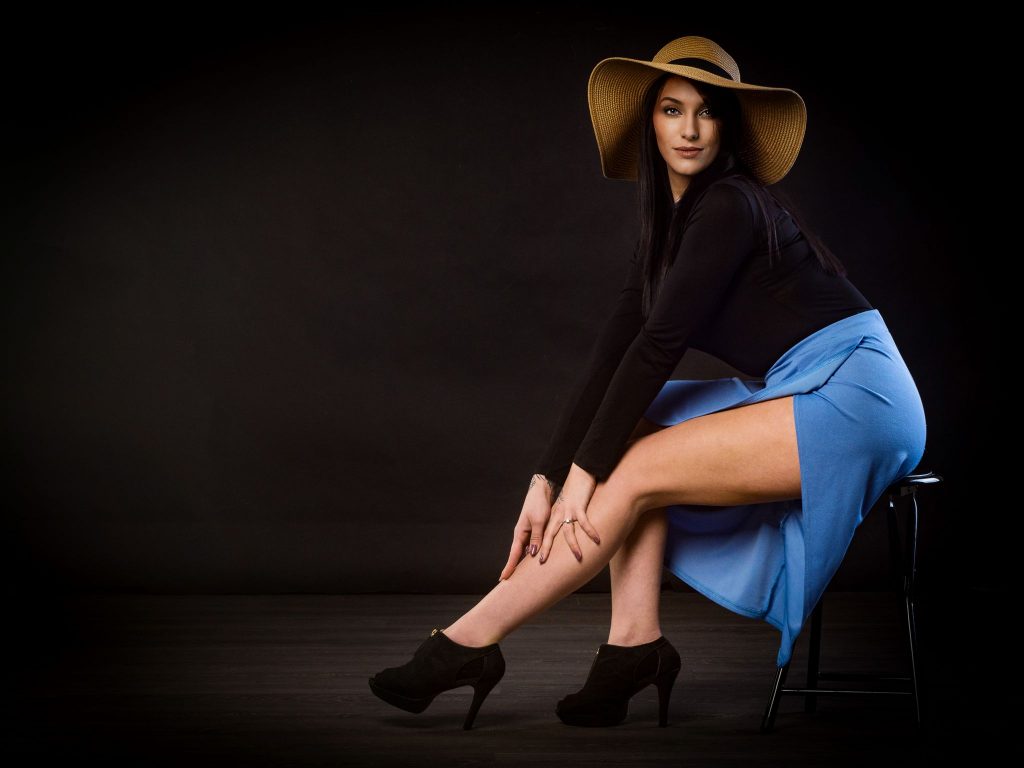 This image is lit in a very similar manner, although the key light is stronger than both the accent lights, to soften the accent along Rebecca’s back and arms. My intention was to create a slightly stronger light on her face to draw the viewer’s eye. The light is quite tightly controlled to create a pooled area, again to draw attention away from the edges of the image, and towards Rebecca’s face.

The accent lights were kept at the same output, and the key light was moved a little closer to Rebecca, and increased by about a stop in power. I also switched from the 12-40mm to the 40-150mm lens. 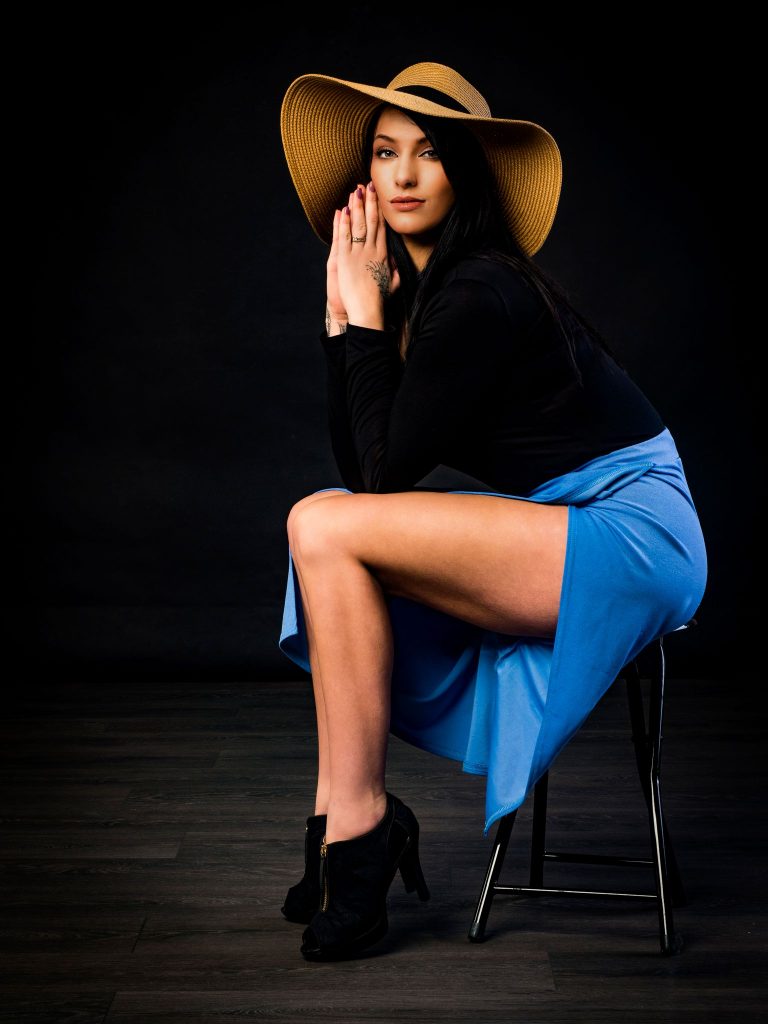 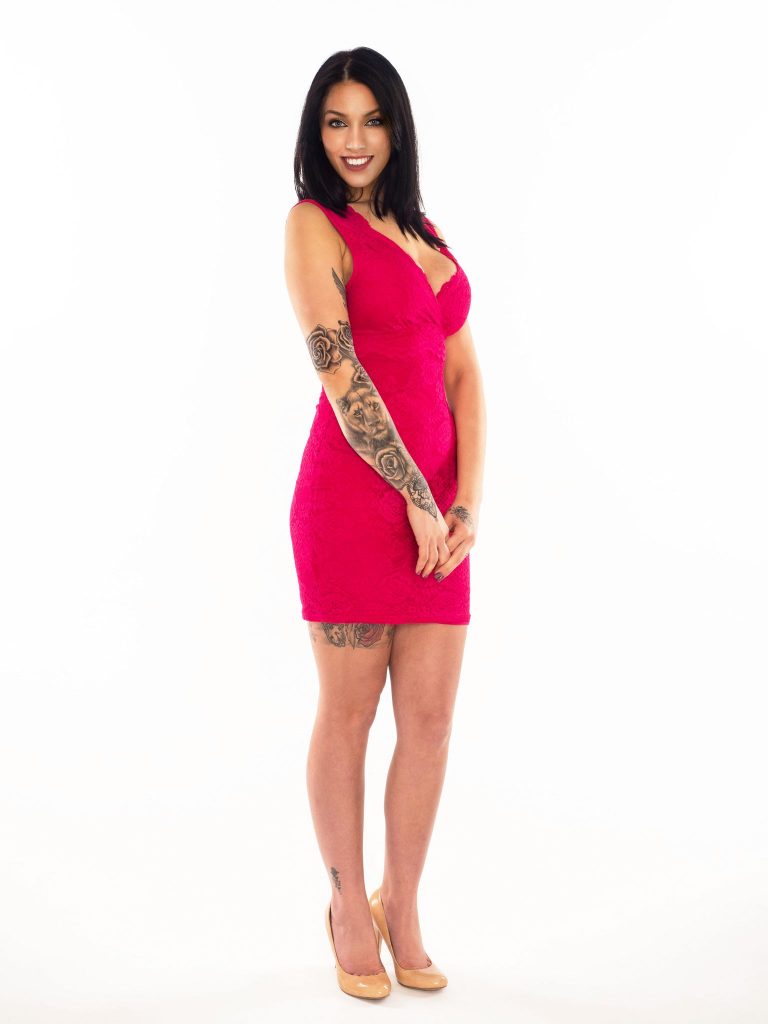 I have two honeycombed stripboxes either side, slightly further back than Rebecca. Boothe are coupled to ELB400 action heads and frame left is firing at 3.5, whereas frame right is firing at 3.0.
The key light is a 6′ jumbo parabolic umbrella with a reverse firing ELB400 at an output of 5.0. Yes, it was a bit of a “pea on a drum” scenario, but worked extremely well. In fact, it worked far better than using a full sized studio head, because the ELB400 head basically weighs nothing. 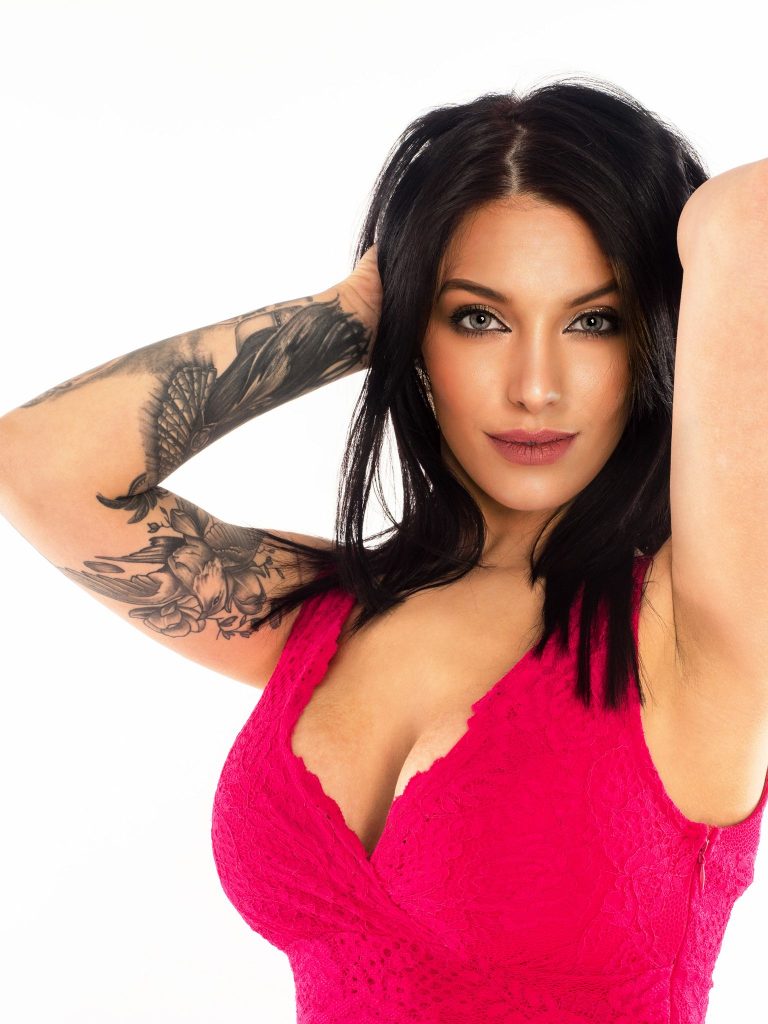 Rebecca is based near Wakefield and will travel. She can be contacted via her facebook page : www.facebook.com/rebecca
She can also be found at Purple Port : http://purpleport.com/portfolio/rebeccajane301/

Lighting courses and training are available through Focal Point: