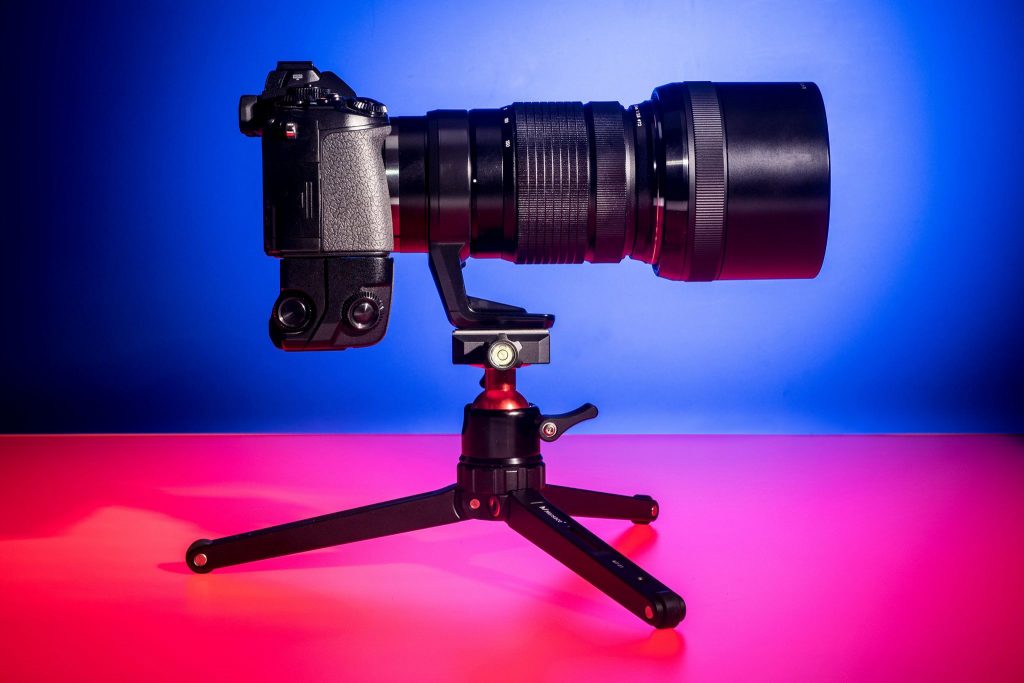 I’ve used tabletop tripods a great deal when younger, mostly for macro work. Later, I found my use of these small supports waned, mostly due to equipment getting heavier.

In the film days, the cameras were generally lighter than the likes of today’s Pro bodies from Nikon or Canon. Although lenses were heavier back then, as they were generally made of metal. Lately, I’ve had cause to look at these diminutive supports for a number of reasons, not least the fact I had a number of shoots lined up in the States. I had settled on the Marsace BT2541-T carbon fibre tripod as my main support, and if I were to be honest, with everything going on with the trip preparation and workload, I simply forgot about the tabletop support.

Whilst shooting the World Food Championships, I had reason to lament my lapse of memory. On a trip such as this, and specifically when shooting food, I would have used the tabletop tripod not for the camera, but as a low support for the accent light. However, I digress.

After I had been back from the States for a few weeks, I acquired the Marsace MT-01. I think it’s fair to say tabletop tripods have come a long, long way from those fairly flimsy ones of old. 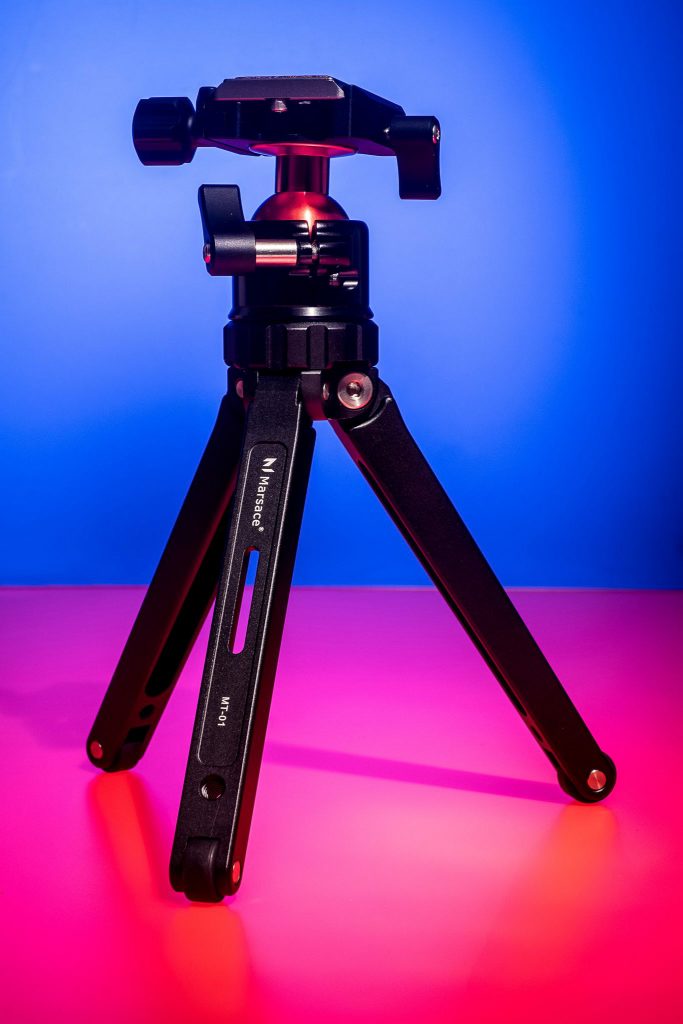 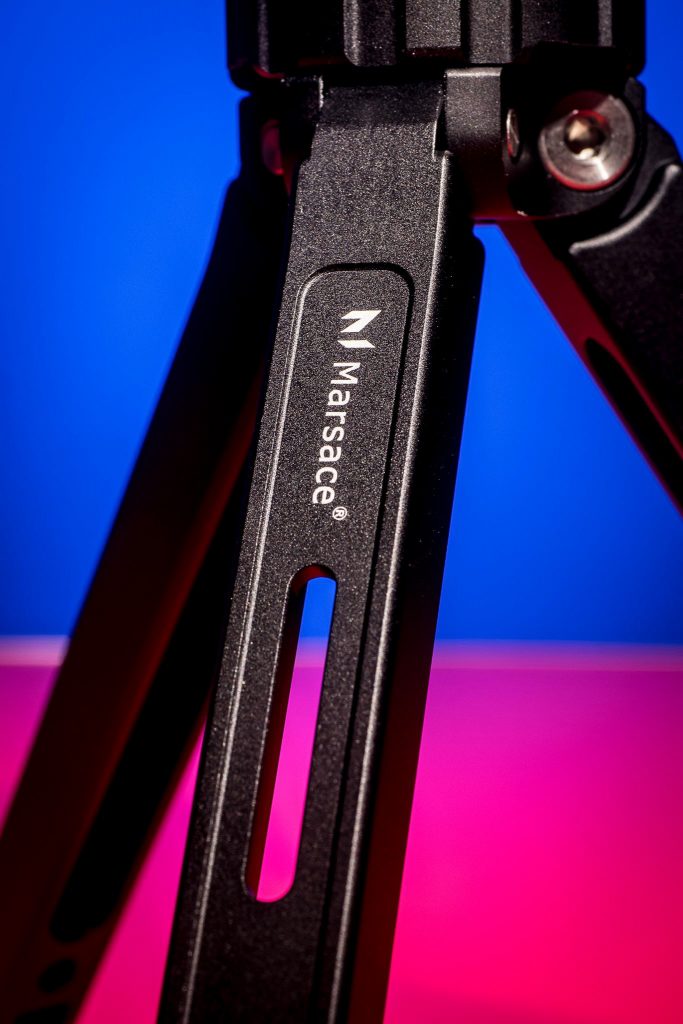 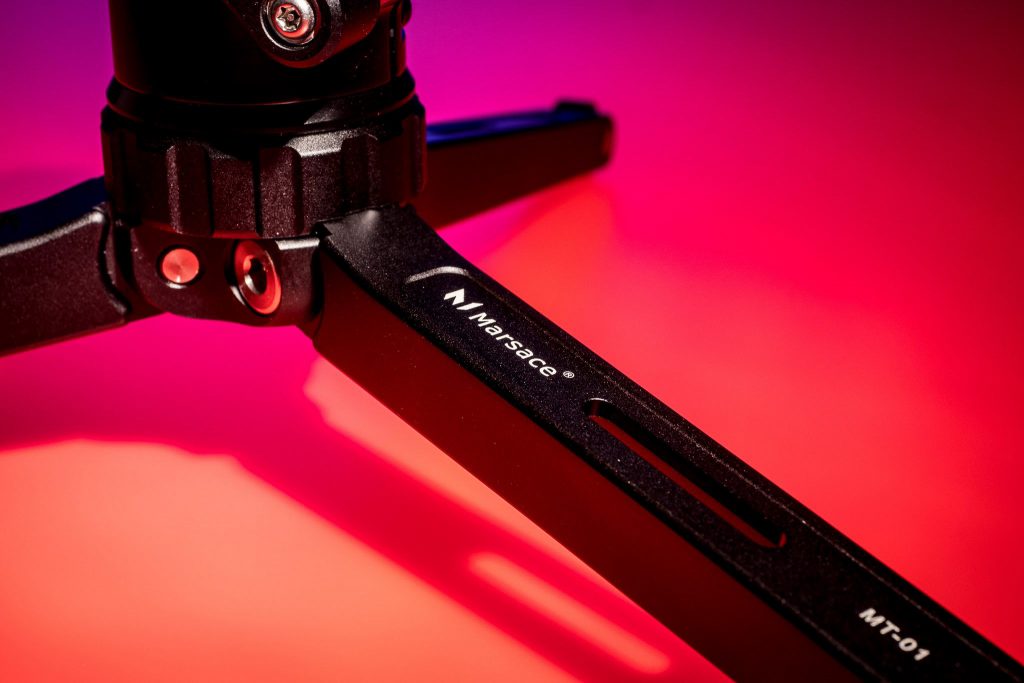 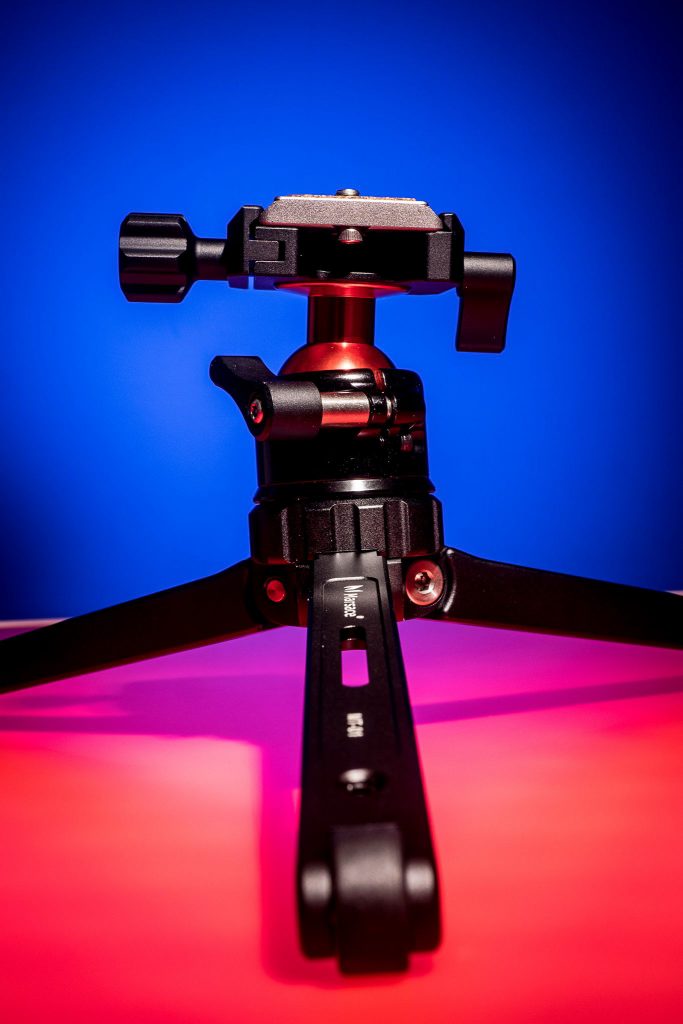 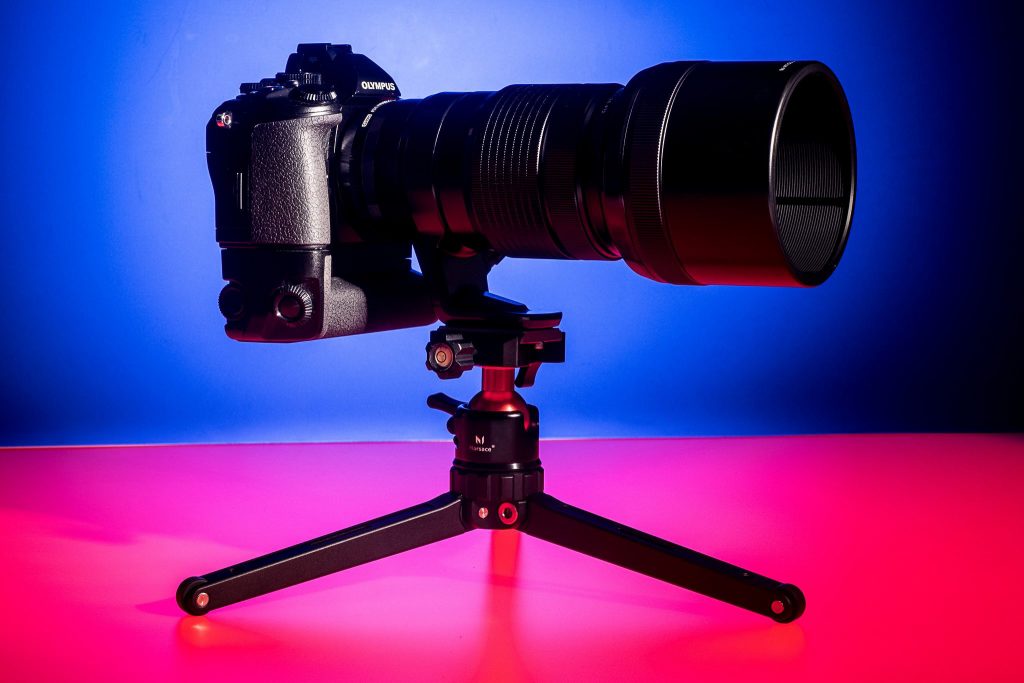 For a start, the tripod itself is very solid, and the fact it’s rated up to 75Kg load is testimony to the engineering and fabrication. The feet tips have rubber which look like a contained castor. A wheel at the end of a tripod leg? I mean, really? An observation one of my photographers immediately pointed out and pulled a face. It just goes to show, we shouldn’t make assumptions. Whilst they may look like castors, they don’t have that functionality. They can be turned, although they are very stiff, so won’t actually roll on a table or other surface. The legs open to a set angle, much the same as any other table top tripod I have ever owned, and at a standard kind of angle/height too. However, it has a rather neat feature where turning the locking ring at the base of the head allows the legs to swing further up. This lets the tripod sit much lower, so the camera base is actually a matter of inches from the ground, with quite a wide base from the tripod, making it extremely stable.

One of the biggest surprises I had with this tripod was the supplied head. I have first hand experience of the quality from Marsace, and the MT-01 is no exception. My previous tabletop tripods ranged in quality, from ultra basic steel to quite complex with telescopic legs and mini pan and tilt head. In all examples, the head tended to let down the tripod. Either poor locking, no quick release, or simply so basic, I would prefer not to discuss them in public! This particular head on the MT-01 is quite different. It’s solid for a start. In fact it has a load capacity of 12Kg. 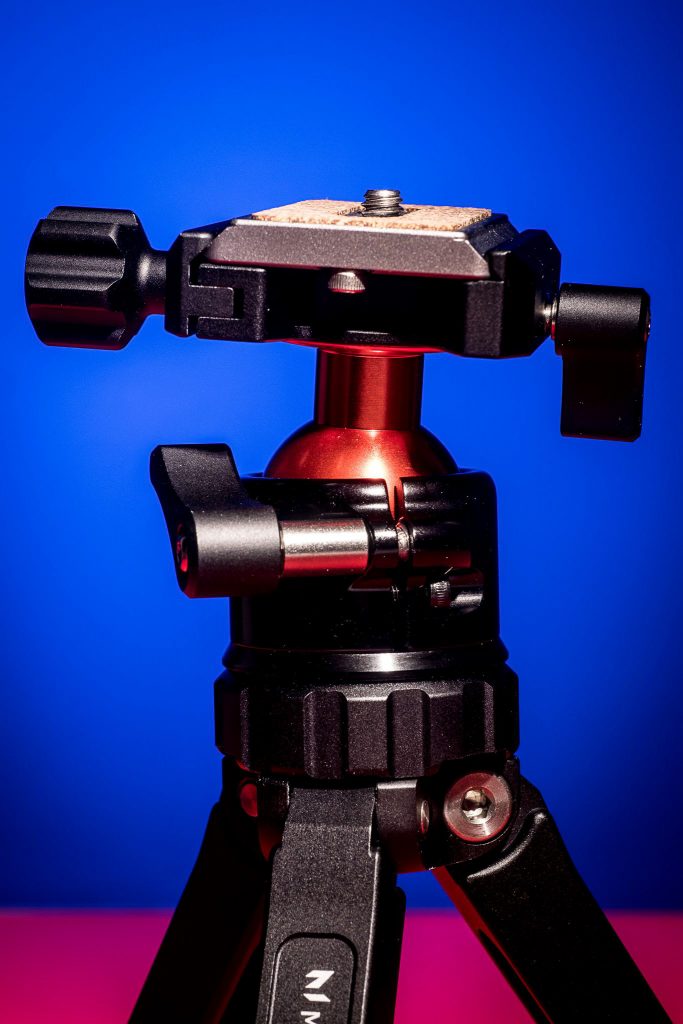 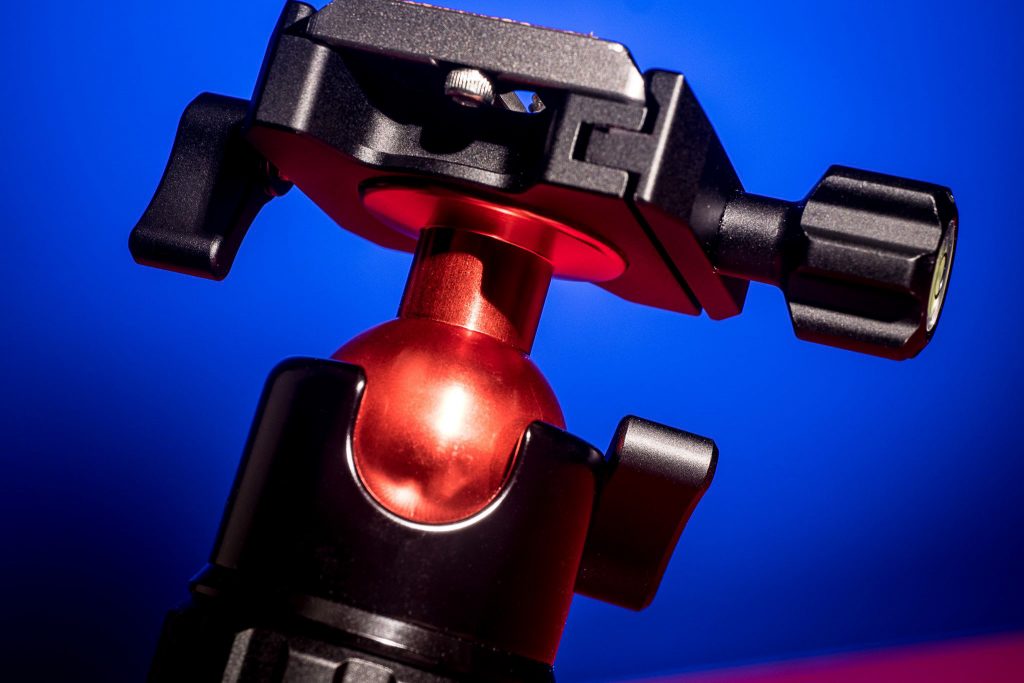 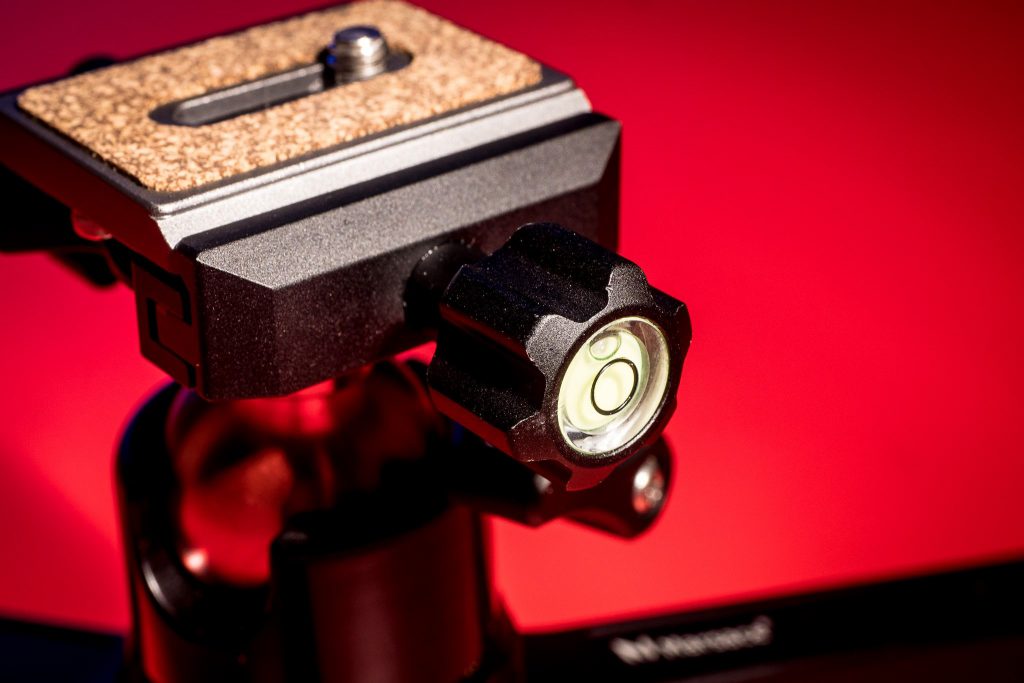 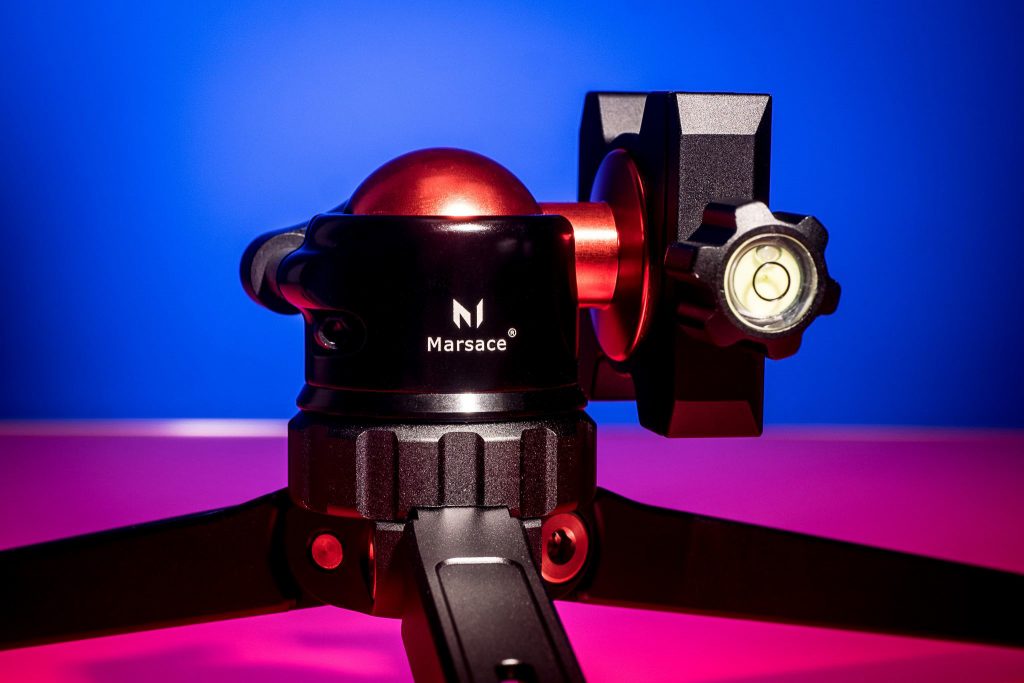 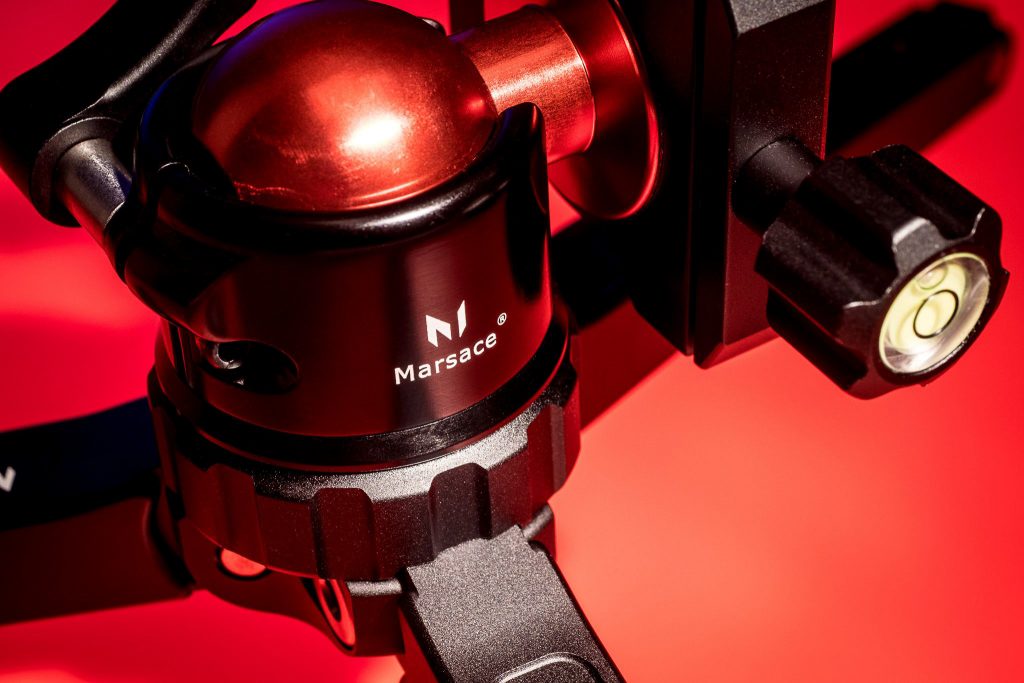 The locking mechanism for the head is a small lever to one side. At first I found it strange that it would foul on the platform, but soon realised by pulling the lever and rotating it, I could set it to any point. It also has a very short throw between release and lock, making it very quick to deploy.

There’s a second knob which when released, allows the platform to rotate very smoothly for panoramas. On the locking knob for the quick release plate, there’s a bubble level set within it. This will give you a visual reference point when using the camera in a portrait orientation. A slot cut out of the side of the ball housing allows the head to rotate to a horizontal position to allow portraiture.

Now, any other surprises?

Well, I was intrigued by the slots cut into each leg. These are used in conjunction with the straps supplied, allowing you to strap the tripod to any support at any angle. Tree, fence post, pipe and anything you can think of. And it’s things like this that make me regret not having sorted this out before the States trip. Wondering why a tabletop tripod for lights? Because there’s a tuppence ha’penny adaptor that screws onto a tripod thread, turning it into a light spigot. Whilst I had originally wanted a good tabletop tripod I could double up as a diminutive table lightstand, the supplied straps would allow this little tripod to be lashed to pretty much anything, and would cut out the need for me to take a couple of clamps for the same purpose. 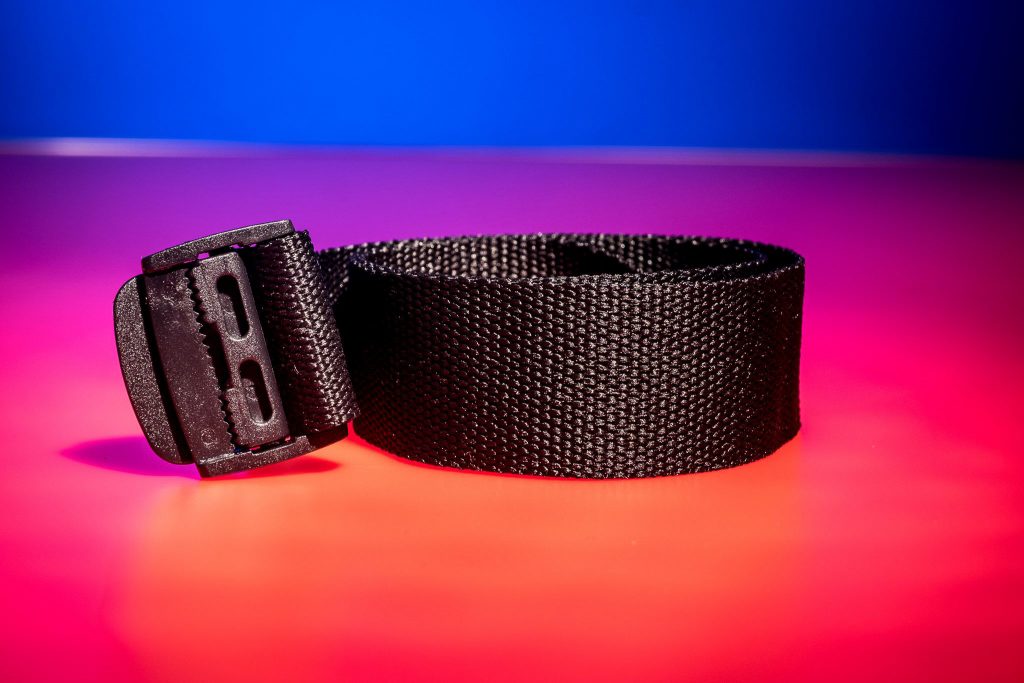 However, that’s just me. I prefer to buy equipment I can use in several ways, rather than lots of equipment for specific tasks. It saves weight when flying to jobs. And dare I say it? It ultimately saves time and money, which is not a bad thing. 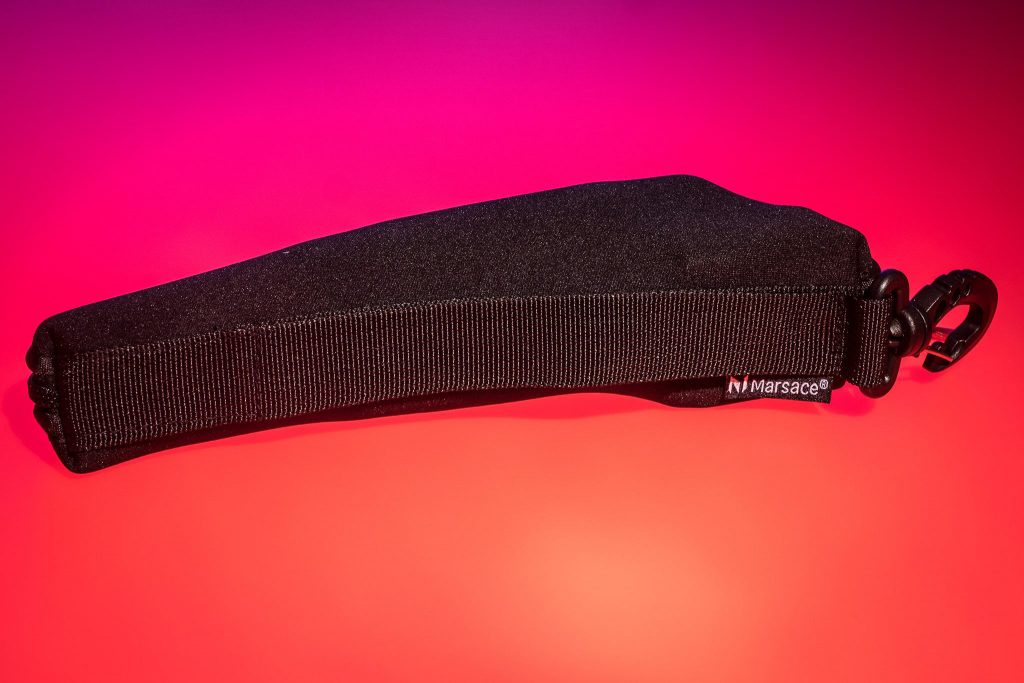 Oh, and one final thing. It also came with a good quality case and a couple of Allen keys for maintenance.

My review of the Marsace BT2541-T carbon fibre tripod can be found here.