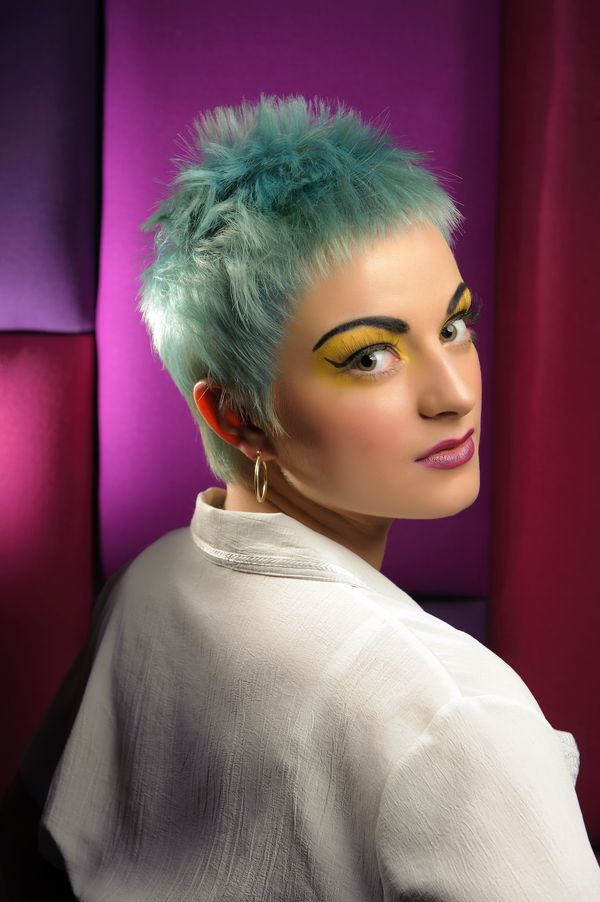 Some of you may recall a good friend of mine, Rachel Mason, Educator at Alan Howard Training. Rachel has worked on several shoots with me before, including the cover for the 2013 Lencarta catalogue.

Anyway, Rachel asked me to go along to a training event, where a new hair colouring system was to be launched. Take a few headshots, a few of the entertainment and training, and that’s it. Easy Peasy!

Well, I’ve known Rachel a long time, and it’s rarely been exactly as planned. It’s always bigger and far more complicated 🙂    And guess what?, this turned out to be no different. I arrived an hour early, just in case I needed a bit more time. Which of course turned out to mean I had no time at all! As I arrived, they were in the final throws of rehearsal, and Rachel wanted the head shots doing as soon as possible. No worries, just point me in the direction of the spare room you promised, and I’ll get on with it.

I was given a space five feet by five feet, with two deeply padded and multicoloured walls. Now, I could actually stand just outside the allocated five by five feet, because there was a rail that governed one side of my designated area, a table for the second barrier, and of course the two walls.

Well, we work with what we’re given, and I was given a very interesting wall 🙂

For the background, I used a manual speedlight (Yongnuo YN560 II) at a ¼ output, and placed so as to fire across the wall, skimming it. I had to flag it, to prevent any light contamination of my main subject.

Immediately above the background light, I placed a second gridded speedlight facing towards the subject. This provided the accent light seen frame left.

Finally, the main light was provided by a Lencarta Atom 180, firing through a 90cm folding Octa at just above head height and just camera right. 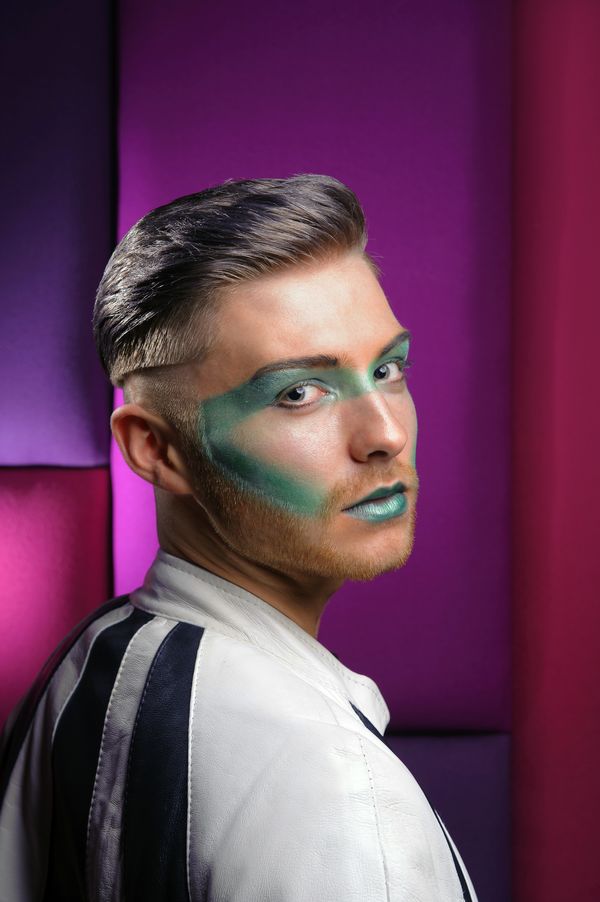 This second image was taken in the same manner 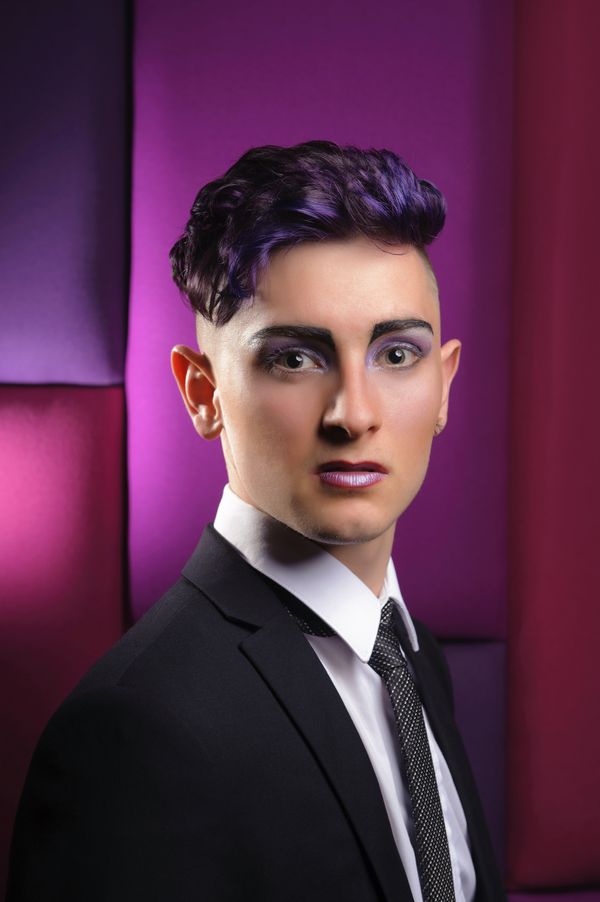 And the same again 🙂