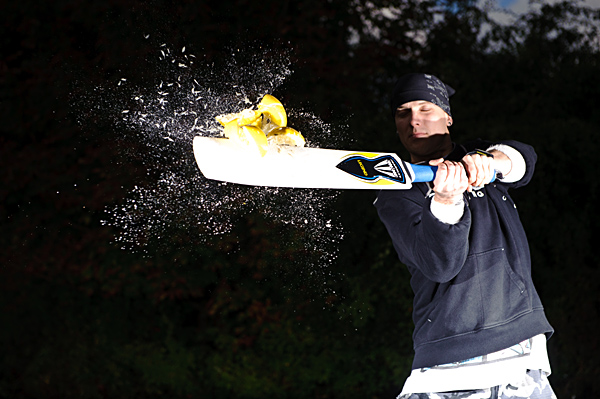 I’m a serious photographer, and I do serious stuff, honest! However, this was just out and out childish fun 🙂

Lencarta have launched a new high speed transceivers for Nikon cameras, the Mach 1N. I was lucky enough to be given some pre-production models to put through their paces. Now, I’d been told they weren’t utilising a tail hack, which piqued my interest, as I’d tried a few triggers previously and discounted their relevance for my work. They each had shortcoming, such as colour shift, misfires or complicated setups. Also, they all needed training in some way which tended to tie them to a particular camera body. Meh! What a ruddy faff!

So………. When I was told about the Mach 1N, I was just a little sceptical. Now, I don’t know whether that showed on my face, because Garry Edwards smiled knowingly, and we all know Garry doesn’t smile that often!

First things first, no setup, no training, no misfires and no colour shift.

Yeah, read that line again. You slip it into the hot shoe of your Nikon DSLR and away you go. Simple Pimple.

The above image was to show their action stopping capability. Martins Arbidans, whom some of you may already know from this post, is a good friend of mine and agreed to help with the shoot. A cricket bat (a flat baseball bat for my American friends!) was duly purchased, along with ten grapefruits. (Yes, beef tomatos would have been good fun too, but definitely far messier). The skins on the grapefruits were scored to ensure they would burst. After all, we are photographing the high speed explosion of the debris, rather than Martins’ ability to smash fruit!

Three speedlights were used, all at full power and around six to seven feet away from Martins, and all individually triggered by Mach 1N transceivers. The speedlights used were an SB900, an SB800 and a Metz 54 MZ-3. Any make and model speedlight can be used, providing it has a standard hotshoe fitting. Apologies to Sony users, although I believe the newest Sony cameras have now got standard shoes, and about time too.

The camera was my trusty, if aging Nikon D3, which has a maximum shutter speed of 1/8000th sec, so that’s what I selected. At this speed, the shutter will only utilise part of the available flash from the speedlights, hence the use of full power. ISO was set to 320 and the aperture was set to f4.5 and that was basically it. The grapefruit was duly thrown and smashed to bits. In fact lots of bits!

The fun and games were being recorded for posterity by a film crew from Marmalade Toast, who obviously felt they weren’t being included in the fun quite as much as we were, as Allan asked for a go. 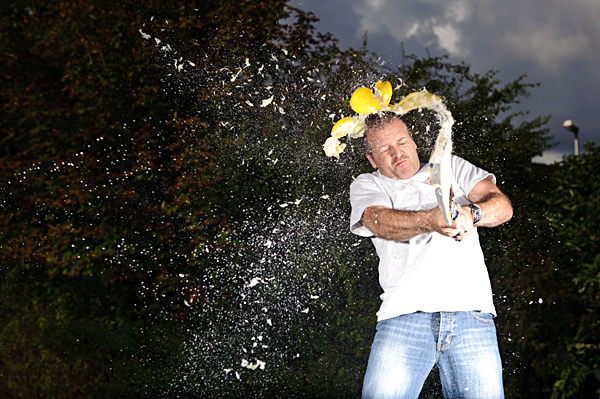 Is it really stopping the action, I mean, really, really? 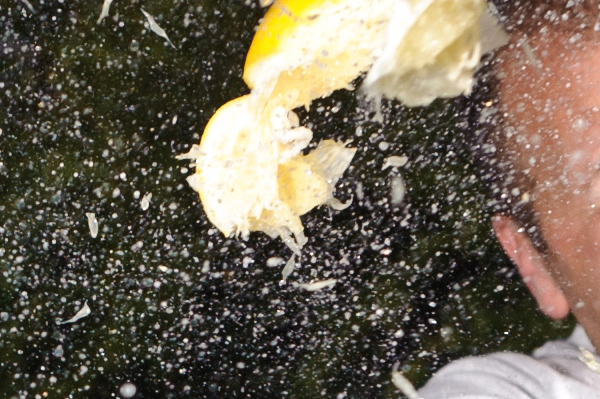 Well, I think so. This is a 100% crop from Allan’s smashfest. I’m pretty happy with it, to be honest.

Right, why did we shoot it in the dark? Well, actually, we didn’t. Allan’s image was taken at 1510hrs, and the shot of Martins was taken at about 2½ minutes before. This is the feature that is of most interest and benefit to me. The ability to basically overcome the ambient light to whatever degree I need.

A little earlier, I photographed Martins to get an idea of the ambient light levels and give me a starting point. 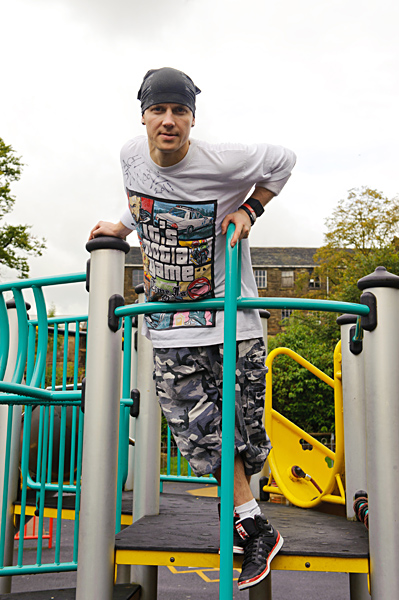 Yeah, ain’t it exciting. D3 set on programme, which gave me 1/200th sec at f7.1 and ISO200. What I wanted to capture was the ability to reduce the ambient light, so really, I needed the sky to be within the frame, hence Martins is stood at the top of a climbing frame in a local playground. We then told him to jump off! 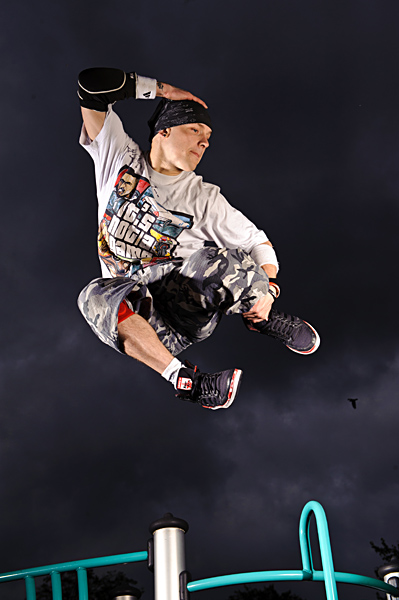 If I were to be honest, I’m unlikely to ever need to overcome the ambient to this kind of level. However, I have lost count of the number of times I needed to drop the ambient by an extra stop, particularly when doing bridal portraits at the height of summer. OK, that might have been a bad example considering I live in England and summer lasts three days here, but you get the idea.

These are now my daily workhorse for triggering flashes, whether speedlights, location kits or studio heads. They work with them all and do what they are supposed to do. End of!

Thanks to Garry Edwards for support during the shoot, and also to Allan and Paul of Marmalade Toast. Incidentally, and don’t tell him I told you so, but Allan’s a damned good photographer aswell. He can be found at Hot Coffee Photography

Many thanks to Martins, for risking life and limb.

All images have their exif data intact.

The video produced by Marmalade Toast can be found here.