A Gentleman’s Sport (and Ladies too!) 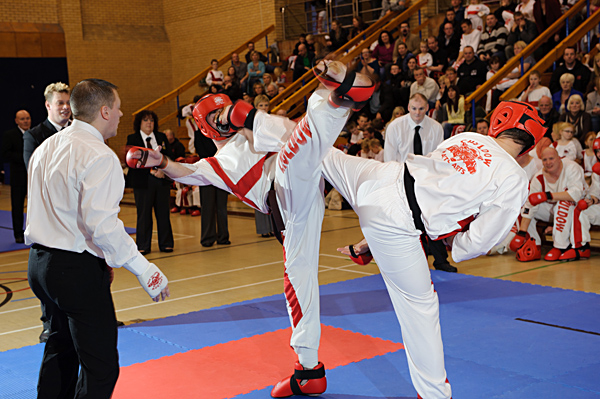 Last Sunday I was photographing a marshal arts tournament in Wakefield. This had been a follow on from a previous shoot I’d done for one of their academies in the summer.

When first asked to photograph the tournament, it stirred old memories of the Judo and  Karate competitions I had entered, some thirty five years ago. Adrenaline fuelled egos in the changing rooms, and opportunities for bullies on the Judo mats. Can’t say I enjoyed it at fourteen years of age, and I suppose I was expecting similar. My, how things have changed.

A lot of marshal art schools claim to instil discipline and confidence, but this is the first time I had seen it so blatantly obvious. 800 spectators and what looked like 300 or more competitors, and it all ran like clockwork.

No tempers or egos, and every single runner up heartily and genuinely congratulated the winner. Every adult was addressed by title, including myself. And they were all respectful to each other. Believe me, that many kids and not a single one running amok? It was quite something to experience.

I would certainly recommend the Chuldow Academies to anyone wanting to learn self defence, or provide their child with a sense of purpose and self discipline.

Besides the memories of my own competitions, I also remembered how dimly lit some of these places actually are. Typical sports hall with lofty ceilings and fluorescent lighting, giving rather poor ambient light levels. The light reading with the ambient light gave me f5 and 1/50th sec at ISO1600 which is a bit rubbish really.

1/50th sec won’t stop the action, and I’d end up with a real blurry mess, not to mention sensor noise. Yeah, I know the D3 is good at 1600ISO, but I wasn’t sure if the images may be needed for promotional print work at a later date, so I really needed the ISO to max out at 800

So, how do I get to stop the action without cranking up the ISO?

I used two speedlights (sb-800), both gel’d window green to match the fluorescent lighting. These were placed on stands at a height of around 7 feet. They were at one end of the mat, with one at each corner, cross lighting towards opposing corners, with their heads aiming at down slightly. Each speedlight had additional power from Quantum battery packs to reduce the recycle time.

I wanted to have the speedlights to increase the lighting level to one stop over ambient. Why only one stop, when I could probably raise it by two or three stops to raise my shutter speed. Well, I wanted it to only be one stop above ambient, so that the ambient light would act as fill for any background in the image. The ambient would also help “fill” the main subjects if shot from the side of the mat, rather than the top where the speedlights were.

The light level differences were also going to mean the main subjects were going “pop” compared to the background.