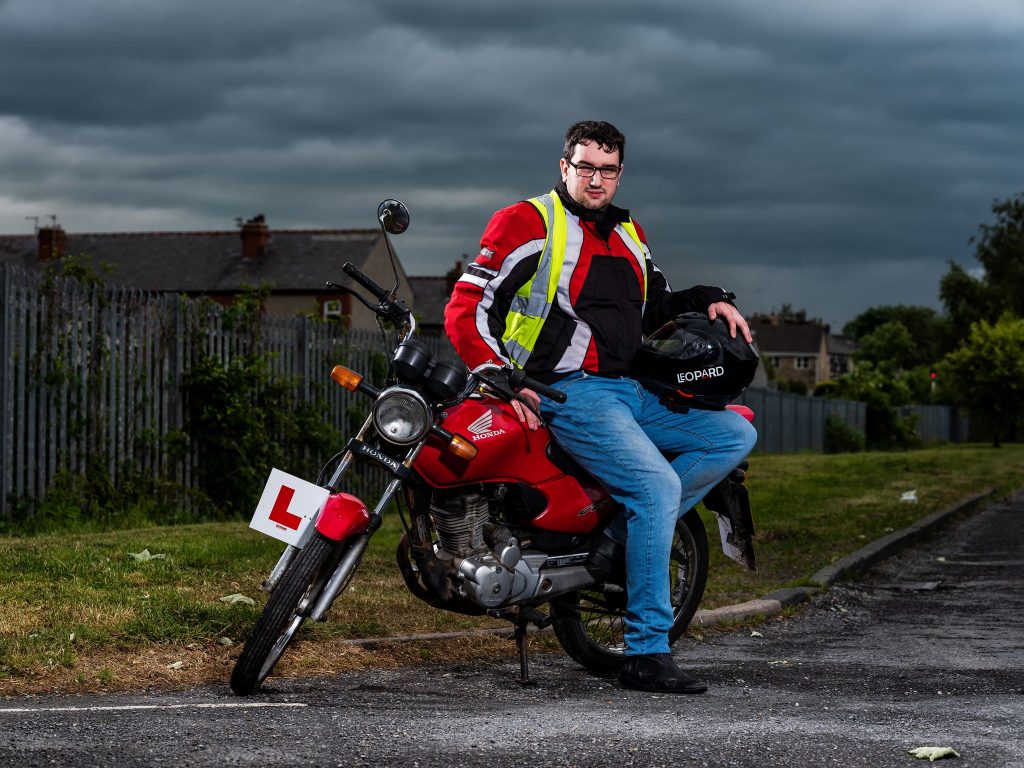 Meet Mr. Snowden. Jonny Snowden. All round good guy and thoroughly upstanding chap, but a rather reluctant model. I had offered to photograph his bike, but failed to mention I wanted to put his bike in context with him.

Jonny’s bike is a 2005 Honda CG125, and he had picked out a fairly quiet little back road in Clitheroe, which seemed to fit the bill rather nicely. It was early afternoon, and pretty overcast. The clouds had a lot of structure, rather than the flat grey, wall to wall washout you can sometimes get. This would at least give me the opportunity to create quite a dynamic image.

The Fujifilm GFX 50s allows me to use an ISO of 50, giving me greater latitude when manipulating the ambient light within an image. The maximum xsync on the camera is 1/125th sec, which would be limiting if I had a minimum ISO that was 200, such as a lot of DSLRs. By using an ISO of 50, combined with a shutter speed of 1/125th sec and an aperture of f9, I was able to under expose the ambient by about a stop and a half. This created a much more dramatic feel to the image, and also emphasised the texture in the cloud cover. It also had the effect a increasing the saturation slightly.

The key light is an Elinchrom ELB500, firing through a high intensity reflector. It was placed frame left, at a height of seven feet. It was firing at an output of 5.0 (Equivalent to 200Ws)

My accent light is a second ELB500 placed frame left, and in line with Jonny and his bike. Again, it was firing through a high intensity reflector. The output was also at 5.0 (Equivalent to 200Ws). It appears to be a stop, to a stop and half brighter, because the light itself is nearer to Jonny than the key light. 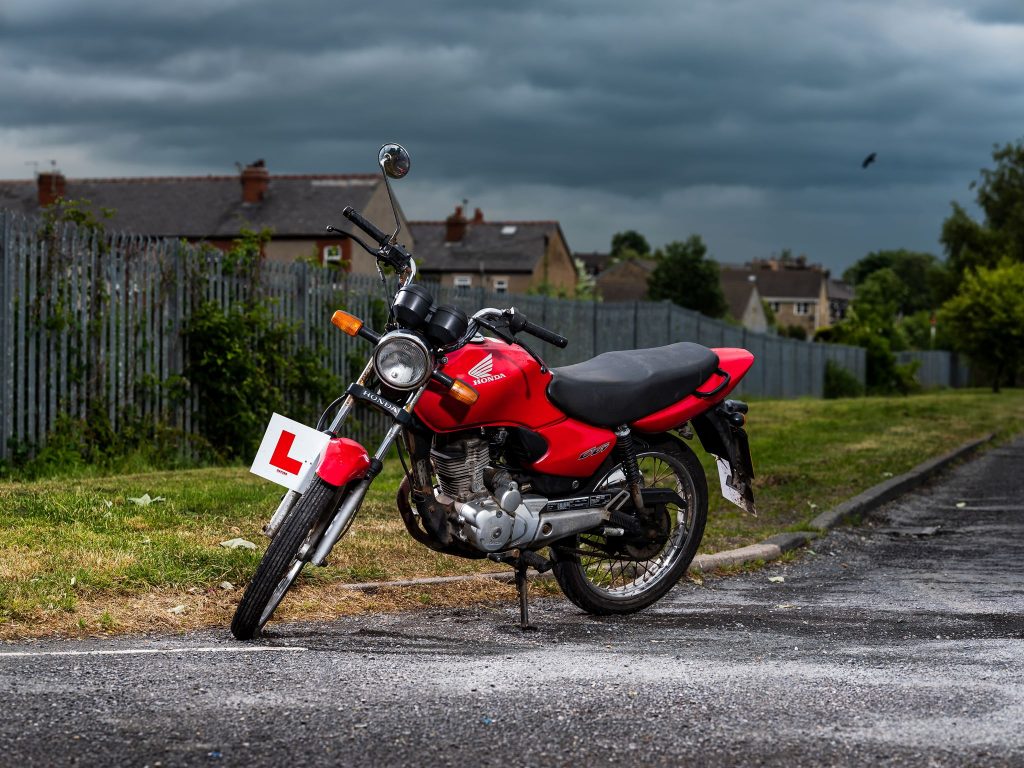 This was the initial image, or my light test, although I never intended to use this one. I just wanted to check my settings, and see what I was getting from my lights, before bullying Jonny to start his modelling career. I don’t think he’s done a great deal of modelling since the shoot. I think he’s waiting for his big break!