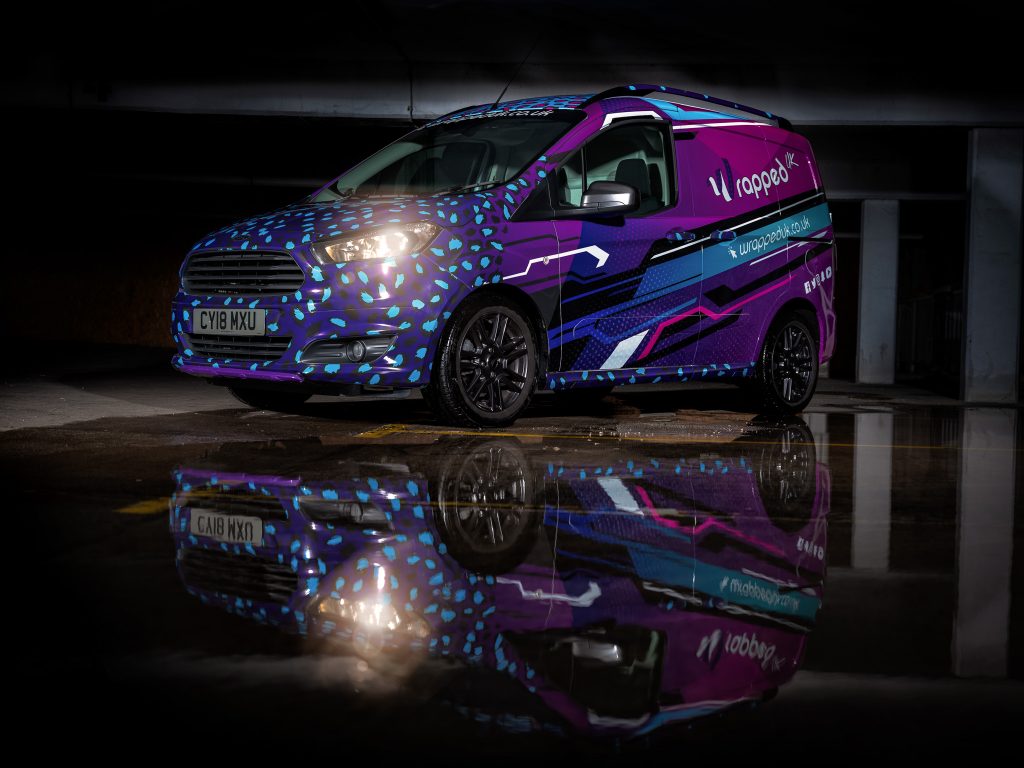 The above image was conceived and shot for Ash Ellison, MD of Wrapped UK, who are based in Colne, Lancashire. The material is quite reflective, and posed a number of challenges.

Automotive photography is basically about the light, how it impacts on the vehicle, and how you mitigate reflections. Like any product photography, you are using the light to either emphasise or hide shape, texture and form. Here, the wrapping material added to the equation with its reflective property. By placing the first light frame left, and straight on to the bonnet of the van, it reduced the risk of any reflection or flare being captured. The light source was an Elinchrom ELB500 from the Flash Centre, firing through a high intensity reflector, at an output of 4.5 (Equivalent to 150Ws) and at a height of six feet.

A second ELB500 was placed frame right at a height of seven feet, firing through a high intensity reflector. As it was a little further away than the frame left head, it needed to have a slightly higher output, which was 5.0 (Equivalent to 200Ws).

By using a low ISO of 100, and the maximum sync speed of 1/125th sec, I was able to under expose the ambient light to such an extent, it basically gave me a near black frame. The van was lit to bring it up to the exposure value, making it pop, and creating an almost three dimensional look. The pool of water provided an interesting foreground, and the low camera position and wide angle lens made full use of the available reflection. 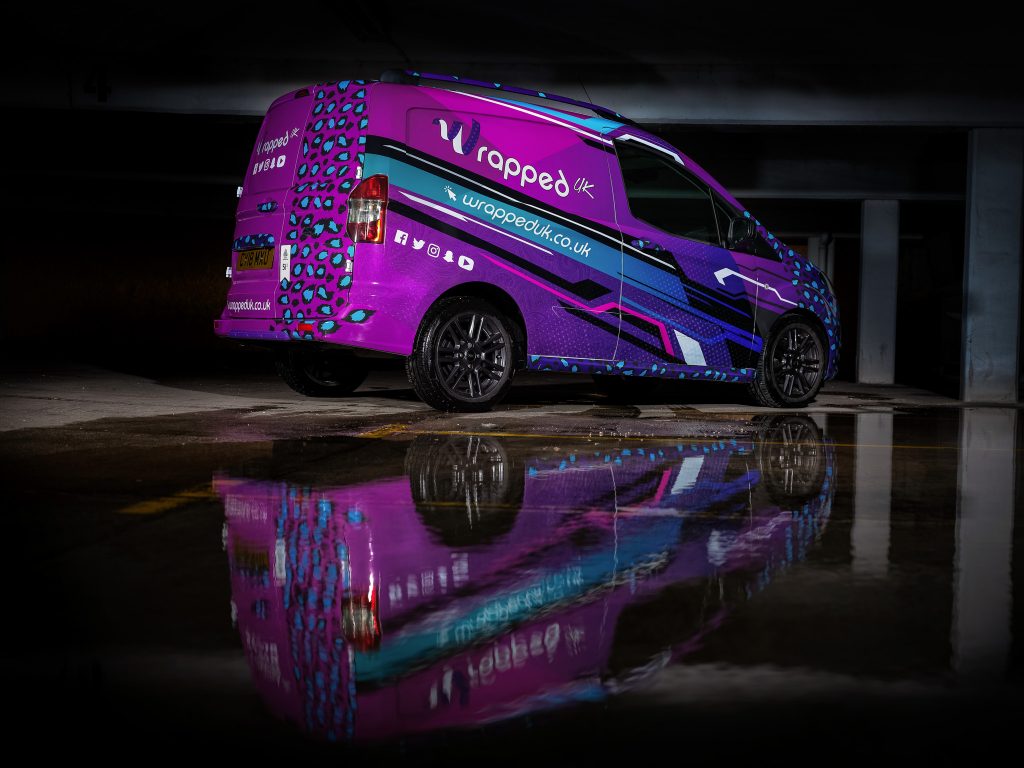 This is the rear three quarter view. The lights were effectively in the same place, and at the same settings.

Ash kindly let me steal his phone images, taken whilst I set the lights. These images give an indication of the ambient light levels, and how far I had to bring the ambient down, to get the images I wanted. 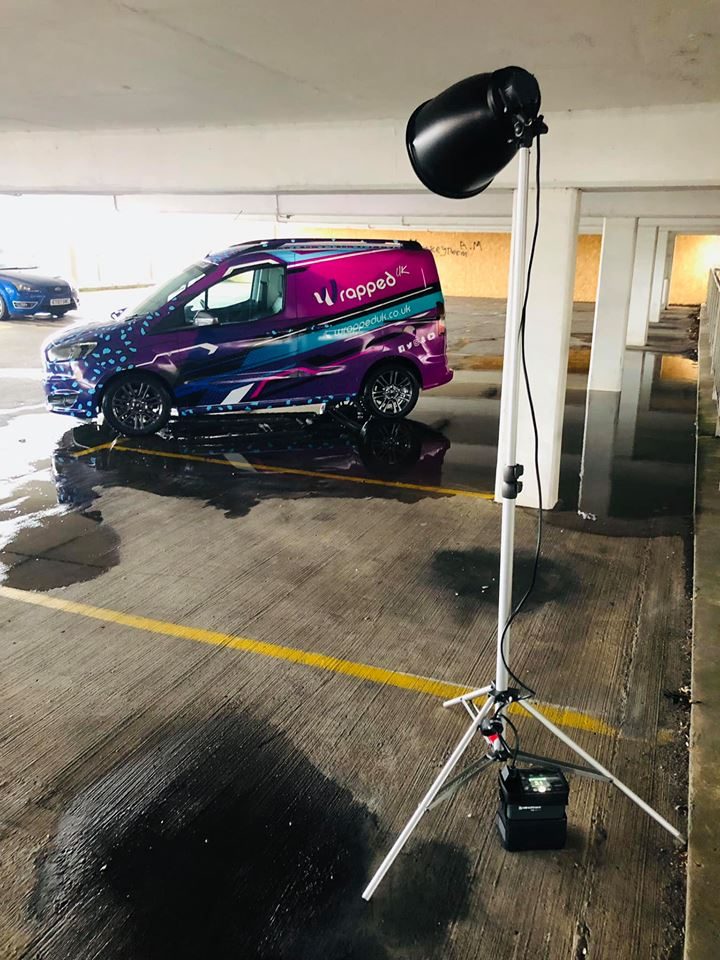 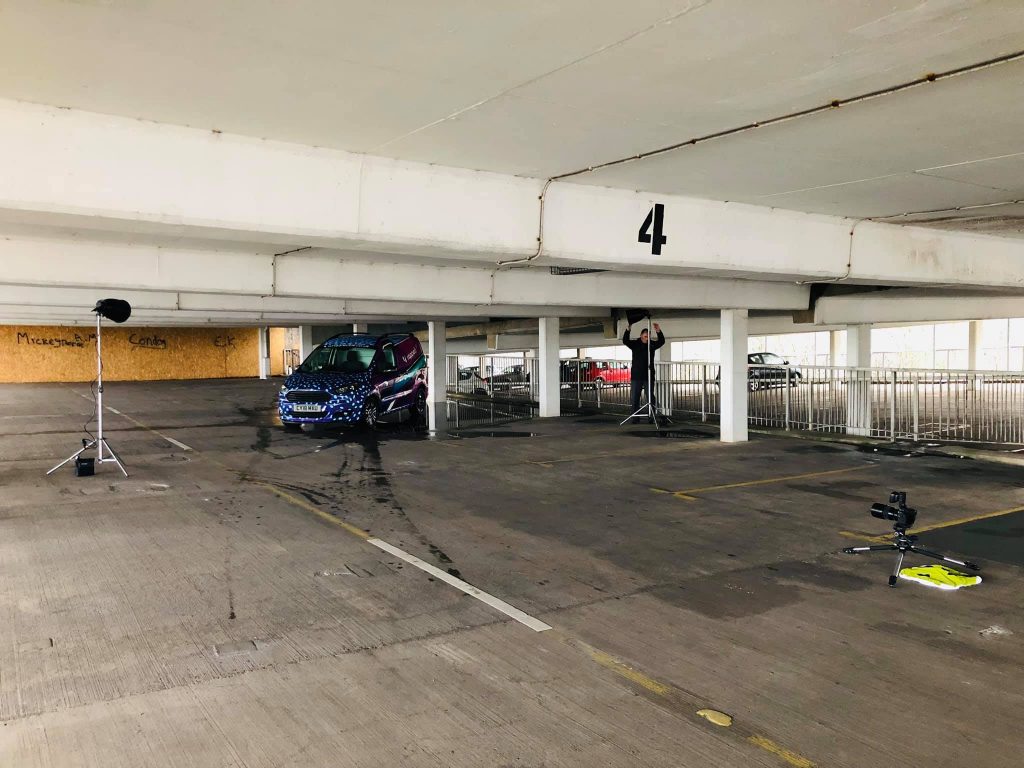 Wrapped UK can be found at http://www.wrappeduk.co.uk