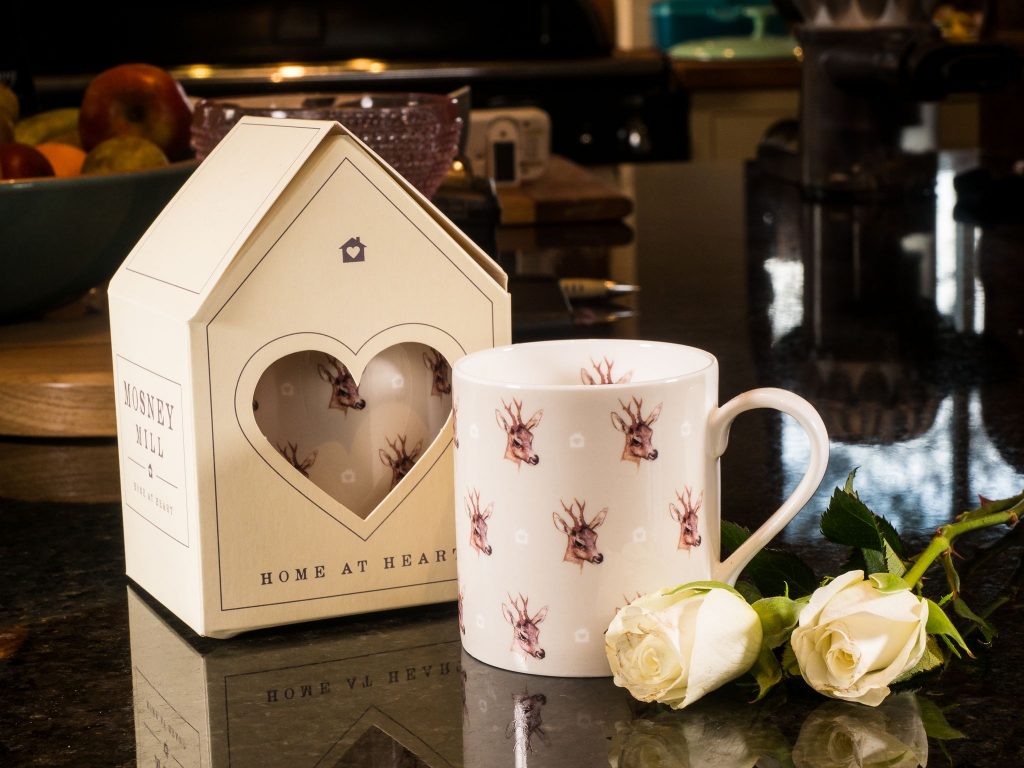 Mosney Mill is a company owned by artist, Emma Sutton. Her hand painted designs are the epitome of country living.

I love her designs, and the careful selection of kitchen goods they have been applied to. From aprons to oven mitts, mugs to tea pots and notebooks to wallpaper. All are beautifully conceived and lovingly created.

I had been asked to photograph a number of items in preparation for a website overhaul. The brief was straightforward, which was to concentrate on the clarity of the design first and foremost, along with the quality of the product.

The above image was shot in Emma’s kitchen, depicting one of the mugs with it’s “house” packaging alongside.

I wanted to include some of the ambience to ensure the kitchen setting beyond the mug was seen, and also include sufficient depth of field to to provide clarity to the mug, and also ensure the background wasn’t just a mass of blur.

I placed an Elinchrom ELB400 frame left, firing through an 80x80cm folding softbox and firing at an output of 4.0 (Equivalent to 100Ws). It was just above the height of the worktop.

This was my keylight, and designed to mimic a large kitchen window.

I placed a second ELB400 frame right, firing through a gridded 18cm reflector at an output of 3.0 (Equivalent to 50Ws). This provided the subtle highlights. 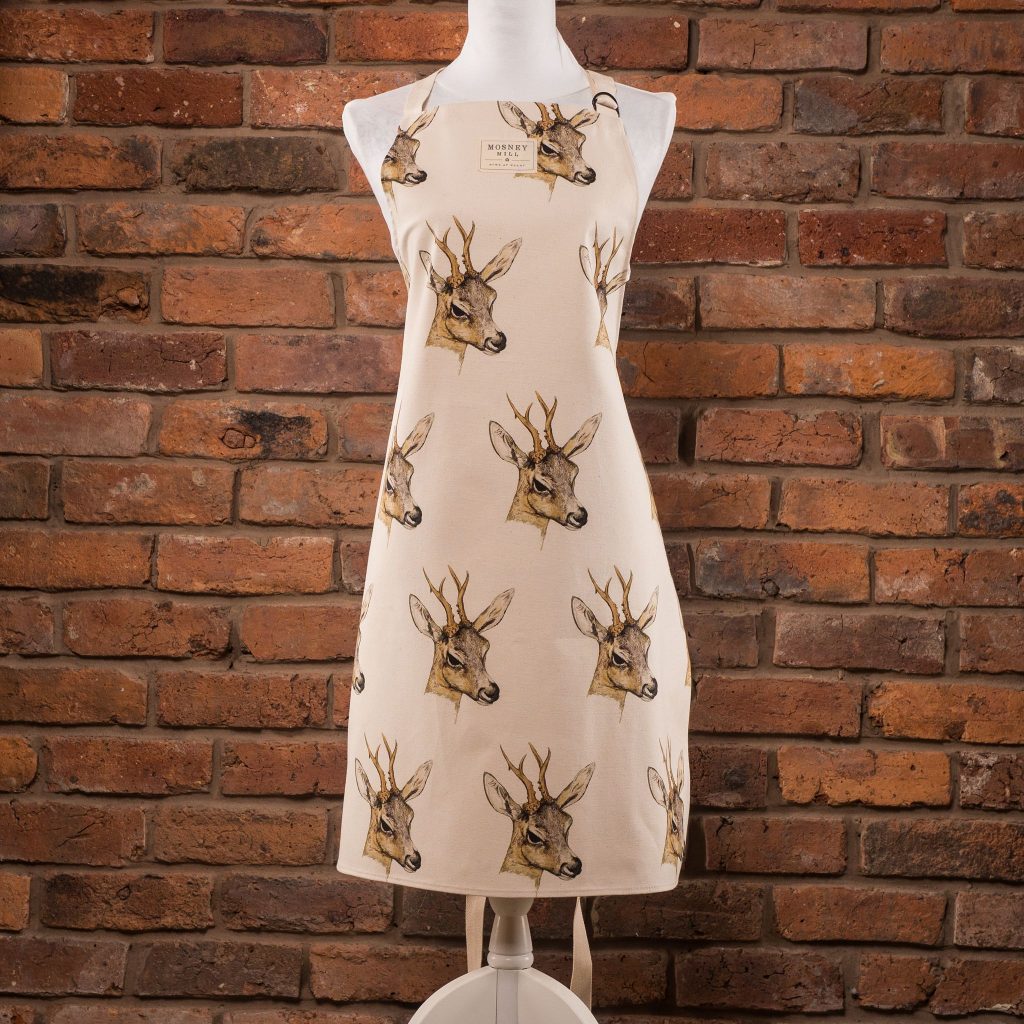 Here, beside the shape and form of the apron, I also wanted to ensure I emphasised the texture of the wall, I placed an ELB400 either side of the apron, both firing through honeycombed 30x140cm stripboxes. These provided the accent lighting you can see down the sides of the apron, giving it shape. Both lights also skimmed across the wall, helping to bring out the relief of each brick. Each light was set to 4.0 (Equivalent to 100Ws).

The keylight was a third ELB400, firing through an 80x80cm folding softbox to my immediate left, and raised almost to the ceiling. Output was agin at 4.0 (Equivalent to 100Ws). 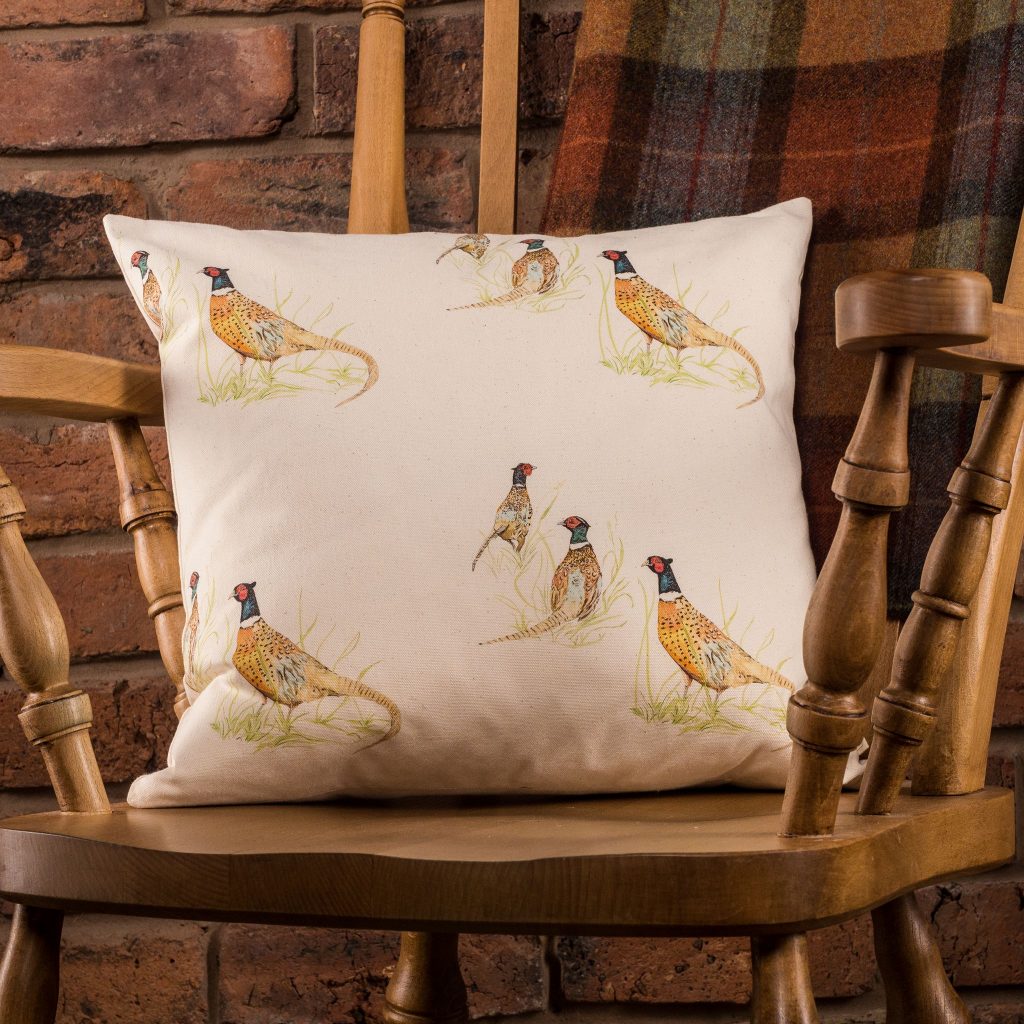 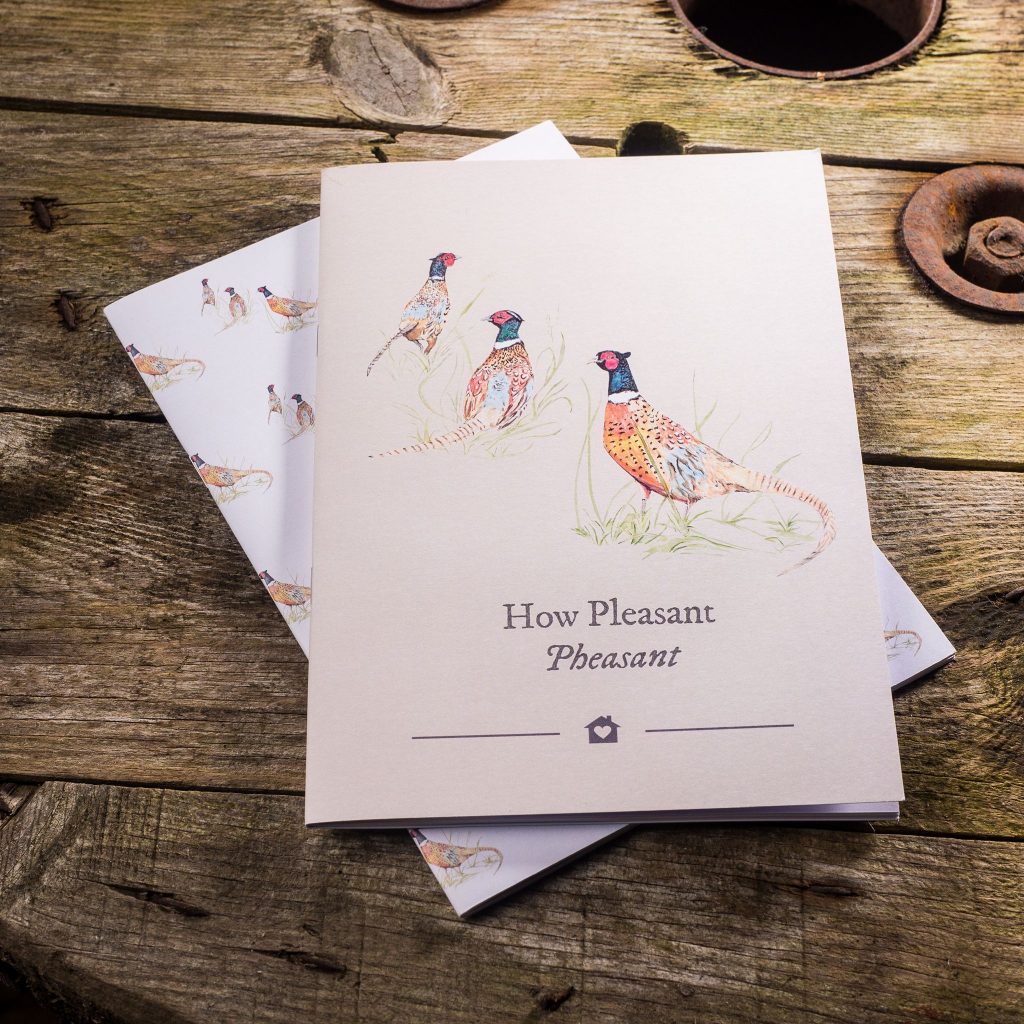 This is a simple two light setup. An ELB400 frame top right, firing through a gridded 18cm reflector, at an output of 4.0 (Equivalent to 100Ws). This was to provide the relief shadowing of the notebook on the underlying book. It also emphasised the texture of the wood.

The main light was another ELB400 firing through an 80x80cm folding softbox, immediately frame left, and firing almost directly down on to the book at an output of 3.0 (Equivalent to 50Ws). I kept the ISO low and the shutter speed high, to ensure there was no colour contamination from the fluorescent tubes in the garage, where these particular items were being photographed.

The following three images all used the same lighting setup as the book image above. The aperture was increased to f8, but that was the only difference. 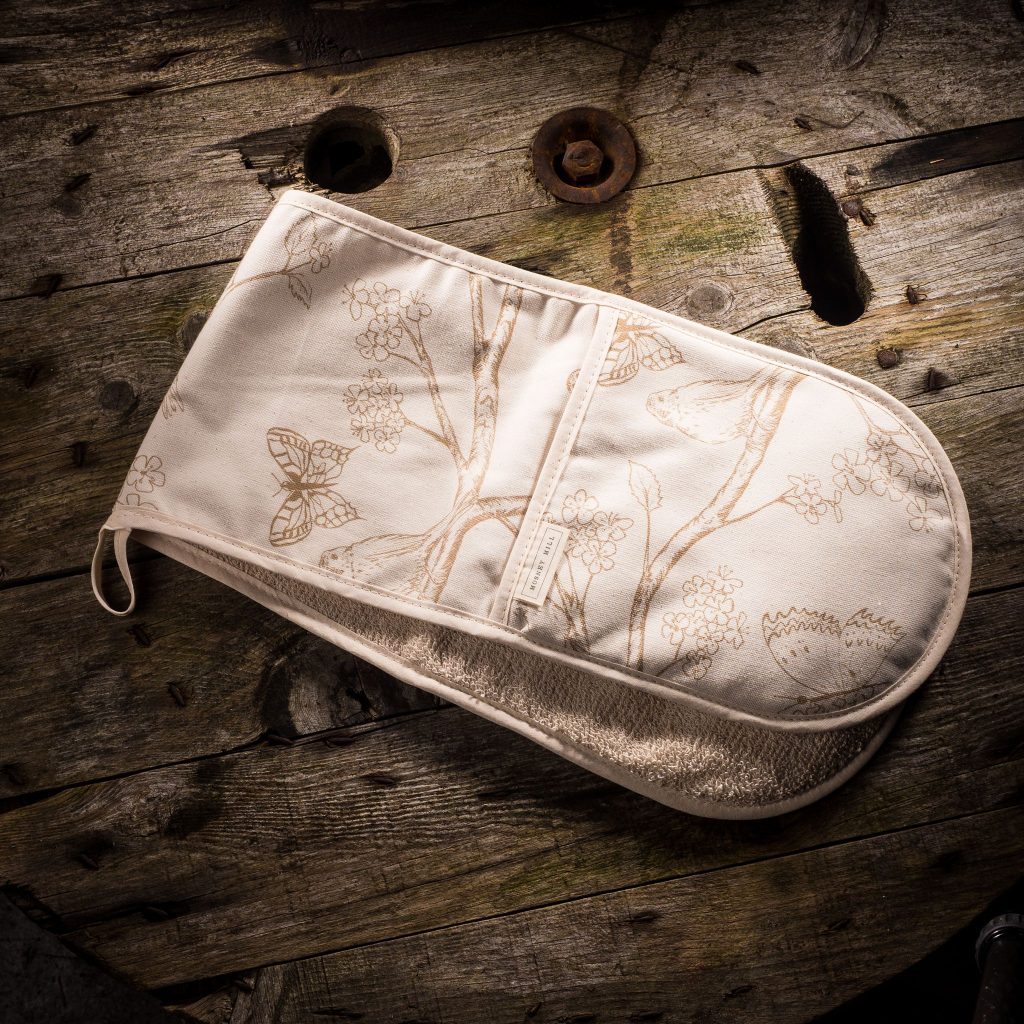 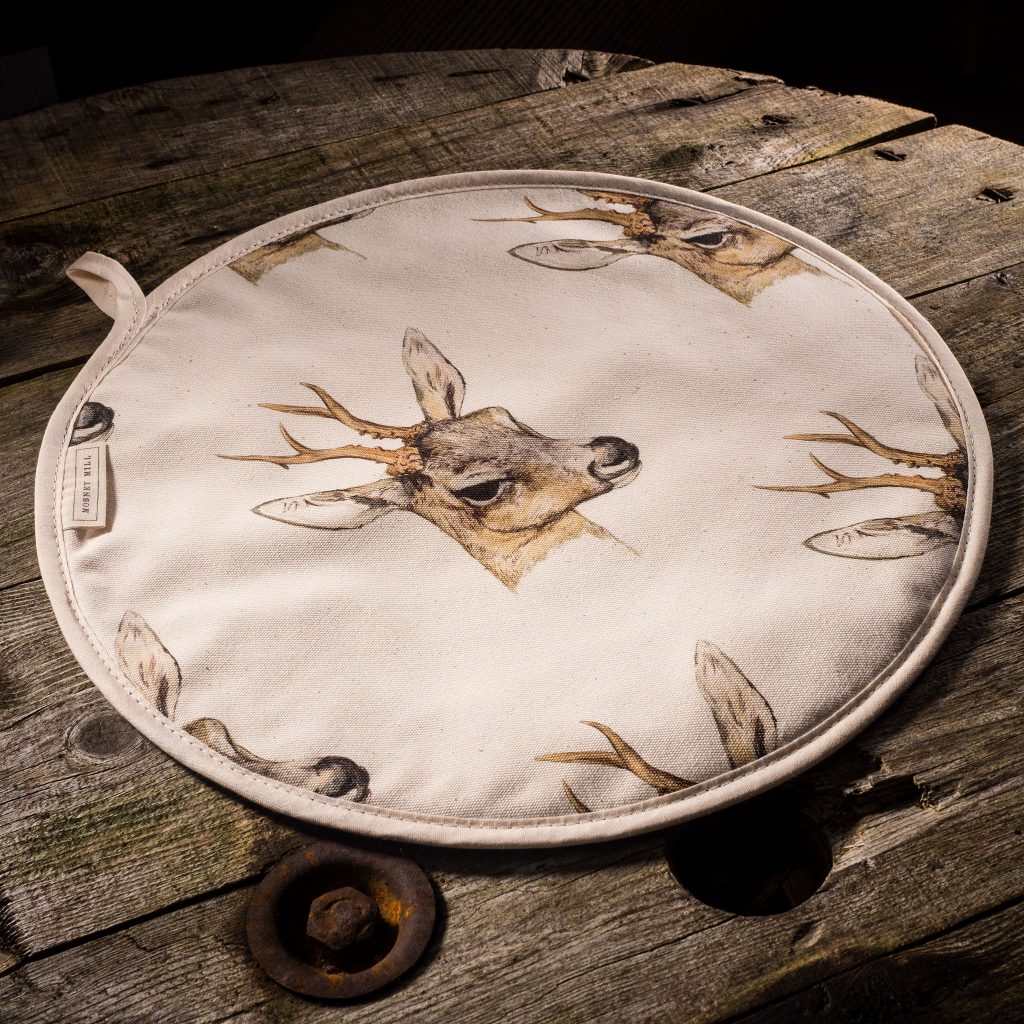 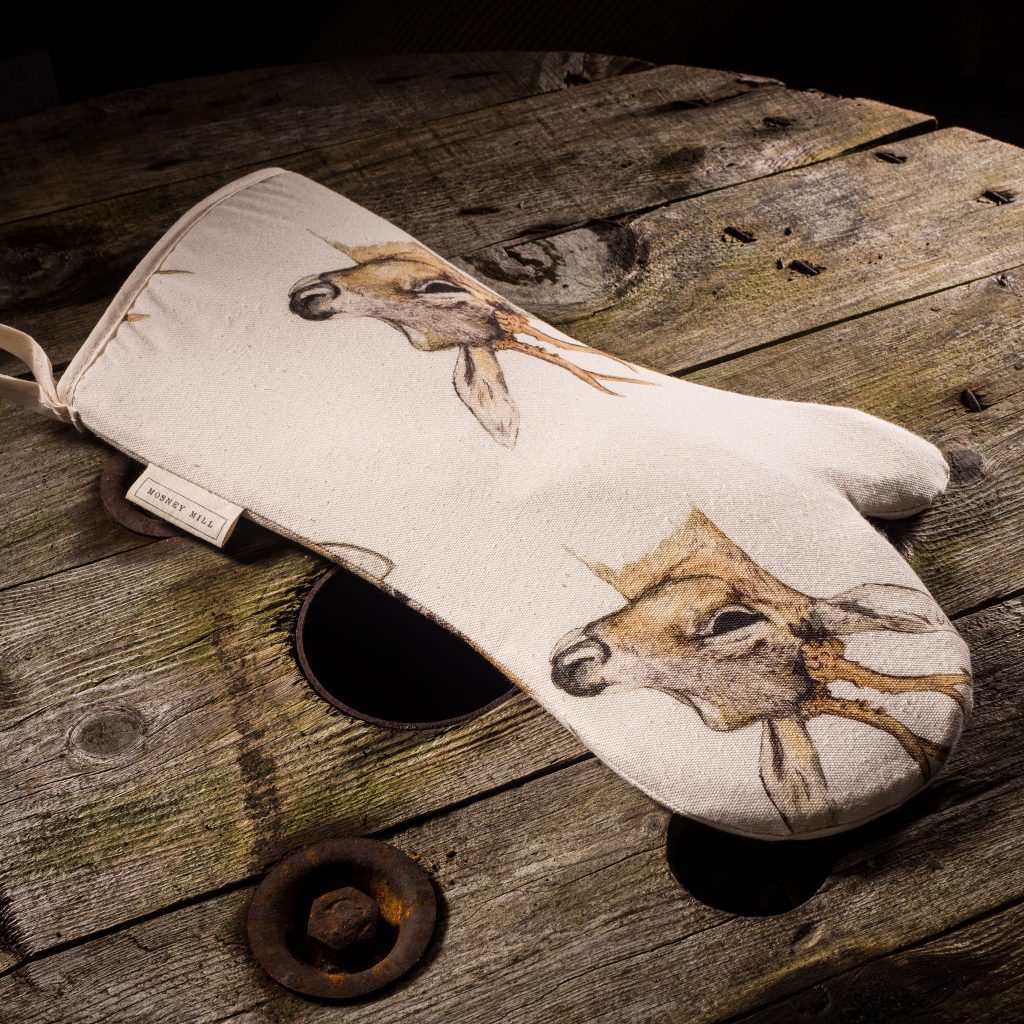 Mosney Mill can be found at https://mosneymill.co.uk/

I teach lighting via Focal Point.