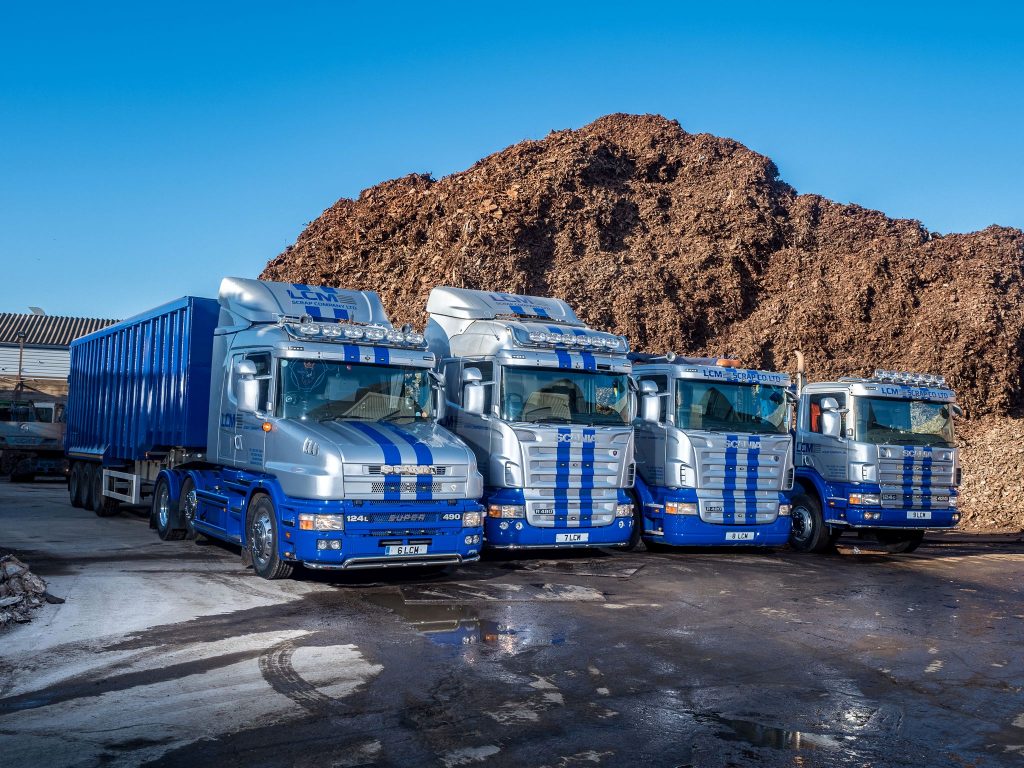 Although, to be fair, the technique remains the same, and in this case, the vehicles were aligned close enough to be counted as a single subject. Whilst it was a sunny morning, there is a high mound of recycled metal frame left. And when I say high, I mean it was tall enough to block the sunlight from the side of the left vehicle. The sun was frame left, casting the front of the cabs into shadow, as can be seen by the shadow at the front of the cabs. My main task was to light the front of the cabs evenly, matching the lit background areas. I had to be mindful not to over light, especially with the main colour being silver. The challenge here was the fact the lights would be a fair distance from the trucks, and I would need two heads to provide sufficient light, even with high intensity reflectors.

I placed two Elinchrom ELB400 units frame right, and each firing through high intensity reflector. Both were at full power with an output of 6.0 (Equivalent to 400Ws each). The high intensity reflectors focus the light, and effectively give and increased output that’s equivalent to 2.5x. This basically translates (very roughly) to 1000Ws for each head.

Frame left was a third ELB400, again firing at full power through a high intensity reflector, and aiming down the side of the nearest truck. Whilst this head is physically closer to the truck, you can see it’s not lit to quite the same intensity as the two frame right.

I metered to find my central exposure, which was 1/160th sec f8 at ISO200. I then took an exposure at ISO64 and ISO400 with the same shutter speed and aperture, giving me a three bracketed exposure.

The three images were initially blended in Lightroom, with additional blending in Photoshop.

Automotive photography, especially in the more specialised area of larger vehicles, is something I particularly enjoy, as it brings its own form of challenges.