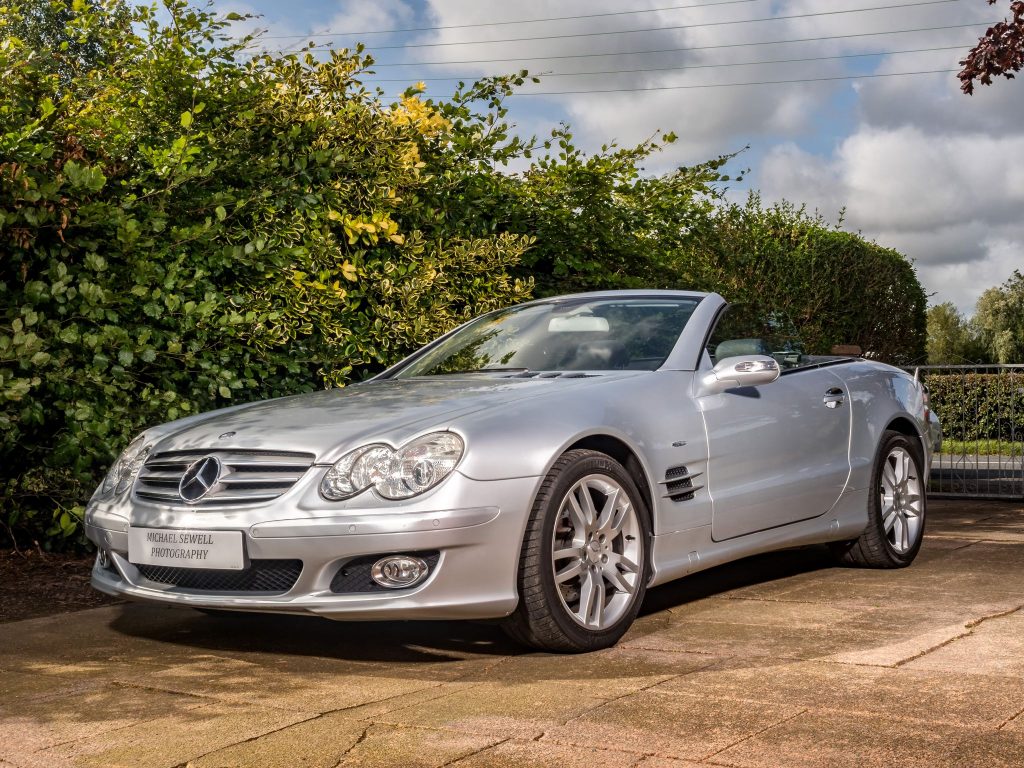 Photographing cars on a sunny day. Something I love to do, although the sunny day bit is a bit of a rare occurrence.

This was part of a portfolio shoot for a classic car dealer in Preston, and a few of their cars were to be listed on an international sales site.

The above image utilised two lights, plus the sunlight. The sun provided the lighting from frame left, and augmented by an Elinchrom ELB400 positioned frame left, but almost centre frame. It was firing through a 65° reflector at a height of around five feet, and angled down towards the front corner of the bonnet. Output was set to 5.0 (Equivalent to 200Ws).

My base exposure was 1/125th sec f16 at ISO200, which gave a me a correctly exposed image. I then took three exposures, one at an ISO of 64, 200 and 400. This allowed me to do an initial blend in Lightroom, with additional detail blending in Photoshop.

This is a behind the scene image from Damien McGlade, providing a better illustration of light positioning. 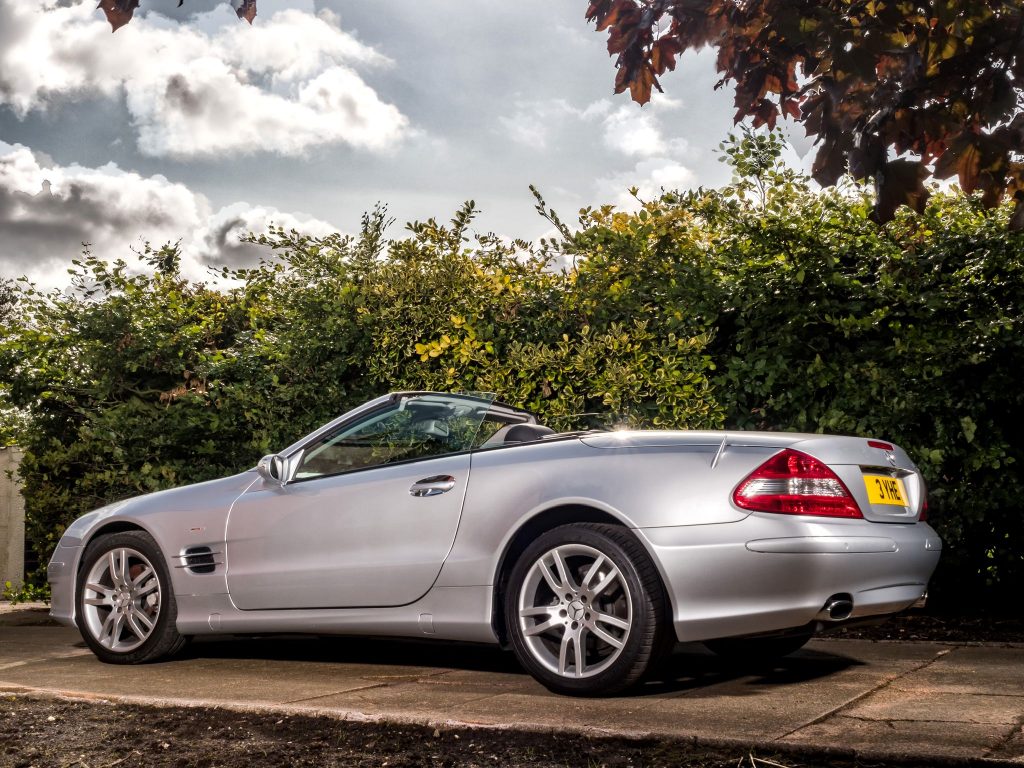 Here, the ELB400 was placed frame right, firing square on to the back of the car. Still at a height of five feet, it was placed just outside the frame, firing at an output of 4.5 (Equivalent to 150Ws). The ELB1200 was placed frame right, and firing square on to the side of the car. The height was increased to about eight feet, and output was increased to 7.0 (Equivalent to 800Ws). The distance to the vehicle necessitated the increase in power.

Again, three exposures were taken at ISO 64, 200 and 400 and blended in a similar manner to the first image.

Another of Damien’s images, depicting the light and camera positioning.

Interiors can present a few challenges, although we’re lucky here, insofar as it’s a convertible, so access is greatly improved. This was lit with a single light source, an ELB400. It was firing through an 80x80cm folding sofbox, handheld by Damien. It was firing at an output of 3.0 (Equivalent to 50Ws).

Here, I relied on the image stabilisation abilities of the Olympus E-M1 mkII, and created three images for blending. The requirement to blend three images was particularly important here, due to the black upholstery and carpets, especially in the footwells. It was quite a contrast to the sunlit exterior.

All behind the scenes imagery supplied by Damien McGlade.

Many thanks to Damien for his support on the day. His work can be found at: krakenphotographic.com