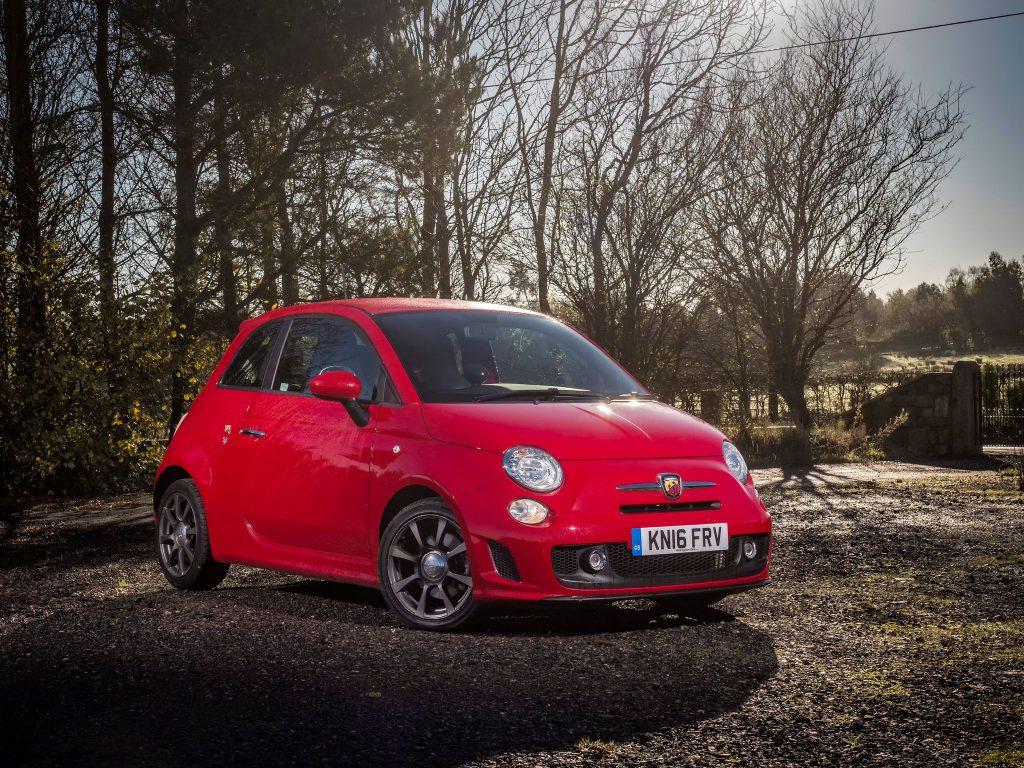 This little pocket rocket belongs to Gail Hull, MD of Total Insignia in Blackburn. And whilst I enjoy car and automotive photography of all vehicles, the rarer vehicles definitely have more appeal.

The location is the overflow car park at the Oak Royal Hotel, Golf and Country Club, in Withnell, Chorley. The trees and early morning sunlight made an ideal backdrop, if a bit of a challenge. That said, easy tends to be less fun.

Gail positioned the car so the sun was pretty much towards the right side of the frame, indicated by the car’s shadow. Without additional lighting, you will find the direct sunlight will reduce contrast within the image. In fact, if you look at the trees in the background, you can see the loss of contrast is quite striking, even after it’s been puled back in Lightroom.

The first, I placed frame right, so it was firing straight on to the front of the car. Bearing in mind the angle of incidence, by placing it square on to the front of the vehicle, I am reducing the likelihood of reflected light being seen in the image, although there is a tiny hotspot at the corner of the bumper, which is fine. The output was set to 5.0 (Equivalent to 200Ws).

The second head was placed frame left, and again placed so that it was square on to the side of the car. Output was set to 5.0 (Equivalent to 200Ws).

Using the Elinchrom HS transmitter, I was able to use a shutter speed higher than the default maximum Xsync speed of 1/250th sec on the E-M1 mkII, which I needed to do so, in an effort to retain some colour in the sky and avoid blowing it out all together.

I also took two further images with the same shutter speed and aperture settings, one at ISO64 and one at ISO400, giving me a three bracket sequence using the ISO. The three images were then carefully blended. I will do the initial blend in Lightroom, and then do additional tweaking in Photoshop. 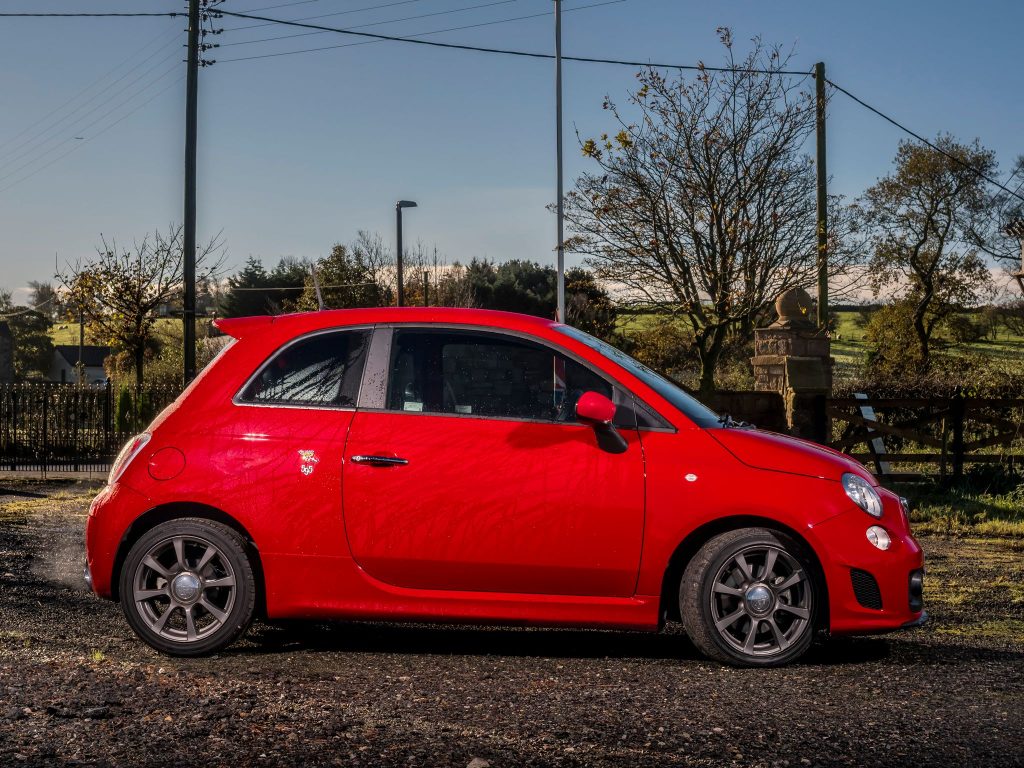 Here, the camera settings remained the same as the above image, and the same three exposure technique was employed. The lights were moved so as to be at 45° to the car, one either side. This would mean the angle of incidence is such that the reflected light would effectively be towards each light, and not towards the camera. There was a small highlight spot on the bodywork, which was easily taken out in post. The light output had to be increased on both heads, topping out at an output of 6.0 (Equivalent to 400Ws). This is where I lamented returning the ELB1200 after the review. 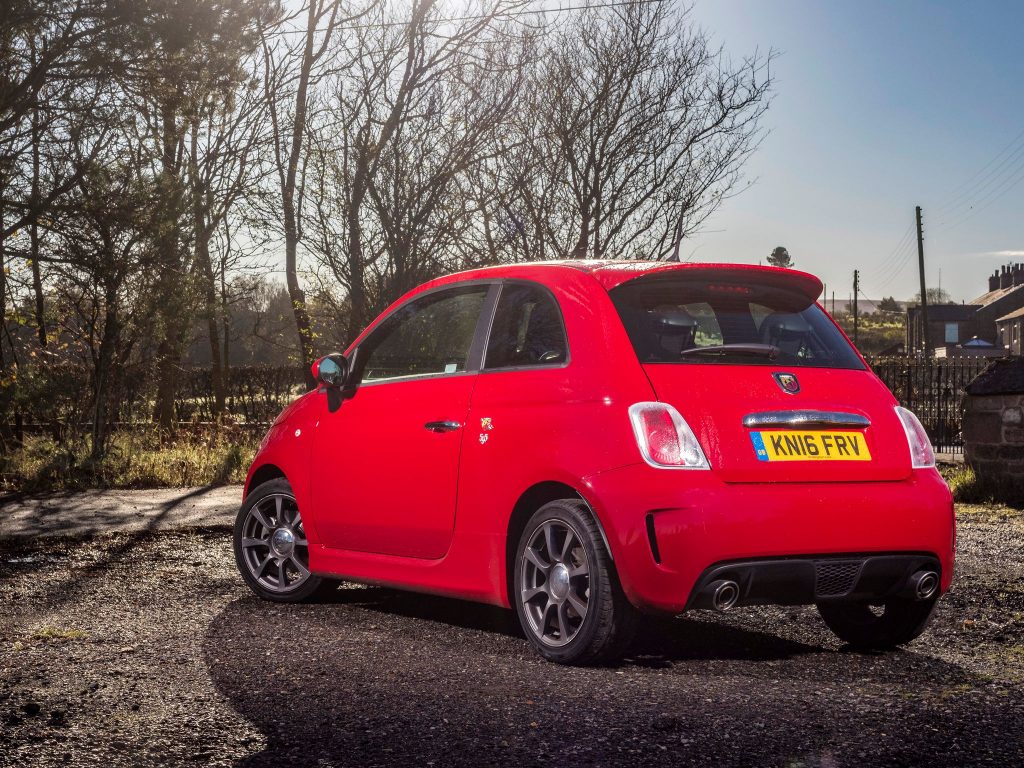 The lights were left at maximum output, and the postioning of the lights was the same as the first image.

Camera settings were still at a shutter speed of 1/1000th sec and f8, with a three ISO bracketed exposure. 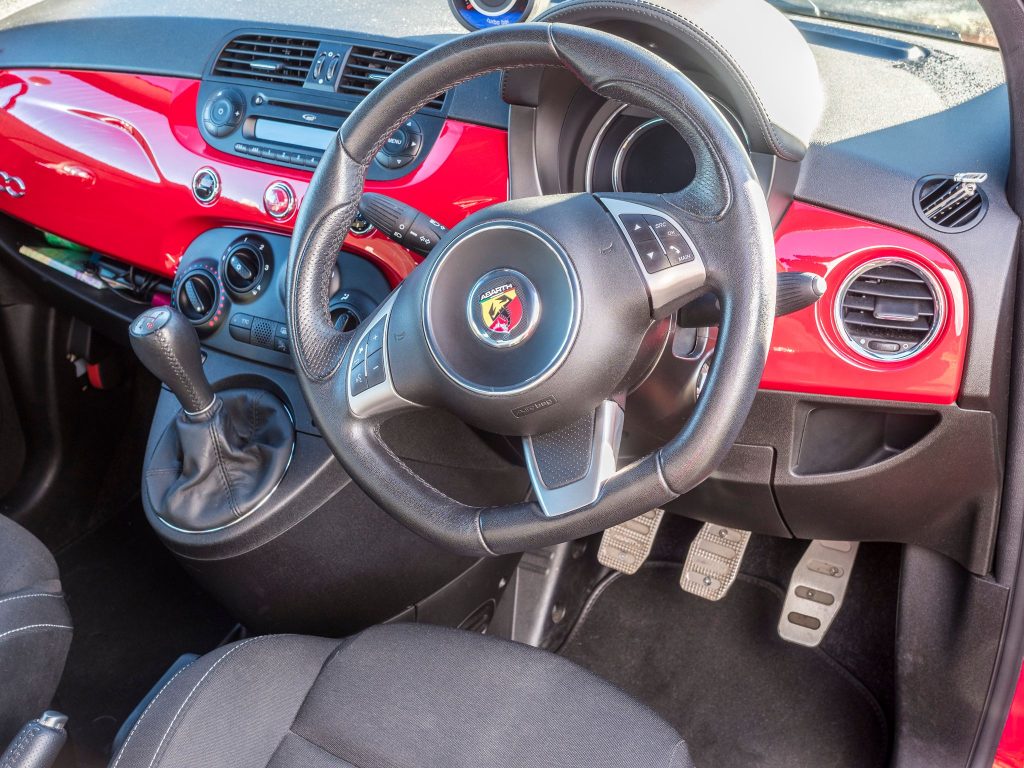 The interior shot is another IOS bracketed sequence, but this was taken with an action head, as I had switched the heads for the exterior detail shots. The shutter speed was 1/15th sec (Hurrah for in body stabilisation!!!) with an aperture of f5.6. Three ISO bracketed images blended in lightroom. 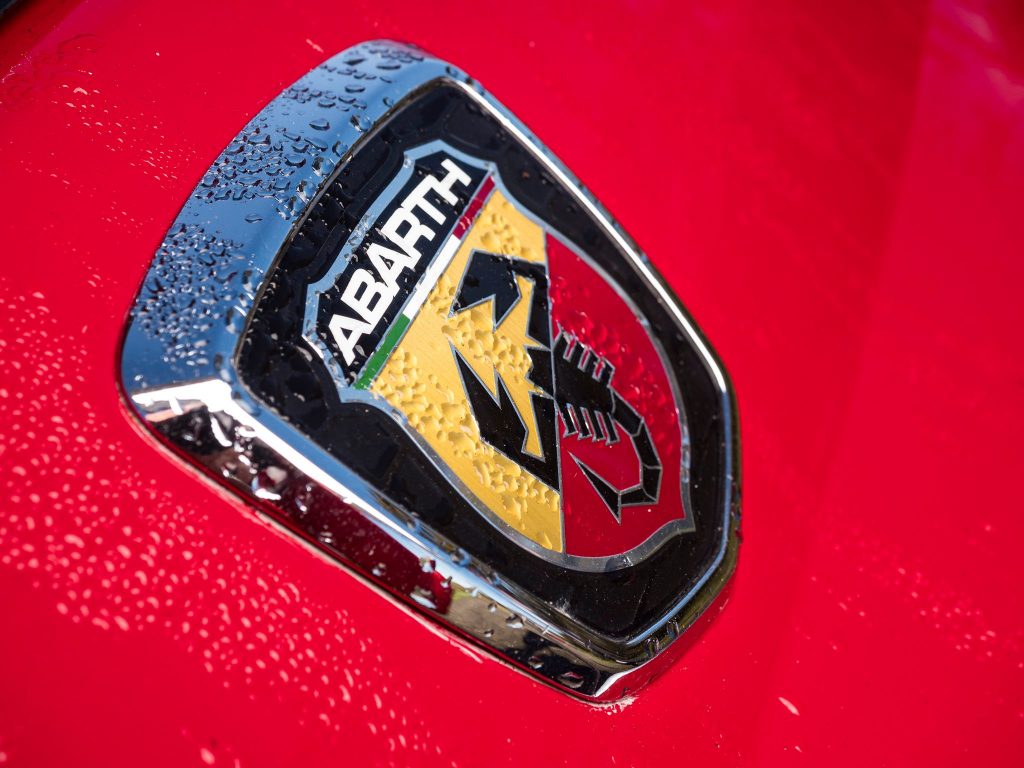 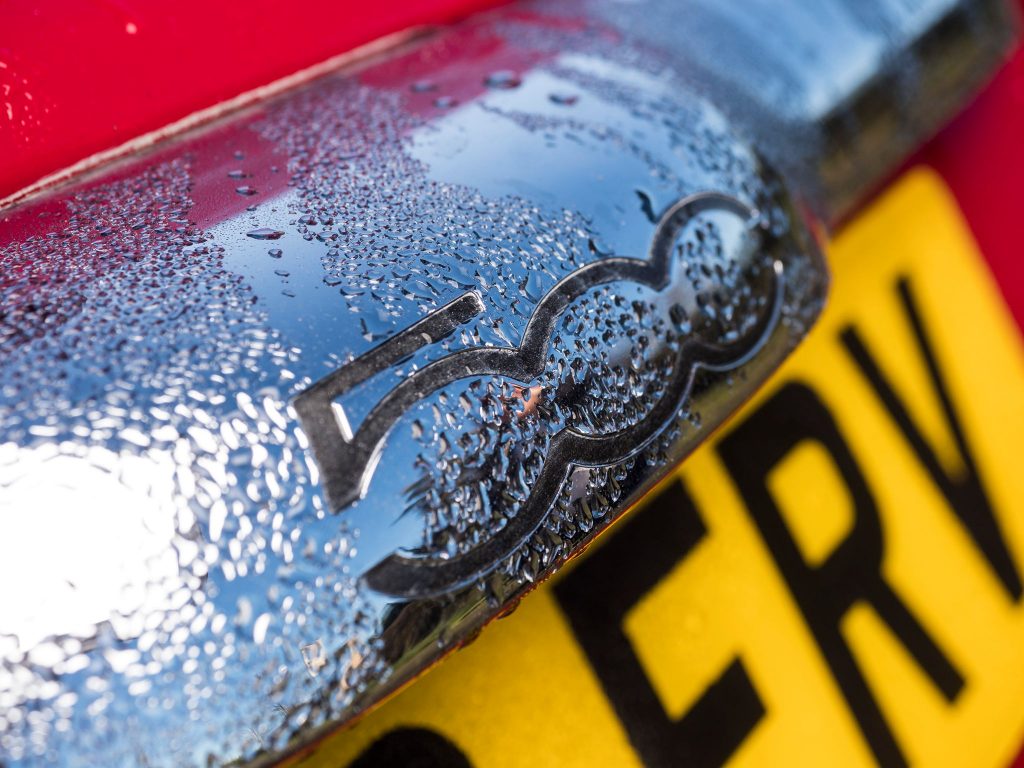 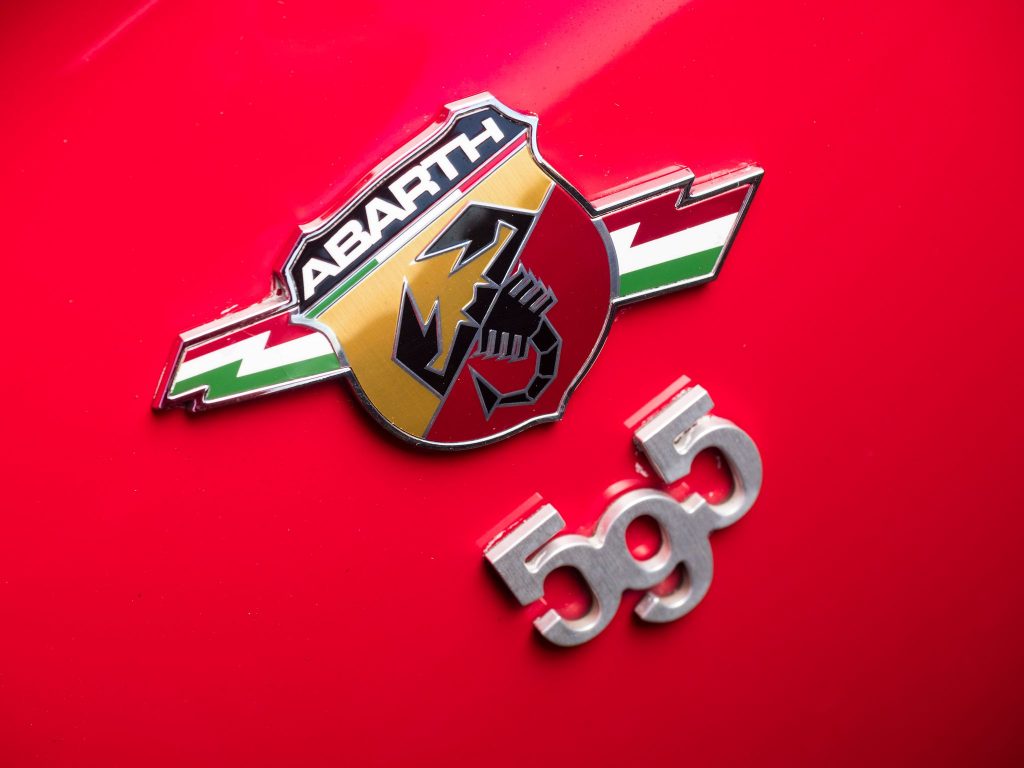 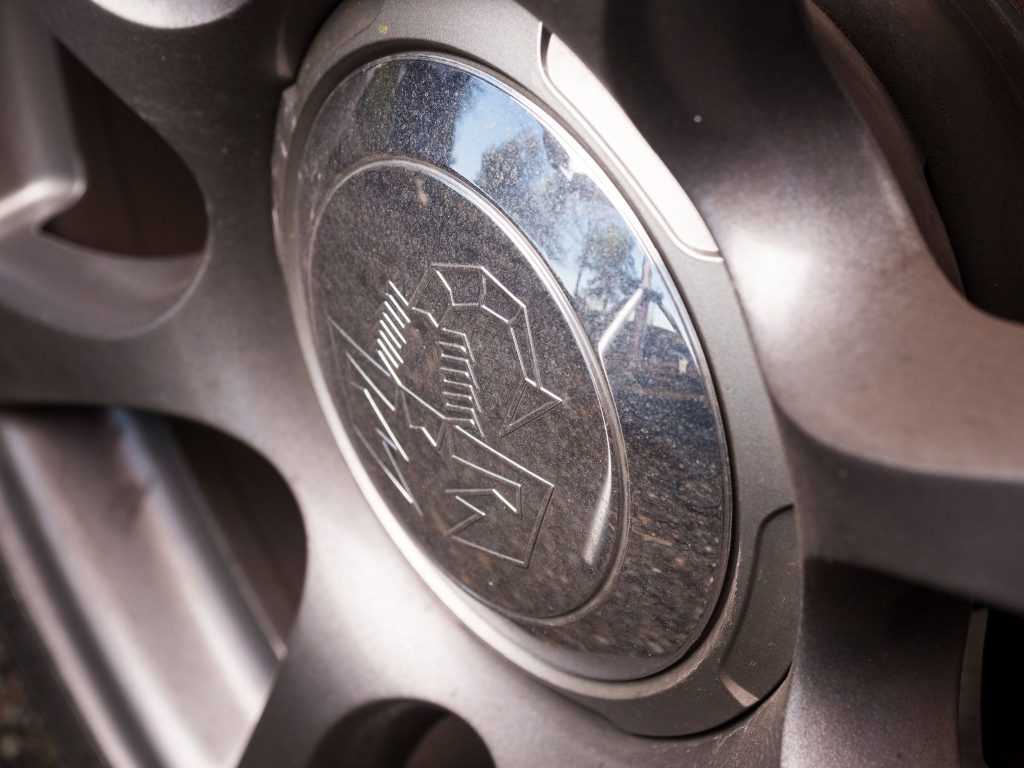 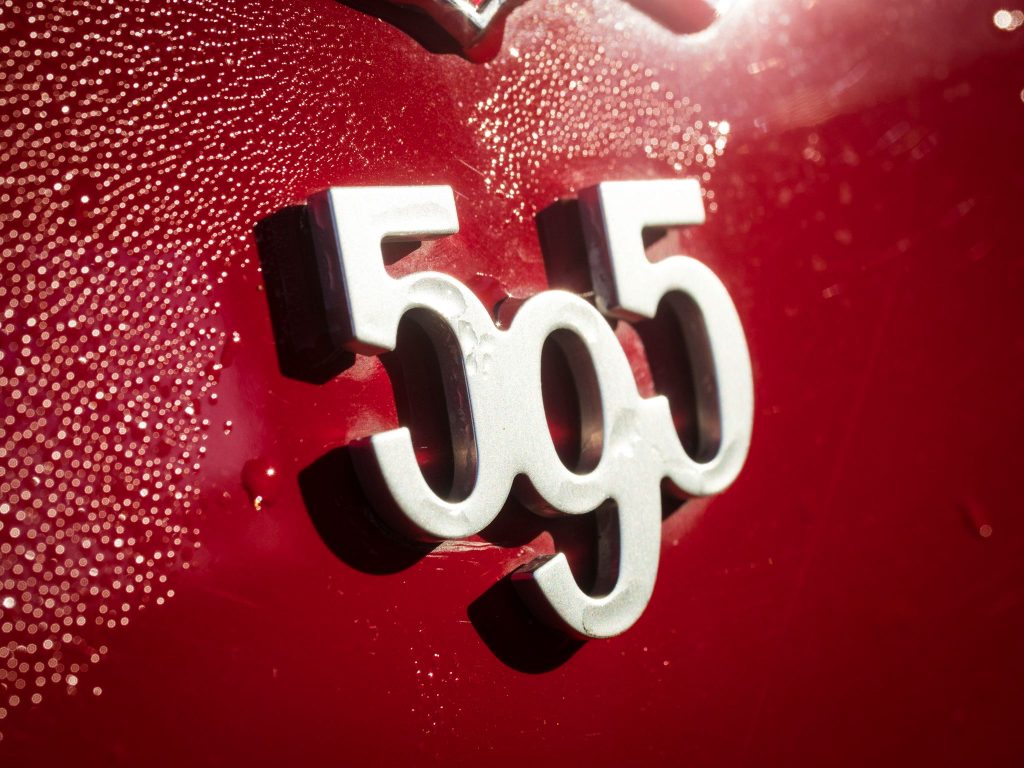 Strictly ambient for this last one, as it was on the side facing the sun.

If you are inquisitive about Gail’s business, or have a need for promotional items, take a look at totalinsignia.co.uk

I provide training via focal point.