Workplace Portraits with the ELB1200 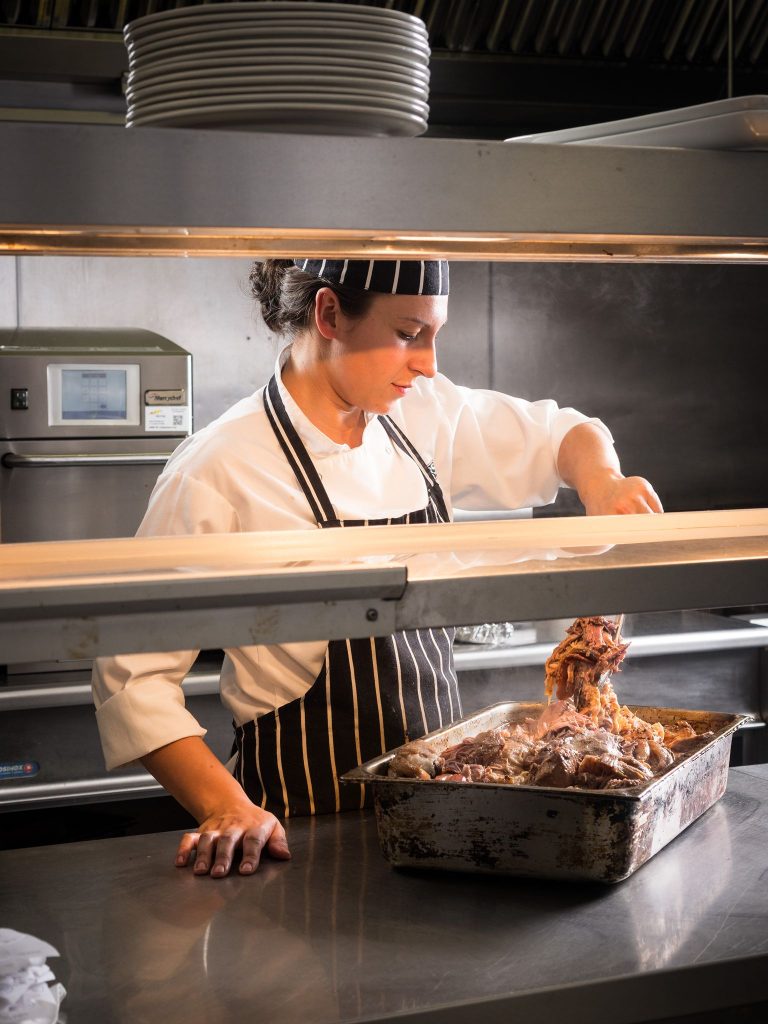 Whilst photographing the food for Boundary Mill, I was also asked to photograph the chefs. As I’d elected to road test the ELB1200 during the food shoot, I felt the environmental portraits of the chefs would make a good contrast to the food imagery.

As you likely already know, a lot of kitchens can be a little tight on space. Well, from a photographer’s point of view, anyway. They are laid out methodically and with enough room for the kitchen staff to zip about. Not really that well designed for softboxes, lightstands and battery packs.

On this occasion, one of the main obstacles to lighting cleanly, was a prep surface with pass through shelves. It would make a great setting, but there was no way on this Earth I could pass the light from my side towards the chef, without creating broad zebra striping across their faces. Not the most attractive of looks.

I really wanted to include the serving shelves in the shot, and the only way would be to shoot from the other side, but I would have to light our chefs from their side of the shelves. And this is where the fun began. I had one ELB1200 battery pack with two heads, and I had decided to stick with the same modifiers I had used for the food shoot. Namely, a Lastolite 90x90cm Ezybox and a 44cm gridded beauty dish, both of which were more than capable for what I needed. I had originally been a little wary of being too restricted with the cables linking the heads to the battery pack, as it would limit the distance I could work within. I shouldn’t have worried, as my main limiting factor was the available workspace, and I had a lot of cable spare.

For the above image, I placed the 44cm gridded beauty dish frame left, providing the accent light seen along her shoulder, neck and hair. I placed the Lastolite Ezybox frame right, but as far forward as possible, basically jamming it against the shelf and the unit beside it. It deformed the softbox, but brought the light far enough forward to light her face and front. Well, mostly. You can see a colour cast down her apron from the unit lights under the shelves 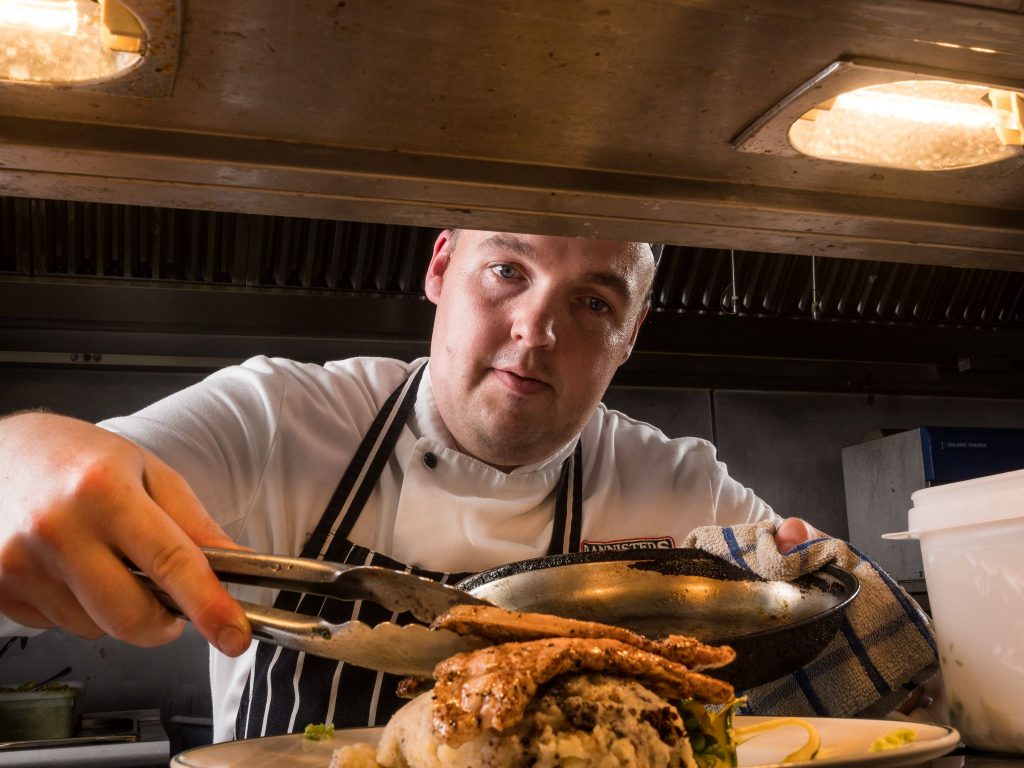 This particular image was a little more difficult. I had the gridded beauty dish frame right, and the softbox frame left. Now, the keylight was pretty much exactly as I wanted, but initially, I found the accent far too strong, to the point of blowing out the detail on the Chef’s temple. Because the beauty dish is solid, I couldn’t push it further into the recess in the same manner I had done with the softbox. I switched the ELB1200 to asymmetrical mode, which slightly increased the A channel (softbox), and decreased the B channel (beauty dish). I slight increase to the aperture to compensate for the brighter softbox, meant the accent light was now effective reduced by 2/3rds of stop compared to earlier (increased aperture by 1/3rd and reduced B channel by 1/3rd). I also reduced highlights a little in lightroom to further manage it.