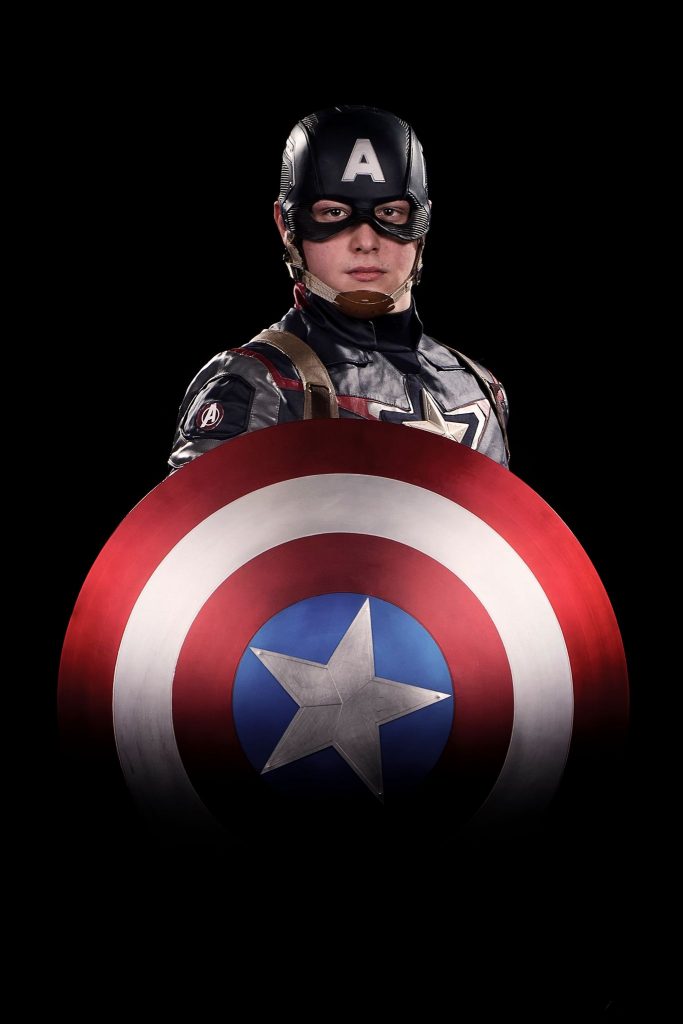 This was one of the first events the Olympus E-M1 covered. As I mentioned in The Tides of Change post, the Olympus was originally purchased for personal work.

Anyway, it gradually became the “do everything” kit, and this was the first full on event, very quickly followed by a two day equestrian event. Anyway, back to the Cap.

This isn’t a studio session. It was shot on a balcony with a crowd of onlookers and the usual hustle and bustle that goes with a comic con event. You can feel a little intimidated with Thor stood to your right, and Darth Vader hissing away down your left ear ‘ole. With both of them wanting to peek at the back of the camera each time you chimp. Have you tried telling Darth Vader to get his fat head out of your line of sight? Well, it doesn’t go down too well, I can tell you.

When the Cap walked onto the shooting area, my first thought was that poster used to promote the first Captain America Film. It was an upper body shot, and the lower half of his shield fell away into shadow really quickly. The setup wasn’t really set up for such a shot, to be honest, as it was a typical event setup with two key lights and two high accents. The key lights were a couple of honeycombed 150cm Octas, which are great for full lengths and groups. To get the fall off, I raised both Octas to the maximum height on their stands, which was around seven feet, and then angled them both upwards to cross the Cap. The fall off from the honeycomb cut nicely across his shield, although it took a couple of goes to match both Octas properly.

Each key light was powered by 600Ws location lights, and were firing at 1/8 power as they ere a fair distance from Cap. Incidentally, I had brought him further forward to ensure the key lights didn’t illuminate the backdrop, so as to preserve the depth of black.

The accent lights are gridded beauty dishes, which I tend to clamp to each top corner of the backdrop and angle them down towards the expected subject placement. It’s not to save on taking stands, it’s more to do with placing the accent lights out of harms way. Each accent light is powered by a 300Ws location light, firing at ¼ .

And that’s actually about it.