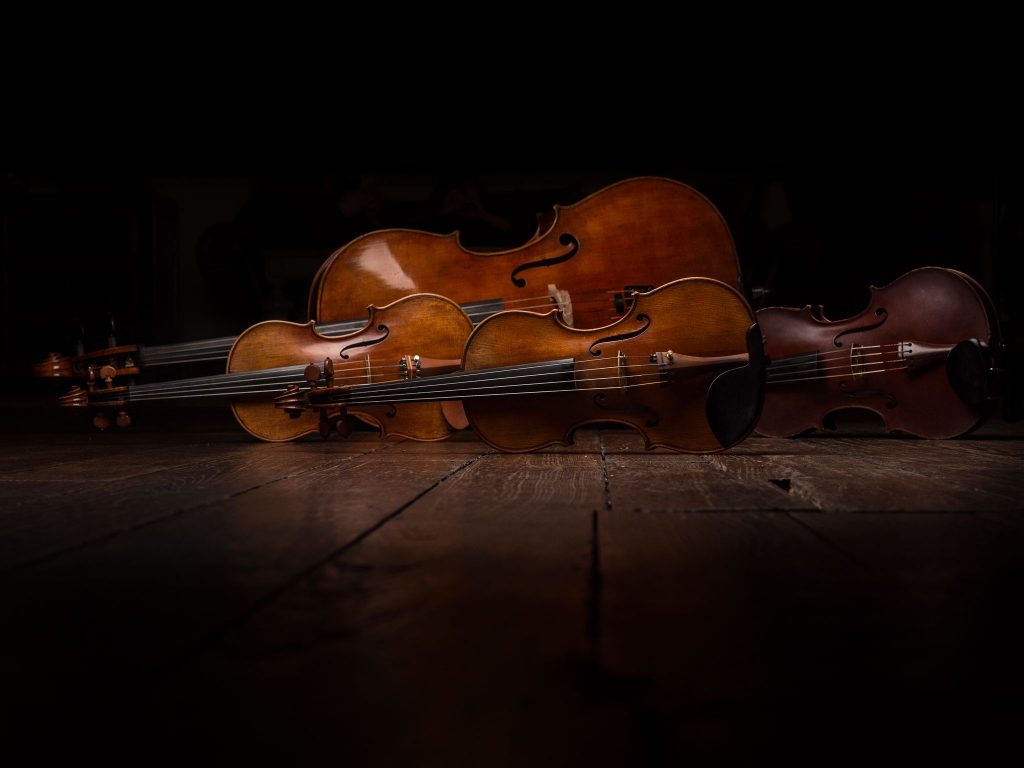 I find it interesting how ideas can evolve. This image, for example, was a bit of a throw-away idea for the Northern String Quartet. A bit of something and nothing for their facebook page.

I was to shoot some portraits and lifestyle imagery with them at Eaves Hall. Some indoors, some outdoors, and a few darker images in various settings in the hotel. Which, incidentally, has some fabulous nooks and crannies for those who go looking. After shooting a relaxed group image in the bar area, I shot a couple of close up images of their instruments. The sort of thing that makes for an interesting social media post when announcing a concert or event. The violins were obvious candidates for those close up images, but the Cello was a bit of a challenge. We managed the violins on the coffee table, but the cello just filled it completely. The high gloss of the cello also reflected the finish of the table quite clearly too.

The cello was moved to the floor and a test shot taken. Hmmm. Whilst I quite liked the image, it spawned the idea for the above shot. The test shot was okay, but the group were visible in the background, still sat around the table. The background was very distracting from the cello, and made the whole image look a bit “busy”. Also, the cello kinda looked a bit lonely too.

The test image had also been made with just the one light source, mainly to see if it was feasible, and whether we needed to bring in the stripboxes I’d been using with the quartet. The fact the members of the quartet were visible in the test shot showed I didn’t need the other lights, but needed to better control the one light I had.

I used the fastest available x sync shutter speed of 1/250th of a sec and an ISO of 200, which shut down the ambient light completely, nicely isolating the instruments from the room beyond.

The Northern String Quartet may be found at www.northernstringquartet.com and on Facebook at www.facebook.com/NorthernStringQuartet