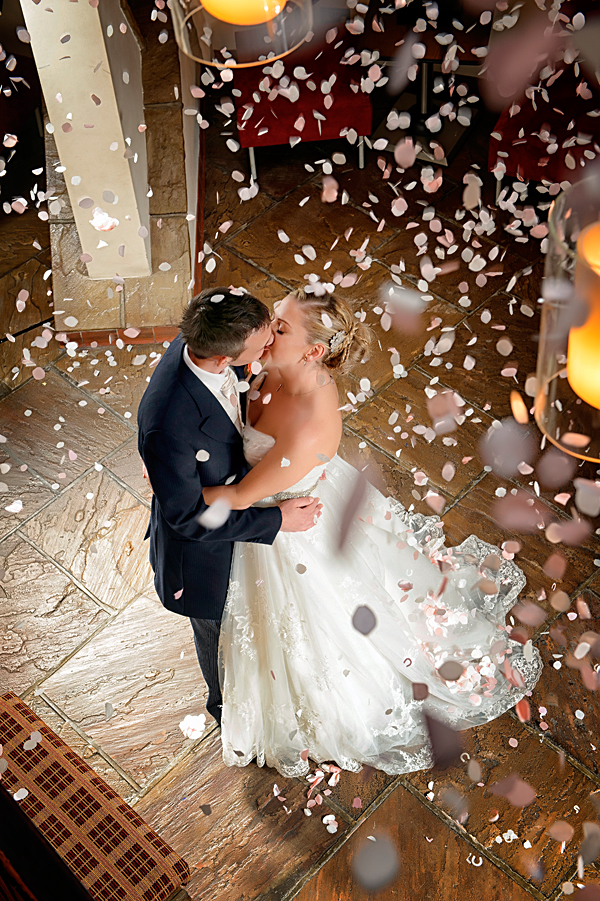 This particular venue is full of surprises. Barton Grange Hotel in Barton, nr Preston, is very unassuming when seen from the road. But go poking around the back, or indeed inside, and the potential presented to the wedding photographer is really quite mind boggling!

The staff are incredibly supportive, and work very hard to create the dream day every bride and groom hope for. The above image is testimony to that, as the idea for this image was developed from a conversation with the wedding co-ordinator.

This was actually a very simple setup. I only needed two lights, as it wasn’t my intention to flood the place, but merely enhance what was already there by way of ambient light. The main light is coming from lower frame right, and provided by a Lencarta Atom 360, firing through a folding 80x80cm softbox at 1/8 output, with the head at a height slightly above that of the bride and groom. The accent light seen across the groom’s back is provided by a second Atom 360 firing at ¼ output into one of those brolly boxes. (An umbrella with a diffusion panel across the front, el-cheapo from ebay).

Like I said, very simple. The image relies on a couple of things to work. Primarily, the warm ambient light from the hotel’s light fittings, along with the motion stopping flash from the Atoms to give detail to the confetti. That said, I wanted a little movement in the thrown petals, which the slower shutter speed chosen for the ambient light would provide. 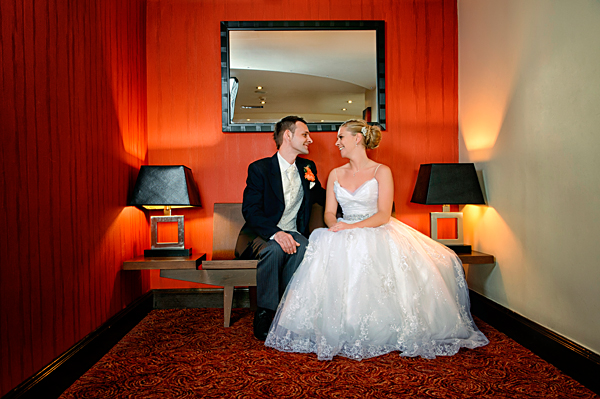 Another of those hidden gems of a location that can be found within the hotel, if you look carefully.

I particularly like this setting. The red walls, the mirror, the table lamps. It all works very nicely together, but once again, this image relies very heavily on the ambient light provided by the table lamps, and also the daylight coming through the glass behind me.

The trick was to go with a slow shutter speed, firing off the Atom on the second curtain sync to light the couple. Just one Atom this time, and can you guess where it is? Yep, it’s in the mirror!

Well, it’s actually frame left and raised against the ceiling, firing through the same 80x80cm folding softbox mentioned above, and firing at 1/16th output. It’s one of those things you notice after the image has gone to the clients, so not much point in fixing it now. Wayne often ribs me over the fact I regularly have bits of lighting kit in the frame. Small speedlights being the usual culprits! 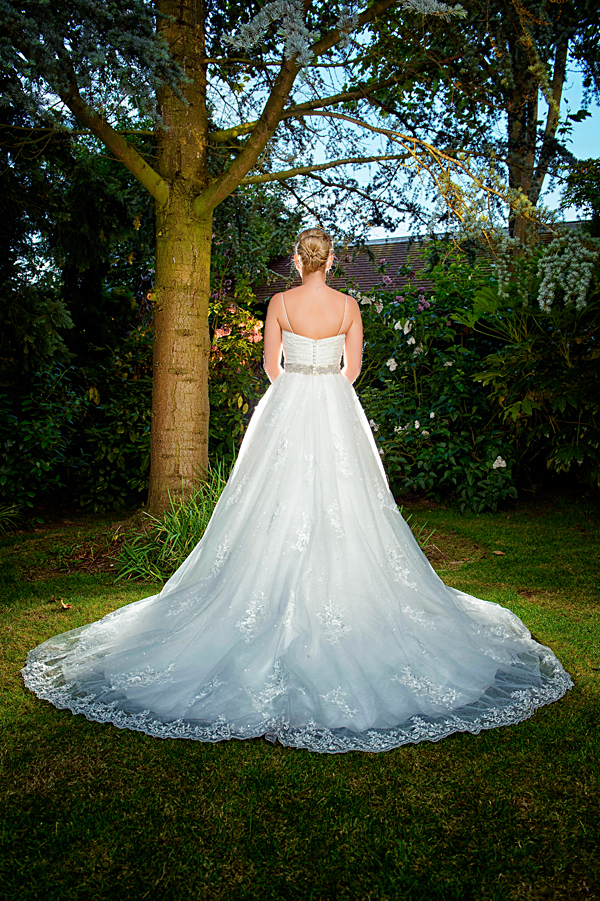 And so to the delightful walled garden that’s hidden around the back of the hotel. Very private, and really quite a magical place for bridal portraits.

Again, only two lights used here. On the other side of our bride is an Atom 360 firing through a beauty dish. It’s a little above waste height, and needed to be fairly close so as not to be seen, which would have introduced flare. It was firing at anout 1/8th output. I tell my brides to close their eyes for this kind of shot, and remind them to do so before taking each shot, They have a habit of opening their eyes as soon as it’s fired, and forgetting to close them again for the next.

The main light is provided by that same Atom 360 firing through the folding 80x80cm softbox, placed frame left, alongside me. It was firing at ¼ output.

And whilst taking the above image, my wife nudged me and nodded towards the groom, who was mesmerised by his gorgeous wife. So without the groom realising, I managed a candid shot of him. 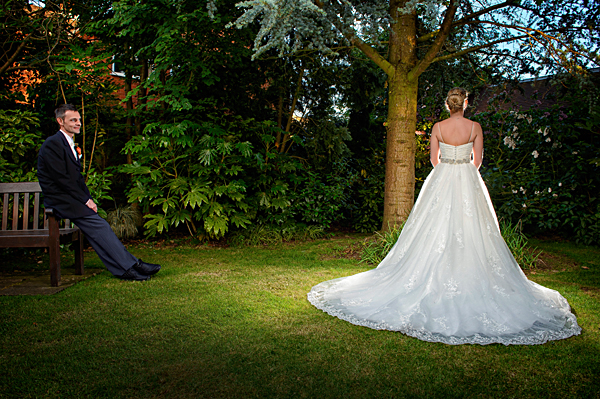 It’s exactly the same settings and lighting as the image of bride alone, I just gave the main light a slight turn towards the groom. The image was a complete surprise to them both when they finally saw it.