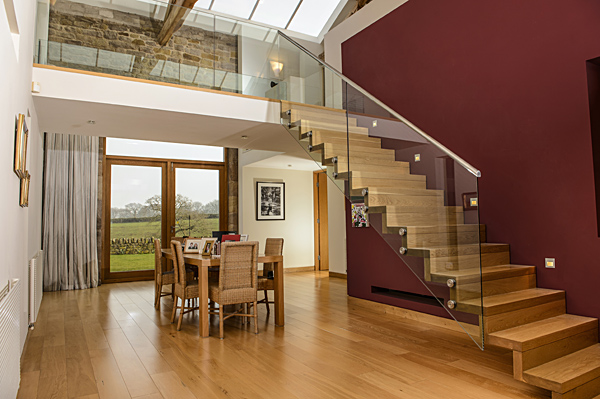 In the summer of 2014, I was contacted by Cabinet Maker magazine with a request for an interview regarding product photography in relation to the furniture industry. This started a flurry of activity as we quickly shot a number of images specifically for the article, ahead of the interview. We wanted to sow a range of styles and locations, mainly to show our flexibility.

With the above image, I needed to carefully balance the flash used inside, with the ambient light outside. Otherwise, I risked having the windows and scenery beyond lose detail and contrast if they were overexposed.

A third Atom 360 was positioned on a tall lightstand firing directly up and through a standard reflector with an output of ¼. This particular light provided the general illumination, with the other two providing the contrast and shape. 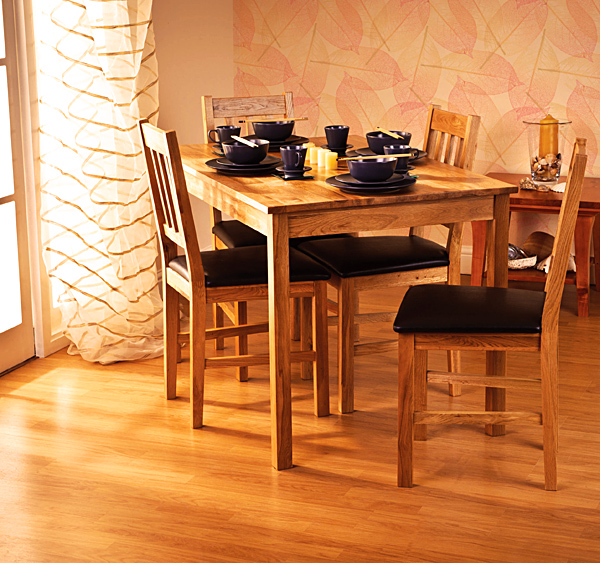 The dining table and chairs were fairly compact, allowing the light sources to be nearer, without impacting on the frame. I used a Lencarta Elite Pro 600Ws frame right, at head height with an output of ¼. It was mated to a gridded 150cm Profold Octa.

A second Elite Pro 600Ws was placed frame left and hard against the wall. This was a little nearer than the one on the right, and had the power output set to 1/8th and firing through another gridded 150cm Profold Octa.

The “sunlight” was provided by an Atom 180 firing at ½ power through a standard reflector (with the diffusion panel removed), at maximum height on a light stand. It was angled down to fire through the “patio door”. This was one shot that wasn’t taken specifically for the article. It was from a product shoot for an existing client. 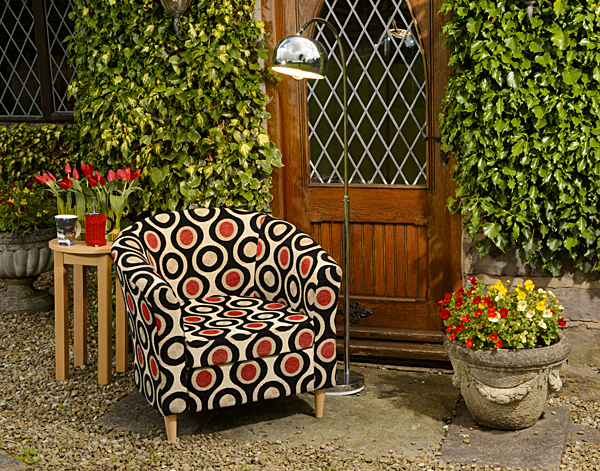 This was taken on an overcast day, with the sunlight provided by a Safari II, firing through a 40cm beauty dish on a high lightstand at ½ power camera right. A second Safari II was camera left, again firing through a 40cm beauty dish at about chest height with an output of ¼. This second Safari was providing a subtle fill, to prevent the main “sun” casting too much shadow along the side of the tub chair due to the curvature of the arm.

All styling was carried out by Lisa of www.woocreativeuk.co.uk

If you are remotely interested in the final article, you can read it here in PDF format

Cabinet Maker can be found at https://www.cabinet-maker.co.uk