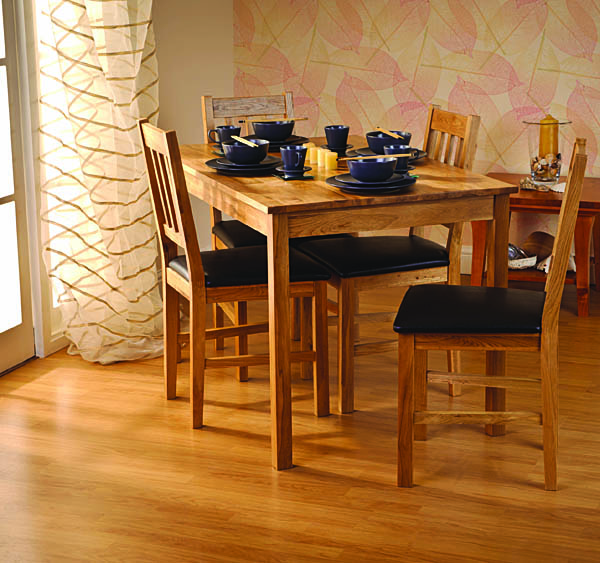 Product photography on a larger scale brings its own challenges, not least of all being the space to shoot it! Luckily, we have 6,000 square feet to play with at the studio.

I do a lot of work for Sweet Dreams, who manufacture beds, upholstery and other items. Some of the sofa ranges in particular can take up a large amount of room, and in doing so, require more time, styling and light to get the image the client wants. The above image was a great deal easier to produce. The dining table and chairs were fairly compact, allowing the light sources to be nearer, without impacting on the frame. I used a Lencarta Elite Pro 600Ws frame right, at head height with an output of ¼. It was mated to a gridded 150cm Profold Octa.

A second Elite Pro 600Ws was placed frame left and hard against the wall. This was a little nearer than the one on the right, and had the power output set to 1/8th and firing through another gridded 150cm Profold Octa.

The “sunlight” was provided by an Atom 180 firing at ½ power through a standard reflector (with the diffusion panel removed), at maximum height on a light stand. It was angled down to fire through the “patio door”. 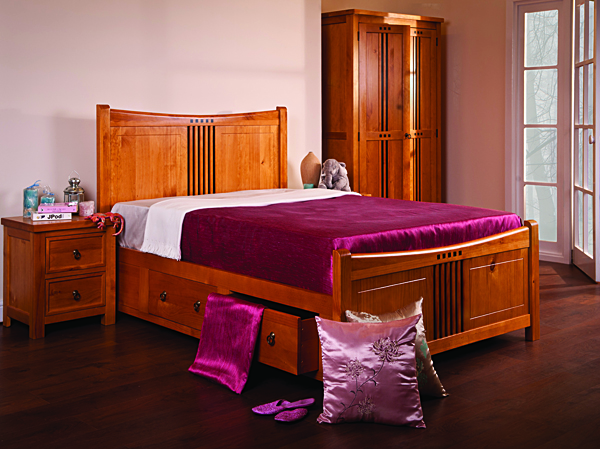 This is a similar setup lighting wise, although the right Elite Pro is set to ½ output due to the distance. The left Elite Pro is again set to ½ but slightly further away. The sun is provided by a Elite Pro 300Ws set to ¼ and firing through a standard reflector. In this instance, I wanted a slightly softer sunlight, which the larger reflector provided. I wanted to suggest an early morning glow to the room. 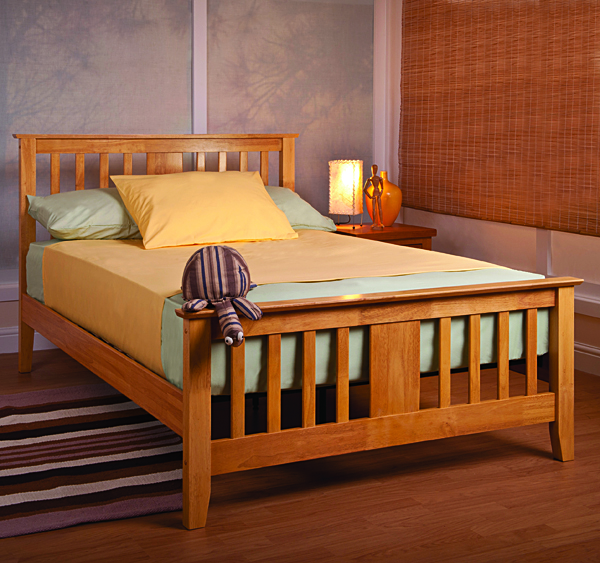 This second bed didn’t utilise a “sun”, as I wanted a warmer, late evening look. Elite Pro 600Ws frame right with the same Octa firing at ¼ output. Another Elite Pro 600Ws frame left with another Octa at ¼ output. Both heads are much closer to this bed, hence the lower output. The bedside lamp was lit with a tiny manual speedlight, gel’d with CTO and firing at 1/32nd.

All images were styled by Lisa Thomason of Big Horse Design, who also designed the catalogue.

The fact Lisa knew how the image was required for the catalogue, meant we were shooting to a very accurate brief, and therefore only needed too shoot it once. On previous occasions, I’ve shot for clients who haven’t sorted their catalogues or brochures, and at a later date, had to re-shoot some items because their graphic designer wanted a different layout for the catalogue. More time, and therefore more cost to the client.

I like working with Lisa because it saves my clients time and money!