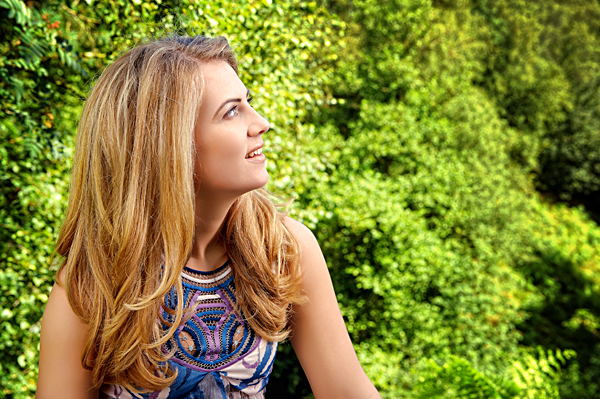 This is part two of an extensive fashion shoot for Lencarta. The first part of the shoot was done in an open grassy area with a couple of short trees, and can be found here. This second part of the day was shot on an elevated wooden platform, looking over a dense foliage, consisting of nettles, ferns and other items that cause damage. None of these should stop the process of placing lights, even when the ground is at an acute angle and thorny bushes block your access.

A lot of the foliage was above head height, including the nettles. However, as the platform was in the shadow of some trees and bushes, the lights had to go in amongst the nettles, and would also require securing with a guide rope to stop them falling over. The problems we faced regarding the lights didn’t phase me for a second, I simply sent Garry Edwards in. Sorted!

The above setting was metered for the ambient light in the background, which was the sunlit trees and foliage. Josephine was on the platform, but shaded by the trees alongside. I wanted to emulate the sun from the correct direction, which meant we needed a fairly elevated light, camera right. Garry waded in and placed a ProFold stripbox amongst the shrubbery and nettles, at full height on the stand and tethered it to the path above. The stripbox was attached to a Li-on standard head, which had the generator at full stretch on the lead, back to the platform, so it could be adjusted without anyone (Garry) having to wade into the bushes again. The stripbox was only a matter of four or five feet from Josephine, and an output of ½ power quite nicely matched the sunlight on the foliage behind her.

With regards to the fill light, I still wanted it fairly strong, again to emulate the sunlight. If I had allowed it to be a little lower, it may well have jarred against the strongly lit background, and make Josephine appear out of context with the trees behind. A 150cm ProFold Octa was positioned alongside me, and just to my left, with the level almost at full due to the distance. In theory, the Octa could have been nearer, without impinging on the scene. In practice, it would have been in fresh air, as the terrain dropped away very quickly. 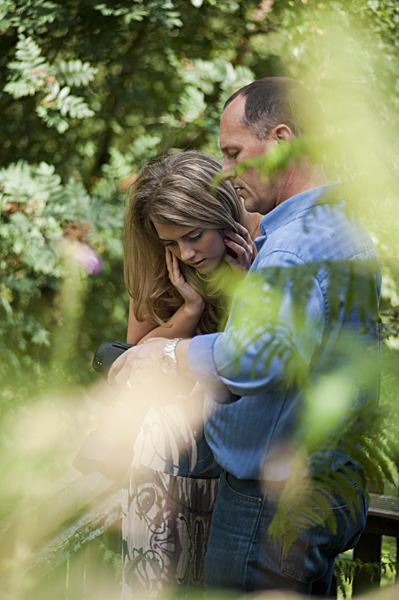 This ambient only shot, provided by Garry, gives an indication as to how much shade we were in, with the trees in sunlight behind us both. 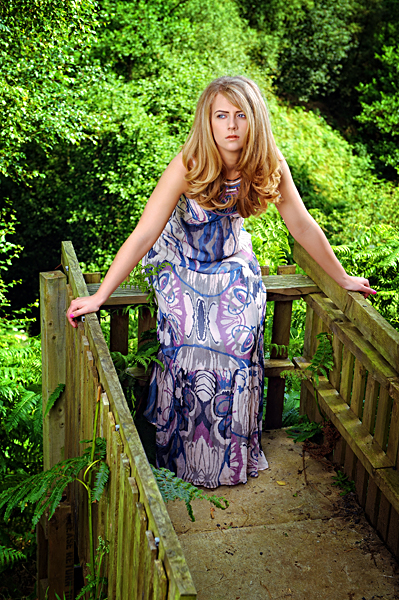 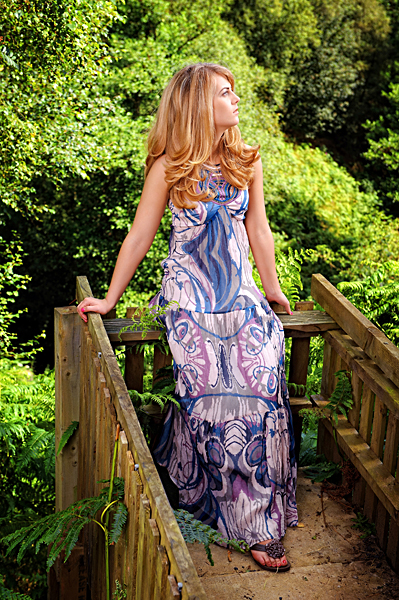 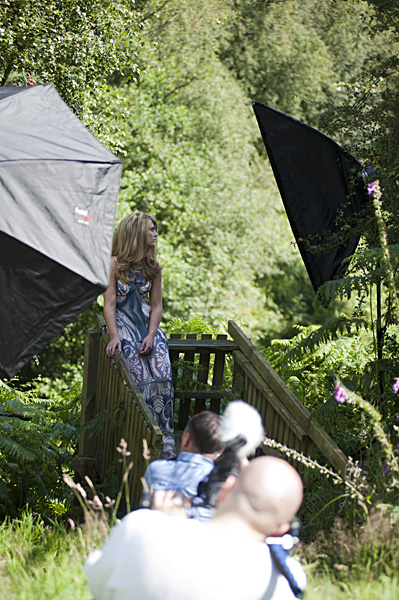 Another of Garry’s behind the scenes images shows the lighting setup. 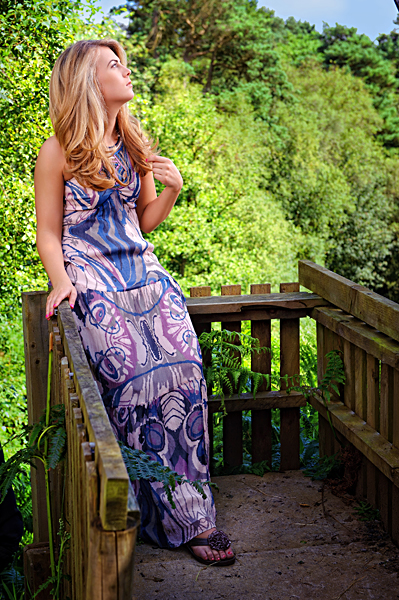 Now here, the accent light (the stripbox that Garry had very carefully placed camera right, in bushes and nettles that were over his head) has shifted slightly. It had a propensity to move a little, only this time it had swung a little further than we wanted. However, the image is quite pleasing, and also serves to show the difference the light is making. If you look towards her feet, you can see the lack of light sapping the colour from the image.

Part three can be found here.

The behind the scenes video, and a waffling account of the shoot, can be found here.

Particular thanks have to go to Garry, who preserved my dignity and stopped me breaking my damned neck by offering to place the lights. (Honestly, he really did offer!).