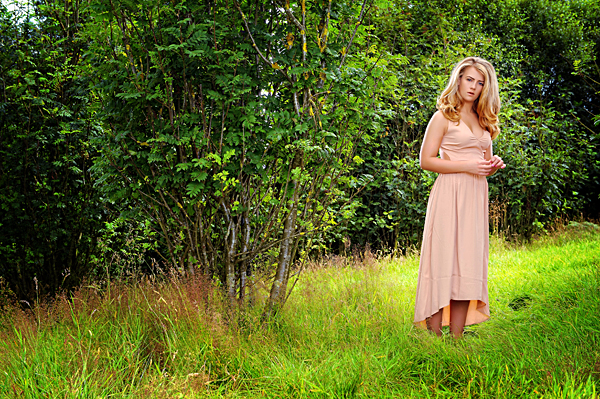 This was an extensive fashion shoot for Lencarta, with the aim of showing the flexibility of the Safari Li-on location lighting kit. The day was basically split into three distinct locations and looks. The first was an open grassy area, with a couple of short trees providing an ideal framed area. The second was a raised platform, and the third was an old tractor in a rather cluttered area.

Each of these three shoots will be covered in their own specific blog entry. This entry covers the first of the shoots that took place in the open grassy area.

The above image was intended to compliment the light already provided by the sun. We placed a ProFold stripbox behind the tree to the left of Josephine, providing the accent light seen in her hair and along her right upper arm. The stripbox was coupled to a Safari standard head, set to ½ power at 600ws.

Another tree just out of shot, frame right, hid a second ProFold stripbox. This was again coupled to a Safari Li-on standard head at ½ power at 600ws. This provided a touch of highlight to Josephine’s hair, left arm and hand. Both of these stripboxes served to separate Josephine from the background.

The sun was basically over Josephine’s left shoulder, which meant our view of her was shadowed. A fill light was provided by another Li-on standard head firing at almost full power through a 150cm ProFold Octa. It needed to be at almost full power due to the fact it was quite a distance from Josephine to stay out of the frame. 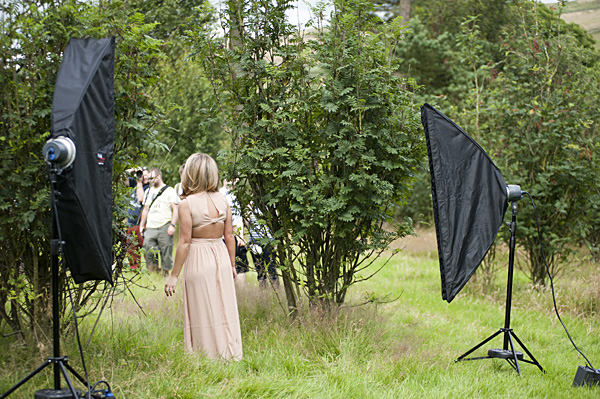 This from Garry Edwards was taken from the far side of the two trees, showing the setup of the stripboxes, and how they cross paths at the gap in the centre of the trees. It also gives an indication of the ambient light levels. 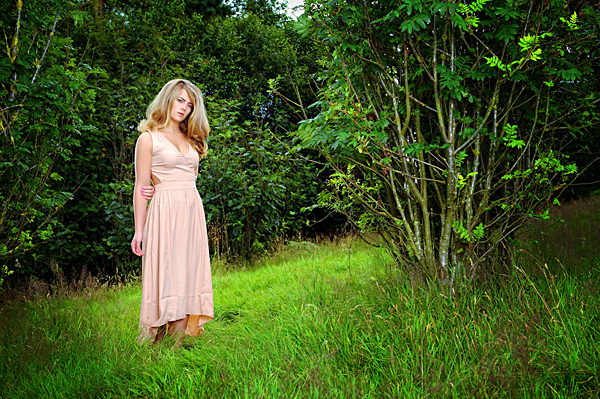 The placements of the lights had been carefully chosen, with a view to getting as many images as possible from the same setup, therefore saving time. Same settings as above, but shot across from the other side, bringing the right hand tree into view. Why? Because frequently, clients want a choice of views of similar shots, depending on the intended use of the image. It my be used in a magazine, and depending on whether it is on the left or right hand page, will dictate where in the frame the model should be. It just provides more flexibility for the image and the client. 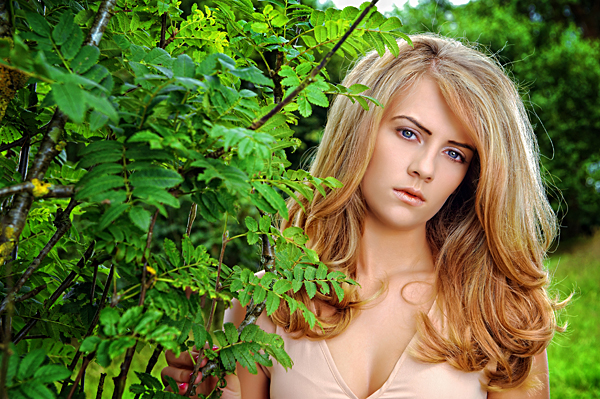 A closeup of Josephine, which shows the accent light on her right shoulder, hair and left arm 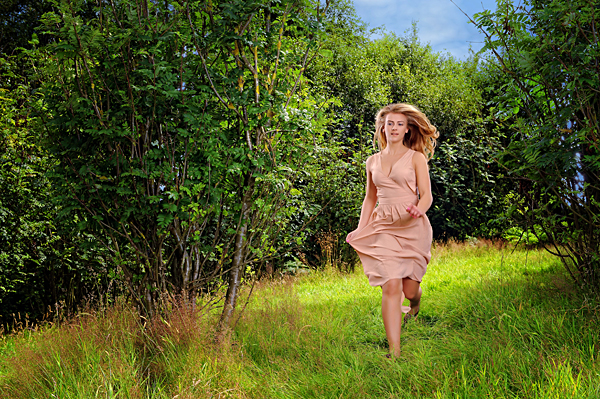 Slight change for this one. We wanted to put some movement into the dress, and had Josephine run through the two trees. Also, at this point, the ambient had increased slightly as the sun climbed higher. To compensate, I increased the output on the 150cm Octa to full, and also increase the output on both stripboxes slightly too. The stripbox camera left is skimming across Josephine’s hair and cheek, as well as her right arm and shoulder. Her left arm is only just caught by the right stripbox as she is just forward of the lightpath, but her hip and calf are nicely caught. 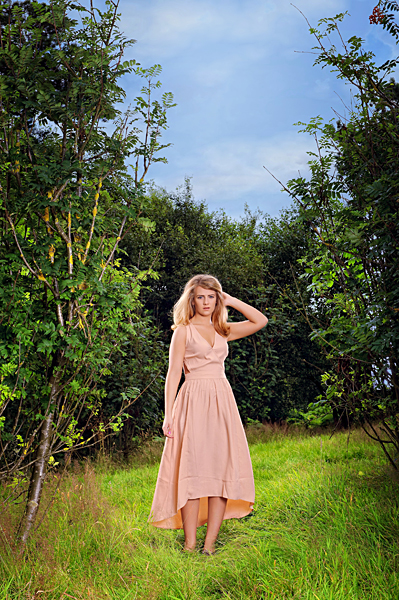 This is final image from this particular part of the day. More of a pull back, showing the sky and both trees. Again, the ambient light had increased, and I decreased the ISO slightly, and upped the shutter speed to the maximum allowed with the D3. If the Mach 1N triggers had arrived in time for this shoot, I could have gone beyond the standard sync speed max of 1/250th. Never mind!

The images below are the same as above, but reworked to provide additional choice for the client. 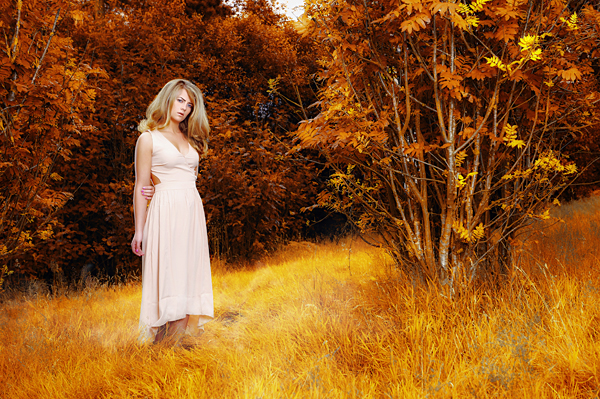 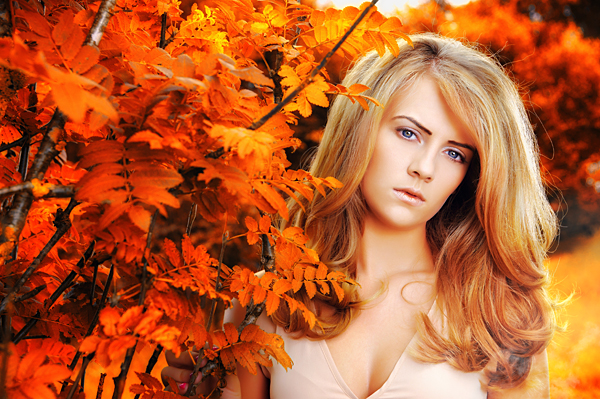 Part two may be found here.

The behind the scenes video (with some rambling commentary!) can be viewed here.

Josephine may be found here and also on facebook