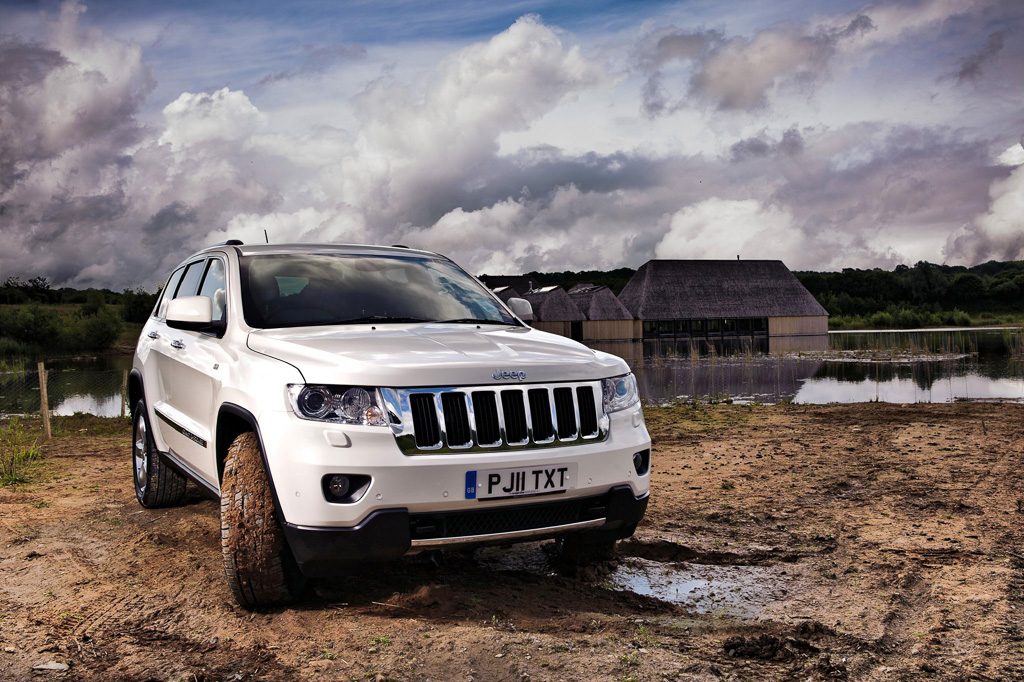 This was a very straightforward brief for the Live Magazine group. Just some basic images to go with a road test of the latest incarnation of the Jeep Grand Cherokee. I don’t do basic. If I’m asked to photograph an item, be it a simple box or a brand new car, I will give each the attention they deserve.

The car was driven as part of the road test, to a newly developed wildlife area fairly close to the M6. We very carefully chose an area that was still used for construction traffic and storage etc. That way, the use of the Jeep on the lake front would have no impact on the wildlife due to the other traffic still in use.

I asked for the Jeep to be positioned in front of the lake, with the restaurant and information centre providing a little interest in the background. My intention was to subdue the ambient light enough to dramatise the clouds. Although I was shooting towards the sun, the sunlight itself was fairly diffused due to the clouds, and I only needed to match the ambient using the Lencarta Safari Classic, and then raise the shutter speed a little to reduce the effect of the ambient light, as mentioned earlier.

I chose to use a 70cm beauty dish, mainly because it had quite a controlled spread of light, and didn’t reduce the output the same as a softbox would. The ambient light metered at 1/160th sec and f9 at ISO100. To reduce the ambient by 2/3rds of a stop, I simply raised the shutter speed to the maximum sync speed of 1/250th sec. At this speed, I occasionally get a little bit of darkening along the bottom edge of the frame. However, I can use this to my advantage and use the camera upside down, as I did here, to help increase the effect of the underexposure where I actually wanted it, along the top of the frame and the clouds.