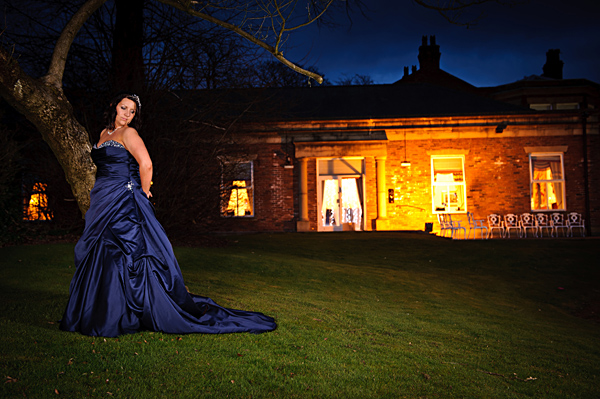 March is a nice time of year for weddings, as the nights haven’t started to stretch out yet, and the possibilities afforded by the early twilight are superb for a bit of fun   🙂

Farington Lodge in Leyland is a well established and rather popular venue, with rather nice grounds. The early darkening skies meant I could light Gemma and have the hotel in the background.

If I had gone with the standard sort of shutter speed of say 1/60th or 1/125th sec, then the background would have been jet black with no detail at all. Not a real issue from an image point of view, but I wanted to include the hotel and the ambience of the place too. To capture the lighting from the hotel and the skyline, I had to use a much slower shutter speed of 1/5th sec and an ISO of 400.

One of the things I particularly like about this group of shots is the fact the under exposed sky pretty much matched Gemma’s dress. The above shot wasn’t under exposed for the ambient by a great deal, otherwise I’d have gotten very little of the hotel lighting. It was the last of the images taken for the informal portrait session, whereas the earlier images allowed greater flexibility with regards to the  ambient light. 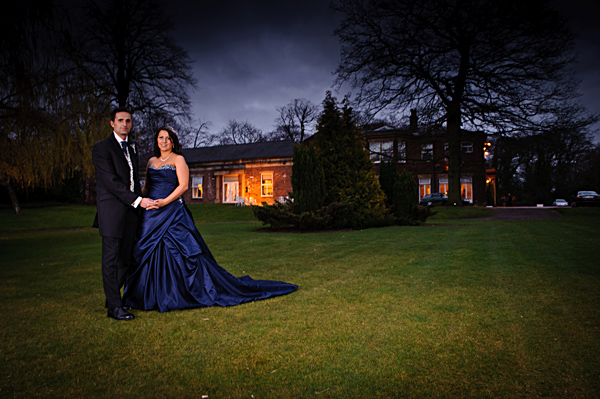 The second image was one of the first taken during the session, and you can see there was a great deal more scope for manipulation of the ambient light. The light was fading quite quickly, and I wanted to include the hotel in the background, but more importantly, some of the ambience afforded it by the warm lighting. Using the Lencarta Safari, I had a 120 Ocatabox set up camera right, about shoulder height to provide fill. The key light was provided by a 70x100cm softbox camera left (portrait orientation). The Safari output was at around 1/4, and was about a stop above the ambient with the camera at 1/10th sec, f5 at ISO400.

That one stop underexposure made all the difference to the texture of the sky.

The final image below, I just love because of the look on Gemma’s face 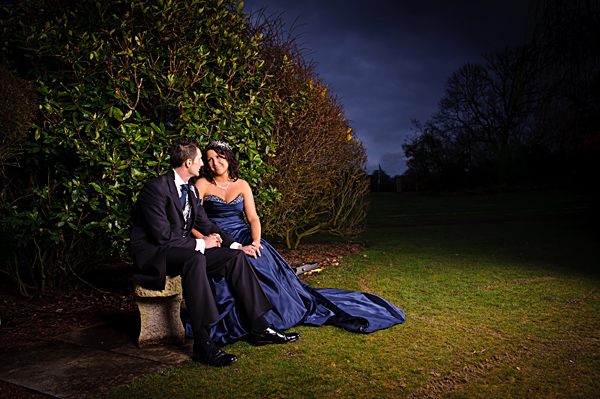 Farington Lodge is a fabulous venue, with good photographic opportunities in all weather. Well worth a visit  🙂