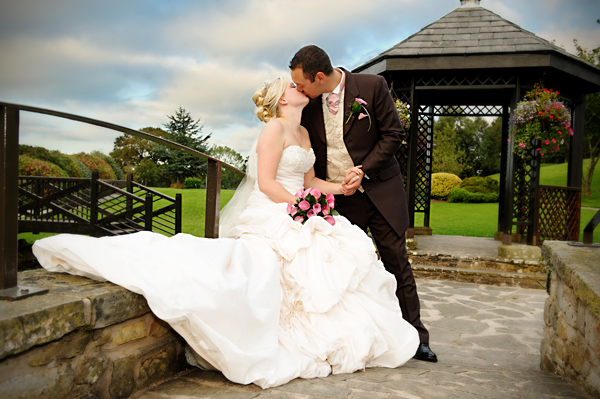 The difference between a good image, and an image that really pops, is quite often down to the light, and how it’s been used.

Here, the day was overcast, but the ambient light was fairly bright. The diffusion caused by the clouds caused the colours to look a little flat and detail to be lost in the dress and flowers.

So, what was I going to do to make it pop?

Careful use of additional light raised the quality of the final image, lifting the detail in the dress and flowers, and providing enough light to bring the image to life.  In this case, the light needed to be managed carefully, blending with the ambient so as to give the required effect, without appearing obvious or contrived.

The light came from a diffused SB-900, controlled via Nikon’s iTTL system and set to slightly overlight the couple at +0.7EV, whereas the camera was set to underexpose the background by -0.7EV

Not a huge variation on the correct exposure setting, but just enough to provide the look to the image I was hoping for, and avoid that dull flat look we so often see on overcast days.