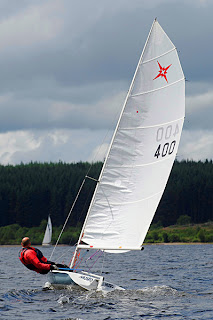 Funny, isn’t it? You get told everything’s off. There’s no water, no lake, no boats, no people and no fun!

Until you speak to one of the guys in charge. “Yes, the water will be low, and we can’t say for sure how low. Cancel? not yet!”

So, I still have a regatta in September. Plus, I got to have a play and see what the place was like. Lots of water! Well, a bit less than the week before, but still a lot of water. The folks were very friendly, and seeing as I was making use of the Sigma 120-300mm f2.8 and a 1.4x teleconvertor. I knew I’d have to put up with the usual “My, that’s a big’un!” I told myself to smile, they think it’s the first time I’d heard it.

Actually, don’t knock it. It makes a useful conversation starter, and it’s surprising where the conversations go. Whilst talking to Dave, I mentioned I was basically there to do a reccy because of the doubt over the September regatta. It was at this point he mentioned a second regatta the following September weekend which was a national event organised by the Royal Yachting Association (The first to be hosted there) which I am now also going to shoot for them and the Association. Result! 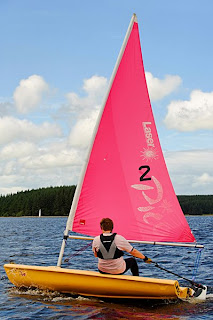 This second image is of a lady who has only been sailing a month or so, and it was her first competition. She was overtaken by a few of the competitors, but she was thrilled to bits and chuffed she finished. Nikon D3 70-200mm f2.8 VR shutter priority 1/1250th sec f6.3 400ISO

The folks were extremely nice and I have to say, I can’t wait to get back. Thoroughly enjoyed it!