The Regatta is sunk! 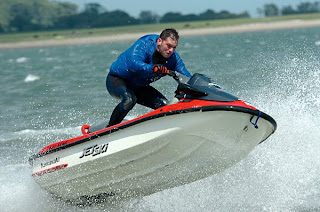 Just been informed that a regatta I was to cover in September near Denbigh, Wales has been cancelled. Apparently the organisers were informed by email within the last day or so. The waterboard are draining the lake to allow maintenance to be carried out on a wall. The lake will be out of use throughout the yacht club’s busiest time, and re-filling isn’t scheduled to begin until early September, around the date of the much publicised and anticipated regatta.

However, this weekend I’m across at my sister’s for her 40th birthday (all say ahhhh!), and Sunday there is a boat meeting at the s ame lake before the drainage gets into full swing. So, I’m taking my gear anyway for the birthday bash, and I guess I’ll tag along for the last hurrah.

The image above was from a weekend at Port Patrick, may 2008 with a very large party of very good friends. That’s simon with the face of terror. Nikon D2Hs Sigma 120-300mm with 1.4x

Hopefully, I’ll have pictures and news after the weekend