Food Photography For The Cherry Tree at Blackrod 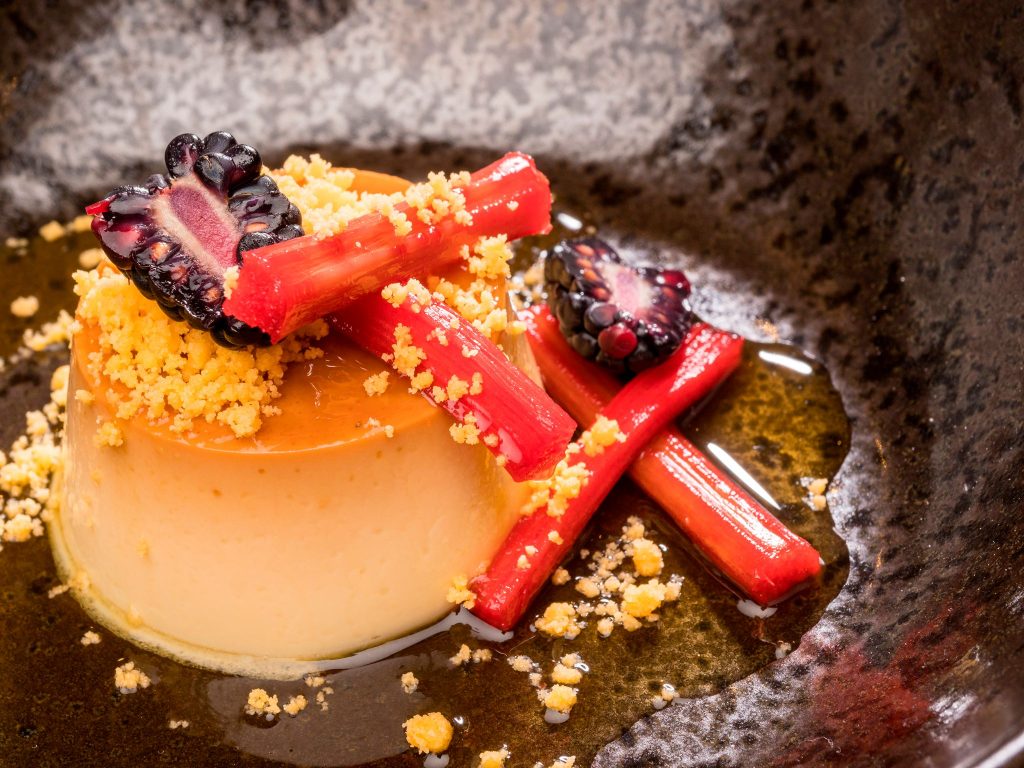 I do enjoy photographing food. And photographing really good food is something else! This is the Cherry Tree at Blackrod. An outstanding venue with food to match. The colour and texture gives me plenty to work with, and it’s these two attributes I want to get across.

The lighting is a simple two head set up, pretty much cross lighting the food.

The appeal of the food, is directly proportional to the amount of the specular highlights seen across the food. If the plate is lit purely from the front, such as when “on camera” flash is used, then the image appears flat, and there is nothing to draw the eye, or stimulate the appetite.

By lighting from the far side of the plate, at an angle that causes the light to reflect towards the camera, there is a greater incidece of specular highlights, making the food look “wet”. It also gives it greater texture and shape, providing a much more appealing three dimensional look to the finished image.

For the above image, I placed an Elinchrom ELB500 on the far side of the table, at a similar height to the camera, and angled down towards the plate. It was firing through a gridded 65° reflector, with a silver deflector plate fitted. This effectively made it a very deep, gridded beauty dish. The deflector plate is something I often use, and is something that appears to be unique to Elinchrom. It gives an additional dimension to all modifiers. And due to the four types of deflectors, it makes it very easy to add warmth or contrast etc. The output of the unit was set to 1.0 (Equivalent to 12Ws). Bearing in mind the head is pretty close to the subject at around three feet, and is firing through I highly polished reflector. Even with the grid fitted, there is a huge amount of light at that distance.

The key light is another ELB500, placed immediately to my left (frame left), and as close to the table as possible. The head is firing through an 80x80cm folding sofbox, which is angled downward quite acutely, as the box is almost over the plate. This effectively replaces our “ambient” light, and can be used to provide th overall “feel” to the image. I sometimes replicate the ambience of the restaurant, whilst on other occasions, I may lift the mood by providing a “light and airy” image for an establishment that only opens during the day.

Talking of replacing the ambience of a restaurant or establishment, the colour balance can have a huge bearing on the suggestive power of an image. For example, if the subject is a breakfast meal, then I may want to suggest an early morning sunny day. Sunlight tends to be a warmer tone early morning, and I replicate this with the gold deflector I mentioned earlier. The colour shift is subtle, but adds nicely to the illusion the plate of pancakes and maple syrup is sat on a plate, on a sunny veranda.

Anyway, moving back to reality. The key light was set to fire at 1.0 (Equivalent to 12Ws), and although it was much closer to the subject, the two diffusion panels on the softbox reduce output a lot more than the reflector and grid on the accent light. 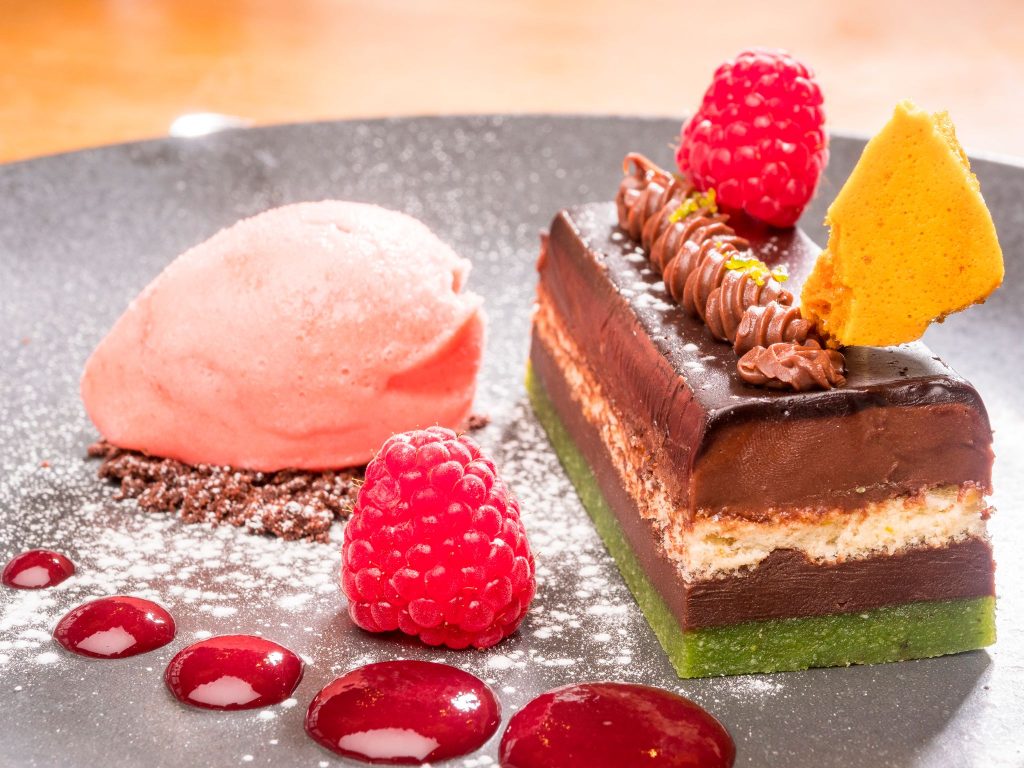 The lighting rig hasn’t changed for this image, and nor have the camera settings. The accent light is nicely picked up by the drops of coulis seen across the front of the plate, and also nicely picks out the texture of the raspberry.

The Cherry Tree can be found at https://cherrytreeblackrod.com/

The Elinchrom lights came from The Flash Centre, and the Olympus equipment came from Cambrian Photography