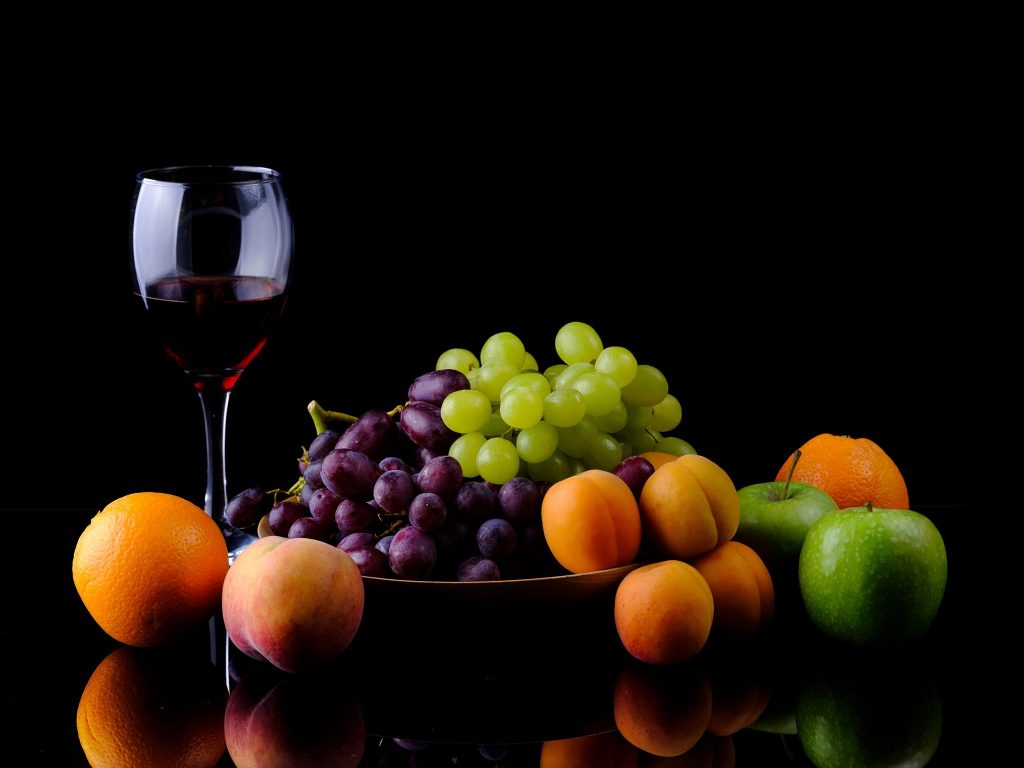 I wondered how the Fujifilm GFX 50s would deliver on a nice, low key food image, not too dissimilar to the renaissance era paintings we are familiar with. It really wouldn’t take an awful lot to light it, to be honest. Pretty much a single light, and a reflector.

To this end, I placed a 500Ws monobloc frame left firing through a 70x100cm rectangular softbox. It had been rotated vertically, with the intention it would mimic the reflection of a window in the wine glass. The power was pretty much minimal, at 1/64th. To bring up the shadows on the right side of the image, I used a circular folding reflector, and I chose to use the silver surface, as opposed to the white, so as to get the most out of the reflector, and also give a fair bit of contrast too.

The background was just the black paper backdrop that was still hanging from the wall roller system. 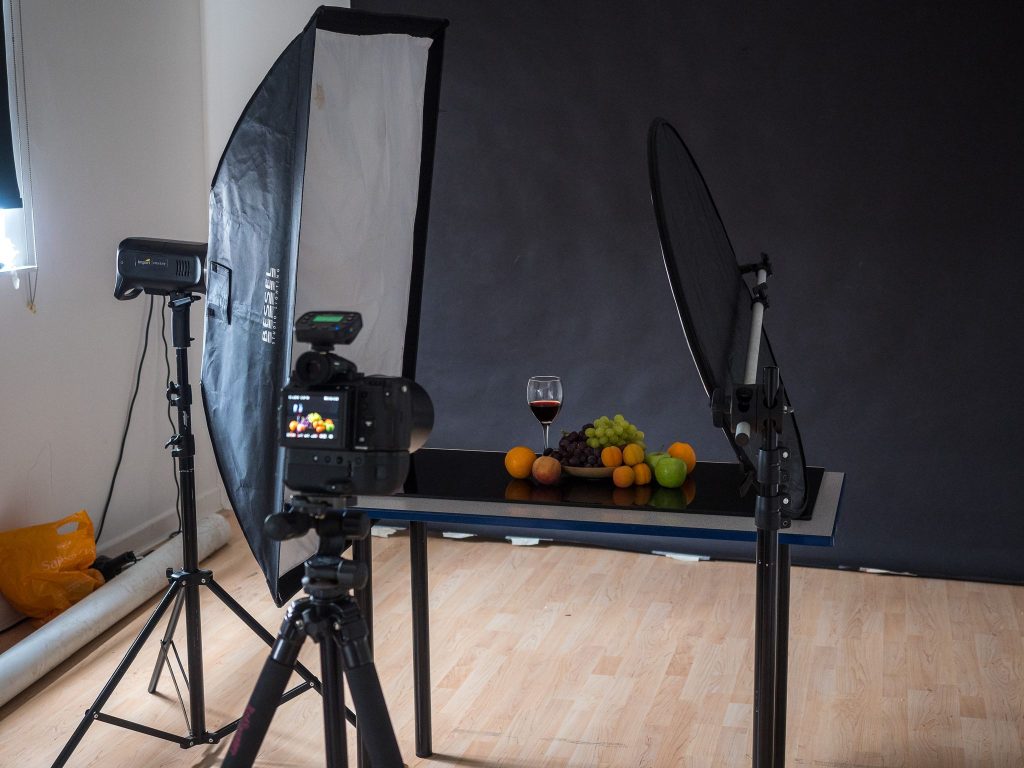 The obligatory (well, when I damned well remember!) behind the scenes shot. I really should do more of these, as it tells a lot more than my ramblings do.