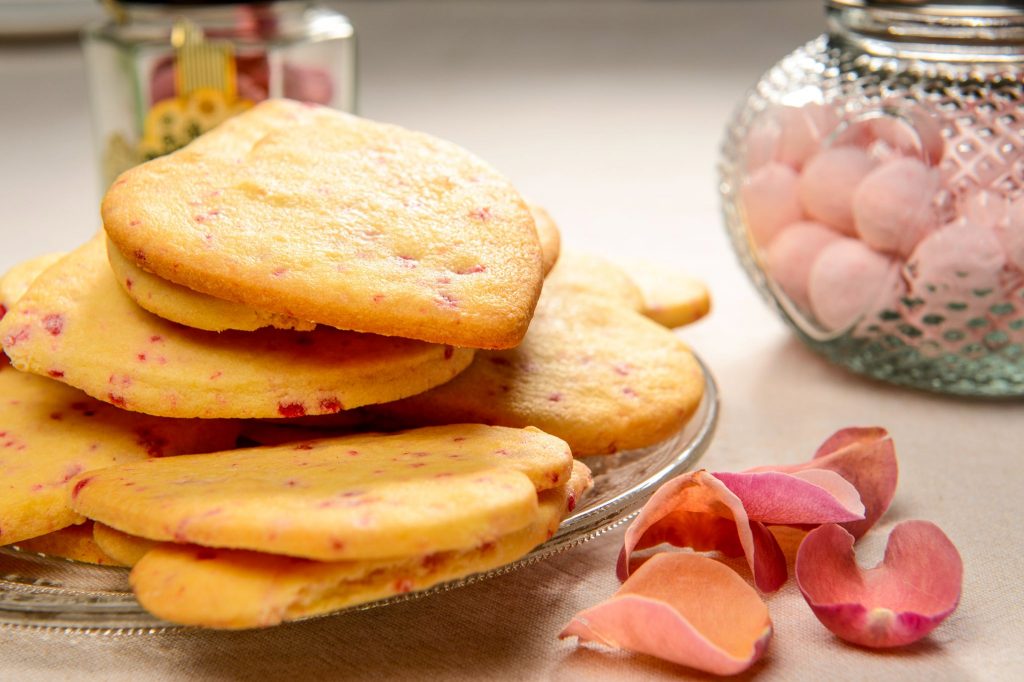 I was asked to visit a young lady by the name of Kathryn Whitehill, in Heswall, Wirral who needed some food photography. She had been a contestant on Masterchef, and has a food blog entitled Simply cooked with love. She felt she needed some new images to help kickstart her new site revamp. A lovely lady, and her site is a good resource for home cooking recipes.

So, on to the lighting for the above image. My key light is immediate frame left, consisting of a 360Ws location head, firing through an 80x80cm folding softbox, angled quite steeply down towards the biscuits, and at a height of five feet. It was firing at an output of 1/8.

My accent light was another 360Ws location head, firing through a dedicated small gridded beauty dish almost opposite me but slightly frame right, and at a height of around four and a half feet. It was only just out of the frame really, and the output was again at 1/8. The accent light is providing the specular highlight across the stack of biscuits, and also on the glass objects in the background. 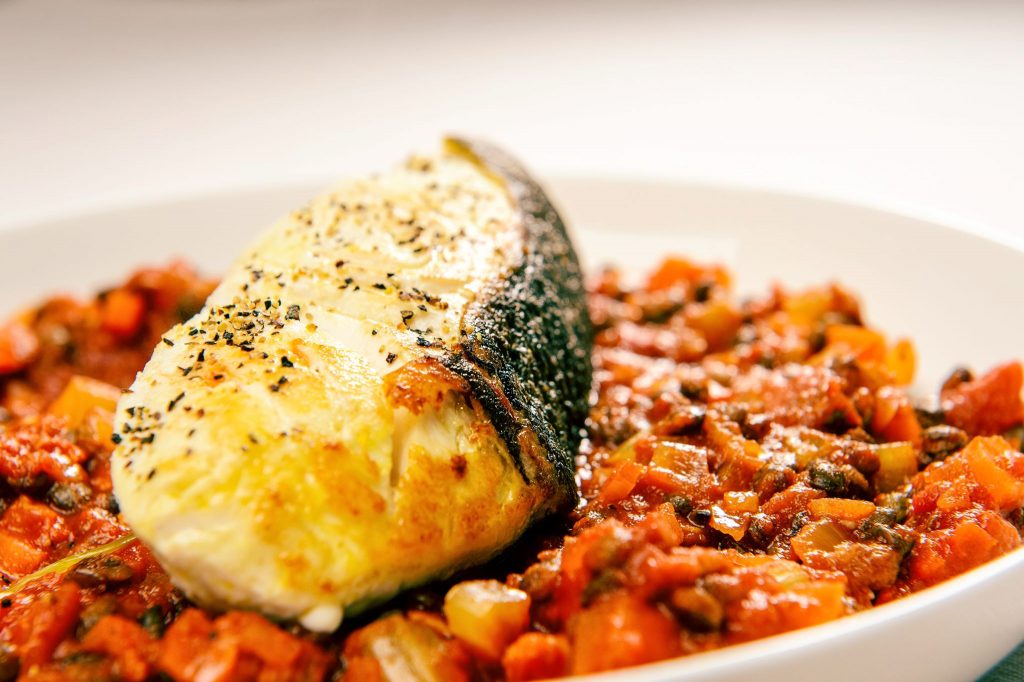 Whilst basically a similar setup to the biscuit image, I moved the accent light to a more central position, ensuring the specular highlights were along the top of the fish, and not just the skin side, as it was initially. The accent light needed turning down to an output of 1/16, as the flesh of the fish seemed to reflect the light quite strongly, to the point I was losing a little detail and contrast. I think there were a couple of reasons for this, when compared to the biscuits. The fish has a white flesh, which naturally reflects more light. The flesh also had a fine coat of oil from the cooking process, which again caused more light to be reflected.

The key light was turned down about half a stop for similar reasons, but hadn’t effected the brightness of the fish quite so much on the test shot..

On a side note. Did you notice the shallow depth of field on that fish? This was taken a few years ago now. In fact, it was January 2015, and six months before my first encounter with the Olympus Micro Four Thirds system, and all the benefits that would bring. At thse same settings on an Olympus, almost all the plate would be in focus. And that’s why the full frame kit had to go. 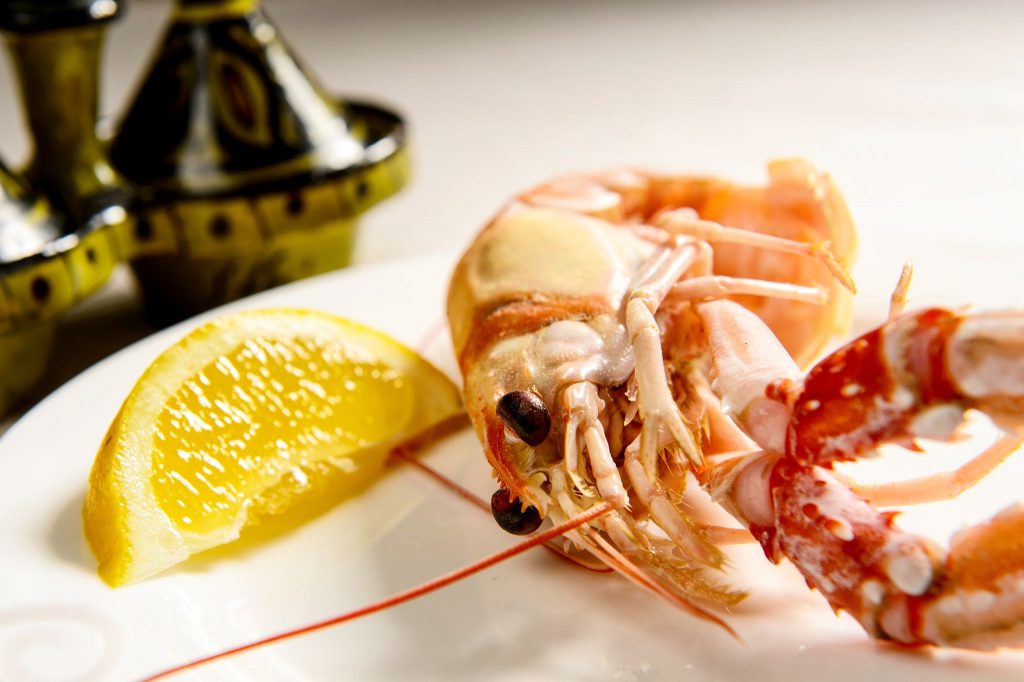 The only issue with this particular image, was ensuring I had specular highlights on the lemon. The accent light was returned to centre frame, and elevated by another foot to five and a half feet, ensuring the head was angled directly towards the centre of the plate. The shell of the Langoustine is made up of fairly flat surfaces, and unlikely to create a lot of specular highlights, so the aim was to ensure the light gave a good representation of shape and texture.

Both lights remained at the same output as the fish image. I was conscious of the gloss on the white plate, and although the accent light had been raised by a foot, increasing the output to compensate for the increased distance caused the plate to be a little too bright. 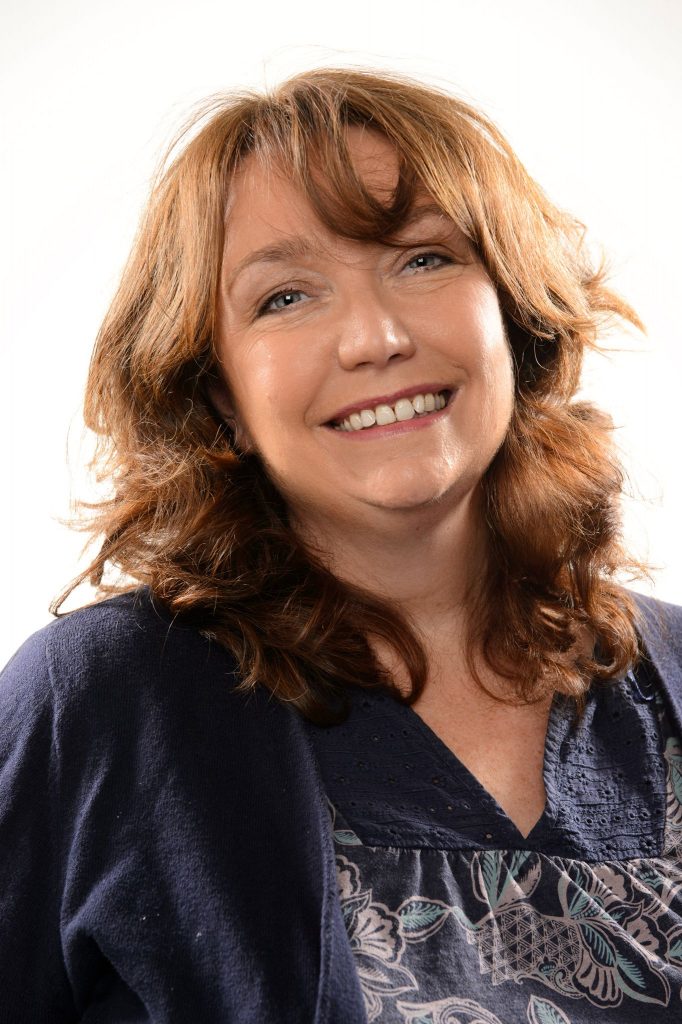 Finally, Kathryn needed a headshot for her website, and other business directories. The wall of her dining room happened to be white, which meant no need for a backdrop, and a bit quicker to set up.

I placed a 360Ws head behind Kathryn, with a wide angle reflector. It was pretty much at shoulder height and central. It fired directly at the wall at 1/64.

The keylight was to my immediate left and at maximum height against the ceiling. It ws firing through an 80×80 folding softbox at an output of 1/16.