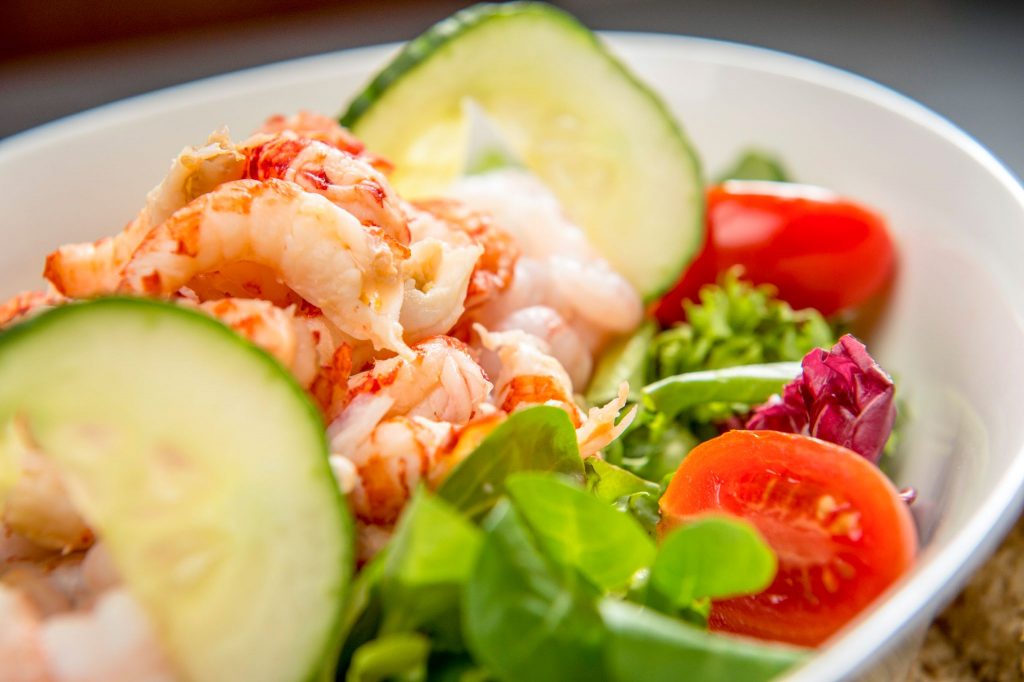 Quite often, when presented with a dish to be photographed, I want to isolate a specific part of the food, rather than present the whole thing. This could be derived from the main ingredient, or the most photogenic item amongst the whole platter.

In the above image, it was quite obvious the main interest for any potential diner was the crayfish tails, as opposed to the salad. Rather than crop tightly in to the crayfish, and isolating it completely, I chose to use the depth of field to draw the eye to the key item of the dish. A tight crop would certainly isolate the crayfish, but would also divorce it entirely from the dish as a whole. It would become “crayfish”, rather than a crayfish salad. The inclusion of the other items, even when out of focus, broadens the appeal of the dish as a menu item.

Now, with regards to the lighting, I placed a 300Ws location head frame centre and top as the accent light, firing slightly downward towards the plate. It was set to an output of 1/8th and firing through a small gridded beauty dish.

The keylight was basically over my left shoulder, and almost overhead. It was another 300Ws location head, firing at 1/8th output through an 80x80cm folding softbox. 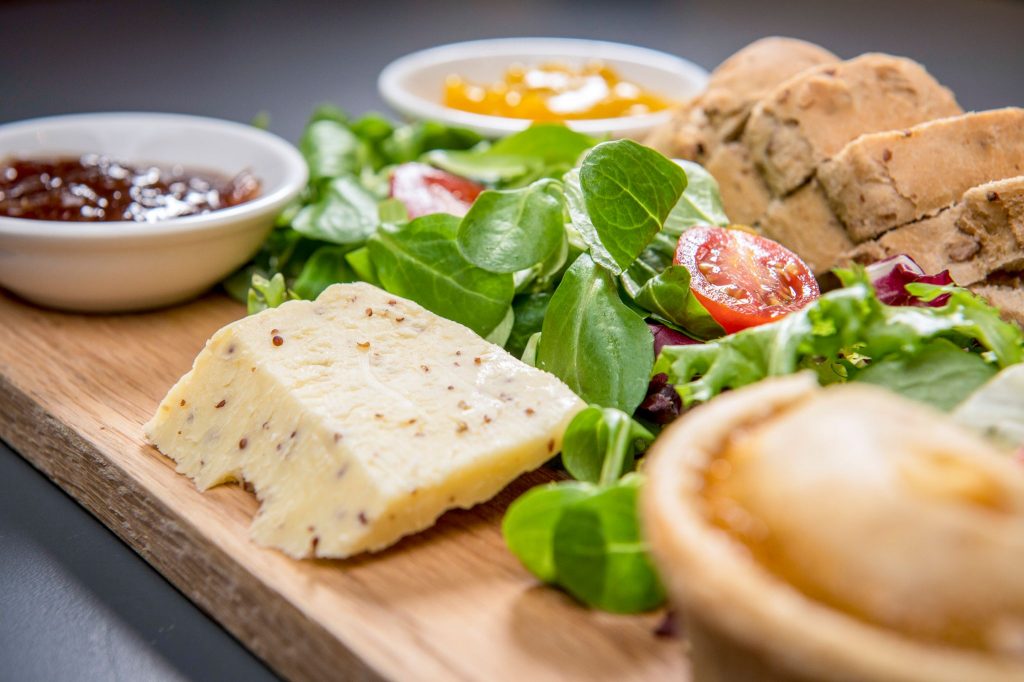 On this particular platter, there were a couple of items that could been isolated in the same manner, including the pork pie seen bottom right in the frame. However, my eye and attention was drawn to the cheese, which I felt indicated the most likely item that potential customers may be interested in. The accent light remained in the same position, with a slight adjustment in angle to catch the tomato and also the chutneys. It’s the specular highlights seen in food photography that actually bring the images to life, and play an extremely important role when appealing to the client’s potential customers. The key light remained unchanged both in position and output.

These images were taken on a full frame camera some time ago, and I’ve since moved to Olympus initially for the food photography, due to the benefits the system brings. That said, I soon found it suited every genre of photography I cover, and the last of my full frame equipment was sold by the end of 2016.