These were actually taken almost three years ago, for Ninos, an Italian restaurant in Cliviger.

The restaurants full title is Ninos at The Fighting Cocks, and my aim wasn’t just to photograph the food, but to capture the ambience of the restaurant. It has a real family feel to the place.

The food arrived straight from the kitchen, and I was shooting whilst the restaurant was busy, which meant the tables either side of me were busy, and I received either questions or advice, depending on which way I faced.

My accent light, which creates the specular highlight, was placed on the far side of the table, in line with the dish, and high enough to be just out of frame. It was set to fire directly towards the camera, angled downward to the dish. I used a 300Ws location light, firing through a small gridded beauty dish, at an output of 1/16th.

The Main light was to my immediate left, quite close to the table, and angled sharply down. It was another 300Ws location light, firing through an 80x80cm folding softbox at an output of 1/8th. 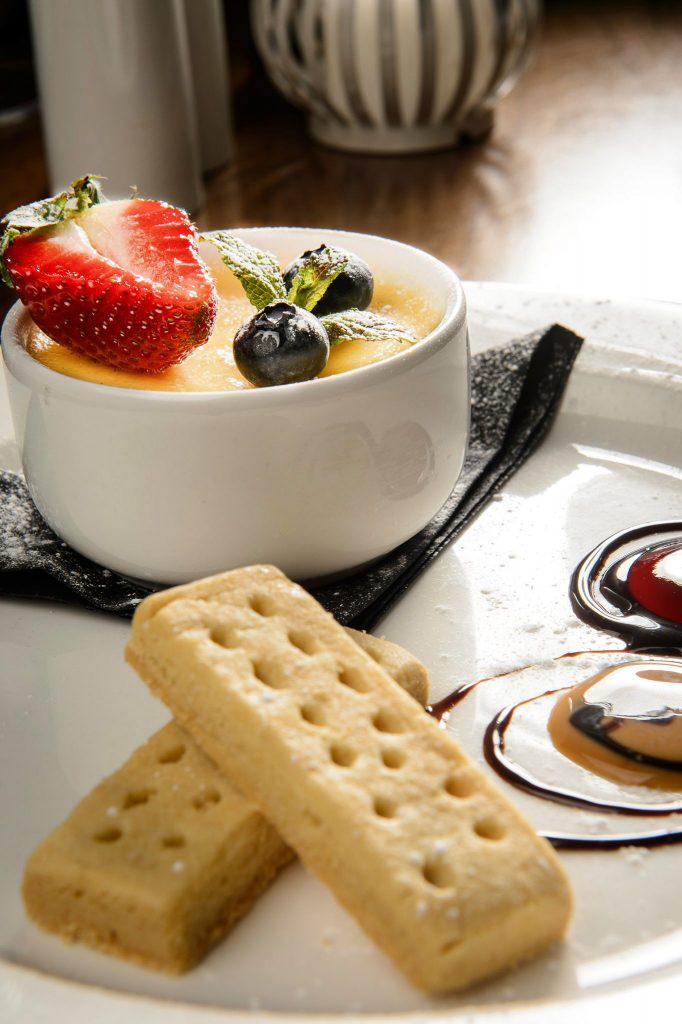 Identical light positions and settings as above. The dish itself is lightly further frame left when compared to the previous image. Looking at it now, I cold have done with reflecting a little more light into the front of the dish, which appears a little dark along the biscuits.

Camera setting are the same. 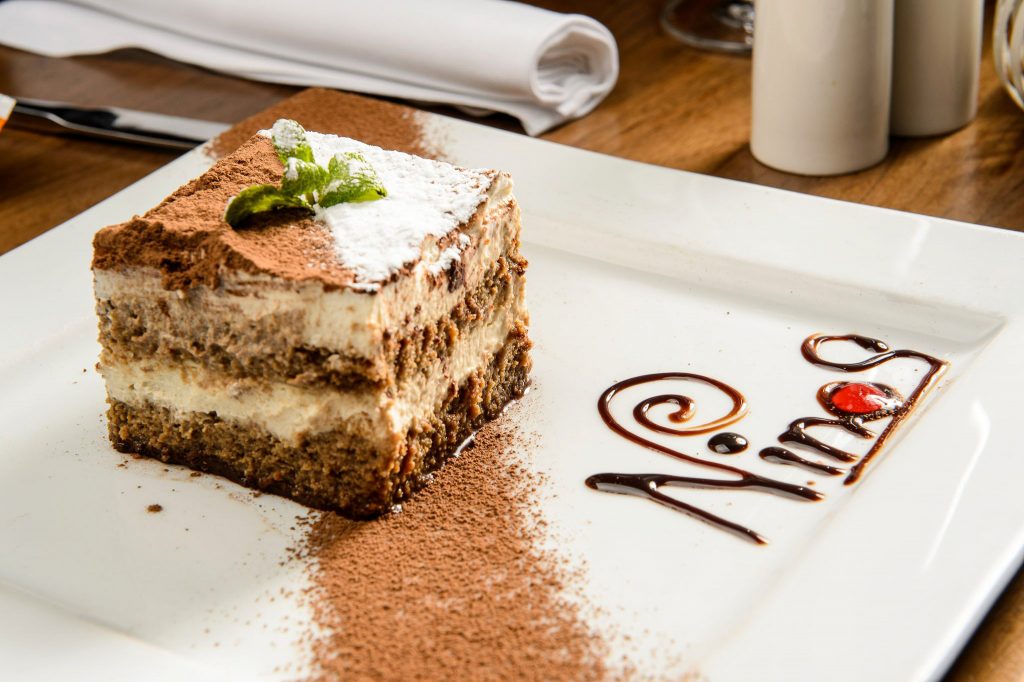 The softbox from what was the key light, nicely provided an overall soft light.

The outputs of both lights remained the same, as was their relevant position to each other. It was simply my position that changed. 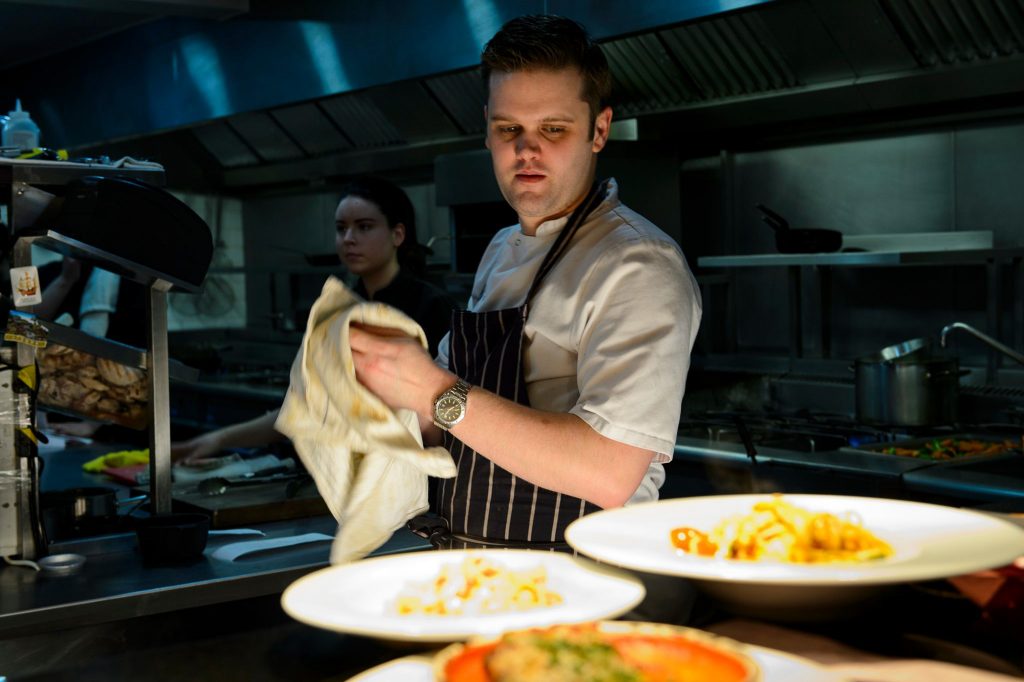 I usually try and get some form of atmospheric imagery of the chef at work. Sometimes I light it, sometimes I don’t. It alldepends very much as to what I’m presented with at the time, and also how I feel the ambience is contributing to the scenario.

Here, it was simply a grabbed shot with ambient lighting, nothing more.

The one thing I do have to watch for is the funky lighting often found in kitchens, where there can be a mix of fluorescent and tungsten. Sometimes, auto white balance does a damned good job. Other times, it seems to throw its hands in the air, and run screaming for the hills.

Ninos can be found at ninosfightingcocks.co.uk