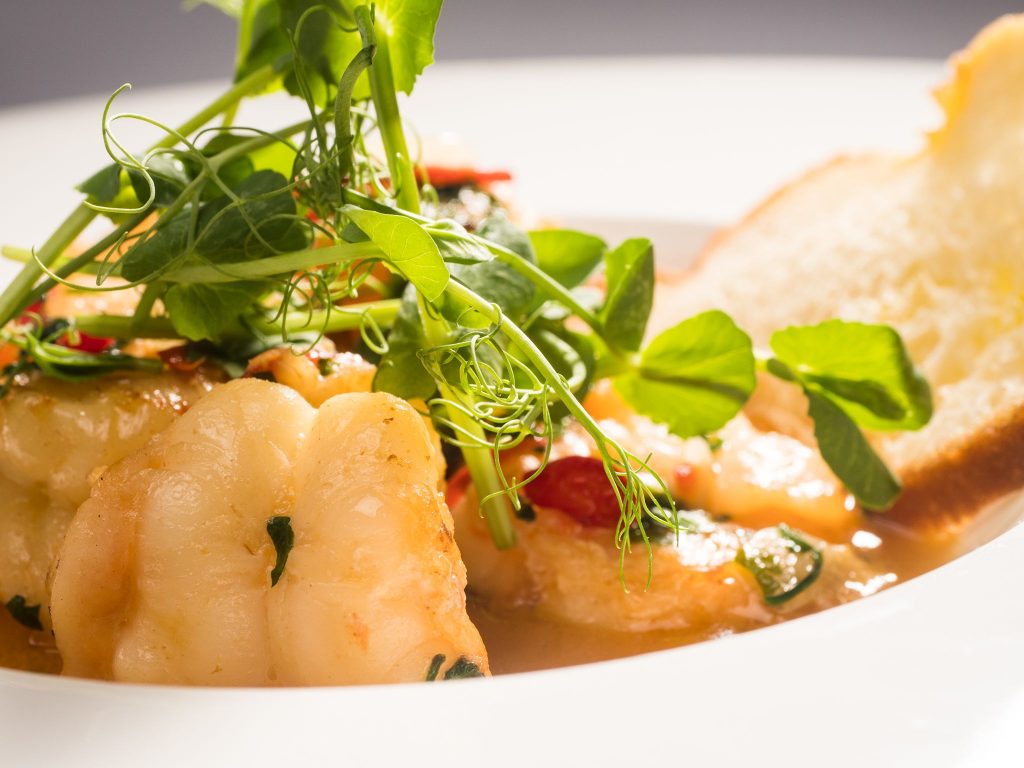 La Locanda is an Italian restaurant in Gisburn. A very intimate atmosphere with a real homely feel to it. I’d been asked to photograph a few dishes for a magazine article.

My preference for food photography is two lights. A keylight and an accent light. I usually have a third light assembled and ready to go, which is there for the capture of any steam. It wasn’t used on this occasion.

Now, I think I’ve pointed out before, I do not eat the dishes I photograph. For no other reason than I just don’t want to be known as “the fat photographer!”. However, I really do have to say, this particular shoot certainly tested my resolve. The garlic king prawn dish pictured above smelt absolutely divine, and I still remember it.

Anyway, lets talk about the lighting, if only to stop me salivating.

My keylight was an Elinchrom ELB400 with an action head connected to the B port, and firing at an output of 1.5 (Equivalent to 18Ws). It was firing through a folding 80×80 softbox, angled at 45° downward from a height of five feet. It was placed immediate frame left, and I worked below it.

My accent light was a second ELB400 unit with another action head connected to the B port. The output was set to 1.0 (Equivalent to 12Ws) and firing through a gridded 18cm reflector. The head was attached to a makeshift boom, and placed the far side of table, firing towards the camera. It was above the field of view of the camera, and angled down towards the dish. The grid reduced the possibility of flaring.

Incidentally, for those who are wondering, the makeshift boom is a cheap aluminium monopod (really, really cheap!), with a light stud fixed at the end. This is then clamped to a light stand, and I usually drape a jacket or similar over the end as a counter balance. To be honest, I quite often don’t bother with a counter balance, as the ELB400 head plus reflector weigh not much more than a gasp of air. Well, almost. 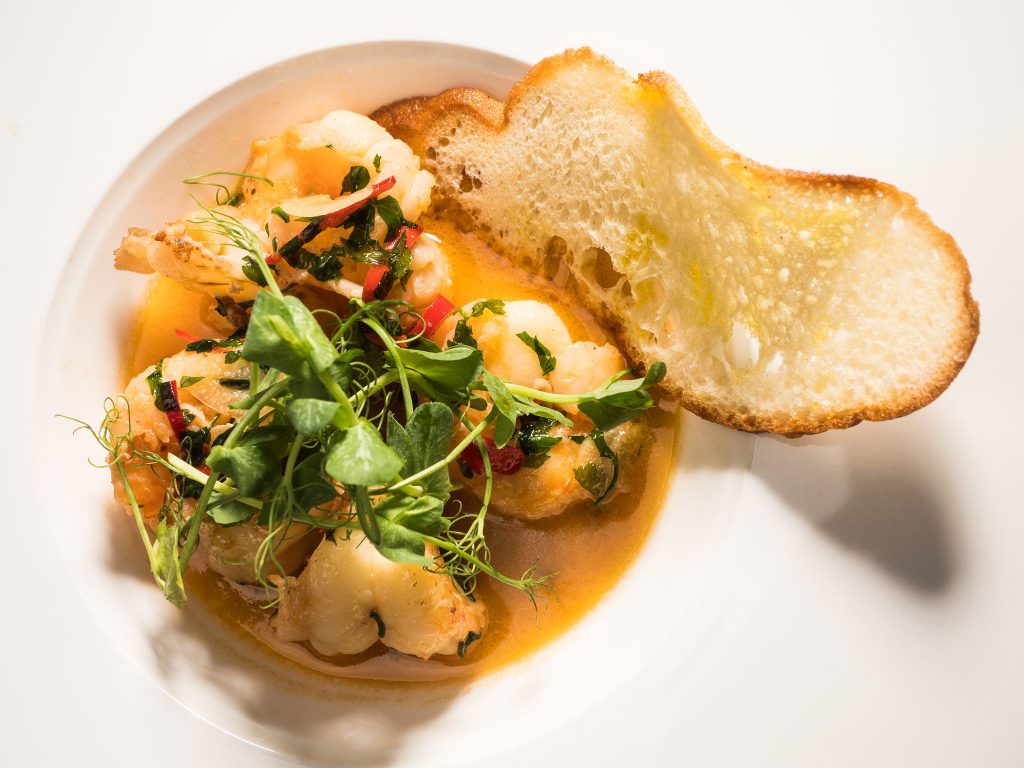 Here, all I’ve basically done is stand up, and hold the camera over the dish. (My, aren’t those articulated rear screens useful!). Same lighting and camera settings, 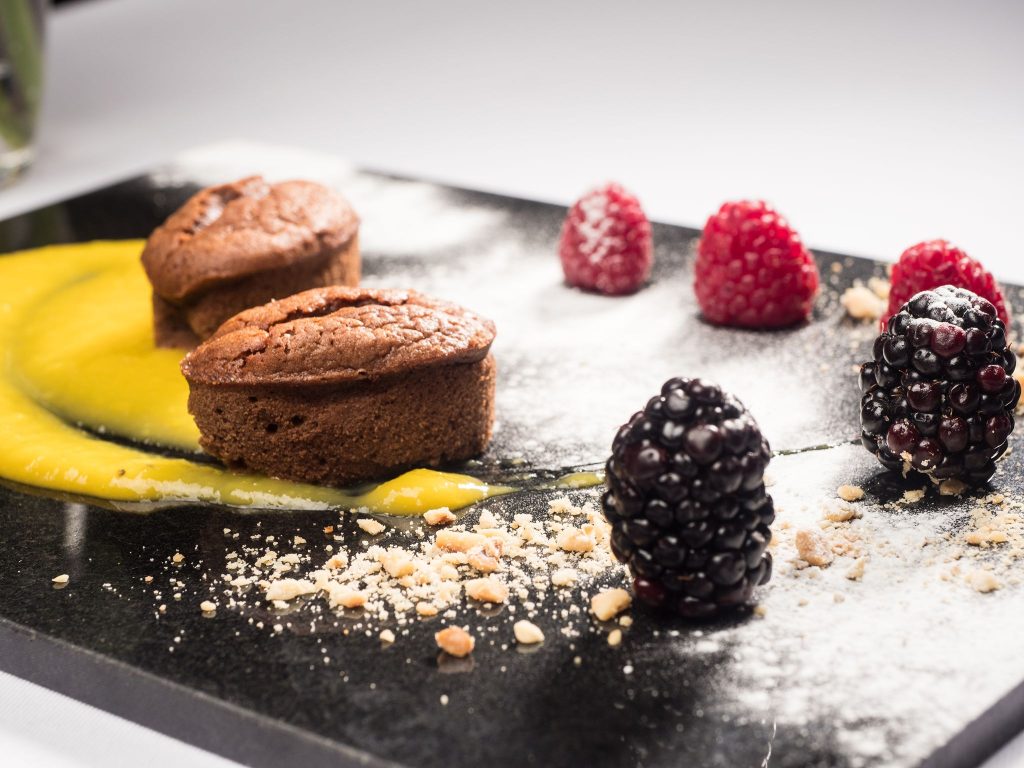 Here, I found the black marble “plate” ate a fair amount of the light. Enough to necessitate opening up the aperture by 2/3rds of a stop to F6.3. I also had to use silver card to bounce some light into the cake thingy.

La Locanda can be found at : www.lalocanda.co.uk