Corporate headshot photography needs to say more than “hello!”, because it’s also representative of the business. That can mean including the ambience of the setting, or putting the subject in context.

The above image was part of the team headshot update for Lloyd Mini Colne. In fact, I think it was the same day as we did the group shot mentioned previously. The lady above is Egle, who isn’t particularly fond of being in front of a camera. The first job wasn’t sorting the background or lights, but gaining her confidence and making her feel relaxed.

Anyway, the background is a black vinyl backdrop suspended between two lightstands. At the top of either lightstand I had a small gridded beauty dish angled down to provide accent lighting either side of our young lady. Each beauty dish had a 360Ws head attached, firing at 1/8th power.

The key light was another 360Ws head firing through a 80x80cm folding softbox just to my left and at maximum height (around 6’6”). The output was set to 1/16th. 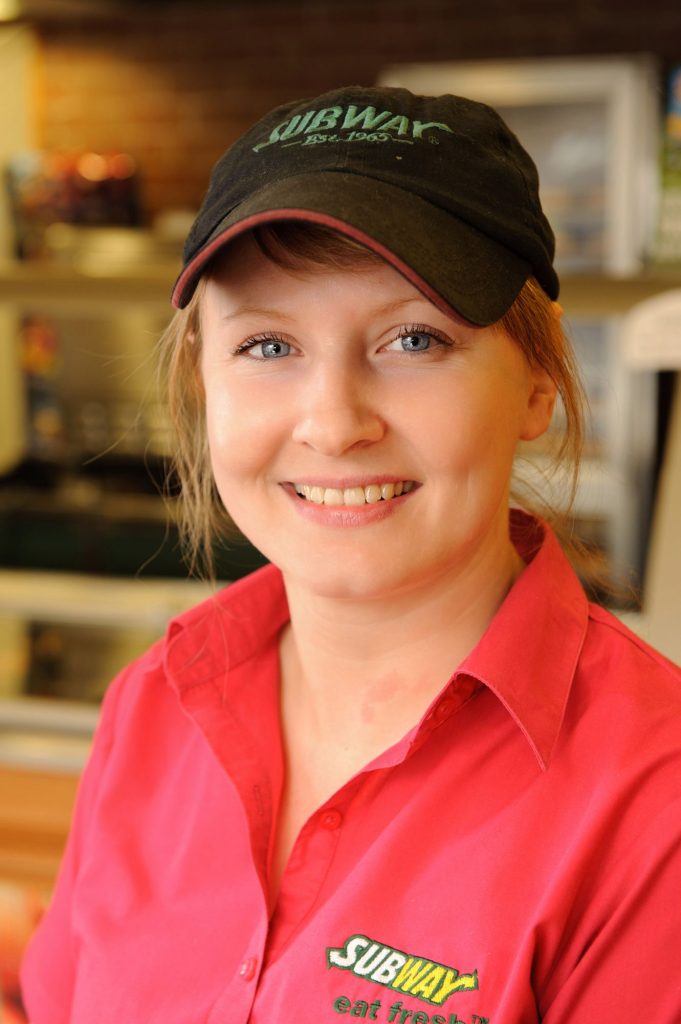 This second headshot was for an advertising article for Subway. My intention here was to include the ambience of the counter area, without having it in sharp focus, which would have drawn the eye of the onlooker away from our subject. This is actually a simple two light setup, and using speedlights. I still tote speedlights around as a very quick and simple lighting solution, and they are often used to supplement my location kit when lighting quite complex scenes.

Frame left, I have a speedlight that is firing into a reflective umbrella, with it’s power turned down to 1/64th. The key light is a 60×60 folding softbox with one of those pressed steel speedlight attachment rings and flaky light stand fitting. It was placed to my immediate left and at maximum height (again, 6’6”).

You will notice I had both subjects three quarter on to the camera, which helps narrow their profile. I also chose the side that would bring their badge and logo to the forefront.