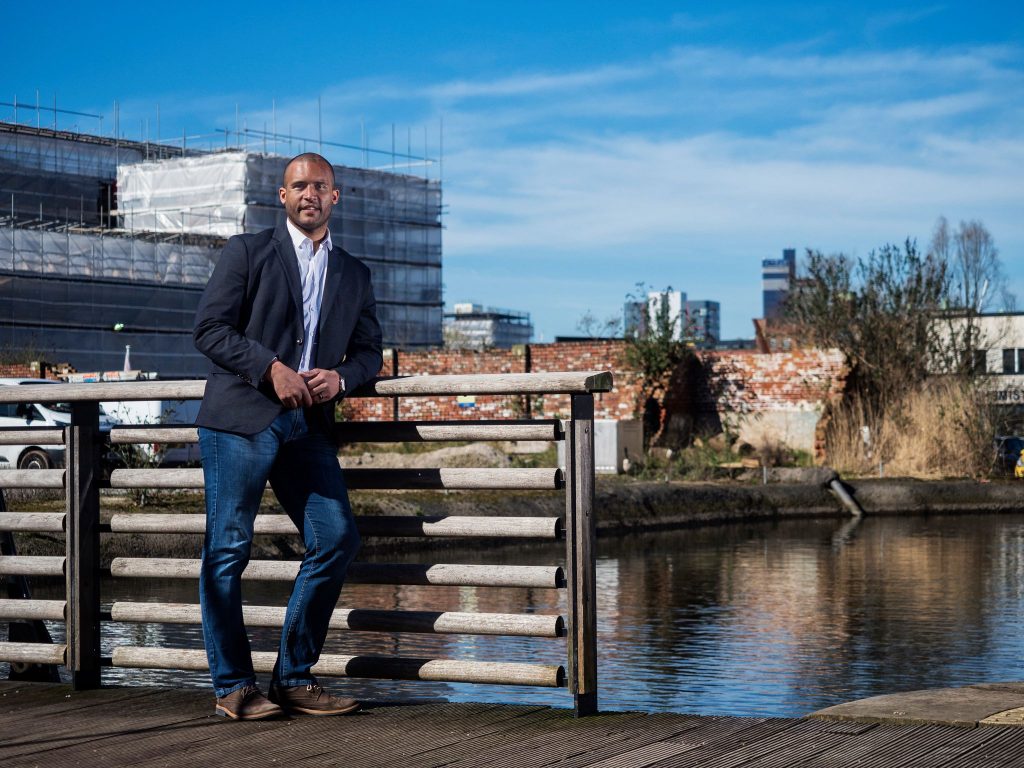 Meet Clarke Carlisle, ex professional footballer and founder of the charity, Foundation for Dual Diagnosis. My brief was to take a few location portraits, which were to be more than the usual corporate headshots. Something a little different.
Our playground was a section along the canal in Manchester, with quite a choice of backdrops and location props such as stone steps and canal lock gates. We were also quite lucky with the weather, bearing in mind, this was in March. Now, the brief included the word “Cinematic”, which is open to interpretation, and gave me a fair bit of licence from a creativity point of view. Excellent!

The above location is just a small bridge near Chips, which is a business centre type building. I wanted a background that showed the developing and changing side of Manchester, but I didn’t want it too distracting from our main subject, Clarke.

The sunny weather meant I could use the sun as one light source, and use an Elinchrom ELB400 as my second. In the above image, the sunshine is used as the main light source, coming from frame left. This created a dark shadow to Clarke on his left (frame right) side. I placed an ELB400 frame right, firing through an 18cm reflector at an output of 3 . This meant I wouldn’t lose any light due to diffusion panels, and would also balance with the hard look to the sunlight too.

I wanted to shoot with an open aperture, and also drop the ambient a little, so as to make Clarke pop. I chose to use the Skyport HS trigger, along with an HS head, allowing me to choose any shutter speed I wish. By choosing to shoot at 1/5000th sec, I was able to make use of an aperture of f2.8, and still under expose the ambient by about a stop.
E-M1 mkII 1/5000th sec ISO200 12-40mm f2.8 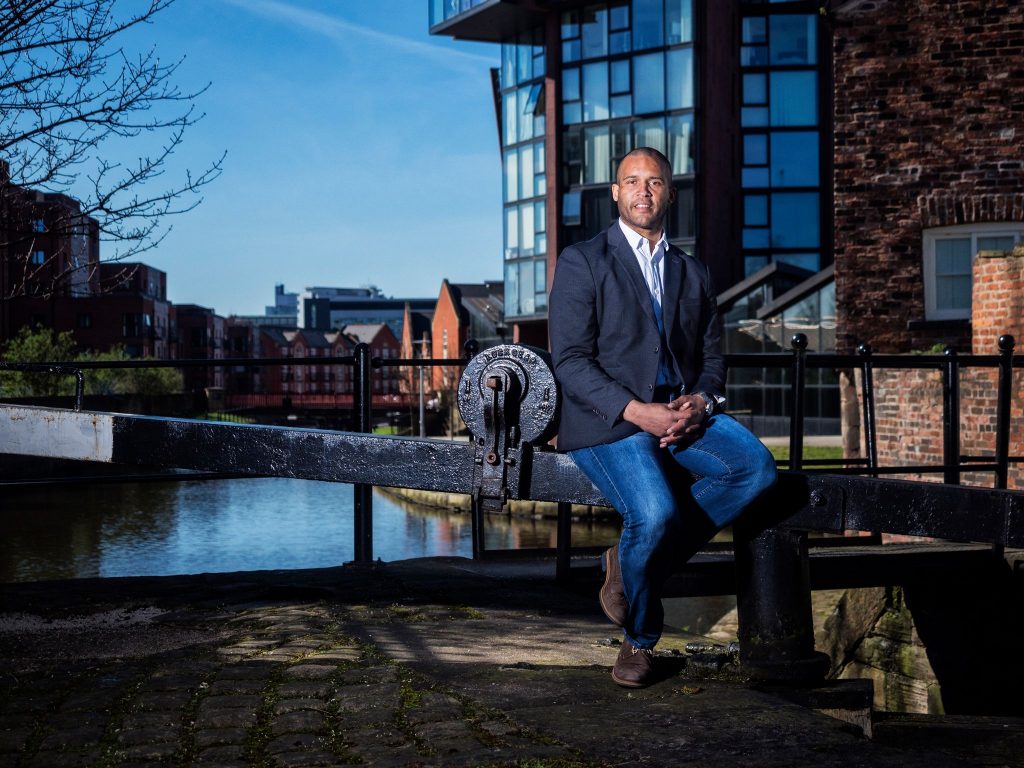 This second image was from a lock gate just beyond the bridge pictured above. The area was pretty much in the shade, except for the arm of the gate, which Clarke sat on. You can clearly see the sunlight disappears just about his shoe level. I had the sun from frame left, so I again used the same single ELB400 setup with the 18cm reflector firing at 4 to fill the harsh shadow and level up his exposure with similar contrast characteristics. This time though, I wanted to drop the ambient little more, and pushed the exposure up to 1/8000th sec, whilst maintaining an aperture of f2.8.

These images are part of a portfolio for use in PR and marketing, and are intended for his new website which is currently being developed by D&M Creative.

Until the website is launched, you can find out more about the charity on their facebook page.