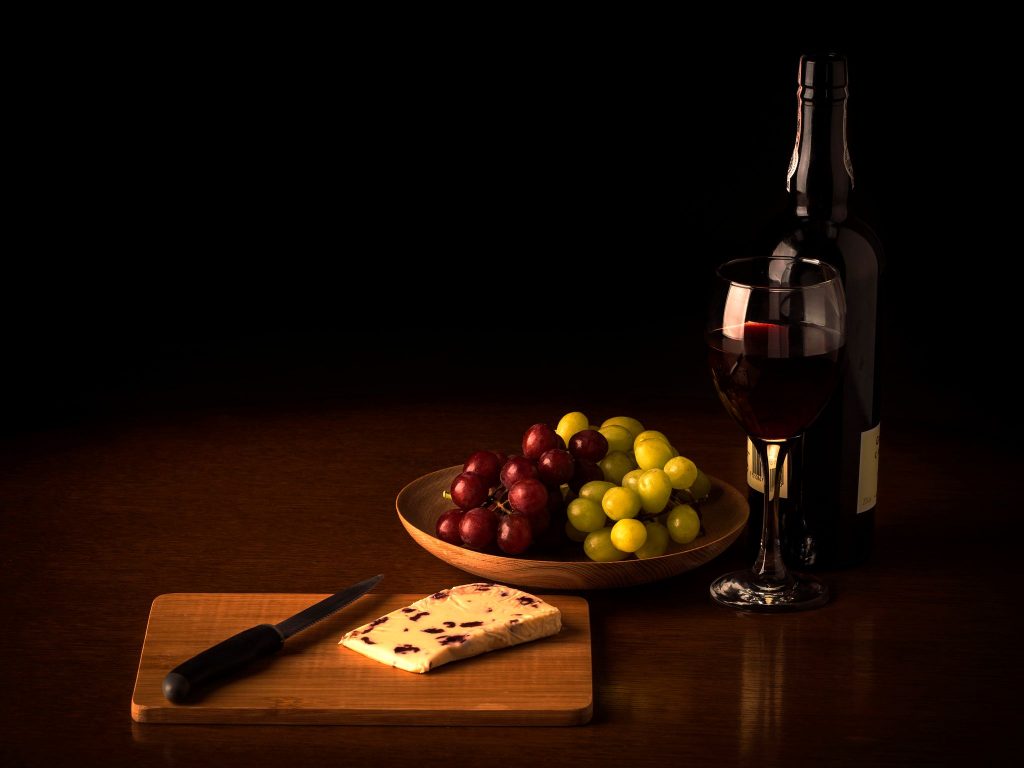 All my food photography is client driven. Whether that’s restaurants, hotels, recipe books or Getty Images, the brief and styling is usually someone else’s decision.

This particular image came about due to a couple of factors. Primarily, I noticed most of my food imagery was quite light and airy. A style my clients rather liked, and a style which particularly suited their websites. Don’t get me wrong, I like shooting in any particular style that does the food justice, and best suits the clients needs. That said, I really quite fancied shooting a much darker food scene. A scene that would focus the attention purely on the food, rather than the ambience of the setting which tends to be the better look for a restaurant or hotel.

Oh, and there was a food imagery competition running on the Micro Four Thirds forum.

Anyway, I raided the home fridge and nicked the wedge of Wensleydale Creamery’s cheese with cranberries, as you do. (It’s actually part of their rather good cheese box). The bottle was liberated from my wife (empty, I might add!). The contents of the glass? Undiluted blackcurrant cordial. The grapes came from a local supermarket on my way into the studio. Knife, board and bowl are from the studio prop cupboard.

My intention was to use a single light source with a large rectangular modifier to light the scene from one side. The reflection of the softbox in anything such as the bottle or glass would take on the appearance of a window. I would need to bring in some light from the other side of the table, but only enough to bring up the shadows and stop the dark edges of the bottle etc. disappearing into the background.

I had a black paper backdrop in place approximately ten feet beyond the back of the table top. The distance would ensure the light source wouldn’t illuminate the background. I initially used a honeycomb on the softbox as well, which of course narrows the field of light and reduces light contamination beyond the subject area. However, on close examination of the test image, I found the honeycomb was quite visible in the reflection on the wine glass. So off it came.

The light source is an Elinchrom BRX500Ri frame left, firing through a large softbox (40×53 inches). Output was at 4.0.
Rather than use another light source to fill frame right, I used a large polystyrene board to bounce the light back towards the subject area.

A very simple one light setup.

A few behind the scene images to better explain the setup. (taken with the original E-M1). 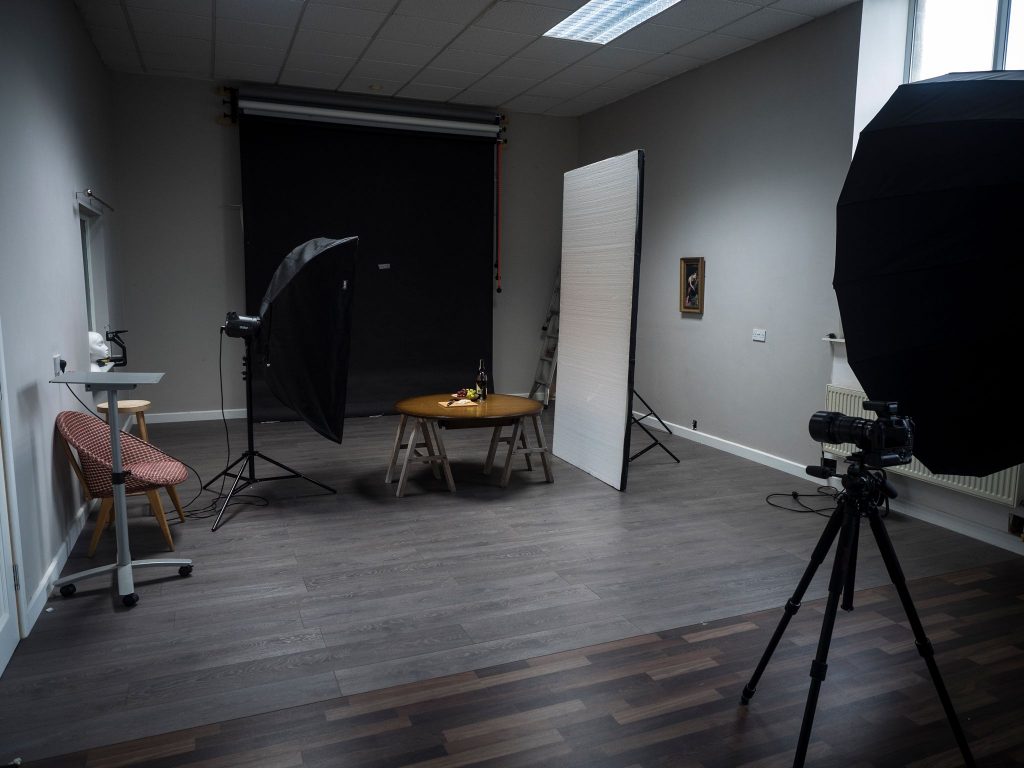 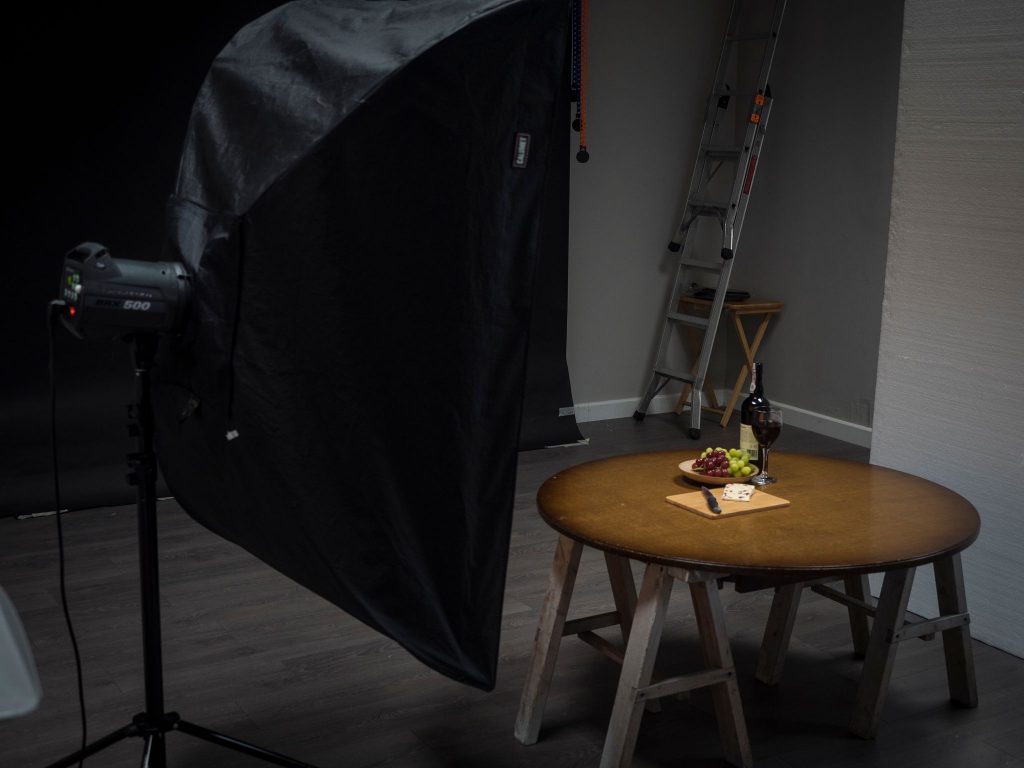 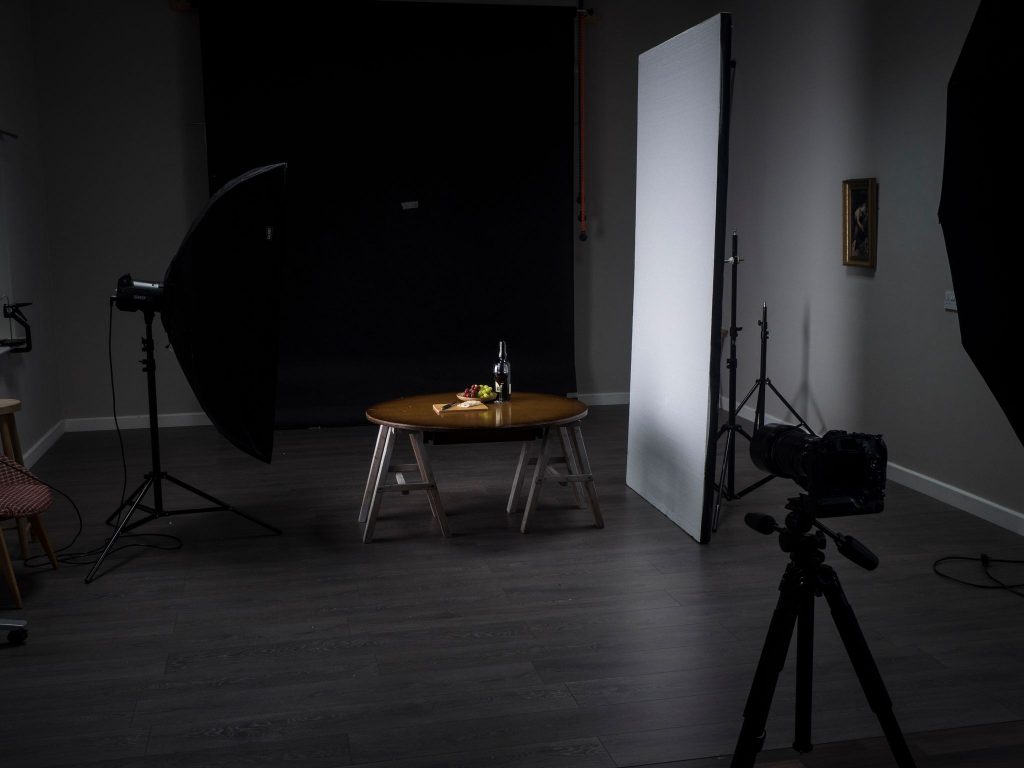 Wensleydale Creamery can be found at www.wensleydale.co.uk