Bridal Brochure Shoot for the Port A Beach Lodge, Port Aransas in Texas 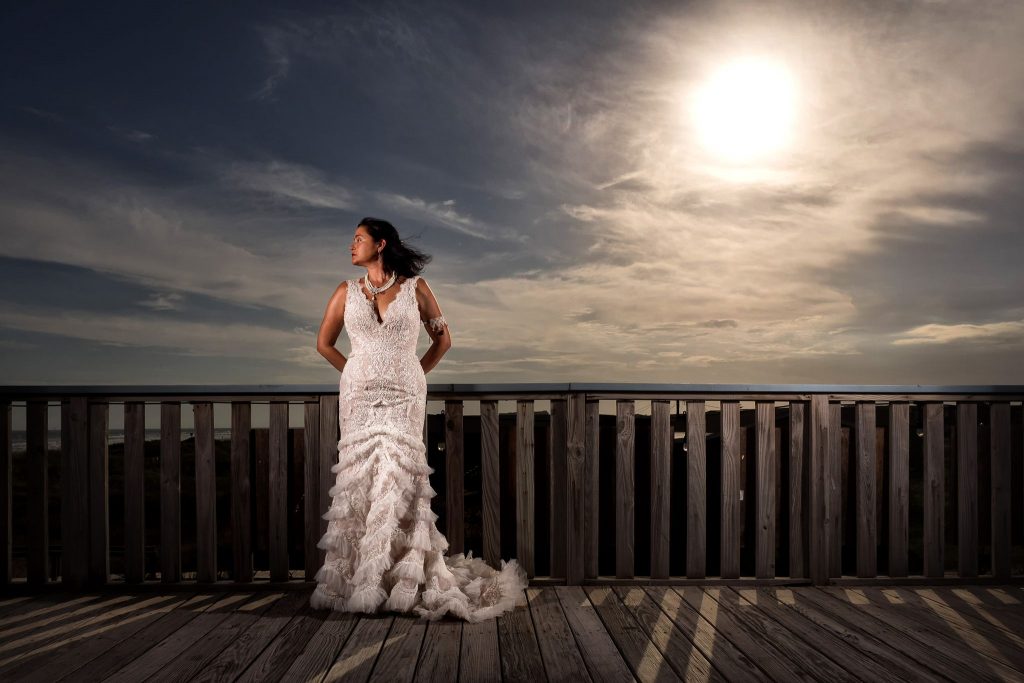 Following on from the morning’s shoot of the rooms and exterior of the Port A Beach Lodge, I was to do a bridal brochure for the Lodge.

Our model is Tiffany Woods, who had married at the Beach Lodge about a month before. Given the fact we are in Texas, it was a fair assumption the weather would be sunny, and an ideal opportunity to make use of the new Elinchrom HS Skyport for Olympus. My range of available modifiers was greatly restricted due to the weight restrictions of the airlines. That said, I had far more weight allowance than most of t he airlines, as I was flying with British Airlines. At the end of the day, I’d have gone down the same route with my choice of modifiers anyway.
It was a hot sunny day, and I was going to need to make the most of my flash to overpower the sun to reasonable level. The 18cm reflectors were definitely going to be my best choice. I didn’t want to go with a soft light, but rather a harder light source that would also be softened due to the second light source filling some of the shadows. I also wanted to capture as much detail and texture as possible with regards to the dress.
Frame left, I placed an ELB400 with HS head mated to an 18cm standard reflector at a height of just above six feet. This was set to fire at an output of 4.5. A second ELB400 was placed frame right, again with a HS head and 18cm standard reflector at a height of just over six feet and firing at an output of 5.2.
The HS Skyport trigger was extremely simple to set up. Turn it on, select setup, select sync mode and then select HS and away you go. And unlike selecting high speed sync modes on speedlights, the Skyport remembers your selection for next time you use it. (Hint : Mine is permanently selected!).
Olympus OM-D E-M1 1/4000th sec ISO200 12-40mm f2.8 @ f8

And another image. Same camera settings, although the light needed adjusting slightly up or down depending on the distance from subject. Notably the head frame right, as it was moved in closer for the portrait orientated image. 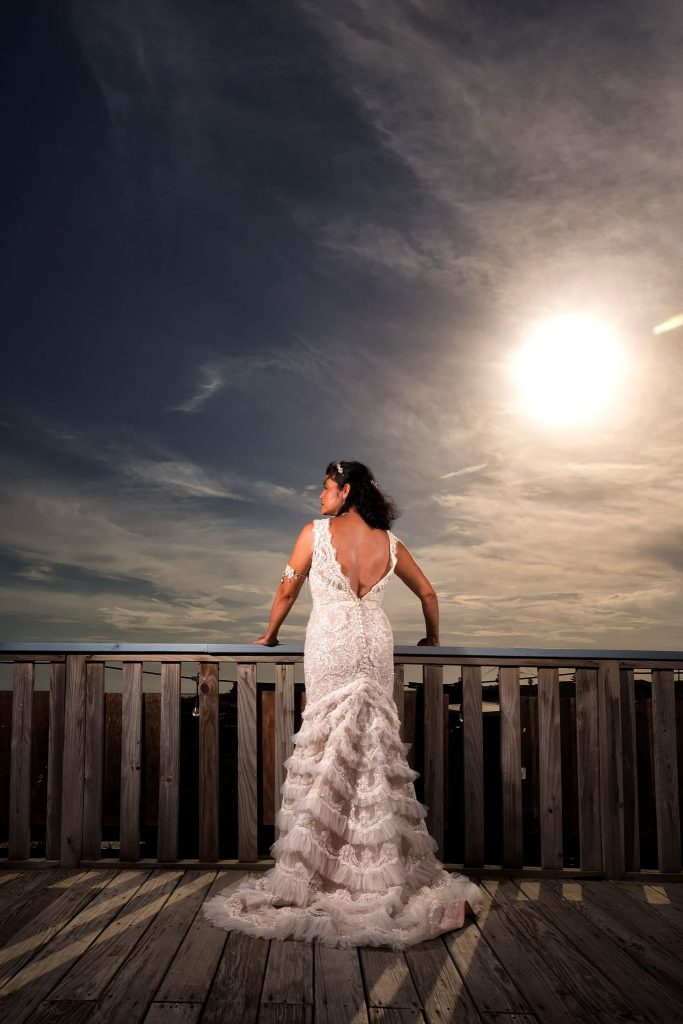 A few behind the scenes images. 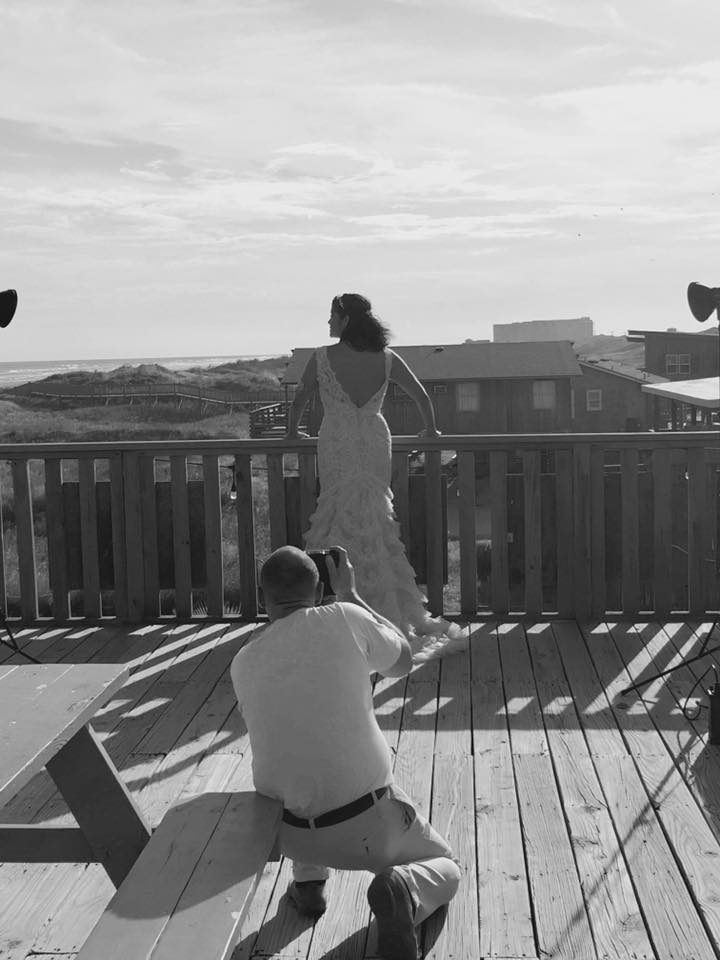 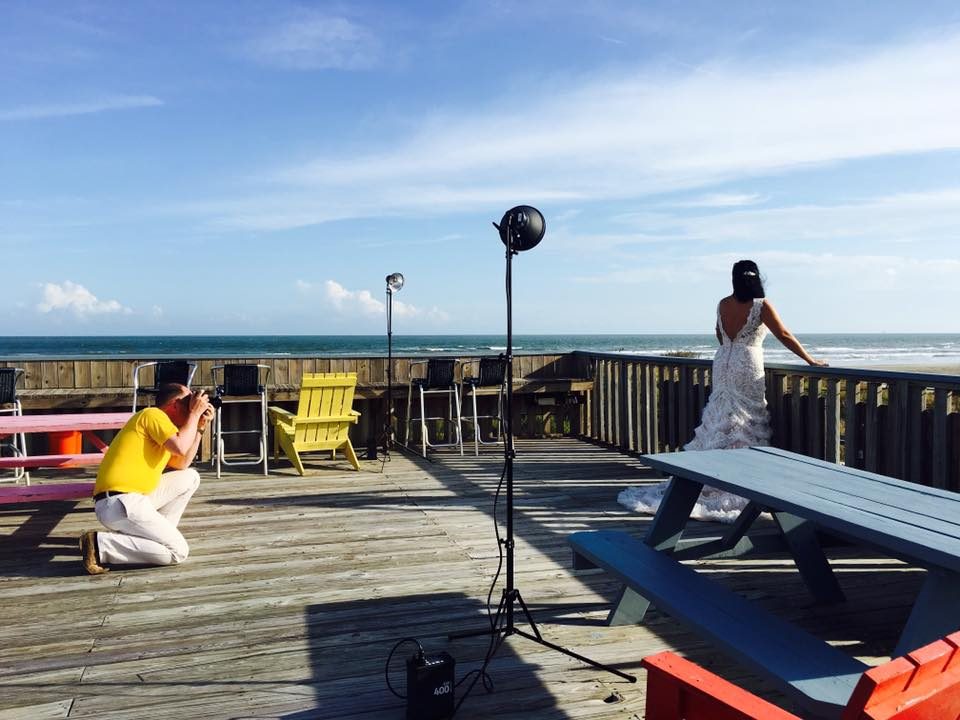 We then moved to the beach, which is all of a full one minute walk from the Beach Lodge. In this scenario, my intention wasn’t to crush the ambient as such, it was to reduce the depth of field to isolate Tiffany. Again I had one ELB400 either side, each with an HS head and 18cm standard reflector. The left was set to 4.5 whilst the right was set to 5.5 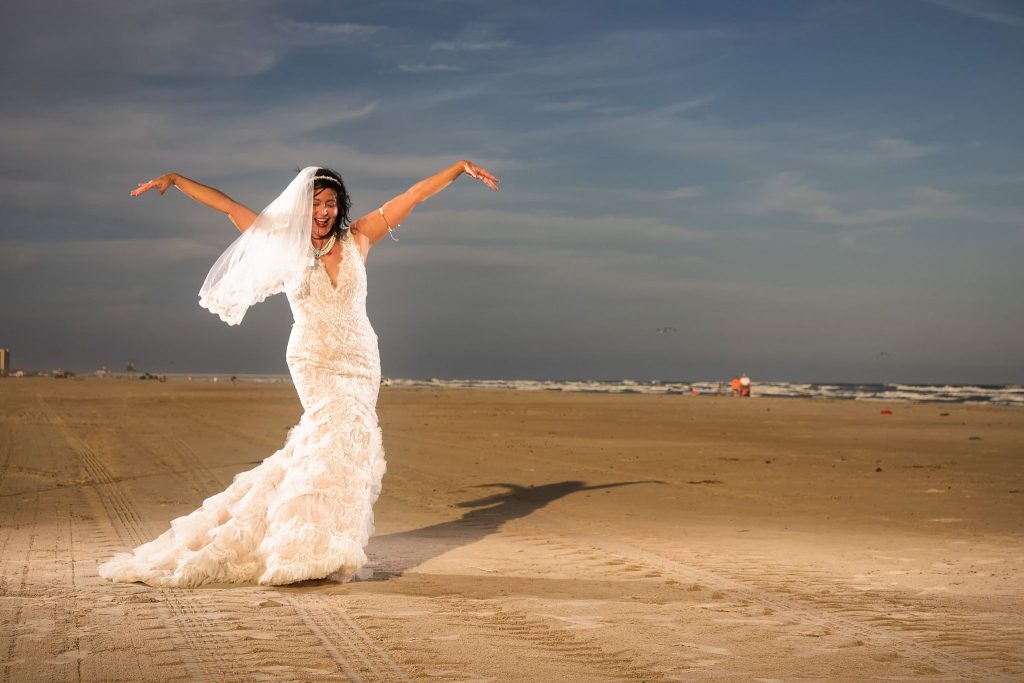 The following images were at the same settings. 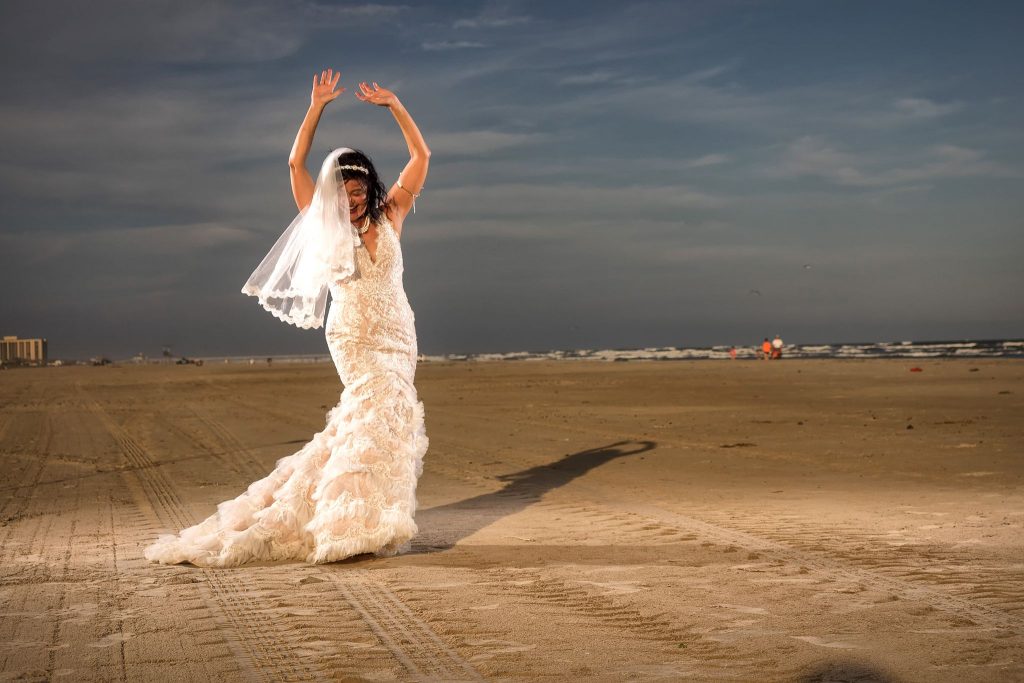 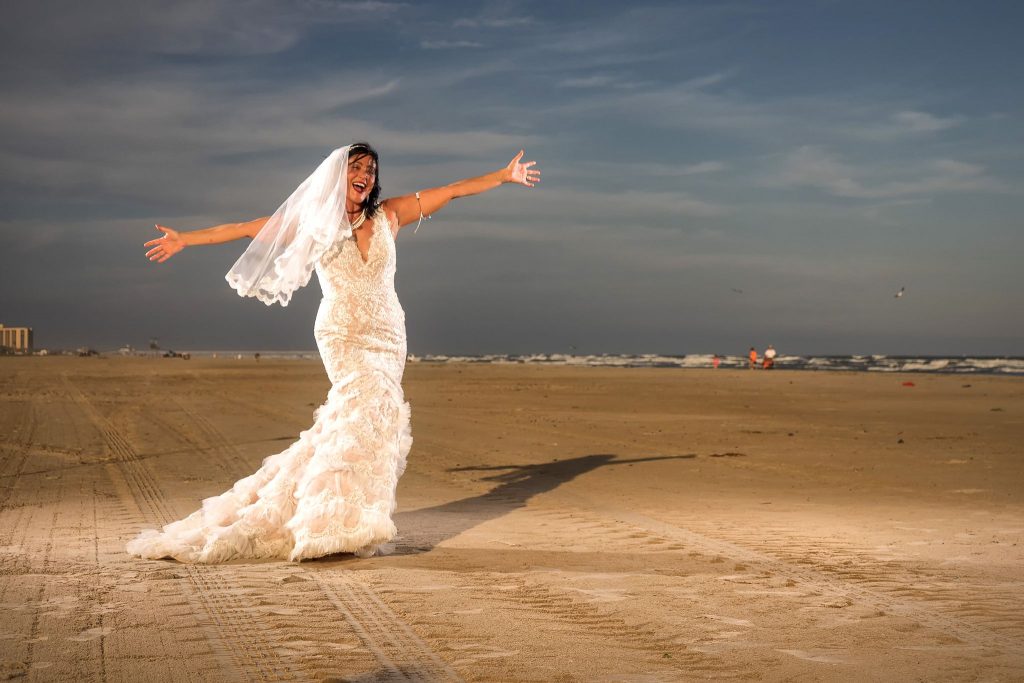 And I know it’s not really a BTS shot of the setup, just some fat guy in a yellow tee shirt directing traffic. 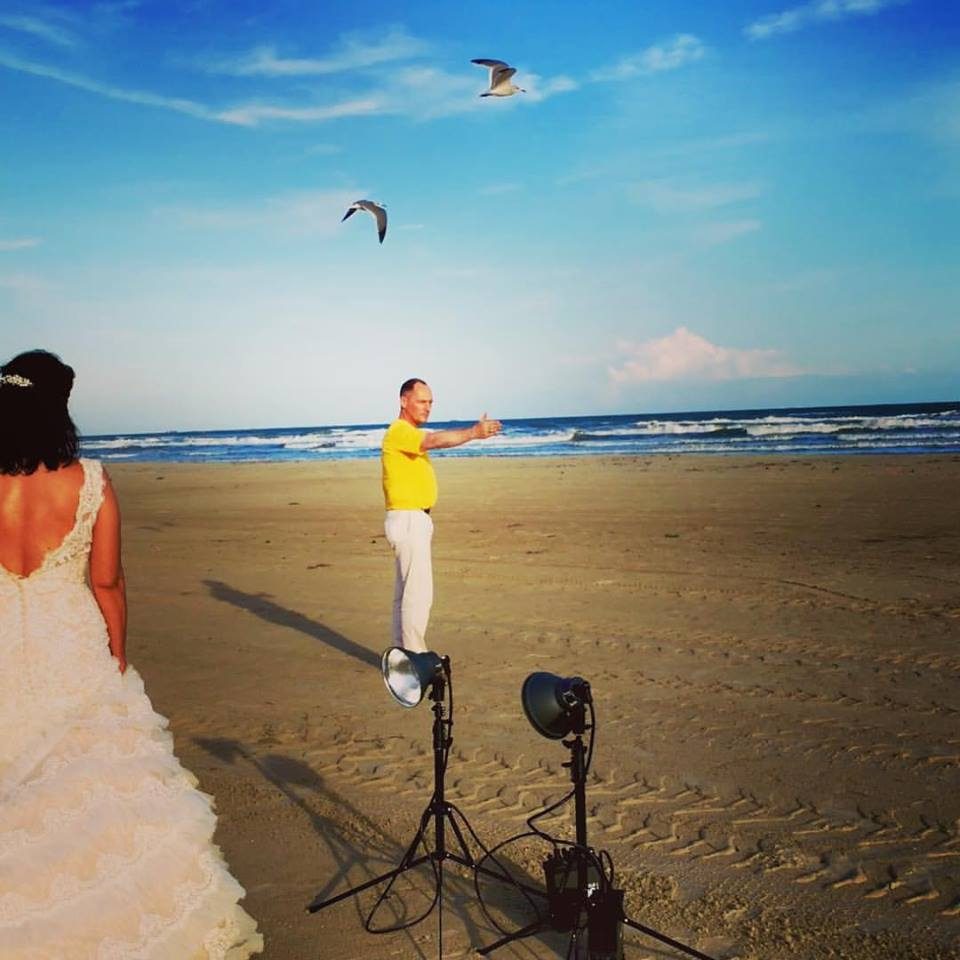 And finally, my thoughts on using the HS Skyport with Olympus?
It’s effortless!
Once set to HS mode, you simply forget about it, and take your cue from your image review. Increase your light output if you need it, or reduce it if a little bright. It couldn’t be easier or more reliable.

Many thanks to Tiffany Wood, who really should do this full time!
The PortA Beach Lodge can be found at www.portabeachlodge.com
The Elinchrom ELB400 kit and HS Skyport system came from www.theflashcentre.com