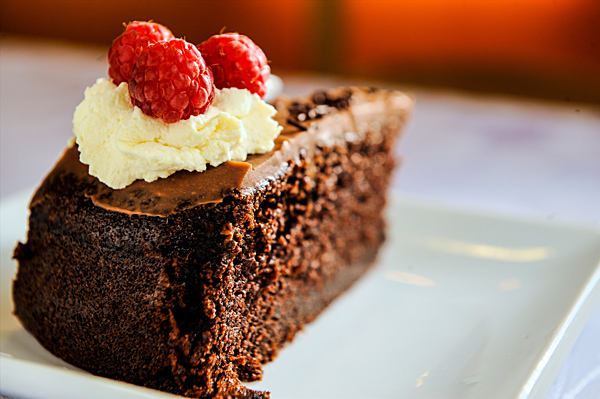 Food photography is one of my favourite subjects, and not because of the food. I actually don’t eat the food, I struggle to keep my weight down as it is!

No, the reason I enjoy food photography so much is down to the fact it can present so many challenges. First and foremost, I don’t mess with it. What you see are real dishes, exactly as they have been prepared by the chef. I personally believe that’s quite an important point. No one has ever pointed a finger and said “It didn’t look like that when I ordered it.” They get exactly what they have seen, and the chef’s are proud of that too. However, that’s also a bit of a problem with some food, because by it’s very nature, it can deteriorate incredibly quickly. I may have a matter of minutes to photograph a dish, before the sauce splits, or oil seeps from an Indian dish.

To mitigate this, I always ask for a cold dish first, which allows me to set my lights and exposure relative to the available ambient. It means I can take my time and sort it out so I’m in the ballpark when the hot dishes arrive. Sometimes the cold dishes are not intended to produce images for the client portfolio, as they aren’t that interesting. Occasionally, the images are retained by the client because they can use them on their social media. And sometimes, the cold dish is actually something the client wanted shooting anyway. Which leads me to the above image.

This was the initial setup shot for Whiteley’s Garden Centre, in Mirfield, West Yorkshire. As a setup subject, it had more challenges than most. The cake was a dark chocolate, which meant it would take a lot of light to create the specular highlights needed to bring out the texture. The cream was light in colour, obviously. That would create quite a contrast against the chocolate icing, and possibly too great a dynamic range to retain detail effectively in both.

Normally, I have my main light almost above the plate, simulating the overall ambient light. However, on this occasion, I chose to lower it, and have it aimed at 45 degrees down towards the cake from a position almost immediately camera left.

This provided the detail within the facing side of the cake. If you notice, the side of the cake is less exposed than the cut side of the cake. This is due to the fact I wanted to expose for the cream on top of the cake, which would otherwise have lost detail. The light source is a Lencarta Atom 360 firing through a folding 80×80 softbox, firing at 1/64th output. How come so low? Because I needed to pick up some of the ambient, which meant a combination of a slowish shutter speed of 1/60th sec, and a raised ISO of 400.

The second light is frame right and the other side of the table, providing the accent along the cut side of the cake. I needed enough light to highlight the rough texture of the cake, and it needed to be carefully managed so as the highlights were only just brighter than the rest of the cake, otherwise I risked completely blowing out the cream etc.

I used another Atom 360, this time firing through a gridded beauty dish at an output 1/32nd.