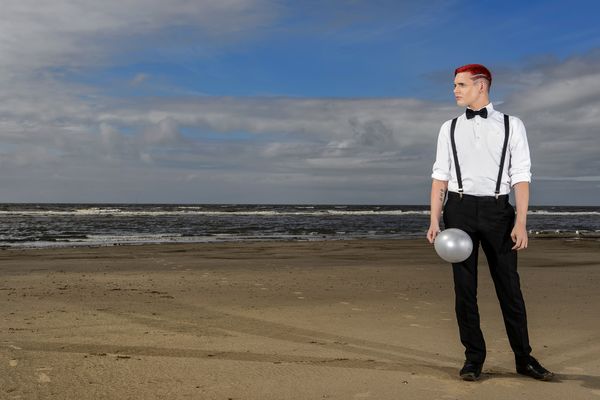 This was another assignment for Rachel Mason, educator at Alan Howard Training, and all round good egg. And as usual, Rachel gave me a scanty outline as to what we would be doing (“Just a few shots in Blackpool…”), which bore little resemblance to my unfolding day!

So, being told I would photograph a couple of models in Blackpool, I of course dressed accordingly. I did not dress to go skipping across the wet sand of Bispham beach! Nor was I suitably equipped to run the two minute mile when the tide came in!

I think Rachel just likes to make me suffer 🙁

ok, less of the self pity and more of the images. This first image features Jack Dalby, and is technically only the lighting test, hence the balloon. However, the lighting was spot on, and I liked the result. In all honesty, I don’t expect anything from the first fifteen minutes of a shoot, as it can take a little while for a model and photographer to settle into a routine together, and for them both to understand the aims of the brief, and what is expected. I’ve found Jack to settle in quicker than most, and again on this occasion, I actually got a keeper with the very first shot of the day.

I had metered the ambient, and then effectively underexposed the scene by a stop (EV-1.0).

My main light came from a Lencarta Atom 180, firing through a folding 90cm Octa camera left with an output of ½ power.

I also had two speedlights camera right, again both set to ½ power and basically only firing through a stofen type diffuser. Why a stofen? (yes, I can hear all you folks bemoaning the waste of light and power yadda yadda yadda!) For one, it spills the light to the foreground, and also gives me a visual indicator the speedlight has fired if it’s side on to me. 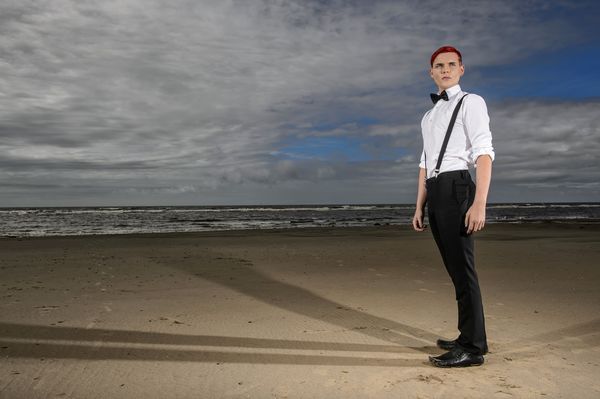 The lights remained where they were, but I had taken a few steps to my right, to include more of the cloud cover in my frame. This time I wanted to reduce the ambient further, and resorted to using the Lencarta Mach 1n transceivers, allowing me to use a shutter sync speed of 1/1250th sec, and the darker background is quite obvious. This produces a bright spot within the frame, where Jack literally pops from the image. The Atom and speedlights had to fire on full power to sync using the Mach 1n. 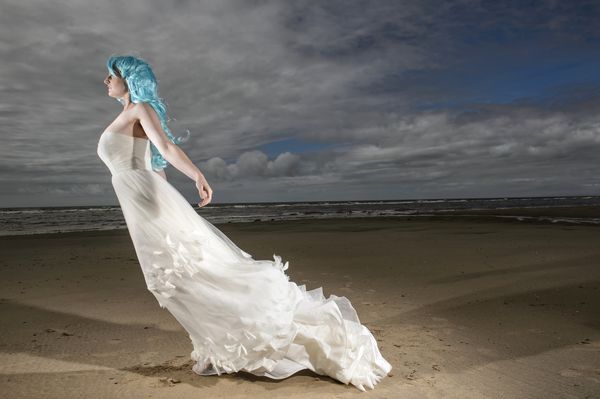 Meet Kayleigh Jo Daffern, a lovely young lady who’s worked with Rachel and I before. Here the lighting remains the same, although moved slightly in towards Kayleigh, as the framing will be a little tighter. Again, the Lencarta Mach 1n was used to raise the sync speed.