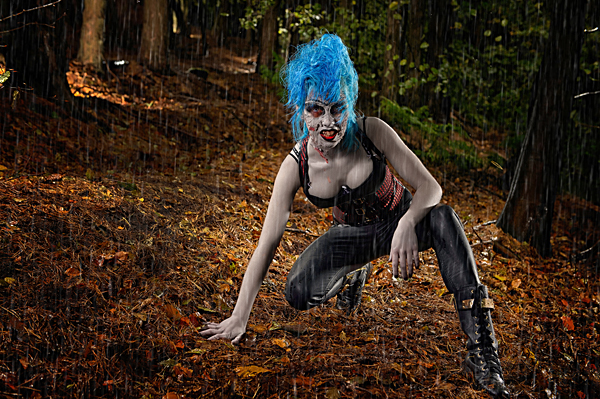 Newchurch-in-Pendle is well known for it’s history of Witches and Witchcraft. Maybe not so much with Vampires!

Meet Sarah Hillier, a good friend of mine, and fascinated by anything remotely vampiresque.Mind you, best not to mention anything about twinkly fairy like vampires, that feature in the recent Twilight series of films. Sarah is a traditional, died in the wool, classic vampire fan. Blood, gore and definitely bad looks!!!!

Mention twinkly stuff, and you’ll likely get a good thumping!

Anyway, the weather was kind to us, and was suitably wet and miserable, which is great! I dragged the team along, including our new Creative Director, Lisa Thomason (who also owns Big Horse Design), who in turn, brought a very good friend of her’s along too. Brandon the Lion. Mascot and well known celebrity for the Cystic Fibrosis Charity.

This was also a good test for the Lencarta Atoms. Talking of which, there are two 360s either side, and a 180 in front.

The front one was mated to a 120cm Octa through a custom ‘S’ fit adapter, firing at 1/8th output.

The two either side were firing through the Atom specific beauty dishes, with fitted grids. 1/8 output and closer to Sarah than the Octa.

If you look closely, you can see the landscape is also lit in various parts. This was done with a further seven speedlights, all at about 1/8th output, firing through a stofen type dome to aid spread.

As always, the hero gets the girl! Brandon in his best halloween outfit.

Same lighting setup as above. 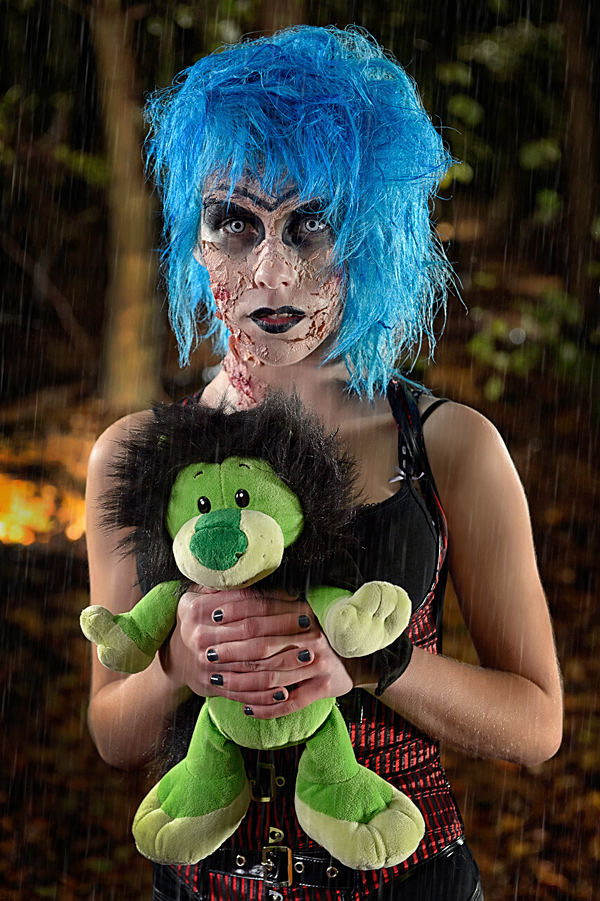 Same lighting setup as above, but with a slight tweak to positioning due to Sarah standing 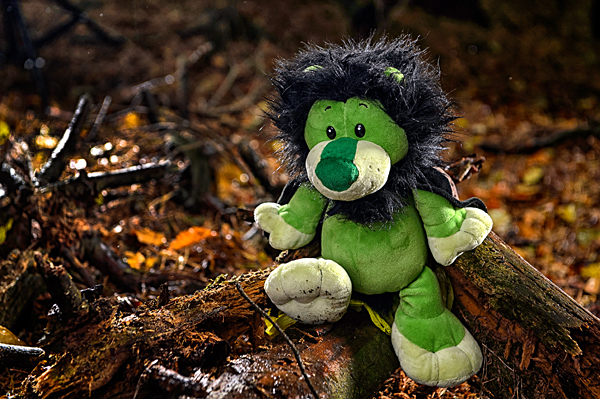 Brandon in a relaxed mood after his shoot.

The Atom 180 with the 120cm Octa is just camera leaft, providing the main light. All similar power output to previous images

Hair was crafted by Duncan Fisher of L’Hairport fame