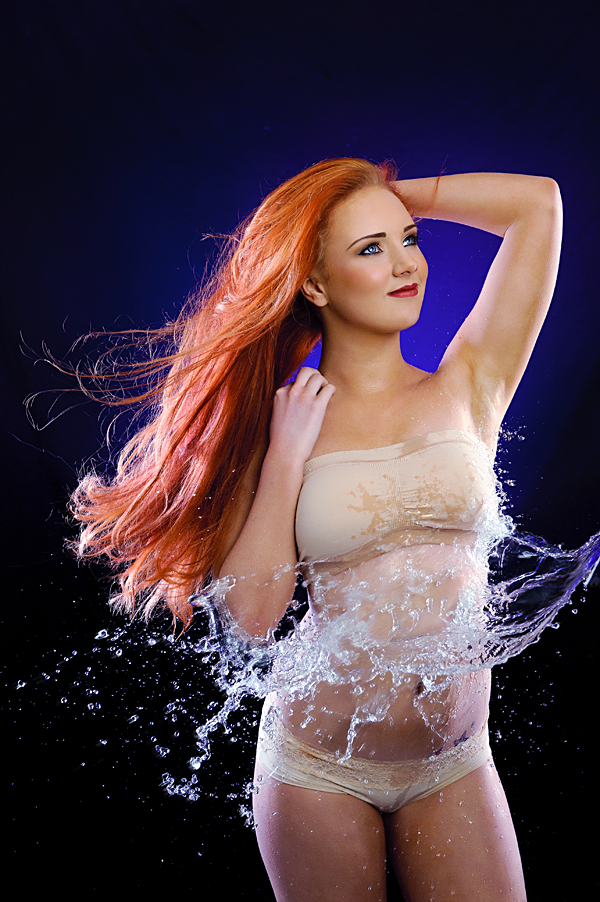 Remember young Mollie? Well, I tested our friendship with this particular shoot. I’d previously shot some images with the Lencarta SuperFast heads and Emma, and felt I couldn’t really subject Emma to the same sort of treatment. This particular shoot was to produce the promotional video for the heads, and would involve water, milk yoghurt and colourants. Yep, it was going to be messy and smelly!

The above image was a little later into the shoot, as we started with balloons filled with water that were to burst as Mollie caught them. More on that a little later. Anyway, back to the above shot.

We had four heads in use here, although to be honest, I think three would have done fine. Starting from the back and camera left, we had a SuperFast 300Ws head providing an accent light across Mollie’s hair, and also providing separation for her hip and thigh against the dark background. It was firing through a 30x140cm gridded stripbox at an output of 1/16th. Frame right and further back we have the second accent light, again utilising a SuperFast 300Ws, and again firing through a gridded 30x140cm stripbox at an output of 1/16th.

The main light was provided by a SuperFast 600Ws just camera right and firing through a 70cm gridded white beauty dish at an output of 1/16th. It was just above head height and angled down towards Mollie. All heads were adjusted and synchronised using the dedicated wireless remote system.

The image is from a sequence shot with a D3 firing at 9 frames a second. The SuperFast heads recycled and fired each and every time. The only reason to cause me to stop shooting was the camera buffer being full. The rapidity of the firing can be seen on the video.

There’s an additional SuperFast 600Ws behind Mollie that was used to light the black backdrop with a blue gel. Firing at minimum power through a 30° grid on a standard reflector. This head is additional, and you can manage with the three to get the same image. 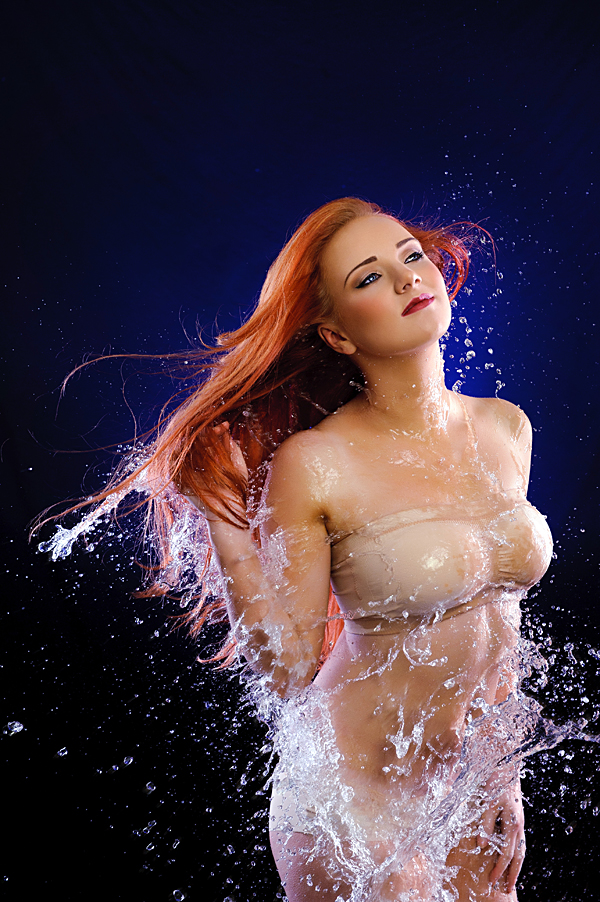 Exactly the same setup as above, but with Mollie being attacked from both sides this time.

Below are a couple of shots from the aforementioned sequence with a water filled balloon. 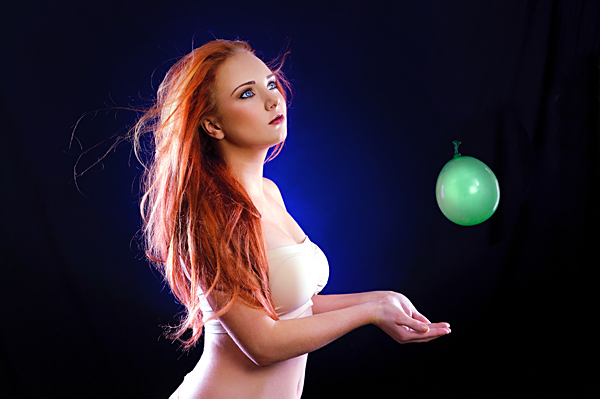 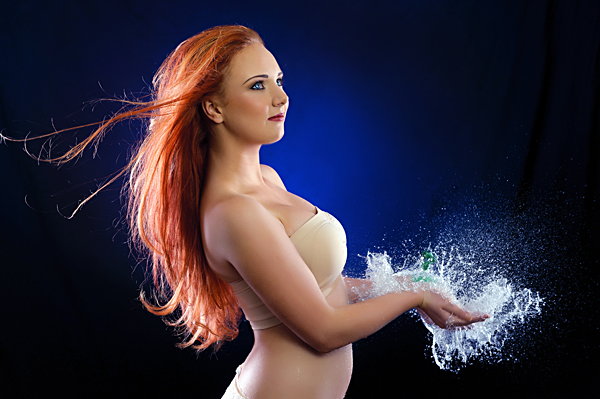 Same setup as outlined above. Mollie found it a little difficult to settle into this particular sequence to beqin with, as she expected the balloons to “explode”, and therefore flinched each time. Once she settled though, she coped admirably! 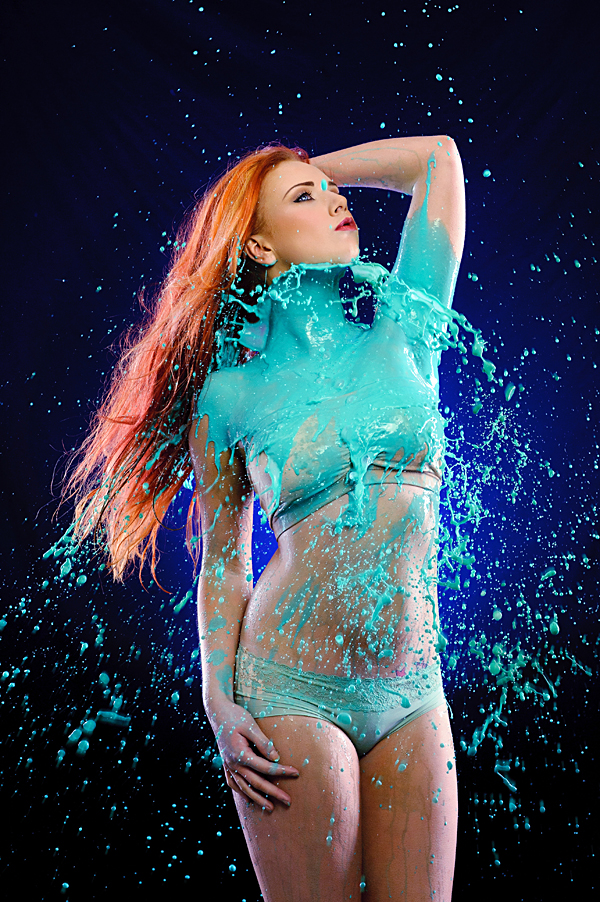 This is where it got a little more interesting, insofar as the colour became more vibrant with the use of milk, yoghurt (to aid the viscosity) and the food dye.

Again, exactly the same lighting setup as outlined above, and shot in burst mode at 9 frames per second.

Finally, we set about carefully throwing milk at Mollie (who may not describe it as careful!), with the idea of photographing each throw with Mollie staying in exactly the same position, and compositing the milk shots together to create a final image. 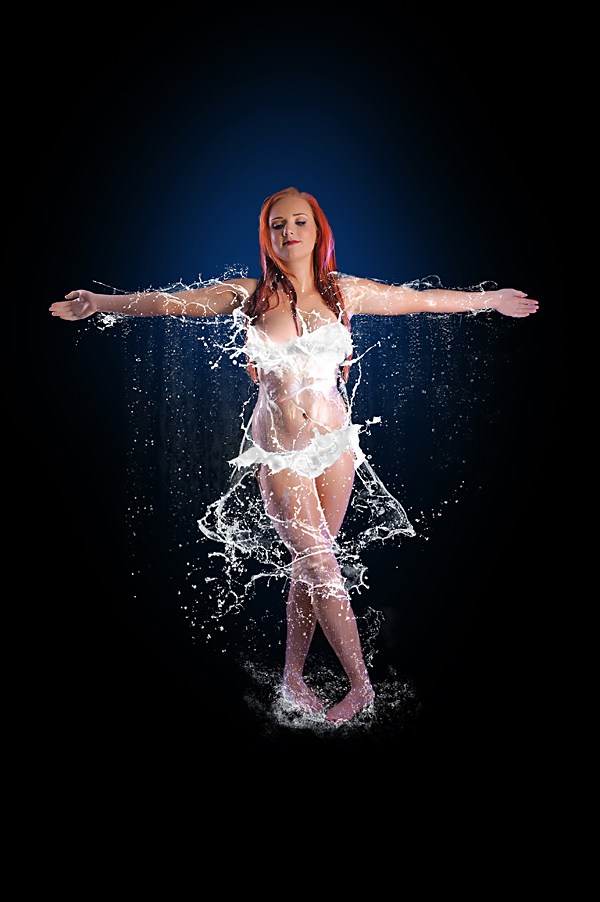 The video was shot by young Kate Harling, the big cheese over at Marmalade Toast. I’ll show you the video in the next blog entry, which can be seen here.

Our model was of course the ever suffering Mollie Woodhead.

Makeup was provided by Daniella Jepson.

Chief chucker was Garry Edwards. (Mollie, it was all Garry’s fault!)