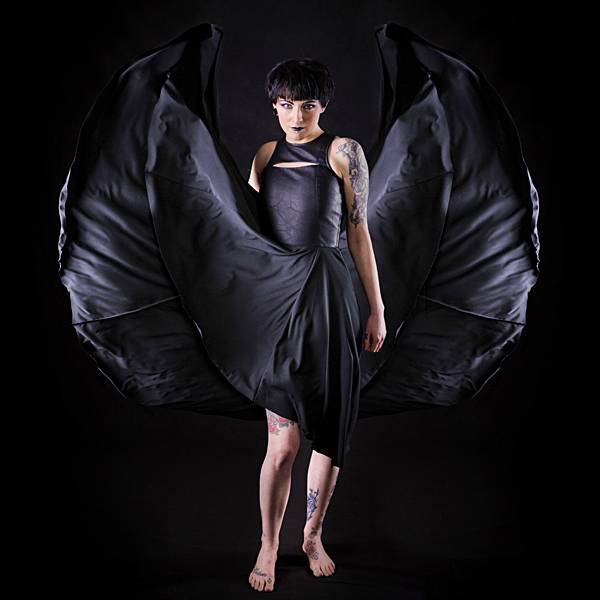 This was part of the shoot for the “lifestyle” images for the Lencarta 2013 catalogue. The above image is how I envisaged the original concept, but due to time restraints and the fact the dress didn’t actually throw to both sides simultaneously without displaying underwear, we settled on the image lower down for the index page of the catalogue.

The model is the irrepressible Emma Jenkins, and she was a particularly good sport later that day when we threw milk at her. This particular shot was to emphasise the action freezing ability of the SuperFast heads. There was a SuperFast 300 frame left, and in line with Emma, firing through a 30x140cm gridded profold stripbox. The idea was to have Emma throw her dress hem upward, in line with the stripbox, so that the light would skim across the fabric and highlight the texture and shape. Great idea, but it turned out to be rather difficult in practice. Emma only had to throw the dress slightly forward, and the hem would cast a shadow across the whole of the dress, so no detail would be seen. Or should Emma throw it slightly further back, and the whole of the raised dress would be bathed in light, and the structure and texture would be lost. Meh!

Give Emma her due, she was extremely patient, and kept going till we had the dress lit exactly as I had envisaged. More to the point, I had wanted quite an intense look from Emma as she threw the dress up, and she managed the same pose and look each and every time. What a star!

The main light is provided by a SuperFast 600, firing through a gridded white 70cm beauty dish, camera left, and at a height of around seven feet, and angled down towards Emma.

Another SuperFast 300 provided the accent light camera right and a little further back than Emma, and again firing through another 30x140cm gridded profold stripbox.

The image below is the original one used within the catalogue, and whilst I was very happy with it, I felt a little disappointed I hadn’t had time to get to the final concept I had originally come up with. A simple duplication and then flip of the image, allowed me to “shop” in the 2nd wing. Personally, I like the original image we had, but I prefer this one. Probably because it now reflects my original intention. That, and the fact it does manage to capture the wicked side of Emma 🙂 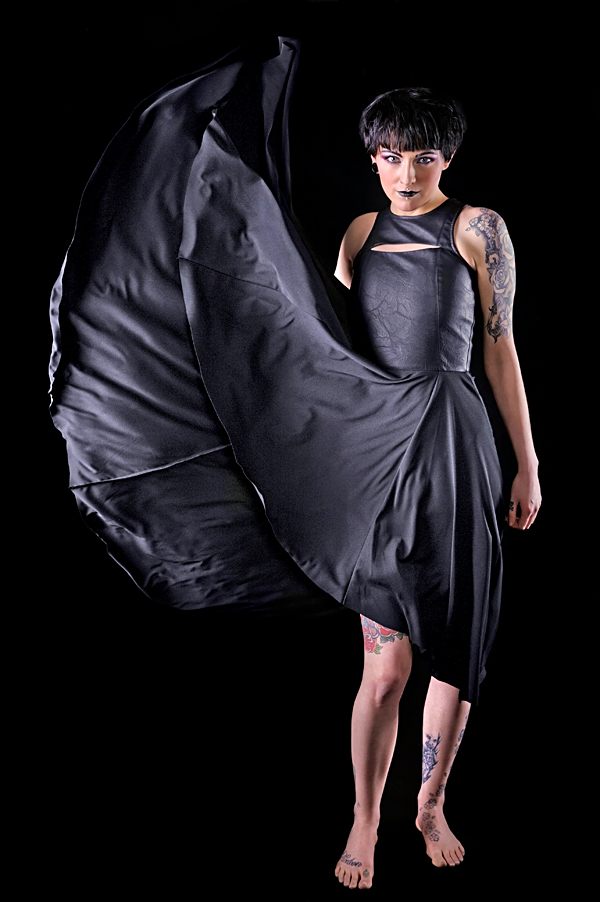